How to Remove Invasive Plants

Johnson grass and cockleburs—here’s the best way to eliminate them.

One of the biggest problems with warm season food plots is weed competition. Some are grasses and some broadleaf weeds, but they are all an eyesore and steal moisture and nutrients from your wildlife plots.

Here are two of the most common food plot weeds in the South. It seems to be giving a lot of food plotters problems this year in their fields across the country. Most anyone who has spent time farming or food plotting is familiar with Johnson grass. If you don’t have any to deal with on your property, count yourself blessed.

It’s a notorious invasive weed that is very drought-resistant, fast spreading, and can be tough to eliminate. Johnson grass is a tall perennial grass that has adapted to a variety of habitats ranging from old fields to wetlands, farmland, and everything in between.

“Johnson grass is a very aggressive plant that spreads quickly through seeds and rhizomes, and competes heavily for root space in food plots and row crops.”

Johnson grass is a very aggressive plant that spreads quickly through seeds and rhizomes and competes heavily for root space in food plots and row crops. It also puts off a toxin that keeps other plants from being able to grow in close proximity. Johnson grass and other problem grasses can be controlled with non-selective herbicides such as glyphosate-based Round-Up or grass-specific herbicides, including Weed Reaper, TapOut, or a chemical equivalent using clethodim as the active chemical. 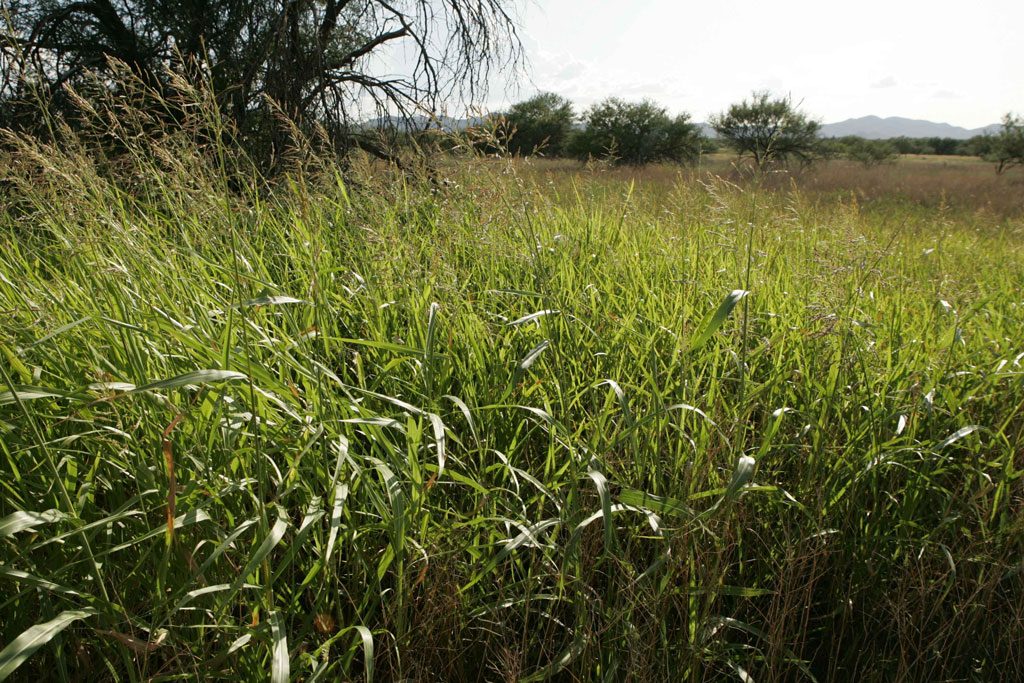 The key to controlling the invasive plant, Johnson grass, in plots is to spray when it is young (less than 18 inches) and in an aggressive growing stage. Left untouched, it will go to seed stage and grow to five to eight feet tall, creating a scenario where a non-selective herbicide is your only choice.

Mowing is not recommended, especially if it’s in a seed stage as this will only spread seeds and encourage new growth and spreading of rhizomes. If you spot Johnson grass or any other unwanted invasive grasses in your plots this year, be sure to spray when they are young to get a good kill and control these unwanted plants. They can quickly overtake a plot and spoil your hard work.

Another very common food plot weed in the South is the cocklebur plant. This invasive plant is a herbaceous annual easily recognized by its prickly bur-like fruit that sticks to clothing and is most painful on accidental contact with skin.

The burs, which contain two seeds, help spread the plants by clinging to animal fur and people’s clothing. In North America, there are several species that grow. All are very similar in appearance.

In row crop fields, floodplains, and unattended fields, they can grow to be solid stands and are also very poisonous to livestock. Cockleburs can become problems in many food plots, CRP, and other plantings that are meant for wildlife improvement. Cockleburs are readily controlled with the herbicides and should be sprayed and eliminated when young plants begin to develop. 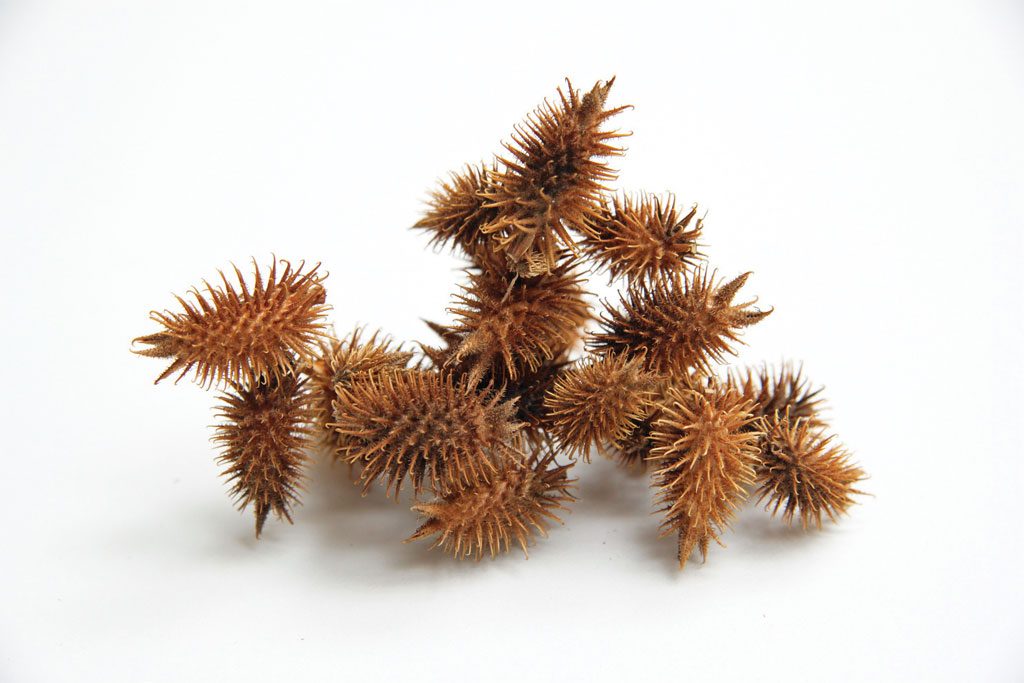 In annual summer legumes such as peas, beans, or lablab, cockleburs and other broadleaf weeds can be sprayed with imazamox (Raptor). 2,4DB is also a good choice of herbicide to kill cockleburs in legume plots, corn, and sorghum.

As big of a nuisance as this plant has been to farmers and ranchers for so long, the plant has some unique characteristics that have led to some surprising discoveries. Known as a short day plant, cockleburs flower anytime a single day has less than 15.5 hours of light. This stimulates the bloom and production of the burs.

The plant’s ability to tell time so precisely has led to it being used in countless studies and experiments on plant response to day length and photoperiod. Another less-known fact about this problematic weed was its part in the invention of one of the most useful and well-known fabrics in the world.

This wonder fabric called Velcro was pioneered after a Swiss engineer noticed his wool socks and dogs fur were covered in the spiny fruits of the cocklebur plant. After further investigation, the microscopic hook-shaped ends were revealed and their ability to stick to fabrics, specifically ones that had a closed loop. This process was duplicated using nylon fabric and called Velcro.

Keep in mind when planning a work day in grownup fields or food plots, there may still be late-nesting turkeys as well as newborn fawns using it as cover. Do a walk-through or slow drive through on an ATV to check for active turkey nests or fawns that may be hunkered down.