Although temperatures can get a bit toasty, summer is a great time to enjoy observing Alabama’s more than 430 bird species. From bald eagles in Guntersville State Park, to rose-breasted grosbeaks on Dauphin Island, the state teams with not only a diversity of birds, but beautiful locations for observation.

In fact, the state has its own birding trail which boasts 270 stops along a series of eight trails that have been 10 years in the making. Alabama Birding Trails include the best locations available in the state to watch birds throughout the year.

As interest in wildlife observation increases, so does the use of Alabama’s impressive birding trails. In fact, many birders are traveling to the state to take advantage of Alabama’s amazing biodiversity, which is second in the number of plants and animals only to Florida in the Eastern U.S. 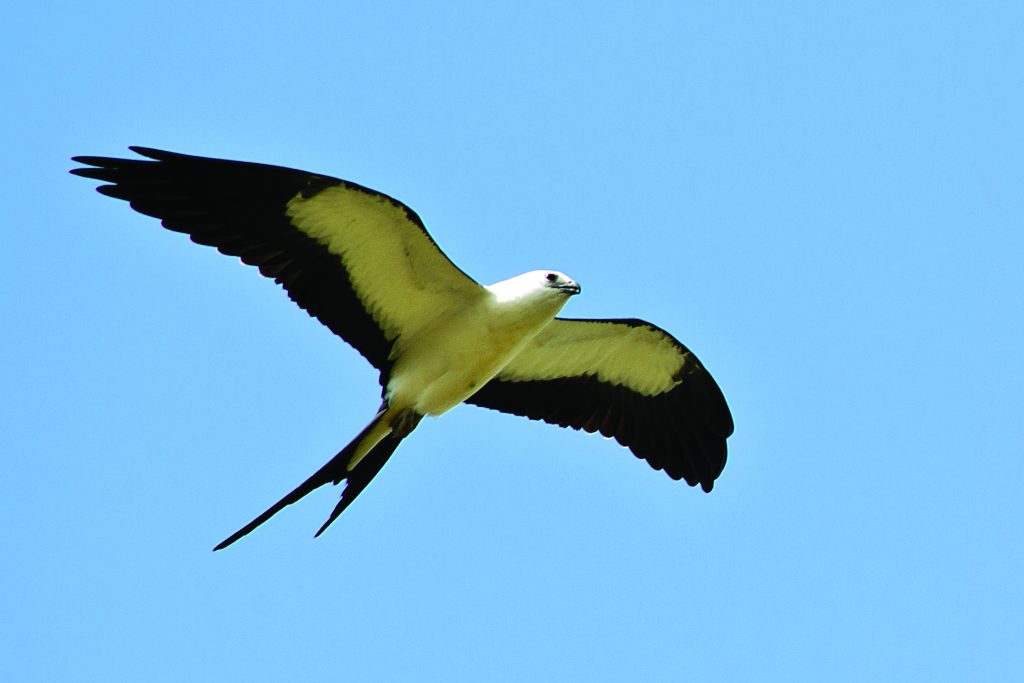 Joe Watts, a consultant with the University of Alabama Center for Economic Development, said the state’s system of trails was completed in 2013 and offers birders a variety of habitats and opportunities for seeing unique species throughout the year.

“Someone traveling to Alabama for the purpose of birding can rack up over 100 birds in a day,” Watts said. “You can see anything from a bald eagle to a hummingbird in one day.”

While all of Alabama’s birding locations offer opportunity for spotting numerous species during the summer months, Watts recommends visiting the Black Belt Birding Trail for the unique opportunities of seeing wood storks at the catfish ponds and swallow-tailed kites soaring overhead.

The eight Alabama Birding Trails are comprised of a series of cohesive trails and loops marked as a part of a state-wide system.

characteristics. The diversity of habitats is as plentiful as the species of birds and other watchable wildlife found on and around the Tennessee River, grasslands, valleys and forests.

The coastal region offers the annual Alabama Coastal BirdFest in October and features activities that can be enjoyed by both the avid birder and the amateur seeking an outdoor weekend getaway.

Looping around delta bottomlands, Mobile Bay, and the sandy terrain bordering the Gulf of Mexico, this trail highlights 50 of the most frequented birding spots. The trail region is an important stopover for spring and fall Neotropical migrants.

The name highlights the region of Alabama named for its rich black soil. The terrain formed by the meanderings of the Black Warrior, Tombigbee and Alabama rivers is home to numerous species of flora, birds and other wildlife. Explore the biologically diverse state parks and other natural habitats.

Found in the eastern/central section of Alabama, the Piedmont consists of low hills, ridges and sandy valleys. There are eight counties which offer great wildlife experiences such as Cheaha State Park (Alabama’s highest point), Lake Martin, Fort Toulouse National Historic Park and many others worthy of a visit. 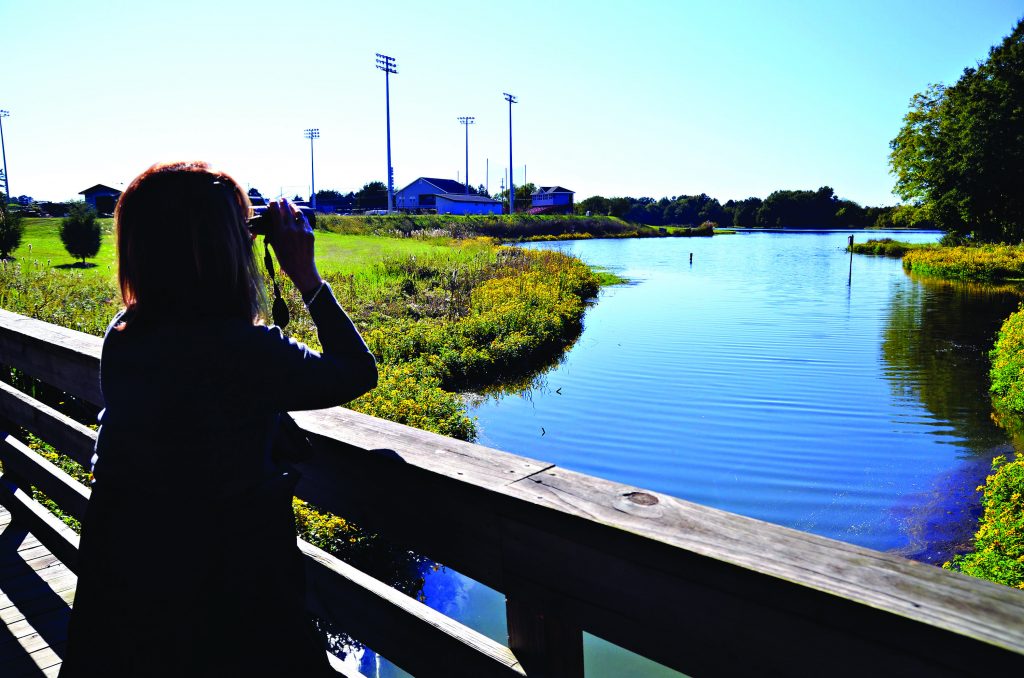 Logan Martin Lake and the Coosa River should provide great birding experiences along with Cheaha State Park, Oak Mountain State Park and many other sites scattered throughout this 10-county region located in the northeast central section.

Named after the tough grass that once grew among pine forests, this 10-county region is

nestled in the southeastern part of Alabama. Some of the best birding can be found in the Eufaula National Wildlife Refuge based on 281 documented species.

The Piney Woods Birding Trail links 22 outstanding birding sites in Washington, Clarke, Monroe, Conecuh, and Escambia Counties in southwest Alabama. These sites are organized into three loops, each with its own distinct character and birding opportunities. In each site description, you’ll find driving directions, birding opportunities, and other available recreational activities.

The state birding trail is a collaborative project between the Alabama Tourism Department, the University of Alabama Center for Economic Development, the Alabama Department of Conservation and Natural Resources, and the Birmingham Audubon Society. Chambers of Commerce across the state have taken great pride in the project, as have federal partners, the U.S. Army Corps of Engineers, National Forest Service and others.

For more information about Alabama Birding Trails, check out www.alabamabirdingtrails.com.

Be sure to also check out the Alabama Birding Trails new smartphone app at www.alabamabirdingtrails.com/app.