Red snapper season 2022 in the Gulf of Mexico is not only a great recreational opportunity and a chance to bring home one of the tastiest fish in the sea, it’s also an economic engine that brings tens of millions of dollars to the states around the Gulf each year.

So the annual setting of the inshore season, now controlled by the five gulf states, is of more than passing interest not only to anglers, but also to the thousands of marinas, boat dealers, tackle shops, motels, restaurants and other tourist infrastructure around the Gulf—it’s boom time when the fishermen come to town.

Fortunately, there are a whole lot of red snapper out there according to the most recent and detailed studies.  A new scientific study from the Harte Research Institute of Texas A&M indicates there’s an overall abundance of red snapper in both state and federal waters.

The three-year study estimated there are some 118 million fish two years or older in the Gulf of Mexico, many times what the previous NOAA estimate was. 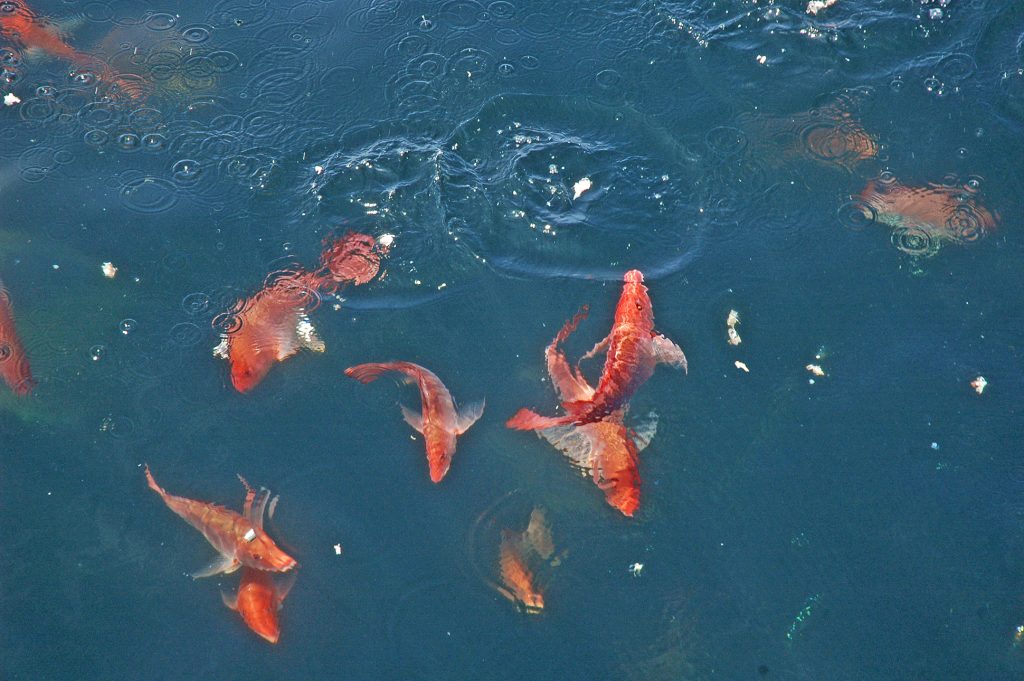 Abundant red snapper populations in the Gulf of Mexico promise lots of scenes like these this summer as states open their inshore waters to harvest. (ADCNR, David Rainer)

Fisheries managers report that the fishery is “not overfished” and “not undergoing overfishing”, two terms used by biologists to indicate when restrictions are needed.

However the distribution of age classes is skewed toward younger fish—there are few of the largest fish available due to long term overharvest prior to the current regulations. Red snapper can live up to 60 years, but there are currently few that are over 20 years old in the Gulf, a sign that the fishery still needs careful management.

While it’s always better to manage fisheries on the side of caution because a collapse of a fishery can take a long time to rebuild and cause huge economic and environmental harm, managing too conservatively can also cause economic issues as well as needlessly restricting recreational opportunities.

The majority of the “new” fish the Harte Report discovered were not on known reef locations but on “uncharacterized bottom”, where anglers do not target them.

Some 30 percent of fish tagged on the known structure were re-caught in short order, so clearly fishing pressure can clean out the spots where sonar reveals their presence. 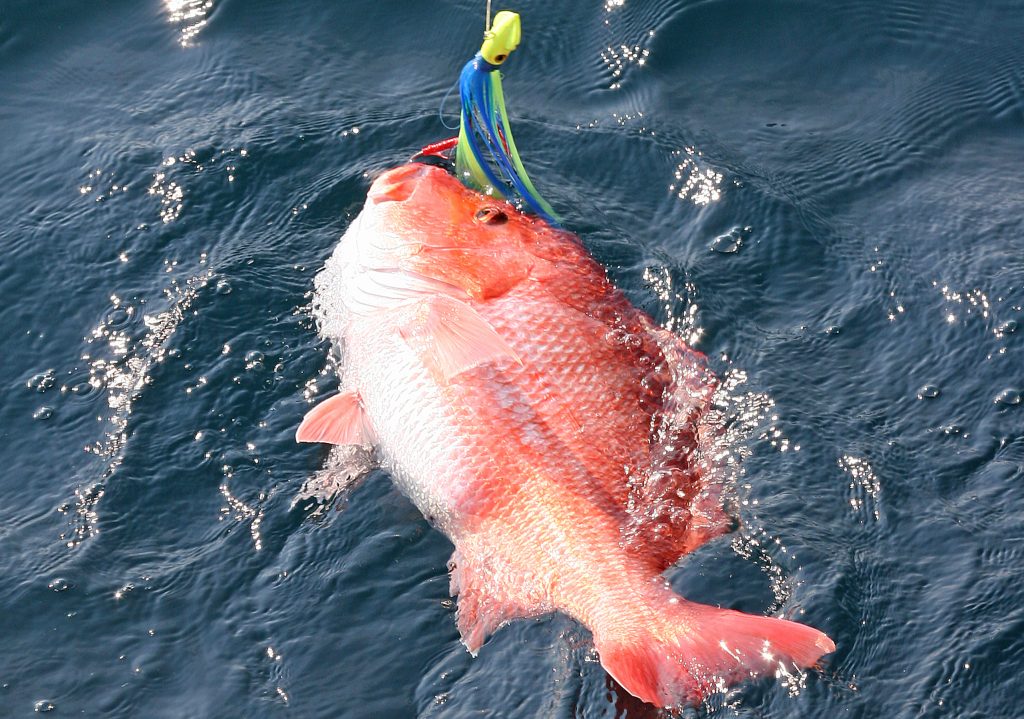 Lots of keeper size fish mean most anglers fill their limits quickly when the season opens. (All from ADCNR, David Rainer)

Still, there’s a very large “bank” of fish that can replenish these spots if given time.

As in the past, the state waters in the Gulf are defined as those extending out to nine nautical miles offshore. From there to 200 miles out, federal rules hold sway.

There are separate seasons for private anglers fishing from their own boats and for those fishing with charter captains and on headboats, provided the captains hold the federal red snapper endorsement.

Here are some of the factors driving what the regulations will be for 2022:

Under the federal system, Florida anglers get 44.8 percent of the quota, Alabama anglers about 26.3 percent, Mississippi 3.6 percent Louisiana 19.1 percent and Texas 6.2 percent.

NOAA Fisheries reports they are currently working to combine their Marine Recreational Information Program (MRIP) estimates with the new estimates from A&M  to come to a figure that can be used to manage the fishery into the future, and that will ensure state data are used in a way that is compatible with historic estimates produced by NOAA Fisheries’ Marine Recreational Information Program. The incorporation of multiple data streams into comparable time series of recreational catch is expected to improve stock assessments.

You can read more about the effort here.

Scott Bannon, director of Alabama’s Marine Fisheries Division, says this season is shaping up to be similar to last year.

“We anticipate our quota for this year will be similar to last year’s, which was 1.12 million pounds,” Bannon said. “If the fishing effort is ‘normal,’ and the weather is favorable, we’ll fish probably 30 to 40 days, depending on the effort.”

While this Alabama snapper season 2022 is projected to last around 40 days, the 2021 season was open for 124 days due to several factors including extended bad weather that kept most anglers off the water until late in the year. 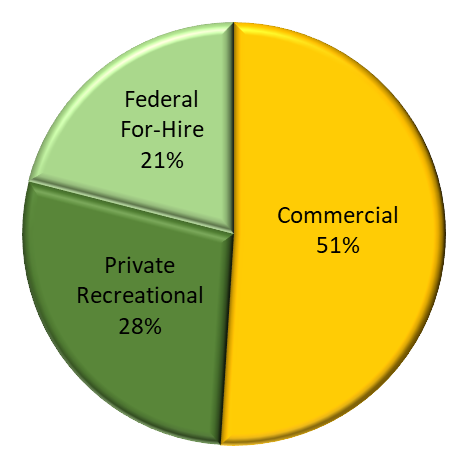 In Alabama, the season in state waters is set to open Friday, May 27th, and continue until the recreational quota is met. The days open for red snapper fishing run from Friday at 12:01 a.m. to Monday at 11:59 p.m., only—there’s no fishing the rest of the week, allowing an extension of the season. The limit is two daily over 16 inches.

Alabama will continue to use the Snapper Check app to monitor shore, private vessel and state charter angler landings during the season and will provide weekly updates at outdooralabama.com. The exact Alabama private angler quota for 2022 has not yet been provided by the NOAA Fisheries. MRD will announce a season closure date when the 2022 quota is anticipated to be met.

The 2022 Florida Red Snapper season will total 57 days. The 45-day summer season will begin on June 17 and continue through July 31. The 12-day fall season is the longest fall season since the beginning of state management and spans the following dates:

113% of Florida’s quota (1,913,451 lbs.) was met during the 2021 season. The state will lose that extra 13 percent in the coming season via fewer fishing days. Check www.myfwc.com for the most current details.

As with previous years, a mid-season closure will allow for Mississippi Department of Marine Resources (MDMR) staff to compile landings information and examine the potential for a season extension. The season will be open seven days a week in both state and federal waters.

The season will close if the annual catch target (ACT) for recreational fishermen is projected to be reached at any point after the season opens. One angler per vessel per trip is required to report through the MDMR Tails n’ Scales system on the catch for the boat. Visit tailsnscales.org to download the app. For more, visit the DMR online at dmr.ms.gov.

The 2022 private recreational red snapper season will begin on Friday, May 27 in both state and federal waters. The season will run weekends only (Friday, Saturday, and Sunday) with a daily bag limit of three fish per person and a minimum size limit of 16 inches total length. 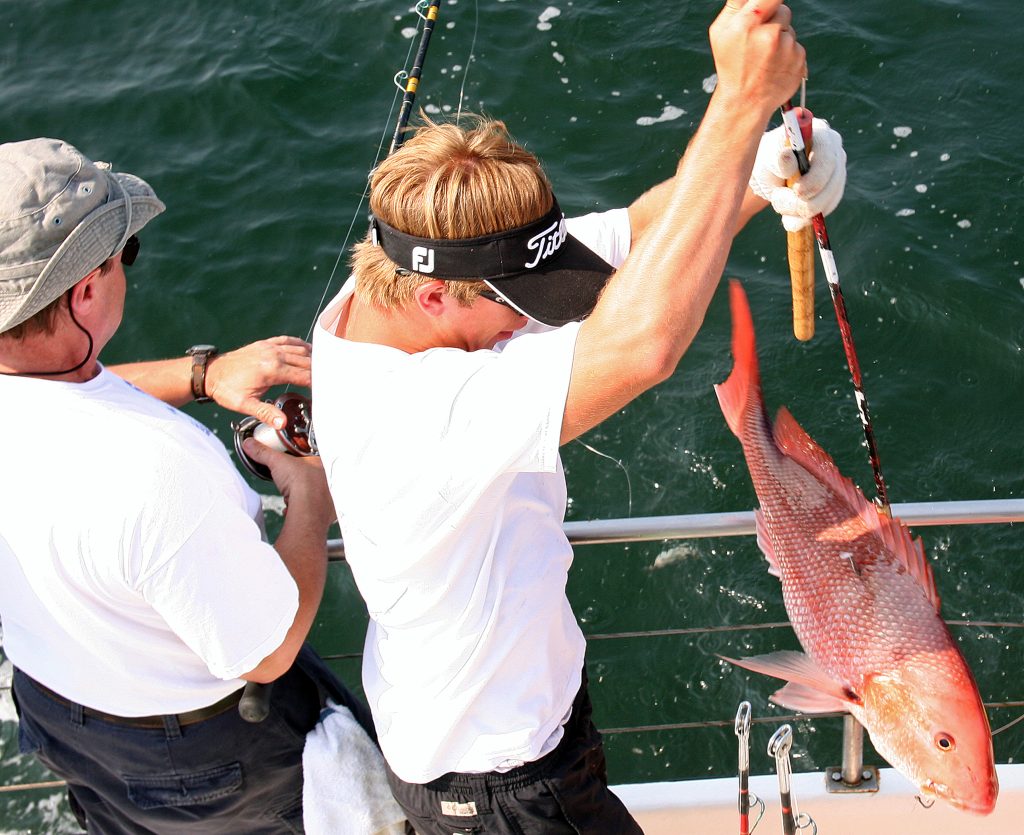 The open season will also include the Monday of Memorial Day, Fourth of July, and Labor Day. The season will remain open until recreational landings approach or reach Louisiana’s annual private recreational allocation of  809,316 pounds.

Anglers can voluntarily report their catches via the Recreational Offshore Landing Permit app (ROLP). Get details at www.wlf.louisiana.gov/page/red-snapper.

The Harte report indicated some 18 million red snapper two years or more off the Texas coast, but the fish are not targeted as much here as they are further north and east in the Gulf.

The Red Snapper season in Texas for state waters opened Jan. 1 for 2022 will continue until the state’s quota of 265,105 pounds is reached, with a bag limit of four per angler per day 15 inches or longer in state waters. See details here: https://tpwd.texas.gov/regulations/outdoor-annual/fishing/saltwater-fishing/red-snapper