Here’s a nice picture for you.  You are early morning fishing, the soft warm darkness of the late spring night is slowly giving way to a gorgeous sunrise, and off toward Pensacola, there’s a line of light just starting to color up as the sun rises. But I’m not looking at the sunrise. I’m paying full attention to the blasting, gurgling sound of big redfish as they make a final night time meal on pogies, shrimp and other small delicious tasting stuff that has been attracted all night long to the bright lights of a private dock up Wolf Bay just north of the ICW at Orange Beach.

And I really pay attention when my wobbling topwater plug that I cast past the feeding fish moves slowly toward the action. And when my plug disappears in a non-subtle crash and smash of a big redfish, I am totally unaware of the sunrise and its beauty. The only thing on my mind on this early Orange Beach morning is keeping this big fish out of the dock pilings and firmly attached to my line. 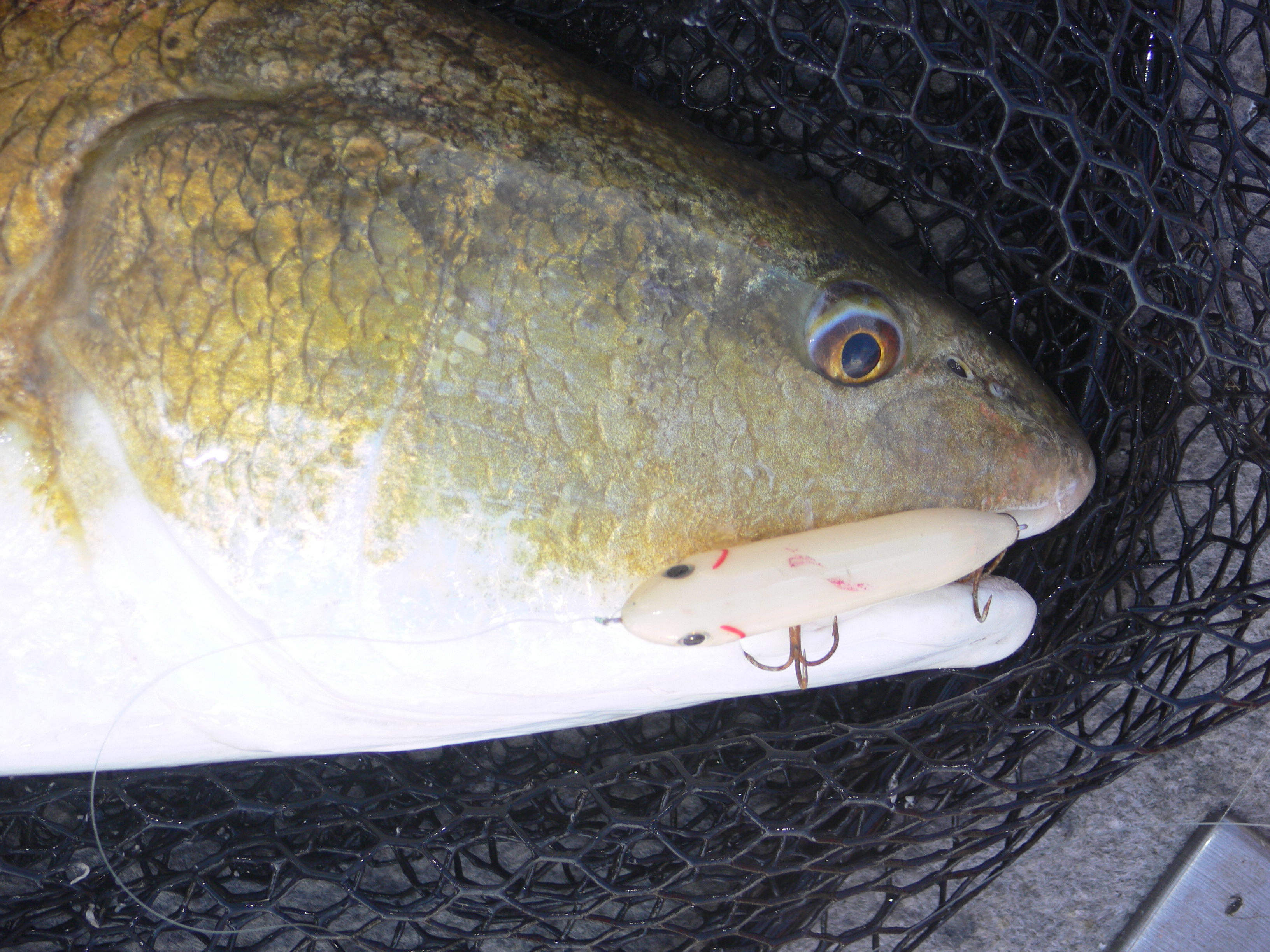 There’s nothing quite like the strike and fight of a big redfish on a topwater lure.

Here’s another nice picture for you. At the very same time of the big redfish strike, just a few miles offshore in the Gulf, other anglers are slow trolling some large pogies behind their center console boat. As the light grows a bit stronger with the coming day, both anglers’ rods suddenly bend way over, their reels make loud screeching sounds, and a double hook-up fight begins.

Line is ripped from the reels against the drag and big, very fast fish head toward Mexico at a high rate of speed.  King mackerel are a blast to encounter at any time, and sunrise kings tend to be the biggest fish of the day.

Both inshore and offshore, Orange Beach anglers have daily opportunities to hook and catch some great fish.

Inshore from Dark to Sun-up

As we move from spring into summer, the best fishing of nearly every day happens when the day moves from full darkness into early morning. Besides offering great fishing, these early morning hours are the most comfortable conditions of the day. 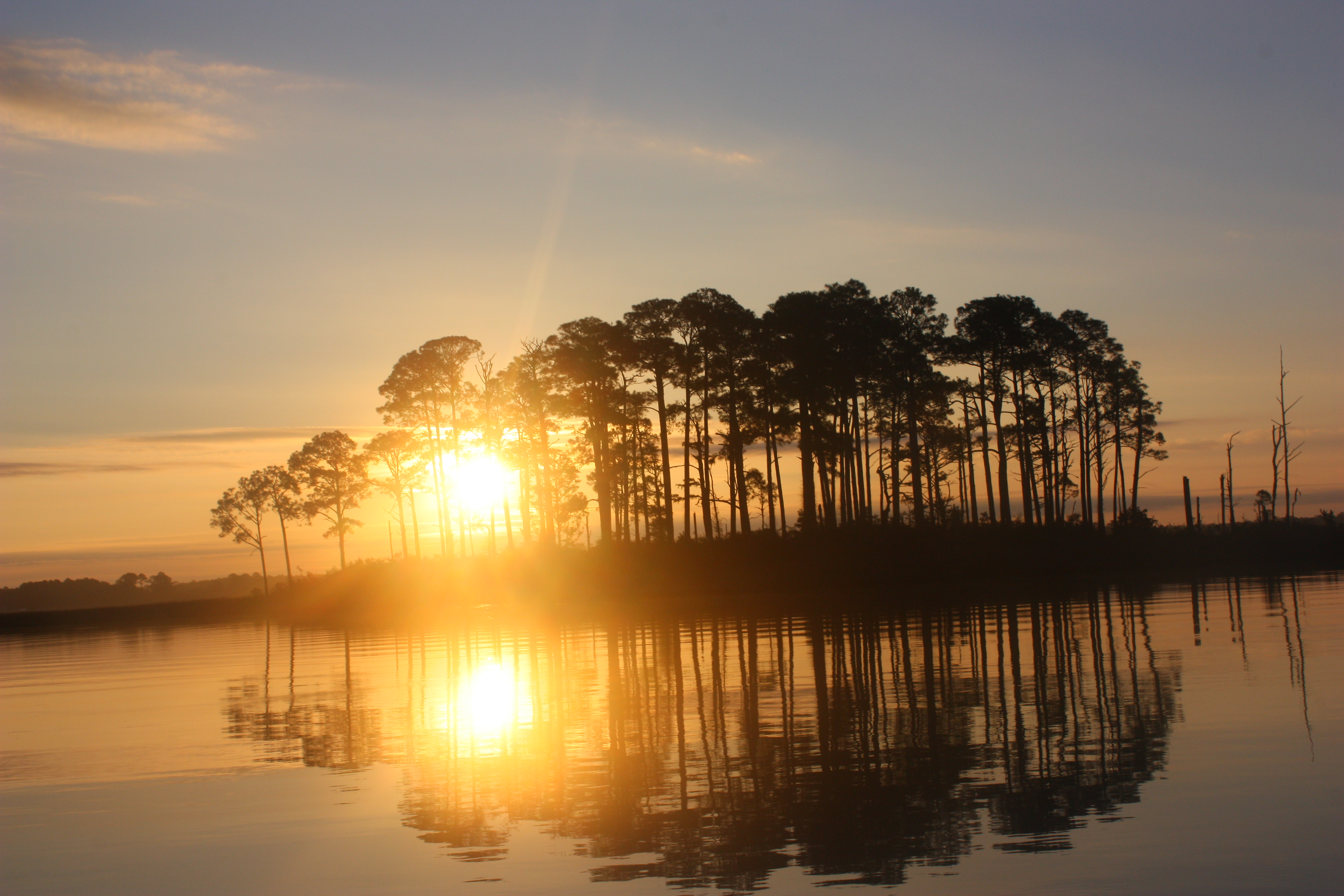 How much nicer can a sunrise be? Inshore at Orange Beach gives anglers great surroundings for great early fishing.

In the early morning in the Orange Beach inshore area, we like to fish around dock lights in the late evening to early morning for redfish and speckled trout.  The fish are attracted to the lights and often times the larger trophy-sized fish will lurk in the shadows just outside of the lights.

Early morning can be the most productive time for top water baits.  The bigger fish tend to be active as the night turns into day, and the bigger fish seem to want to make just one more meal before the day arrives with increased boat traffic and other disturbances put the big fish down for a while. 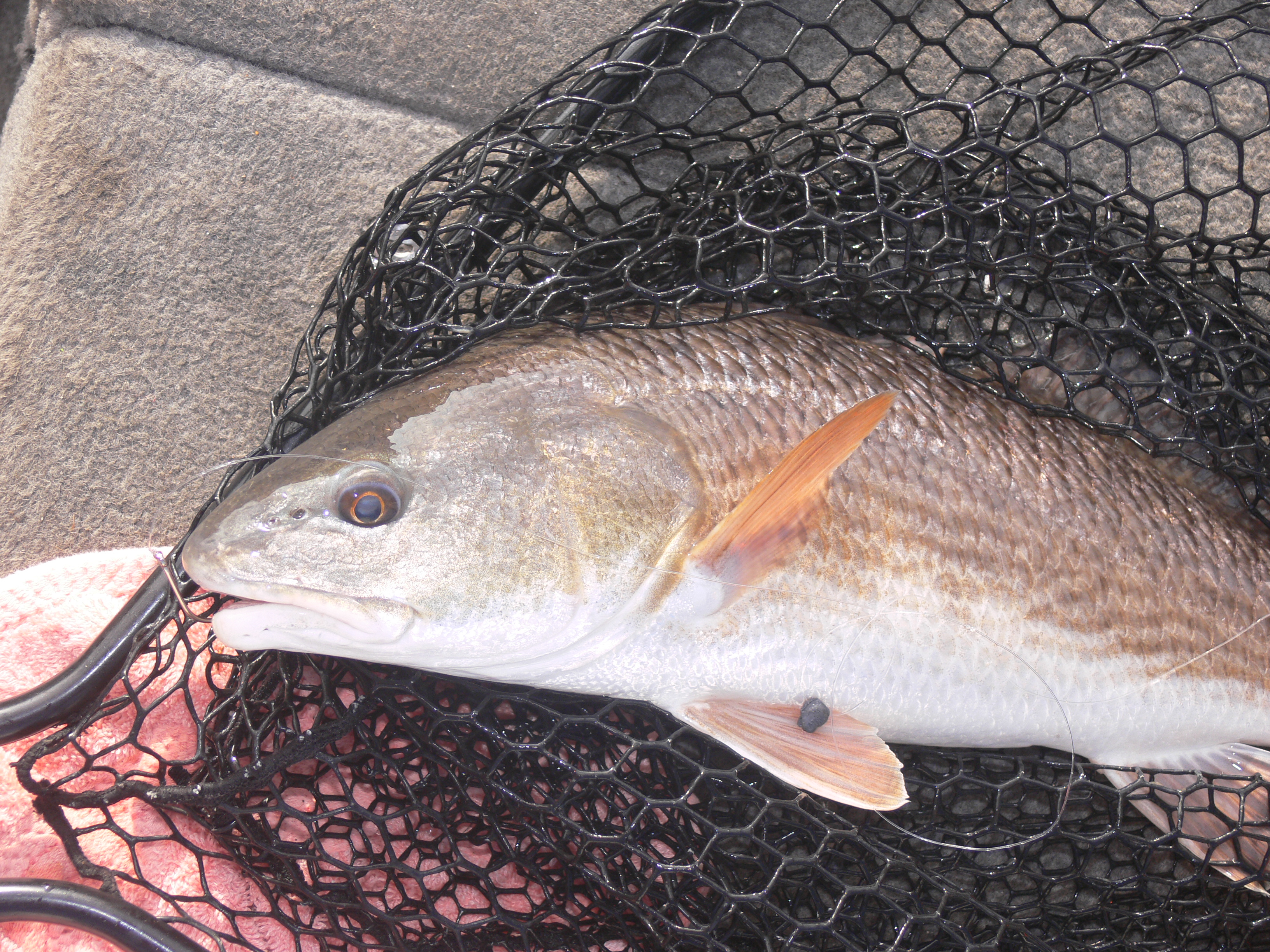 Redfish are very active at dawn, and anglers who rise early to meet them will have great luck.

Watching a speckled trout or redfish blow up on a topwater bait on the flats can be one of the most exciting hookups ever.  In early morning situations I like to fish over shallow water grass flats using a top water bait.

We also like to fish deeper water inshore around rock jetties or bridge feet for targeted species such as redfish, sheepshead, mangrove snapper and flounder.  By working this deeper structure early in the day, we can avoid most of the boat wakes and other people caused noise which can kill a hot bite.

When there’s good tide movement early in the morning, things are set up for a really hot bite. Moving water always helps produce better fishing so if possible, anglers would plan their early morning trips on those days when the tide will be moving strongly.

By leaving Orange Beach backwaters and running through Perdido Pass before sunrise, anglers can put themselves in touch with some of the finest big game open Gulf fishing to be found anywhere.  Running out before sunrise puts anglers in the best spots before there is much competition from other boats. 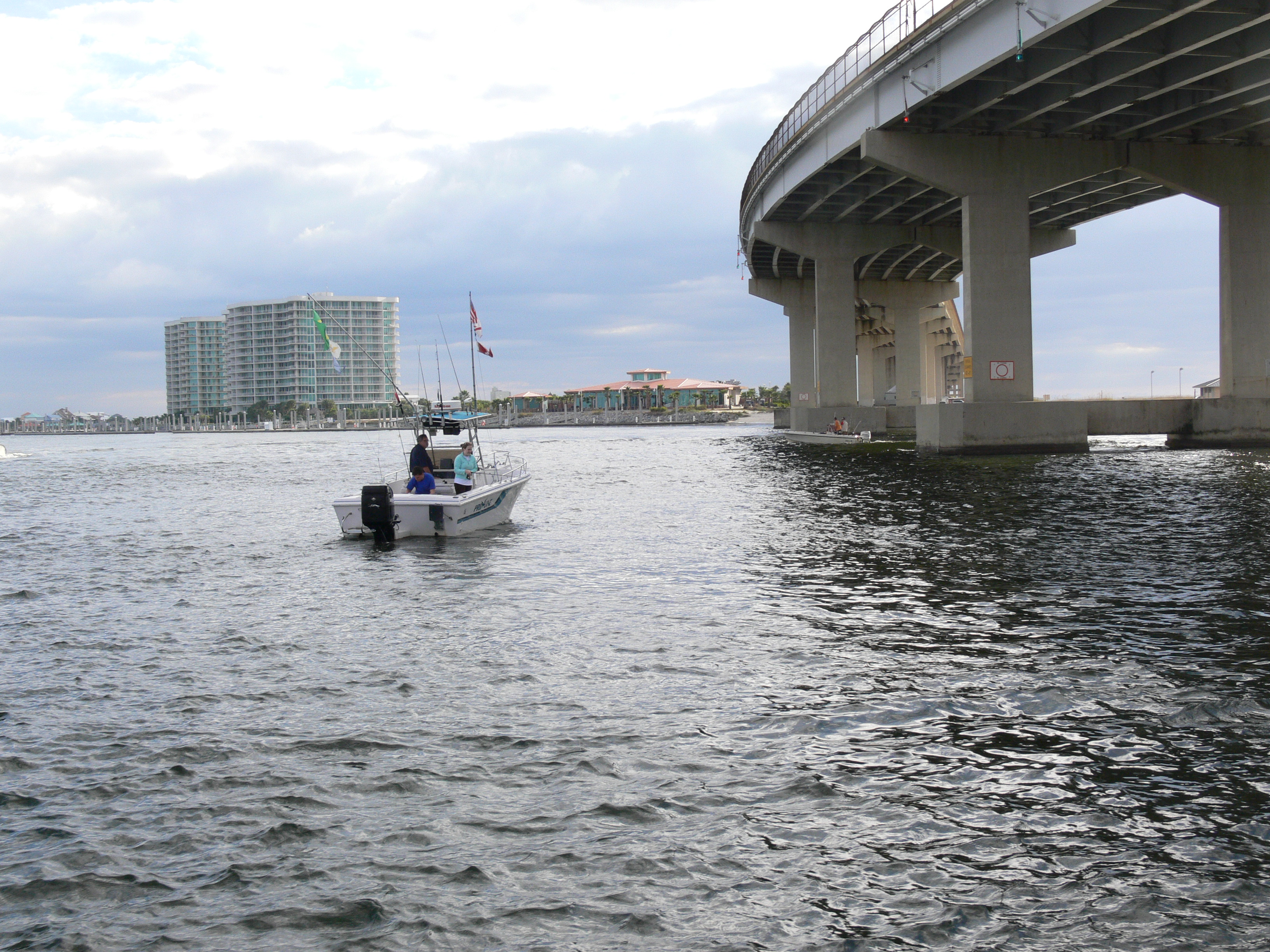 Early anglers can often catch bait at Perdido Pass and get through to the Gulf before traffic gets heavy.

In particular, the biggest king mackerel tend to be very active just at sunrise, and anglers who have lines in the water and bait put before the big kings as the early morning light grows can often find some super-fast action.

The king mackerel bite at dawn can be explosive and is one of the most productive times of day to land a big smoker king.  Anglers need to make sure they have high quality bait and are in place for this early opportunity. 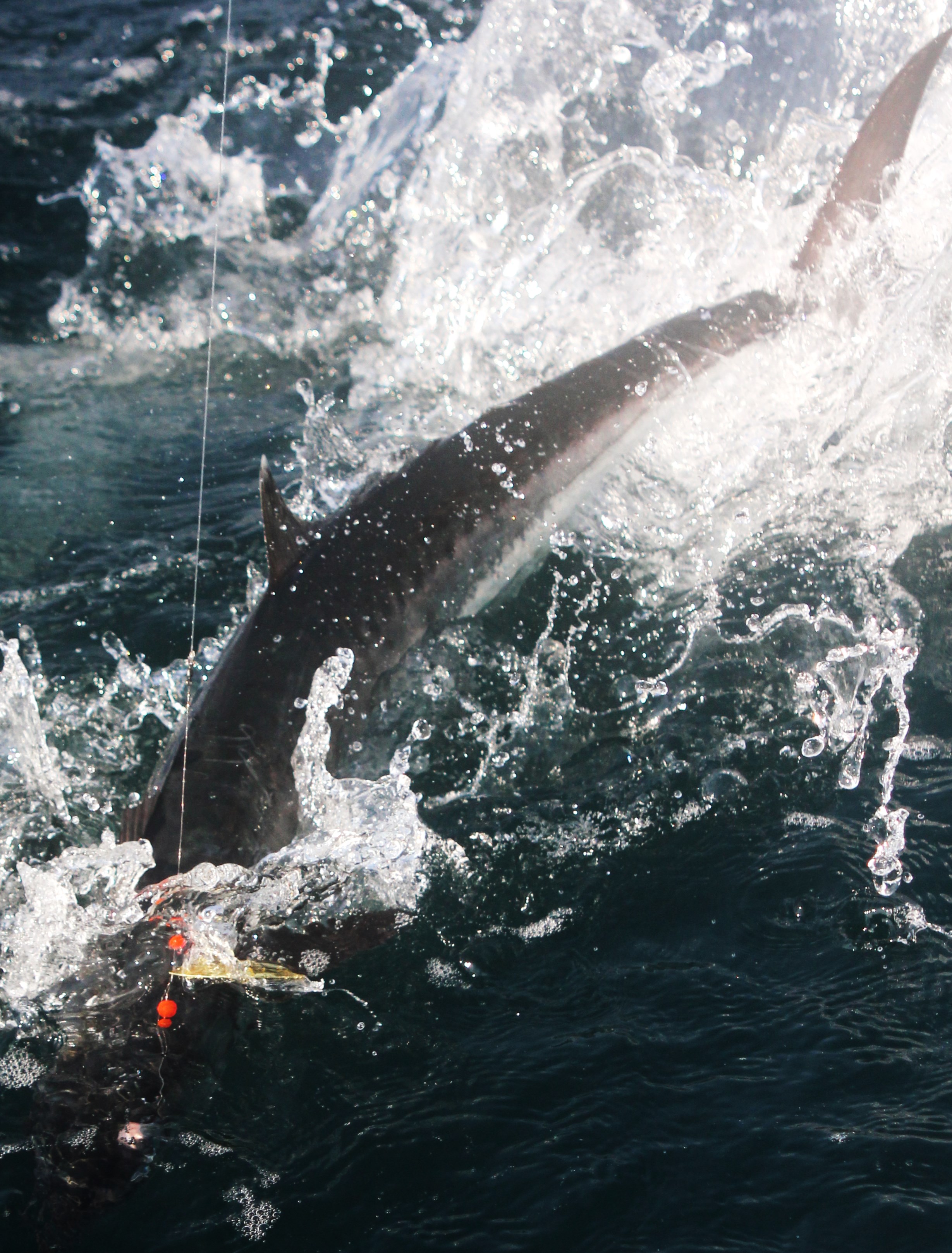 Dawn king mackerel tend to be big and mean at Orange Beach.

King mackerel can make a long, explosive first or second run, so it is critical to have a spinning reel with enough capacity to withstand the initial burst.  Most anglers use 15-17 pound monofilament line which provides stretch to absorb the shock. King mackerel have a mouth full of razor-sharp teeth, so using a short wire trace is critical.

It’s important to have all gear in good shape and everything stowed away and ready for action as the sun comes up. This is truly the time when some monster kings are encountered, and everything, including the angler, needs to be ready.

But big kings are by no means the only game in town when the sun comes up.  Anglers who make their offshore runs in the dark and find the best readings on the fishfinder before the day begins can load up the fish box with great fish. 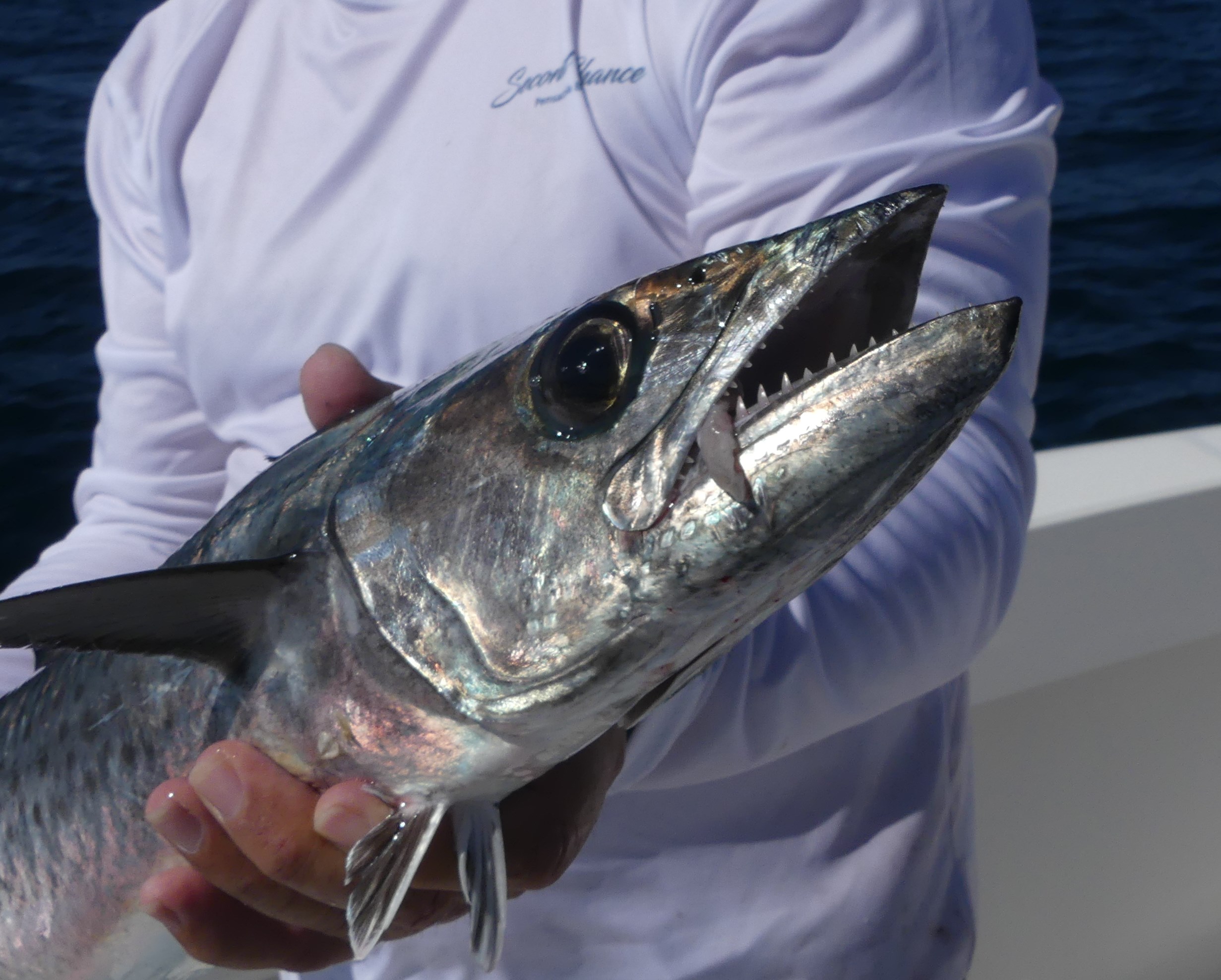 Get up early, get the bait in the water, and hang on! Early kings are lots of fun.

As with kings, all of these game fish tend to feed actively at sunrise, and some big fish are often found at sunrise.

Besides offering great fishing for the biggest fish, getting an early start for an offshore fishing trip also has other advantages.  After the sun gets up and “normal” folks get stirring around, the waters of Orange Beach and in particular Perdido Pass can get crowded.  When a bunch of boats of different sizes are transiting Perdido Pass, there can be some difficult chop and wave conditions created, and anglers making their way to the Gulf may have to slow way down and exercise even more vigilance and caution than usual.

So, a very important element of offshore early morning fishing at Orange Beach is to set your alarm clock and plan to be put on the water by 6:00 am, and get through the pass before all of the boat traffic begins.  With spring break and summer months nearing, boat traffic is extremely high, and it is best to hit the water early.

Be Careful Out There!

One of the very first things that anglers on the Gulf Coast generally, and Orange Beach specifically, learn is that the weather can and will change.  Just because an early morning fishing trip starts flat calm with no wind, there’s no assurance that the entire morning will stay that way. 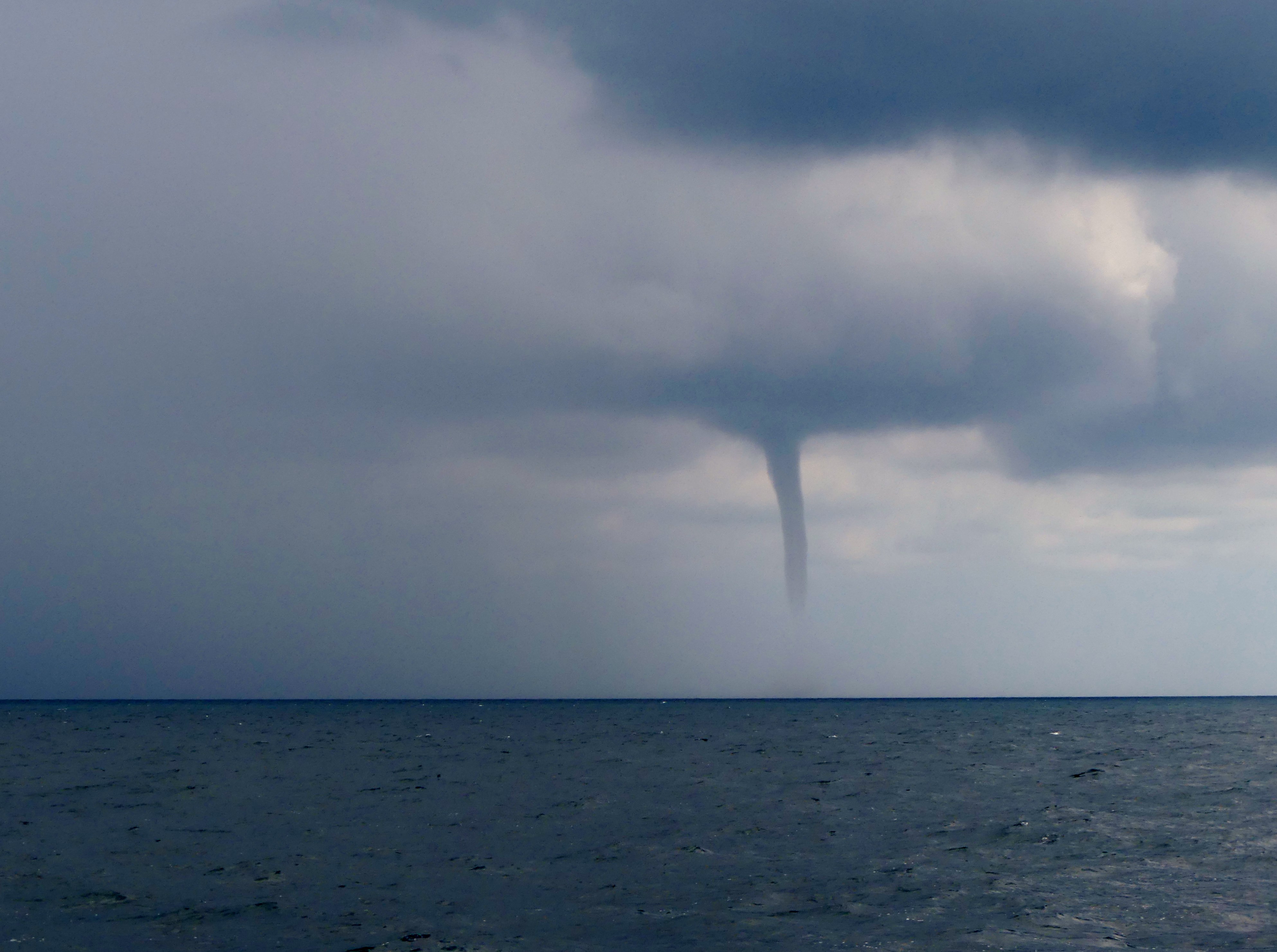 In fact, most days will show considerable change in wind and wave conditions, so anglers need to be aware and take steps to deal with changing weather.

And for anglers who like to fish from full darkness into daytime hours, this can be a challenge to know what’s developing weather-wise.

At night, anglers don’t have the benefit of seeing the sky with their eyes in order to observe approaching weather patterns. It is critical that anglers check the weather before heading out and this includes checking the NOAA buoys.

At Bluewater Charters, we make every effort to keep current with weather and any possible challenging conditions. We want to be sure that our clients have a good, safe trip with minimal stressful weather conditions.

On our charter boats, we have invested in Sirius XM Marine Weather Antennas so we have constant weather overlay on our charts which allows us to receive real-time weather information while we are out on the boat.  This service has proven to be invaluable on many occasions.

Although knowing that rough weather is building is a very good thing for inshore and backwater anglers to know at all times, it’s absolutely crucial for offshore anglers to have good advance warning of thunderstorms and other developing weather factors.

Specifically in the Orange Beach area and in general for the entire Gulf Coast, spring time can tend to be a windy time of year. So understanding that those winds can increase is very important as they affect safety on the water. Also, during the summertime with day-time heating, afternoon thunderstorms can pop up almost without notice, so it is important to always keep an eye on the sky as the day moves from early morning into full day. 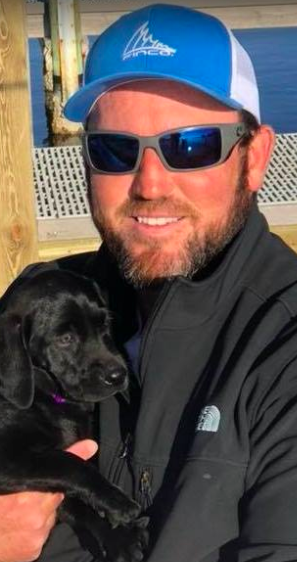 This article is a guest post from Captain James Bertrand of Bluewater Charters in Orange Beach, Alabama. To contact James with questions or more information, please see the important contact information below.