Prepare Now For the Next Season

There is no doubt, spring is one of the busiest times of the year for a whitetail manager. Spring food plots are going in. It’s the perfect time for prescribed fire. Tree stands are being taken down and the wife is hot on your heels about being too obsessed with whitetails. Maybe that’s just my wife.

In the South, shed hunting tends to be an overlooked aspect of deer management even though it could play a huge role in hunting success next fall. It’s no secret that bucks can have a rather large home range, especially during the rut. However, it may not be as apparent that a buck will spend 50 percent of his time in an even smaller area known as his core area. This is an area where he feels safe, goes to recover from the rut and ultimately finds everything he needs to survive.

Two years ago, I picked up a 200-acre piece of ground in Clay County, Ala. Even though it was only 200 acres, my goal was to turn it into a whitetail paradise. Upon scouting the property, it became clear that it lacked two things – quality cover and food.

So now it was time to decide whether I wanted to convert all of my open areas to food plots or leave some as natural areas for bedding. In the end, I ended up turning half of the available open ground into quality food and the other half into warm season grass stands. I drilled a mix of Little Blue Stem, Big Blue Stem and Indian Grass into the fields designated as warm season grass fields and man did it hold some deer!

Upon my extensive trail camera survey, I had two bucks each older than 4.5 years that were on my food plots on a regular basis. I believed one of them was using one of my native grass fields as his primary bedding due to its proximity to an adjacent cornfield that belonged to the neighbors and my clover field. 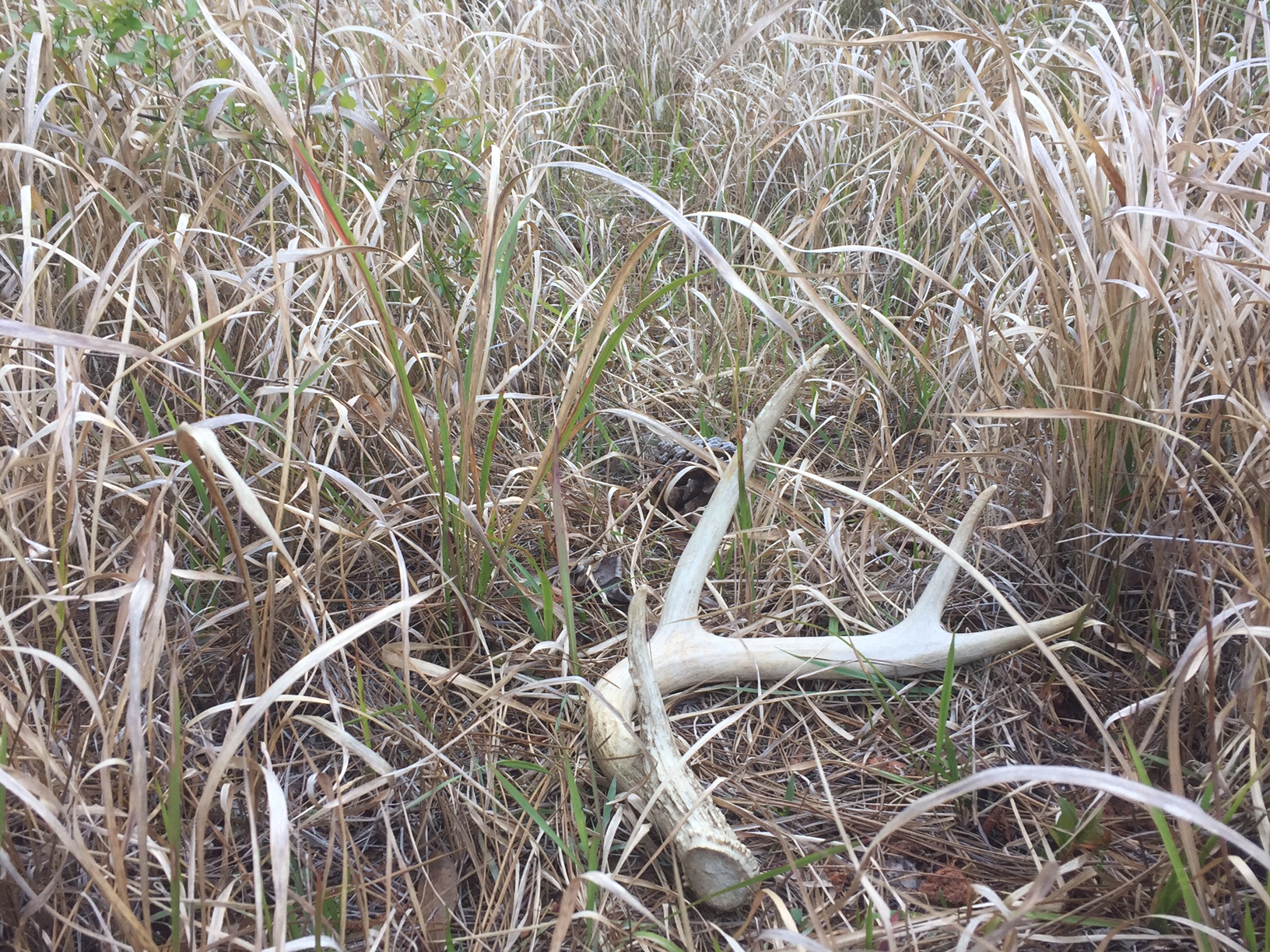 Scout Now for Next Fall

The point is, I know where that buck’s core area is and I know which food sources he uses the most. With that knowledge, I fully expect to find his sheds either in one of my food plots, in my neighbor’s cut cornfield or in that warm season grass stand.

In this situation, I created those bedding areas and laid them out with the hopes of a buck moving into the area and feeling secure. I had the upper hand in this situation. However, you may not always have the advantage of being able to lay out a property in this type of manner.

If you are picking up a new piece of property or simply trying to find out where that illusive buck you had on camera is spending most of his time, try shed hunting. Section off your property and tell yourself you are going to walk one section per day or even one section per weekend.

If you are able to start finding the sheds of your hit list bucks, this will tell you some very valuable information about where that buck is spending a lot of his time. Next year, you can use that information to better hunt those elusive hit list bucks.

Keep in mind, if you do find some sheds and promising spots during your spring shed hunting trips, this is a great time to erect a tree stand and trim those shooting lanes. This will save you some work in the fall and decrease the risk of you blowing the buck out of the area right before the season begins.

With bucks having already shed their antlers throughout most of their range, it means it’s time for them to begin growing their next set of antlers. This is one of those very crucial times to help your deer in any way possible. 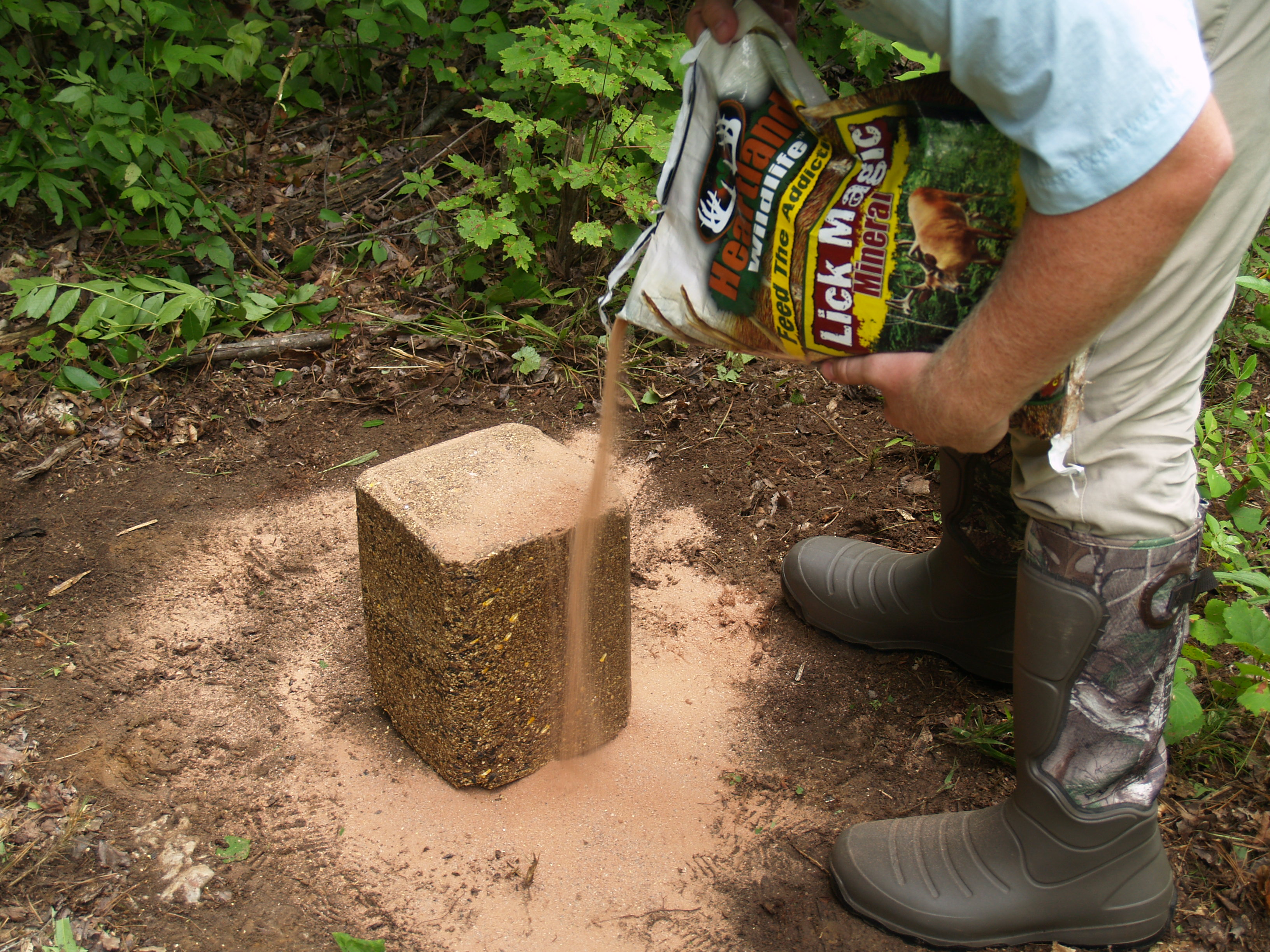 Along with my warm season perennial and annual food plots, I always like to keep some trace minerals to create a deer mineral site throughout the spring and summer. Don’t get me wrong, you can never replace a soybean or clover field with a deer mineral site. However, as I mentioned before, I try to help my deer herd as much as possible, especially when those bucks are growing their antlers through the spring and summer and the does are producing milk for their fawns in late summer and early fall.

“As well as helping your deer herd, I have found minerals to be excellent in helping me run my trail camera surveys.”

On top of helping produce healthy fawns and growing bigger antlers, trace minerals help in some other very important ways. During the spring when forage is growing rapidly, it’s often 60 to 90 percent water. Deer as well as other wildlife must have plenty of sodium and other minerals in order for their kidneys to function properly and get that excess water out of their systems. During this time of the year, they are going to be going to searching for a deer mineral site in order to help with this process.

I have been doing some personal testing on many different trace mineral brands over the past few years. Though deer seem to use all of them, two of them definitely stand out among the crowd. One being Trophy Rock and the other being Buck Warrior Enterprises ME2. Both of these products seem to attract more deer and keep them coming back throughout the year.

As well as helping your deer herd, I have found trace minerals to be excellent in helping me run my trail camera surveys. I tend to freshen my deer mineral site two to three times per year, once as soon as deer season ends and again in early June. I do it one last time in early September when the does are in their third trimester.

This tends to keep them frequenting the deer mineral site all year long and really helps me keep tract of my bucks antler progression, put together my hit list and evaluate my herd as a whole throughout the year.