When the clear-cuts green up after controlled burns, they attract turkeys like a magnet.

I began the long walk to the backside of the 40-acre burned clear-cut.

The stars were shining bright with flydown time nearly an hour away. With my excitement level high, everything was shaping up for a perfect spring morning with clear skies and no wind.

There was another reason my excitement level was up. The previous morning, while heading out of the woods, I had accidentally spooked a nice gobbler in this clear-cut. As I made my way around the fire lanes, I saw fresh gobbler tracks and strut marks everywhere. I knew this gobbler wouldn’t be very far away the following morning. 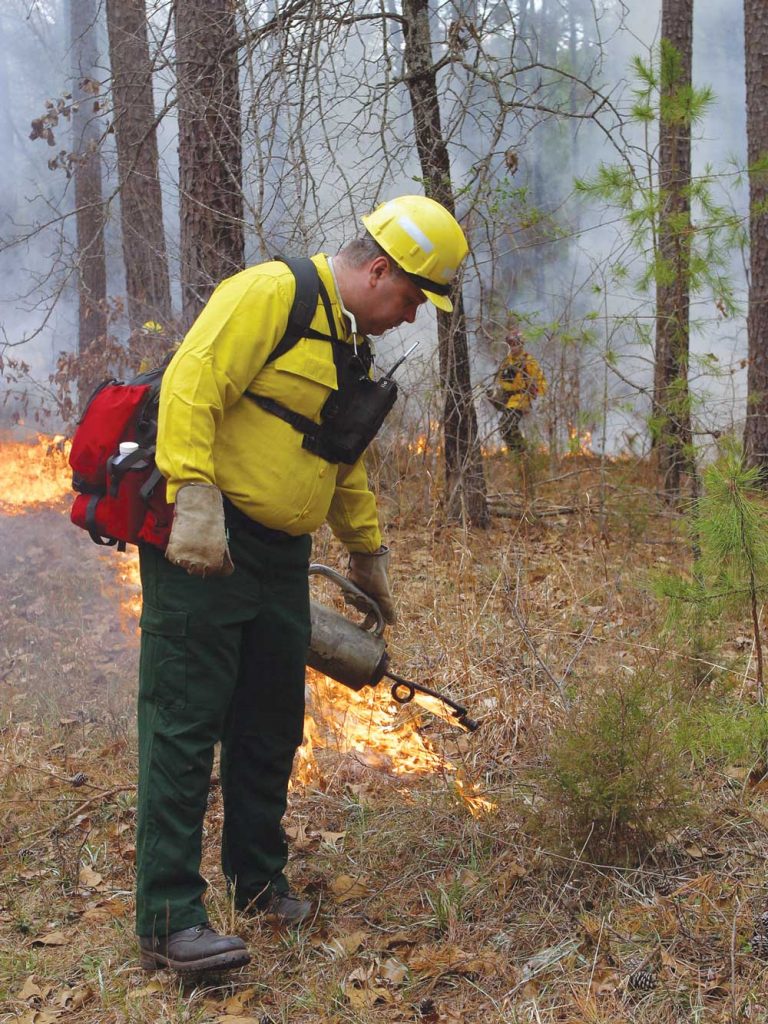 Even though I had heard no turkeys fly down and although it still seemed a bit dark to me, a booming gobble suddenly came from about 50 yards to my left. This gobbler was on the ground. Luckily, I was already seated at the edge of this opening. As I slowly turned to face that way, not one but five longbeards came stepping up the fire lane.

How exciting this was! A big group of two-year-old gobblers were heading straight toward me. I took aim at the lead bird. As he closed within about 30 yards, I fired. The gobbler keeled over with hardly even a flop.

“Turkeys will normally begin using these areas very soon after the burn.”

My next surprise would turn out to be the most pleasant of all. This “two-year-old” turned out to be a very old bird with a 10-inch beard and spurs nearly one-and-a-half-inches long. I had bagged a real limb hanger.

This exciting hunt took place near a little spot known as Lower Peach Tree on the Alabama River in Wilcox County, but in reality, this hunt could have been anywhere in the Deep South. The real key to this hunt was that this clear-cut had been burned a couple of months earlier and had later greened up, making it a magnet for spring turkeys.

Anyone who hunts these controlled burns can attest, these are some of the best spring turkey habitats you can find anywhere.

Actually, turkeys will normally begin using these areas very soon after the burn. I have even observed turkeys in these burns while the ground was still smoking; the birds were feeding on insects being driven from the still-smoldering logs and other deadwood. 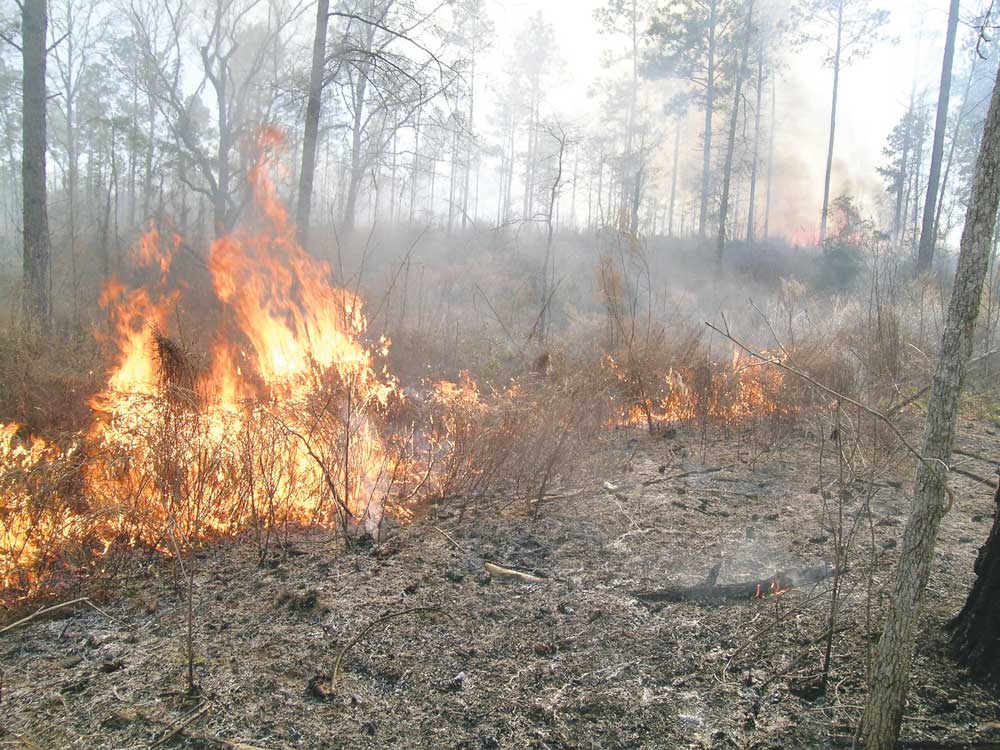 When to be Ready

Foresters normally conduct these controlled burns in late winter and as these areas green up, it will literally turn a block of piney woods or a clear-cut into one giant food plot. The fresh shoots of green grass, exposed seeds and insects are like a buffet for turkeys.

While these areas can offer some fantastic hunting, these burns also present their own set of challenges. Just as hunting around any open ground, turkeys can see for long distances and there are often precious few places to hide.

It can also be very difficult to move or change setups on the birds without getting busted. Though I am personally not a big fan of blinds, at times I will carry a portable stakeout blind with me when hunting burns.

It’s also very important that your camouflage helps you to blend in with the black background.