Choosing the Best Trees For Deer And Deer Hunting

Choosing the Best Trees For Deer And Deer Hunting

When it comes to attracting and holding deer on your property during hunting season and throughout the year, many hunters are turning to tree food plots. Unlike your typical annual food plot plants, such as beans and clover, perennial mast-producing trees require less maintenance once established. Best of all, fruit and nut trees can provide nutrition for deer and other wildlife for years and years to come, making them some of the best trees for deer.

He says the key is selecting trees that fruit and provide nutrition from the beginning of summer all the way into the early winter. 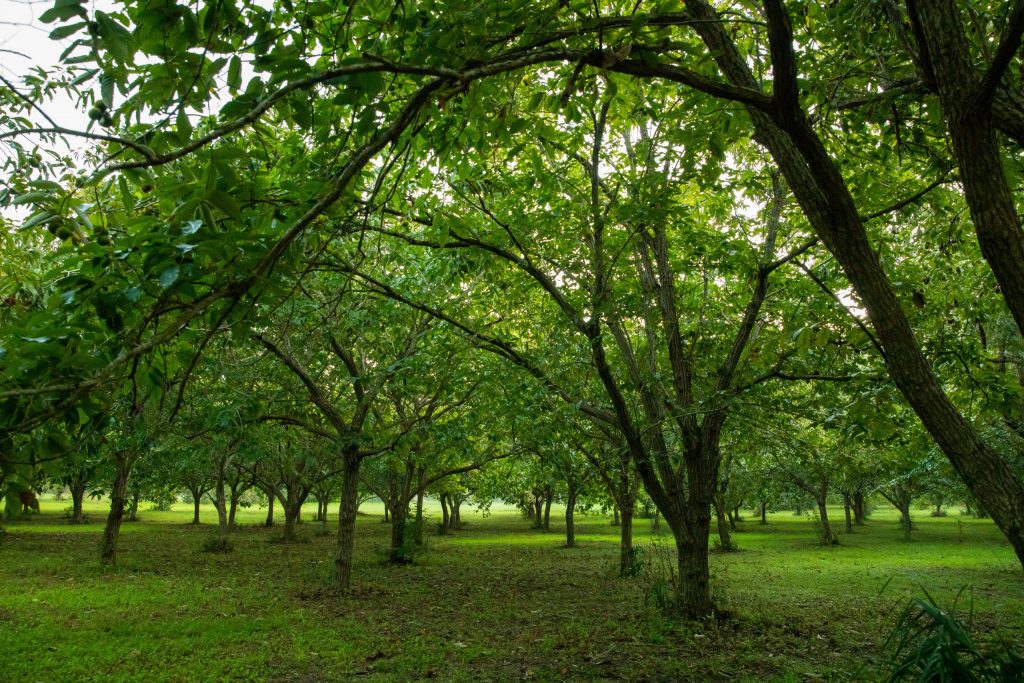 The Dunstan chestnut provides an important source of nutrients to deer and other wildlife.

“Just like ground foliage, trees are a crucial part of the natural ecosystem,” Wallace said. “They pop up naturally all over. Deer have evolved to eat them and seek them out, and they teach their offspring to seek them out as well.”

Wallace says unlike typical foliage-based food plot crops, trees don’t have to be replanted, tilled and maintained at certain times of the year to keep the nutrition choice producing. A food plot tree will be planted and maintained for the first couple of years, but after that point, it will be a self-sufficient food source that will be there, possibly for the lifetime of the human who planted it.

With thoughtful planning, you can have mast trees and bushes that attract deer from early spring throughout early winter.

Wallace offers his thoughts on the best trees to plant for deer and lays out the timeline of mast-producing trees and bushes.

“Mulberry fruits out as early as April. Then, berries such as black berries, blue berries, raspberries, bush berries, grapes and plums fruit into the summer. Apples and pears produce into the later summer and early fall. Persimmons and pear continue into the fall and chestnuts, acorns and oaks produce into the winter months and deer season.”

Wallace says Dunstan chestnut trees are the number one best trees to attract deer, without a doubt .

“The American chestnut was one of the primary hardwoods in North America for thousands of years and was relied heavily upon by wildlife and early American settlers,” Wallace said. “In the early 1900s, a chestnut introduced into New York, likely from China, carried blight and wiped out every single American chestnut that lived. It was the most major ecological disaster in American history. Groves and groves of massive chestnut tree forests were annihilated. That wildlife food source went away.”

Fortunately, in the 1950s, James Carpenter found a surviving American chestnut in a grove of dead and dying trees in Ohio. He sent budwood to Dr. Robert T. Dunstan, a well-known plant breeder, who took stock cuttings from the blight-resistant tree and crossed them with a Chinese chestnut which was naturally resistant to the blight. 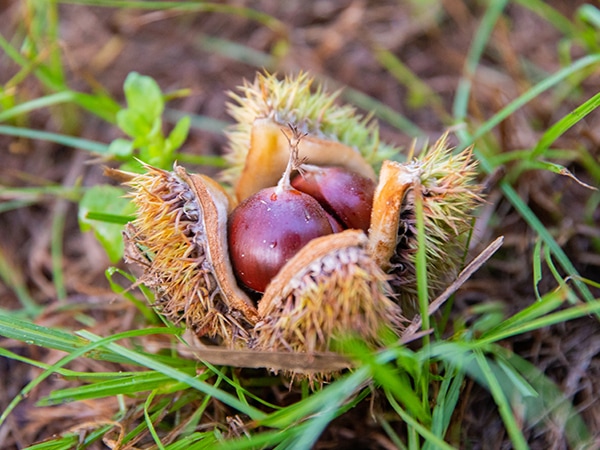 The Dunstan chestnut is recognized as the No. 1 food plot tree in America.

He then crossed the seedlings from the first cross back to both parent trees. These future varieties would eventually become known as Dunstan Chestnuts, which are now widely considered the No. 1 food plot tree in America.

“Often, if you ask a hunter what mast source makes a good food plot tree, people say oak or acorns, Wallace said. “True, acorns are a good and healthy source of fat and protein. But acorns have a significant amount of tannic acid, which make them bitter to the taste. Deer will eat them for the nutrition, but they’d rather not. Chestnuts, on the other hand, have very little tannin. They are sweet and tasty, highly nutritional and deer are naturally attracted to them.”

Wallace explains that chestnuts are high in carbs and protein. They are comprised of approximately 40 percent carbohydrates, 5 to 8 percent protein and 2 percent fat. That carb percentage is important to pack on energy and fat before the winter months.

Once they are planted, chestnuts begin producing nuts in three to five years. And then, they produce every year. On the other hand, oak trees can take 10 to 20 years to begin producing nuts and then they only produce acorns every other year and sometimes every two years. Sometimes, they don’t produce at all.

After the Dunstan chestnut, Wallace says he recommends persimmon trees as the best fruit trees for deer.

“They take two to four years to begin producing fruit once they are planted. They drop in the fall and are a naturally occurring Native American food source. Deer are going to seek out food they’re familiar with. Planting trees that are native to an environment is probably the best attractor.” 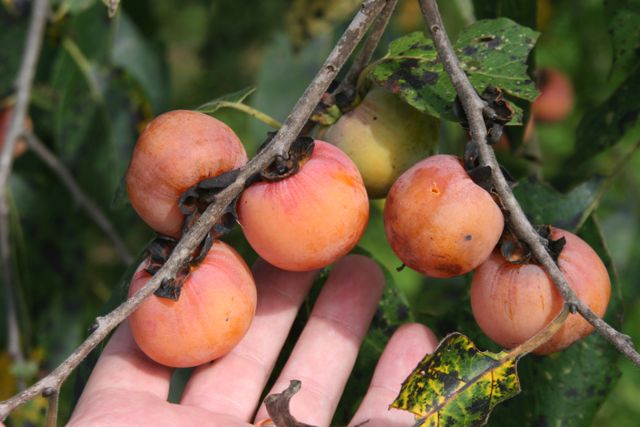 Persimmons are a great deer attractant.

“If your goal is to have fruit on your property to attract deer, then this variety is a good choice,” Wallace said. “Other varieties drop between August and October.”

Persimmons are high in carbs and are full of vitamins and nutrients. Wildlife have fed on persimmons for thousands of years, and they are an essential portion of your local ecosystem.

For an early season option, mulberries are the first to fruit. Chestnut Hill has an ever-bearing black mulberry that actually fruits almost all year around in the South. A mulberry tree grown from cuttings may produce berries within the first year or two.

“Blackberries, raspberries, blueberries and grapes are all good summer-month options for plants to attract deer and a natural part of our ecosystem,” he says.

Another good summertime attractant is plum. Chestnut Hill sells the Chickasaw plum for planting in the South. It produces heavily during the middle of summer.

“The plumbs are small – not like the big ones you get at the store,” Wallace said. “It’s a native tree so it has a lot of natural resistances to local pests.” 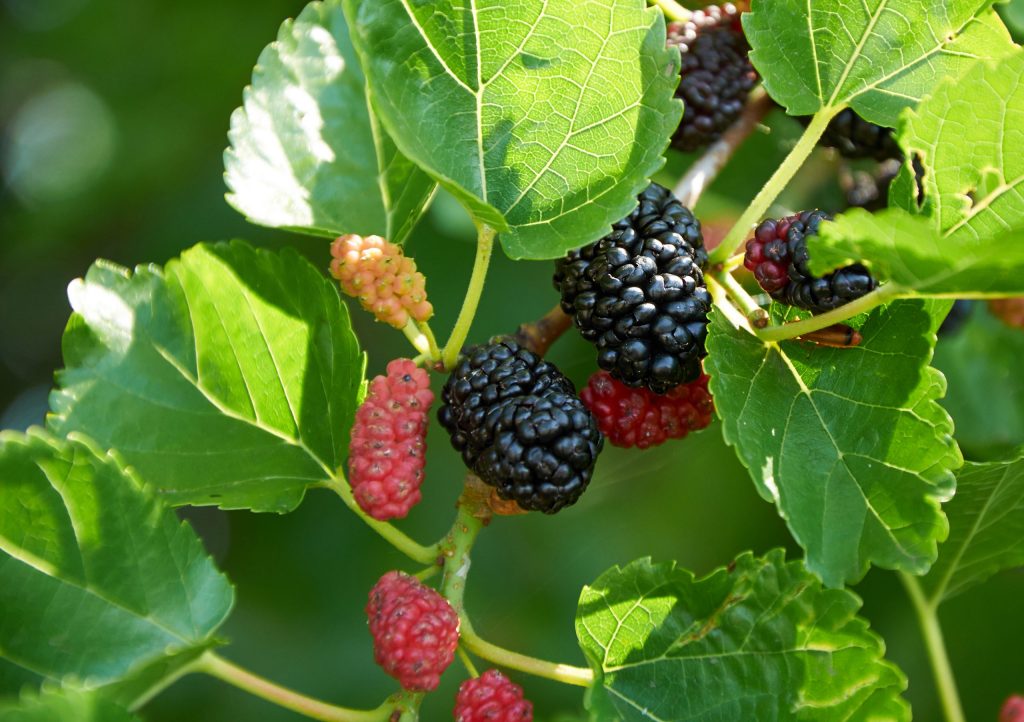 Chestnut Hill offers a number of apple varieties that produce from later summer through early fall.

“I almost primarily recommend a Southern crabapple or crabapple in general. Like Chickasaw plumb, these crabapples are native, produce small apples and produce heavily. They’re not like the apples you buy at the store.”

Then, last in that chronological order into late summer/early fall is the pear.

“Some of our varieties include the Dr. Deer pear and the Thanksgiving pear,” Wallace said. “Those pear varieties are later dropping. They hold on to fruit until Thanksgiving and into hunting season, depending on where in the South you live, and they are heavy producers.”

These pear trees will take between two to four years to bear fruit once planted.

So, when is the best time to plant fruit trees? Wallace says there is no best time of year to plant a tree and that you really can’t go wrong by planting in the spring or fall. You can even plant year-round in warmer climates if the ground doesn’t freeze.

“Spring is the traditional planting season,” Wallace said. “People typically buy trees and bushes to plant when things start to green. True, spring is a great time to plant, but so is fall. In fact, fall has some unique benefits. In the fall, plants start to go dormant for the winter. So, if you plant in the fall, those new plants won’t need as much water and nutrients as they would in the summer, so they’re easier to care for. But their roots will grow in those dormant months and the plants will establish themselves in the environment.”

When is The Best Time to Plant a Tree

No matter when you plant, Wallace says it’s extremely important to know your soil because trees need to be planted in well-draining soil to thrive. He recommends taking a soil sample to your local ag extension office to have it tested.

“There are three major types – sandy, clay and sandy loam soils. Each type has a different level of water retention. It’s important to know that fruit and nut trees can’t have standing water or they will suffer from root rot and die. You need to know if your soil will retain or drain a lot of water so you will know how much and how often you need to water your trees and shrubs. Sandy soil will drain, clay may hold onto water and sandy loam is somewhere in the middle.” 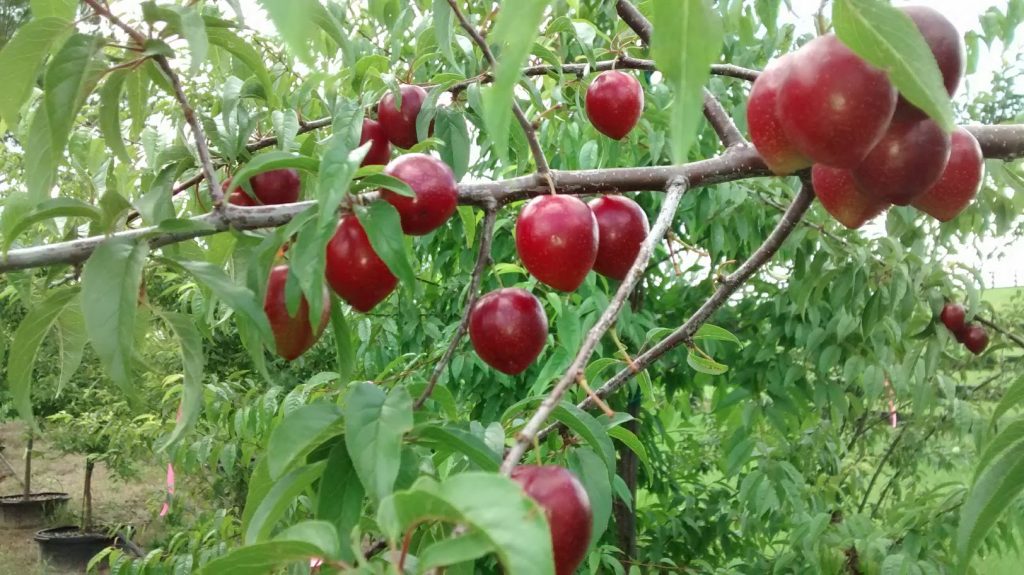 Spacing your trees properly is very important when you are planning you food plot.

Wallace says to pick a location with good sunlight, preferably six to eight hours a day, for planting. The edges of food plots are often a good choice. If you are planting in the forest, pick tree fall gaps or open areas where the trees can grow toward the sunlight.

You’ll also need to be careful of spacing.

“Check the individual plant species for spacing requirements,” he said. “Many trees require a pollinator, and they will need to be planted close enough to their pollinator to sufficiently produce mast.”

“Directing wildlife traffic is going to vary on the property,” Wallace says. “Plant where you want to drive your herd. Plant on the edge of your herbaceous plot to encourage more traffic, plant along a high-traffic route to encourage more movement and plant around a water source. Study the movement of wildlife on your property and plant according to your goals.”

By following these tips and planting both hard-mast and soft-mast varieties, land-managers and hunters can provide deer not only with the nutrition they need and crave, but with a reason to stay on or close to the property year-round for years to come.