Antlers are part of the fascination associated with deer hunting.

Antlers. They have fascinated man since the beginning. Going back thousands of years, one can see man’s love for animals. Antlers are etched and painted on the walls of caves.

Antlers were a trophy in a different way before they were used to decorate walls of our hunting camps and game rooms. Before modern civilization, antlers were used to make tools, ceremonial wear, and weapons; to name a few. 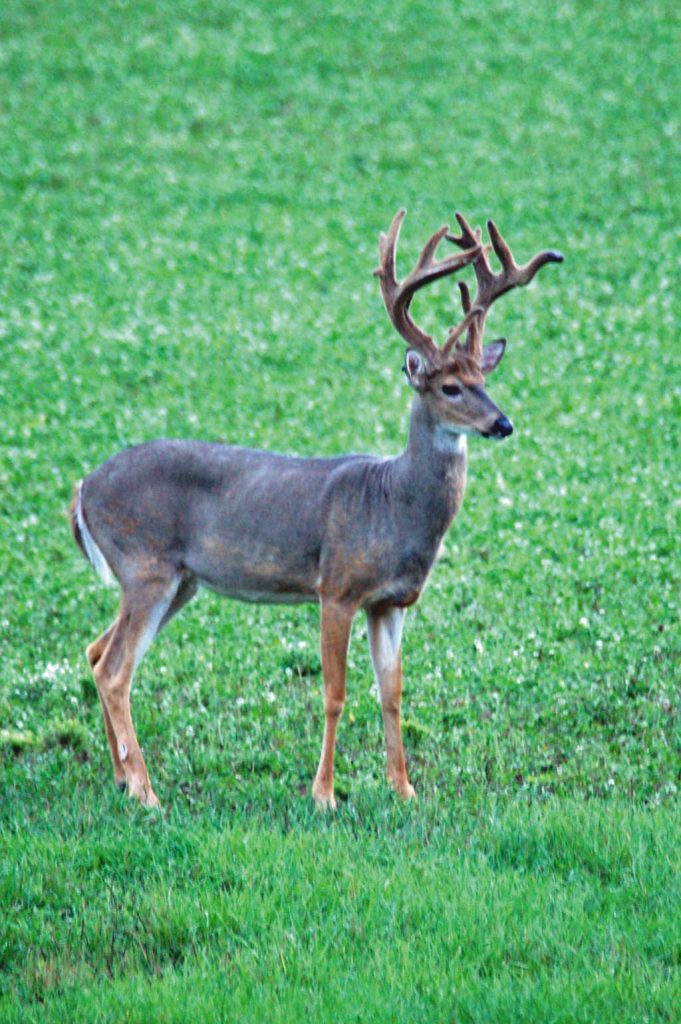 So, how do these intriguing bones grow? What are they made of?  How do they develop from a soft-looking, furry velvet to a durable set of rock-hard fighting gear?

Antler genesis is an amazing process and is one of the fastest growing tissues known. The antler-growing process for whitetails is an annual event. It’s regulated by hormones that are controlled by the photo period, or length of day.

The primary hormones responsible for antler growth are testosterone and IGF (insulin-like growth factor). The rise and fall of testosterone levels initiates the peeling off of the velvet and the casting or shedding of the antlers. IGF that is produced in the liver promotes actual growth.

The longer days correspond with a drop in melatonin production, which kicks off the hormone cycle for antler growth. We can get very scientific and complicated with all the glands and organs involved in this process, but a buck’s brain measures the length of day by the amount of melatonin produced.

This in turn influences testosterone and IGF levels. Have you ever noticed bucks that are late in the velvet-shedding process? They are often the yearling bucks. Or older bucks that have survived and are past their prime. This is directly related to the lower levels of testosterone output.

In a whitetail’s case, the beginning would be the pedicel. The pedicel is the base from where the antlers will form and are located on the frontal bone of the skull. Buttons begin to grow from the pedicels somewhere around six months of age in male whitetails.

During the growing season (spring and summer) a whitetail’s antlers are covered in a very fine, soft membrane most commonly called velvet. Underneath this furry membrane, the antlers are supplied by a very rich supply of blood and nutrients by veins that run on the outside of the antlers and back down to the base.

During the growing stages, antlers are high in water and blood content and low in dry matter. The dry matter at this stage is around 80% protein and 20% phosphorous and calcium.

“When antlers are in velvet, they are very vulnerable to being injured.”

Conversely, in the hardened stage, antlers are about 60% phosphorous and calcium and 40% protein. While in the velvet stages, antlers feel alive and warm to the touch because of all the activity taking place inside.

I was lucky enough to feel this first-hand while helping raise whitetails for a couple of years.

When antlers are in velvet, they are very vulnerable to being injured. Bucks seem to be very aware that they have this fragile treasure on their head and are very careful in their actions through antler genesis. 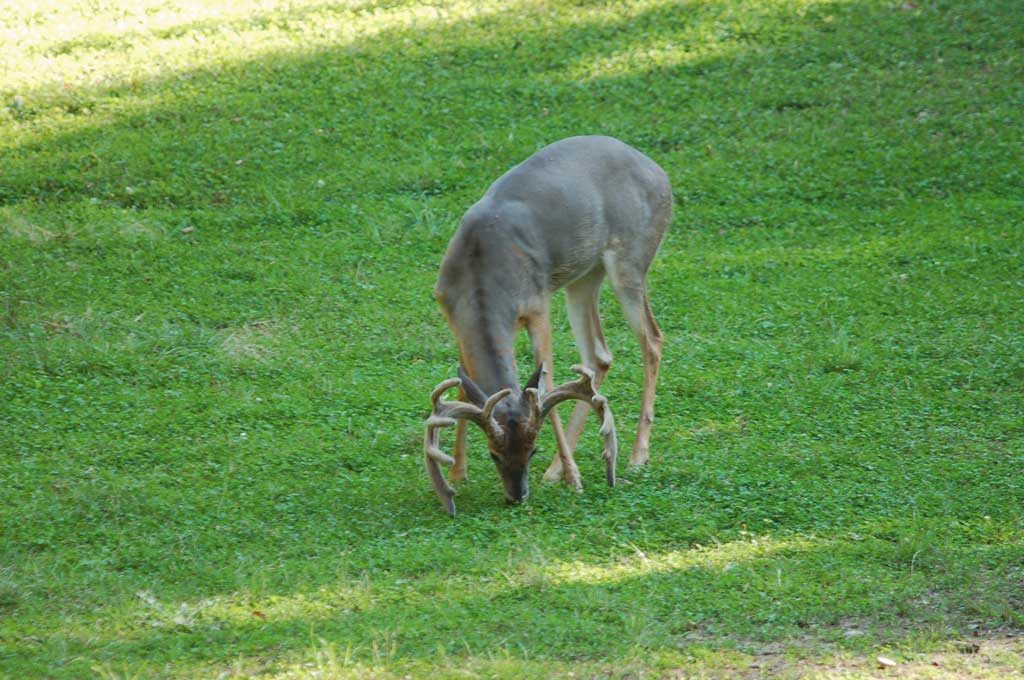 Velvet buck in Biologic Clover Plus. Photo by Austin Delano

Bruises, cuts, or tears to the velvet can all have an impact on the formation of the antler. An injury often results in abnormal points, or—in a serious injury—complete deformation.

It’s worth noting that leg and pedicel injuries can also lead to deformed antlers. Vehicle collisions, bullet or arrow wounds, and fighting injuries to the legs, shoulders, or hindquarters can be seen sometimes in the following season’s antler growth by abnormal points or deformed main beams.

Injuries on the rear legs affect the opposite side antler, where front leg or shoulder injuries will affect the same side. Research shows this oddity may be from the buck’s ability to pull or redirect nutrients for healing the injured leg.

With the days of late summer getting shorter, testosterone levels begin to rise and the growth cycle begins to slow down, initiating the process of hardening or mineralizing of the antlers.

How the Velvet Comes Off

The velvet ceases to be fed by blood during the formation of what some call the base or the burr on the antler. When the buck grows this burr at the end of the antler cycle, it puts a “kink in the hose” so to speak, cutting off the blood supply to the velvet.

Rare cases do exist where a buck does not shed his antlers, and instead keeps a velvet- covered rack that continually grows throughout the year. The condition is referred to as cryptorchidism. These “cactus bucks” result from an injury or castration of the testes at some point in time, which alters their testosterone levels.

The age at which the injury occurs will determine the severity of antler deformation or interruption in the normal antler cycle. Fawns that are castrated will likely not develop a pedicel and therefore never grow any antlers.

An older-aged buck that has a testes injury or castration while he is in the hard antler stage will likely shed his antlers early due to the sharp decrease in testosterone production. The following season, the buck can grow a rack that is permanent and stays velvet-covered and growing.

The antler growing process is very interesting and one of the most unique cycles in the animal kingdom. Whether it be whitetail, mule deer, or elk, antlers are a large part of the hunters’ fascination with these big-game animals.