Bullfight: The Best Day to Kill a Bull

Last week we reviewed calling versus not calling and the scenario of two bulls bugling at each other was used as an example of a prime time to be quiet.  Let’s revisit that scenario and expound it a little bit.  We know that on most occasions the herd bull takes a defensive position between the challenging or harassing bull and his harem.  It is important to understand that this is not a static relationship, it is typically a very dynamic scenario played out as the herd moves from one area to another. 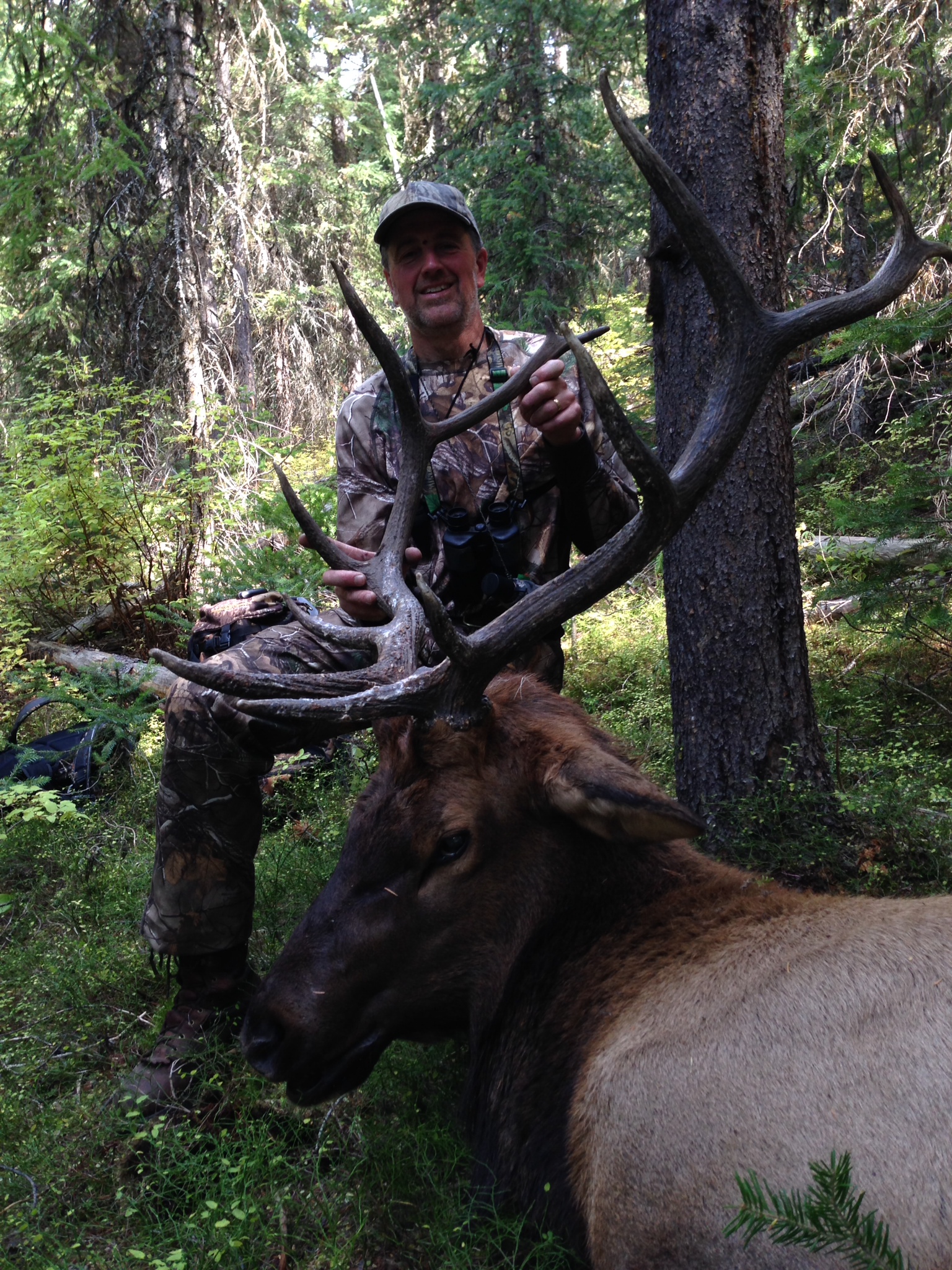 Being amongst bugling bulls pays dividends for hunter Paul Swift

We also can assume that since the bulls are bugling at each other there is probably estrus on the ground and at least one hot cow in the herd.  Since they are also almost continually bugling you should be able to stay with the herd, determine their course, and develop a strategy based on the information you are receiving. As you can see this is a truly blessed situation to find yourself in.  In fact, it is your number one scenario when the odds of getting a shot seriously tip into your favor.

My preferred method is to slip into the area and shoot the herd bull without making a sound.  The question we want to address this week, is what happens if the stalk goes bad?  If the herd catches your wind it is pretty much over, however, don’t assume when they go crashing away they are going to run for several miles.  I know that is a popular sentiment but in the heat of the rut they may just top the ridge and get right back to the business in the next drainage offering perhaps another stalk opportunity.  However, getting winded by elk rarely turns out good, so you absolutely must play the wind even if it means pulling out and repositioning.

Another thing that happens is you may miscalculate your approach and blow out the satellite bull.  If you do he won’t go far, and at that point, you can simply take his place.  Start calling to the herd bull and pressing in on him forcing him to deal with you.  Chances are the satellite has kept his distance occasionally getting too close and being run off.  The herd bull is being harassed and is not happy, take the satellites place and continue with the harassing.

Another miscalculation involves the opposite, blowing out the cows.  Now when those cows take off only one or two of them even know why they’re running, a quick calming mew will slow things down long enough for you to scream a bugle at the herd. The herd bull is getting confused, and when he hears that bugle he is going to assume another bull has crashed the party, very good chance he is in your kitchen before you can even nock an arrow, so get ready!  If you blow out the herd bull some quick cow calls probably will spin him around.  Rutting bulls with estrus on the ground do some really dumb things and I have bumped them many times and called them right back to me.

We also have developed over the years a calling technique for positioning yourself between the herd bull and his cows.  This situation is also an extremely effective high percentage technique that is relatively difficult to execute, but deadly when done correctly.  I will go into more detail on that in a later blog.

I bring it up here because in the process of stalking the herd bull you may find yourself between him and his cows, but not with a shot.  A simple grunt should bring him right in.  Hopefully armed with these few tactics your success will increase on your next archery elk hunt.  Remember, these calling suggestions are for overcoming errors in your stalk.  I would not consider them your primary tactics for the ascribed scenario, your first and best option is to stalk in silently and kill the bull.