A Childhood of Cornstalks and Bulls | Great Days Outdoors

A Childhood of Cornstalks and Bulls 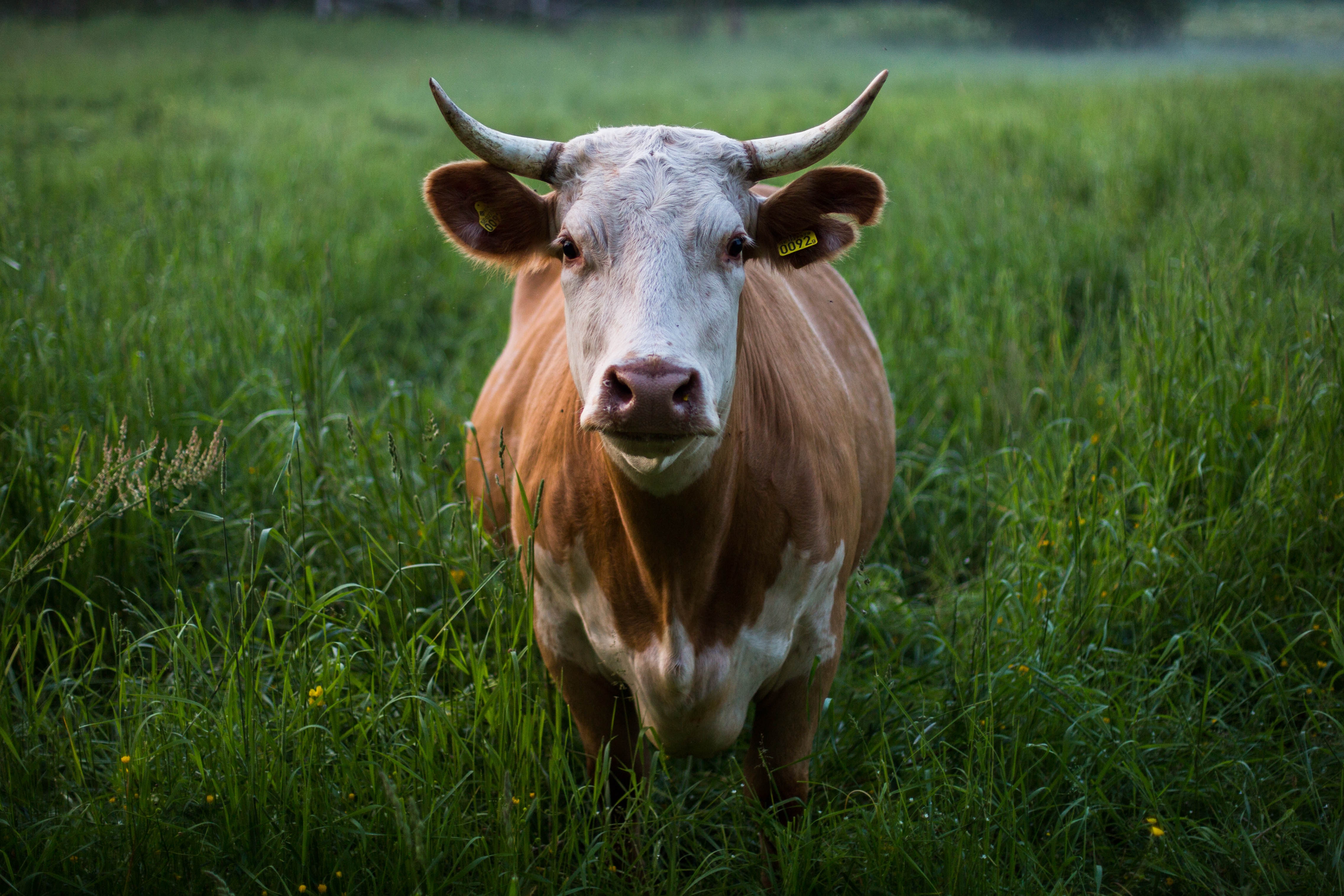 I grew up in the farm country of northern Illinois in the 70’s.  To my family, the summer was a time of harvest, grapes, apples, you name it all went in the canner.  I remember my mother spending countless hours over the stove canning vegetables and making jams for the coming winter.  We harvested our firewood for the winter as well, to us, summer was about getting ready to survive winter.  To a nine year old, summer was about sweet freedom.  No teachers telling me to stop gazing out the window, no test to take and no girls to deal with.  Just me, my dogs, and rock creek begging to be fished.  On this July day, my neighbor Davis was getting a new pellet gun for his birthday, a monumental occasion in a rural boys life.  When your parents upgraded you from a BB gun to pellet gun, it was a big occasion indeed and a statement of parental trust.

I popped out of bed early, excited about the day’s events. I already had my pellet gun, but Davis acquisition of his own meant new opportunities for our pellet gun hunting adventures.  I piled into the kitchen for a big breakfast and my parents asked what I planned on doing, I gave them the scoop then they dropped a bombshell:  “You have a pile of corn to shuck.”  There were two chores I despised, pulling weeds and worse, shucking corn.  In those days young boys actually had chores to do.  Despite my arduous protest, my parents were unmoved.  “As soon as you are done, you can go play,” they stated.  I was offended that something so critical as shooting birds could be classified as “playing”.  My parents clearly had no understanding of what was truly important and useful in life.  This was indeed a disaster and I was none too happy with the dictators that oversaw me.  My dad finally ended the discussion by saying “you can sit in that lawn chair all day, or get it done and go play.”  I mumbled out the door at my poet dads comment and thought I saw a sly smile on his face.

As a reasonable child, I decided given the options presented by my dad I would choose the former and sit in the chair all day.  About noon both parents came out to the corn pile and were furious when they saw not a single cob shucked.  When questioned I indicated I had selected option number one.  My dad, much like the government, decided our first contractual agreement was not in his best interest, and proceeded to offer new terms without my consent.  My options now consisted of shucking the corn pile or getting a-whippin’. You see, in farm country in the 70’s whippins’ actually meant getting beat with a belt in order to correct bad behavior, and the sight of my dad undoing his belt resulted in a very quick shucking of a couple of ears. When my parents left I endeavored to get the pile done, and eventually did.  Upon completion, I was granted freedom and scrambled to get Davis.

We decided the best hunting action would be to shoot the pigeons out of Drury’s barn.  We were not allowed in the barn as it was guarded by a very big and very mean Angus bull, but we could shoot at the pigeons as they fly by.  I don’t think we ever actually hit a flying pigeon with the pellet gun, but it felt like real hunting so we distributed a lot of pellets across that field.  The birds were not flying that July day, but Drury’s bull loomed big and mean, swatting flies and getting agitated.  There was no way for us to sneak into the barn.  Then the light bulb went off.  If we could distract the bull, we could sneak into the barn.  As we review our childhood growing up, there are a few ideas we had as kids that were just really bad. Distracting the bull was one of them.

As you know bulls are very well endowed, and it seemed reasonable to us that a properly placed pellet would certainly spin the bull out of the barnyard and into the back pasture.  After a couple of errant shots the bulls was clearly getting angry, and finally, I hit the mark.  The bull lets out a scream and headed right towards us with a vengeance.  I was shocked he didn’t run away and grateful for the huge oak slab fence that stood between us and the enraged beast.  When the sound of the huge oak slab cracking rang through the air, I was terrified.  “Run!” I yelled.  We ran for our lives with the bull tearing through the fence and heading after us.  Our tree house was made from an oak limb that tipped out of a tree in a lightning storm years before.  We hit the limb at a full run desperate to climb to safety.  Unfortunately for us, the limb gave way to two kids and most of the way up it came crashing to the ground with me on it.  Davis went flying off to oblivion but I ended up under the limb badly spraining my ankle.  I was pinned and looked behind me for the bull that was sure to end my childhood.  The bull had apparently veered off from the chase and spared my life.  Davis was crying and fetched my dad who cut the huge limb and pulled me out.

The next morning I hobbled into the kitchen. In those days injuries did not result in trips to the doctor unless absolutely necessary.  My parents had always adopted a wait and see attitude with all afflictions.  My dad was eying me over the rim of his coffee cup.  “Bill Drury stopped by this morning and said his bull broke through the fence yesterday.  You know anything about that?”  He quizzed.  “No, sir I don’t.” I lied.  My dad frowned and gazed out the window.  “With your ankle being torn up I suppose you might as well sit in the lawn chair all day and shuck corn.”  My dad knew and granted me a reprieve from the belt.  “Yes sir,”  I replied.  As I waddled outside I again saw a sly smile on his face, it was alright to be a kid.  We are, by no real choice of our own, a product of our childhood, and for me, it was a magical world despite the bad choices we sometimes made.