Choosing A Deer Hunting Tactic During The Lull

With strategic deer hunting tactics, you can be successful hunting the December lull.

There are numerous articles on the web and in magazines that will give you advice on rut deer hunting tactics and deer calling. However, it can be difficult to find articles on how to hunt what most refer to as the ‘December Lull’ in Alabama, or the ‘October Lull’, in the Midwest. You can be successful during this period, but not by chance. I have a few factors that I look for when it comes to hunting during this period.

No matter where you are in the country, or what you call it, there always tends to be a slow period for a few weeks leading up to the rut. It’s not because the deer aren’t moving, but the portion of movement that is done during legal hunting hours is very limited. Which is what deems this time of year ‘the lull’. Don’t get me wrong, you can be, and I have been, successful during this time of year. It just takes very strategic moves, and hours studying weather patterns, to have the greatest chance of success.

Whether it’s October on my Kentucky property or December on my south Alabama property, I tend to look for the same weather fronts. What I am looking for is a forecast dramatic weather changes. Whether that’s a high-pressure system, dramatic temperature changes, dramatic drops in wind speed, or even moon phases. While I look at each one of these factors when deciding which days I want to hunt, I am a huge believer that temperature trumps all when it comes to daylight deer movement. Therefore, those major temperature drops are my main deer hunting tactics during this time of year, or throughout the entire season for that matter.

My most successful hunts during the lull period are morning hunts, on the first day of 12-15+ degree temperature drops. Not only is the dramatic temperature drop going to put deer on their feet during daylight, but major fronts like that are always going to come with major pressure changes, which is also a huge factor in that daylight movement.

During these major fronts, I tend to see very good morning movement on that first day, but after the first day of the front, the daylight activity seems to slack back off. That is until the front moves out, that’s when I tend to see increased evening daylight movement as the pressure begins to fall off again.

“My most successful hunts during the lull period are morning hunts, on the first day of 12-15+ degree temperature drops”

During the lull, I tend to stay out of the woods except for days leading into, or coming off of, these types of fronts. No matter how much I want to be in a tree, it is not worth busting up a mature buck right before the rut, when I know I’ll have a good chance at killing him.

When the weather conditions do fall into place to hunt, I am on some type of food source. Native browse is either completely matured and no longer palatable, or almost to that point. Which means you can find me over acorns, or an early season food plot. In my experience, deer seem to be on a pretty good pattern of bed to food during the lull, so I tend to put all my eggs in that basket, so to speak. 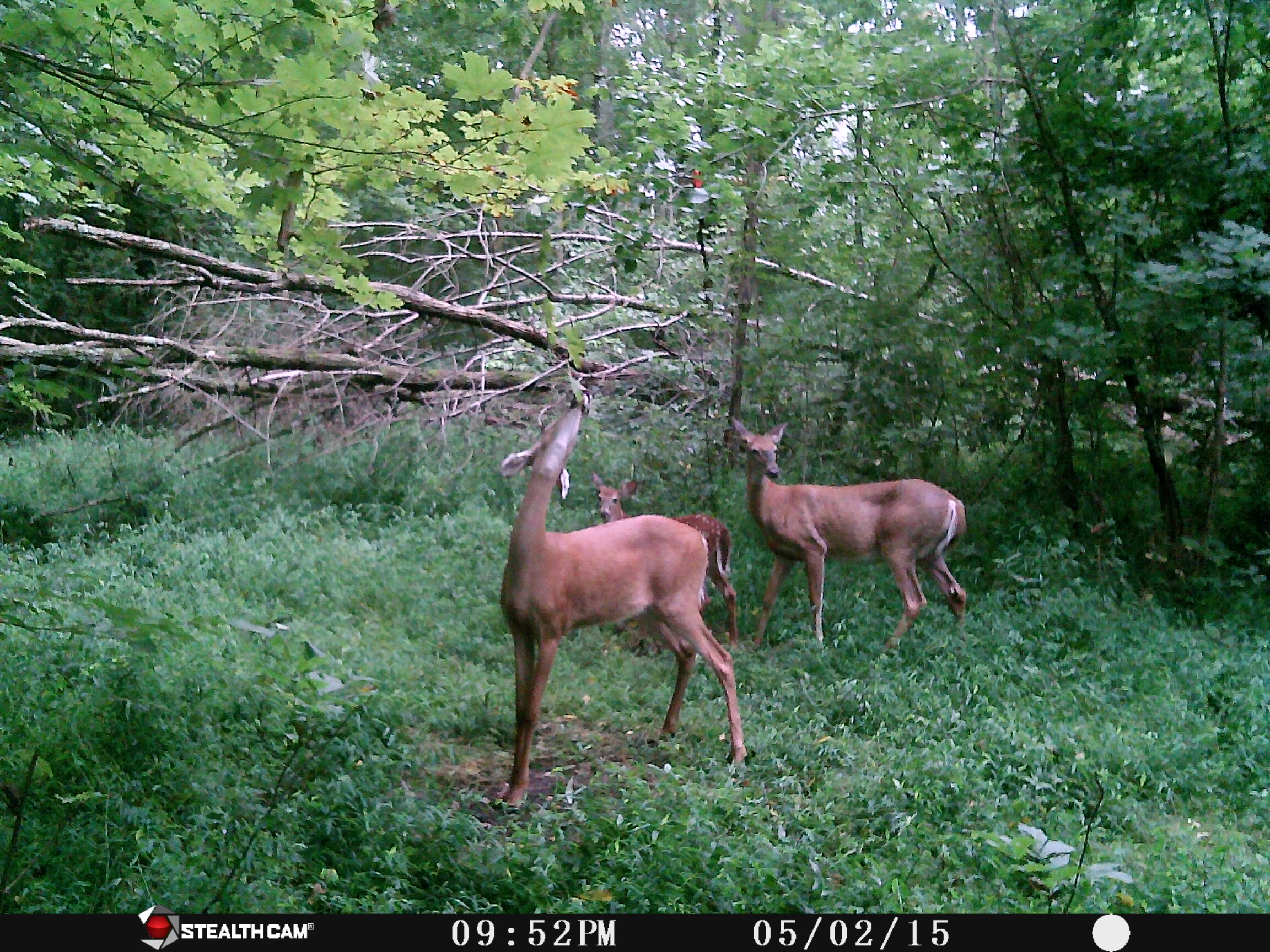 Come the end of the month, when I know the bucks are starting to get aggressive, I’ll start really keying in on those doe groups. One deer hunting tactic that always holds true during the pre-rut and rut, find the does and you’ll find the bucks.

Studies have shown that no matter what the temperatures are, or what the moon is doing, does are bred within the same two-week period every year. Now whether they are bred during daylight, or at night, is different story altogether and that 100% depends on the weather.

With that said, once the rut is on, I am going to log as much tree stand time as possible, no matter the weather conditions. Once that magical time of year is finally upon us, there is no secret on how you need to hunt, find the does! There is only one thing on a bucks mind during the rut, and that’s love. 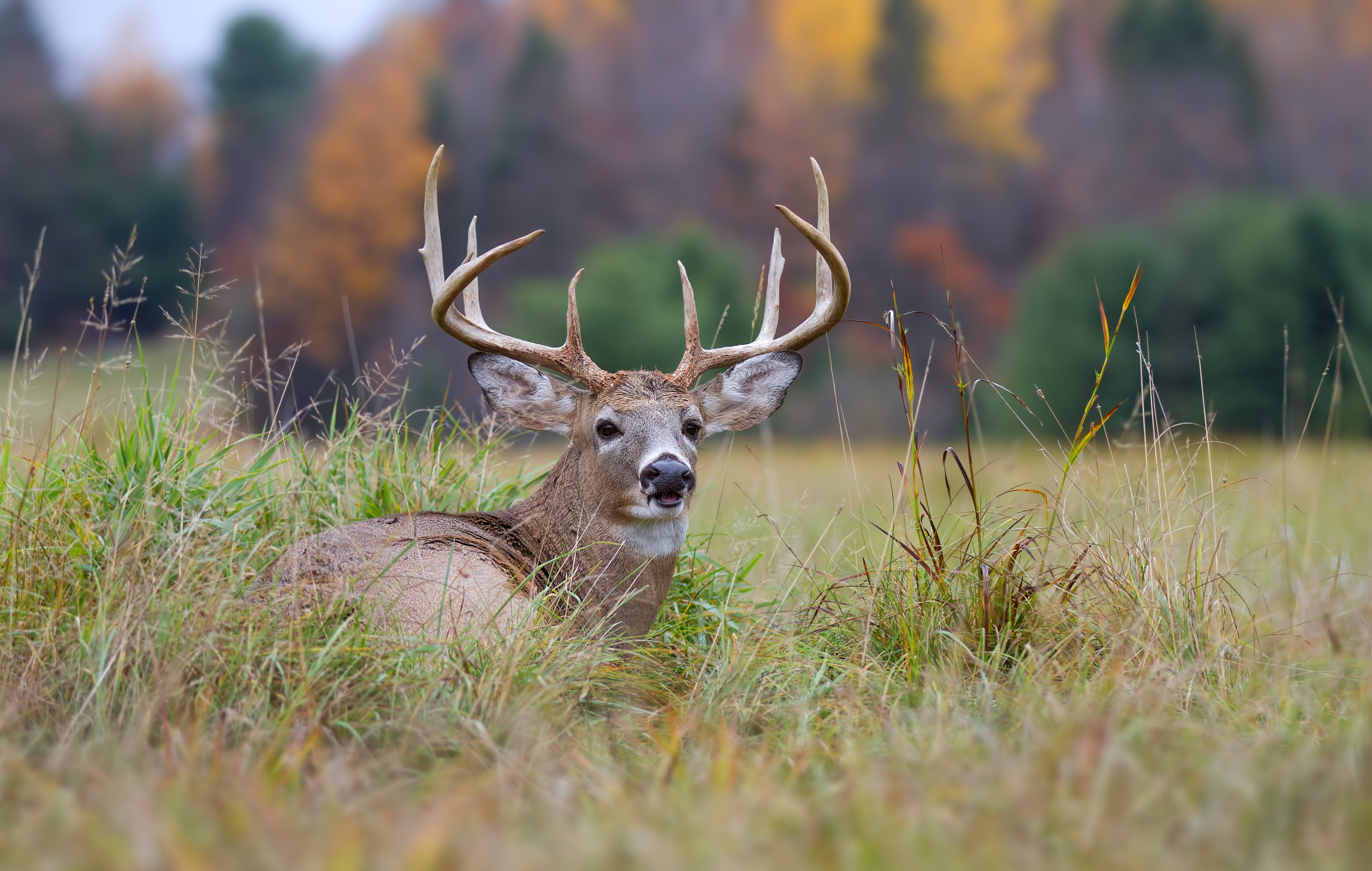 On evening hunts, I tend to be on food sources. By this time, the acorns are played out and aside from woody browse, there is no food left in the woods. So if your food plot program is on point, your deer should be hammering them this time of year. As I mentioned before as a deer hunting tactic, if you find the does, you’ll find the bucks. So I like to concentrate my time on my food plot that I know the local doe groups are using on a regular basis.

On a side note, let’s say you know exactly where a buck is bedding. This doesn’t happen to often because most of the time, when you find a mature buck bedded down, you’ve already busted him out and it’s game over.

However, when you can find those bucks bedding areas, it can be deadly. If a buck is bedding somewhere, it’s because he feels safe there. Contrary to popular belief, when a buck finds a hot doe, she isn’t going to just lead him around all over the place. He is going to try to corral that doe into an area that he feels safe so that he can breed her.

So if you know where he’s bedding, you can use that deer hunting tactic to draw the conclusion that that’s probably where he is going to push her to in attempts to breed her. So once the hardcore chasing phase is on, hunting those buck bedding areas is an excellent deer hunting tactic that’ll help catch a buck pushing a doe through it.