Designing a Custom AR for Your Needs | Great Days Outdoors

Designing a Custom AR for Your Needs

Designing a Custom AR for Your Needs

“I really can’t believe how rifles have changed over the last few years,” exclaimed my buddy Wade in a recent phone call. I agree, most every hunter I know now has at least one AR-10 or AR-15 rifle in their collection for hunting deer, hogs, coyotes, home protection or at the range “punching paper”. Which means, there are plenty of custom AR-10s or AR-15s for sale.

A good example is my son-in-law Mitchell who leaves his dad’s .308 Model 700 Remington and several of his own deer rifles in the gun safe to hunt with his AR-15 in .300 Blackout at the family property in Blount County. 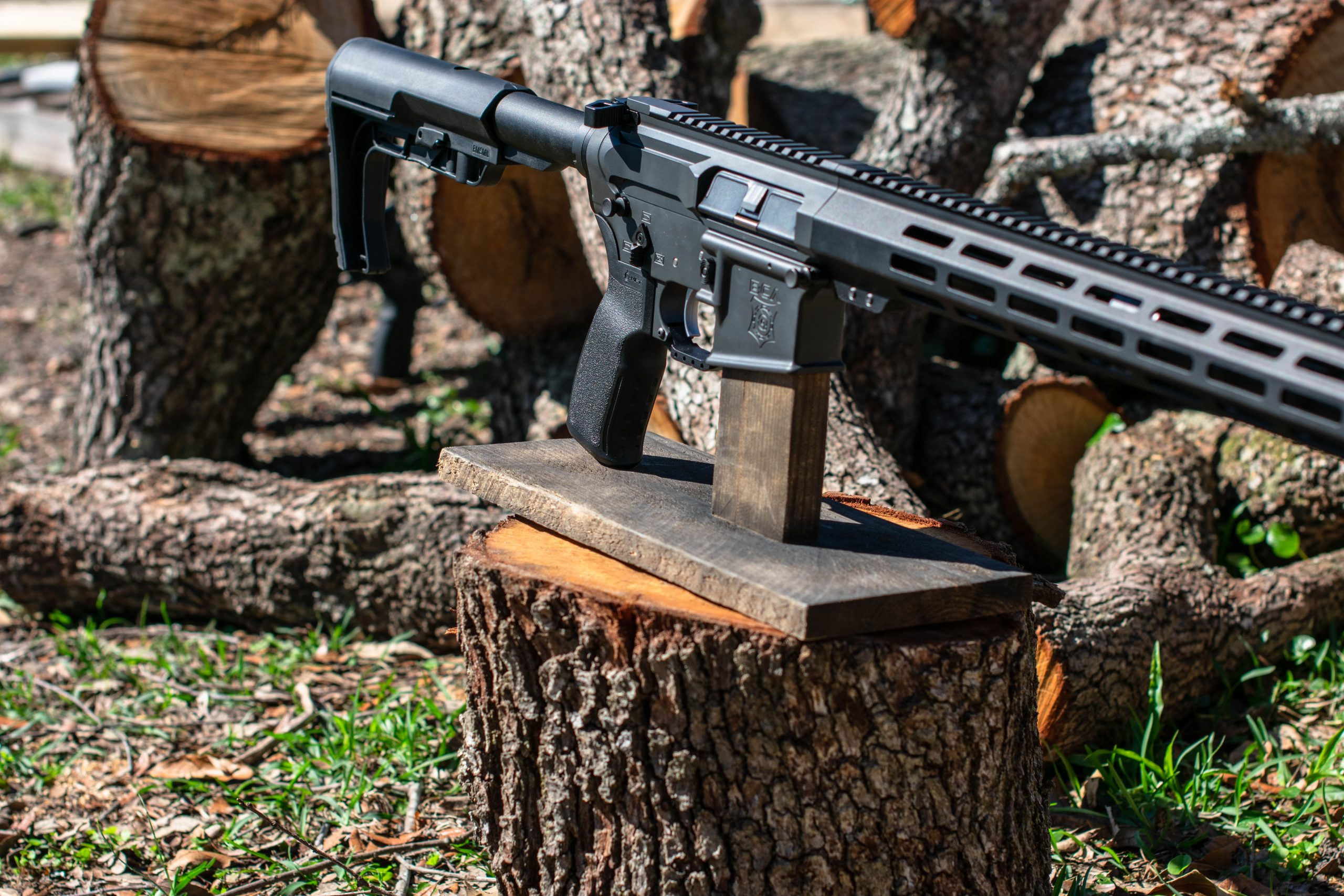 AR-10s and AR-15s are quickly becoming a preferred rifle for hunting many different types of animals.

The AR-15 has grown in popularity so much in recent years that the National Shooting Sports Foundation estimates the AR-15 style of rifle accounted for 61 percent of all civilian rifle sales in the US in 2016. The NRA estimates there are more than 15 million AR’s owned by Americans today. The number of companies building custom AR-10 or AR-15 platform rifles has greatly increased with some more interested in custom builds rather than average entry-level rifles. Bay County Armory (BCA) in Panama City is one of the ones leading the custom built path.

The guiding force behind BCA is Sonny Vincent, an eleven year federal agent for U.S. Customs and the Department of Commerce. Deciding to change careers, he left government work for the private sector where he spent more than a year learning about the retail side of the gun business.

He left the retail arena and formed BCA six years ago to build purpose-built rifles on custom AR-10 and AR-15 platforms for select dealers who wanted a rifle for their customers that was a step up from the cookie-cutter, price point AR’s that most dealers stock. 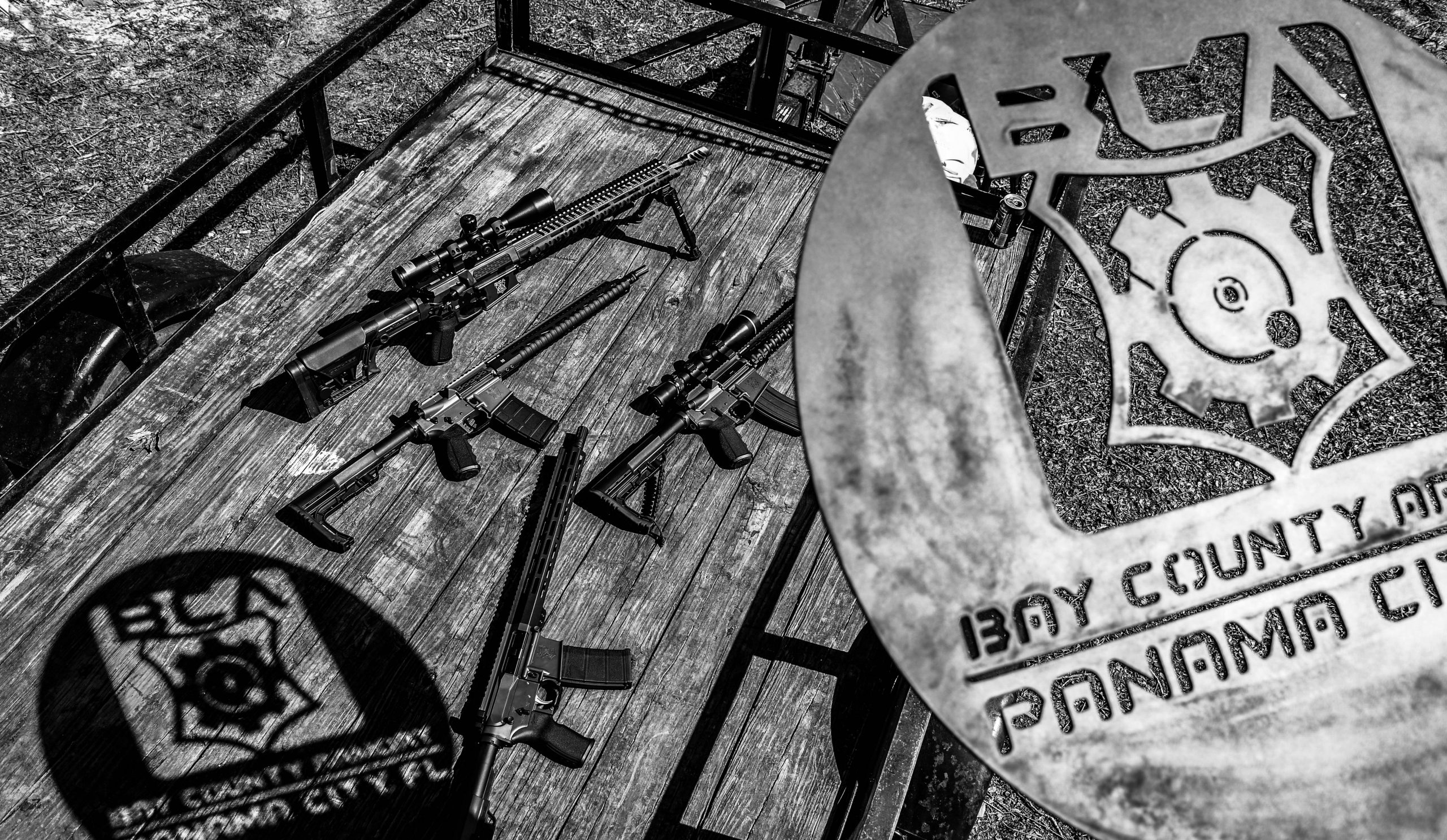 Bay County Armory offers purpose built ARs that are a step above other offerings.

When Sonny accepts a new dealer, he works closely with the customer in the specifics of how he wants his rifles built. In the six years since BCA started shipping rifles, they have built a loyal dealer network that appreciates the quality and customer service that BCA provides.

BCA’s business has grown to the point, according to Vincent, where it is a balancing act between accepting new dealers and delivering their orders on a timely basis. The company’s aim is to not sacrifice the quality of the rifles and high level of customer service by adding more dealers than their current production resources can handle.

BCA offers three tiers of customization the dealer can choose from when ordering rifles. Their custom AR-10s and AR-15s for sale come as the Sentry Basic, the Sentry and top of the line Standard. 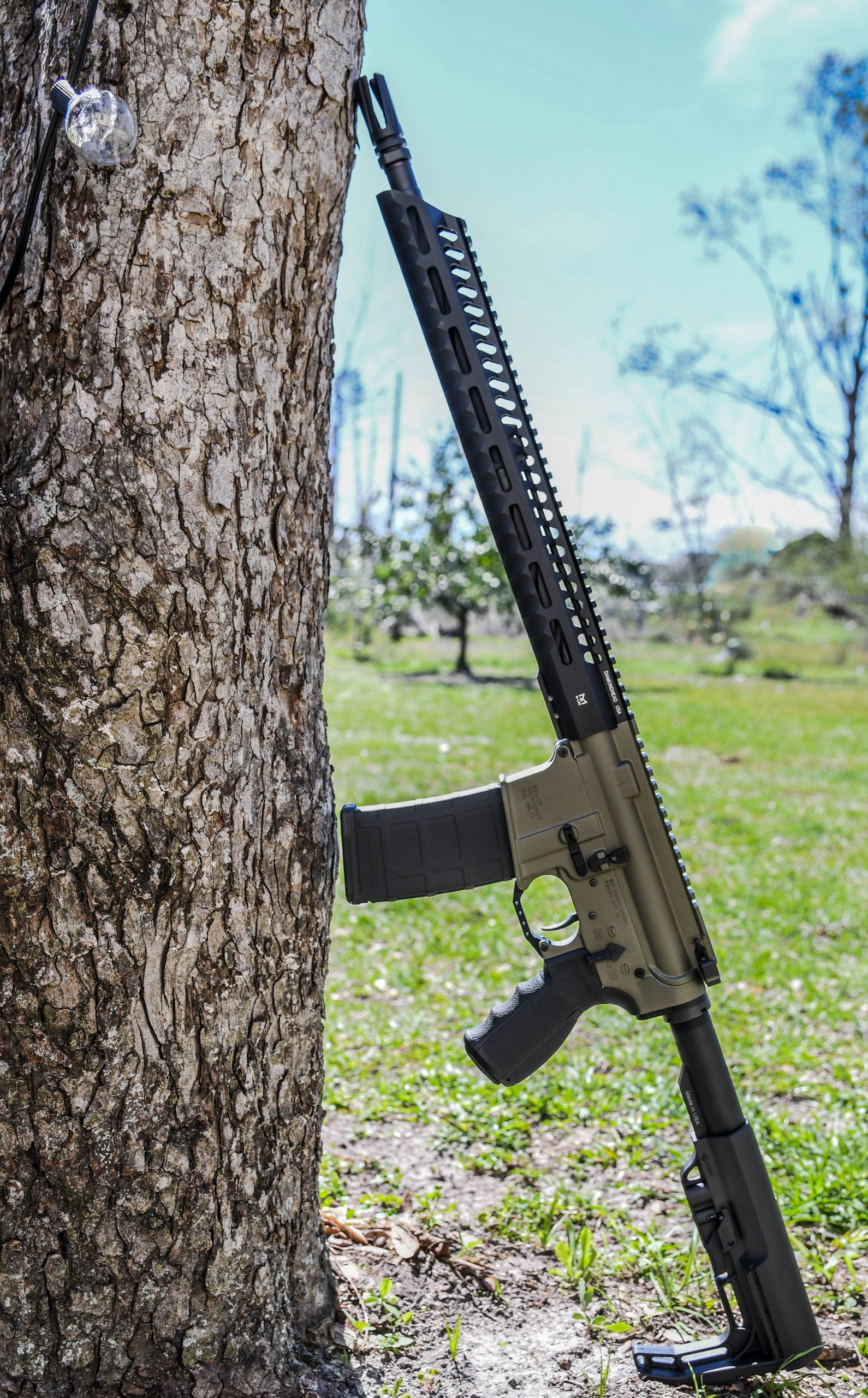 Designing a custom built AR can be a new, fun experience for even the most seasoned hunters.

The Sentry Basic is for the customer who desires a step up in quality and features, on their custom AR-10 or AR-15, from the basic rifle of other companies. These rifles have the standard stock, grip barrel, muzzle brake and ambidextrous charging handle. The controls and trigger are mil-spec and the rifles are available in three colors: Flat Dark Earth (resembles sand and soil colors most often found in the Middle East), Tungsten (medium gray) and Olive Drab. The Century Basic retails for $850.

The Sentry brings upgrades in the components as well as a wider choice of colors for the rifle. BCA upgrades to stocks and grips from Mission First Tactical and cold-forged barrels.The Advanced Combat Trigger (ACT) is a tuned mil-spec design with the same design, geometry, and pull weight made by ALG Defense and plated with nitro-boron for high surface durability and wear resistance.  The trigger and hammer pins are hardened stainless steel, precision-ground and black nitride coated rather than stock mild steel pins. The ACT provides a much smoother trigger pull which breaks at an average of 6 pounds which meets regulatory requirements for those where it is a concern. It also provides a cleaner break than the standard mil-spec trigger. Also the bolt-carrier group is nickel-boron coated which provides greater wear resistance. The stocking dealer has a choice of over sixty paint colors to choose from for their rifles. The Century retails for $1050. 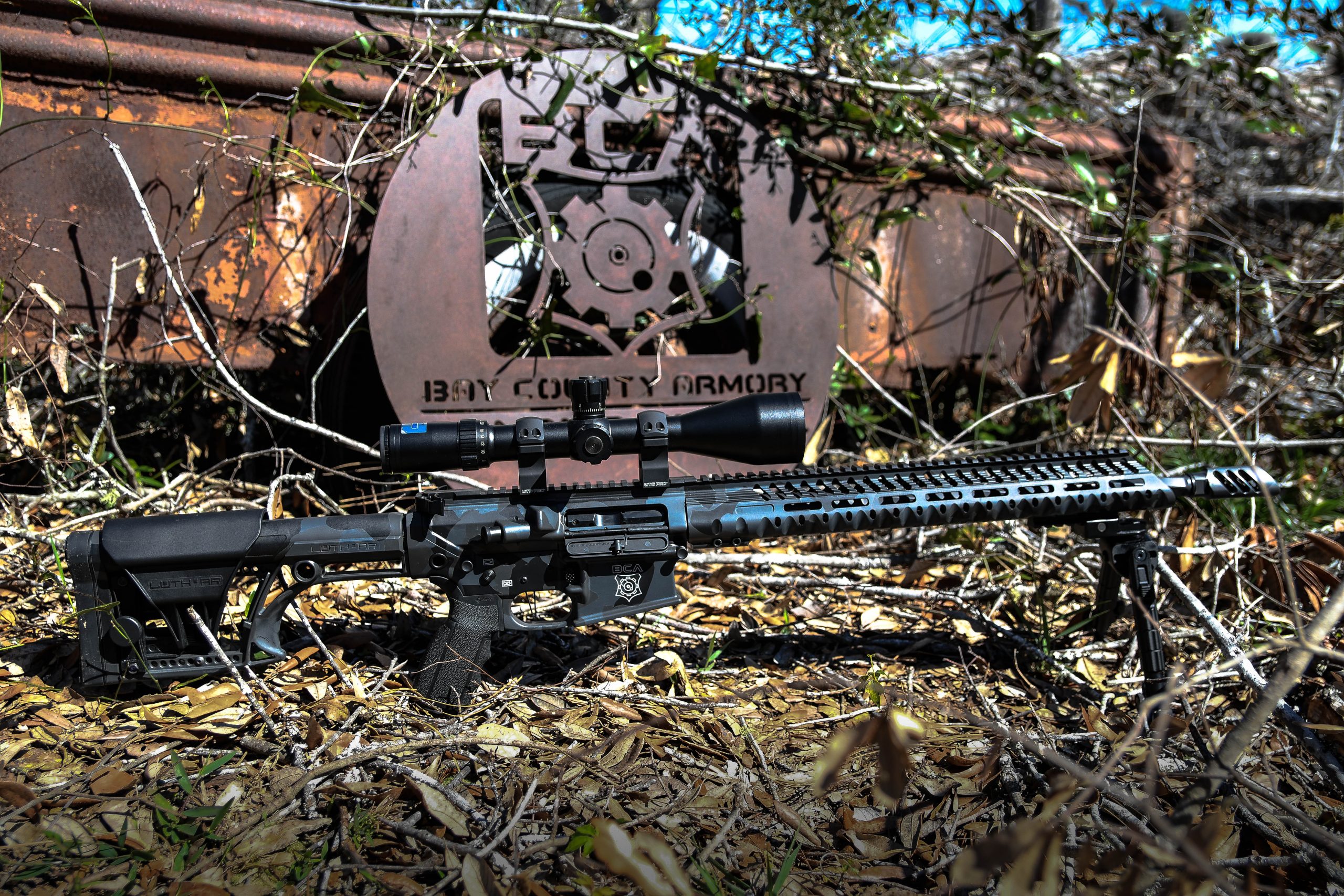 A Custom built AR is not only cool to look at, but also functions great when you are out on the hunt.

The BCA Standard is the top of the line for the company. The Standard uses a different stock and grip from Mission First Tactical than the one used on the Sentry. The Standard uses a drop-in 3 pound-pull trigger from Velocity Triggers. Tom Vehr of Velocity Triggers has over thirty years experience in designing, manufacturing and assembling triggers and builds a superior quality trigger. The upper comes with either a 13 1/2 or 15 inch handguard built by Diamondhead. The hand guard is a rounded triangular shape which improves comfort and ease of shooting. It   provides exceptional airflow to keep the barrel cooler. It is mil-spec Type III anodized aluminum construction and combat durable. The bolt carrier group is nickel-coated coated providing excellent wear resistance. The barrel is a stainless steel, spiral fluted, match grade barrel for superb accuracy. The standard retails for $1450.

BCA rifles are not for everyone but if you are looking for a quality custom AR-10 or AR-15 for sale, brought to you with a superior level of customer service should it ever be needed contact sonny@baycountyarmory.com.

Craig Haney
Craig Haney writes about guns and shooting sports because that is what The Gun Rack is about. He can often be found fishing knee deep in a creek getting “water therapy”.