I recently had the pleasure of reading Black Belt Bounty, a beautiful coffee table book published by the Alabama Black Belt Adventures Association. Below you’ll learn just some of the Alabama Black Belt deer hunting traditions that I discovered while reading this compilation of articles written by noted Alabama outdoor writers.. These are sure to be ones you’ll want to pass down no matter where you hunt.

Have you ever found an arrowhead, spear point, or cutting tool used by the earliest inhabitants of this continent? When I’ve felt that stony point in my hand I often wonder, did the person who made this experience the same adrenaline surge that I feel when I first hear the steps of a deer in the crunchy fall leaves? Did they feel the joy of feeding the hungry mouths back at camp with fresh game meat? We can never truly know what the earliest Alabama black belt hunters must have felt, but what we do know the importance of hunting as a way of life.

Contributor Steven Meredith details the earliest days of Alabama Black Belt hunting and one of the family hunting traditions that groups of hunters still carry on today.

“Black Belt people often lived on small farmsteads, apparently supporting some ‘elite’ people in villages with tribute, largely in the form of corn and labor. Based on refuse found at village sites, deer meat was also a tribute commodity,” Meredith wrote.

Hunters of today still take deer meat to their elders and others who are no longer able or do not hunt for themselves. Honoring loved ones with gifts from the field is a family hunting tradition that has and will always stand the test of time.

Alabama Black Belt hunting wouldn’t be what it is today without the evolution of the Southern deer camp. The camps that call the Alabama Black Belt home have too many traditions to fit into this one article. Some of us kiss our bullets before a hunt, others have that lucky hat, and still others believe you must eat deer meat before a deer hunt to have the best luck.

As chronicled by Ron Jolly, one of those Alabama Back Belt Hunting camps is called Dollarhide. These quotes are taken from the book, A Factual History of Dollarhide, written by John McQueen. “Kangaroo Court is held at the end of each dog drive where club members rag, tease, and decide punishment for hunters who miss a shot, usually a swat on the rump administered by the club President with the ceremonial paddle. Blood is smeared on the face of the deer hunter successful for the first time.” 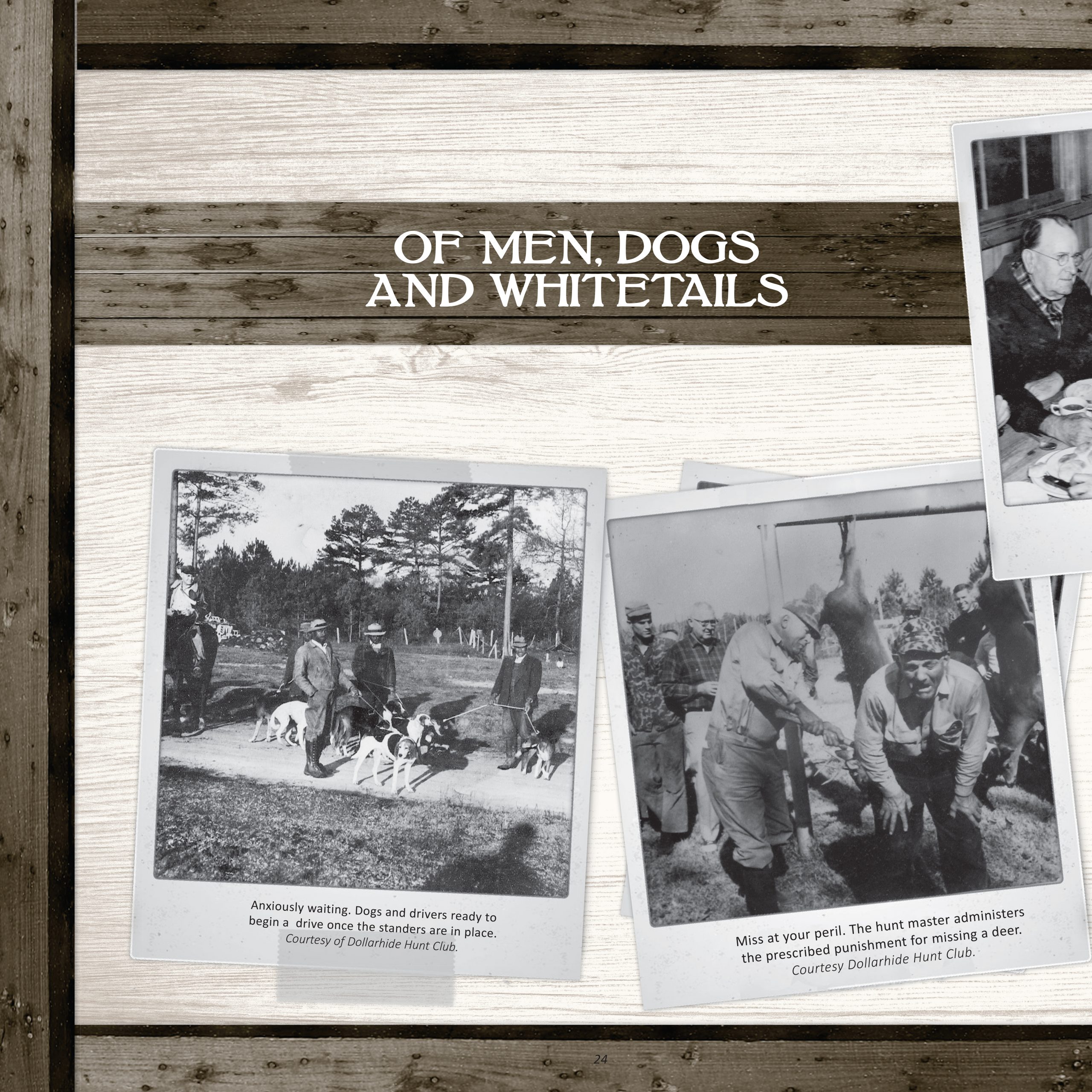 You always want to be truthful when discussing your day out and always hit your shots, otherwise, its your you-know-what.

While these deer hunting traditions can be seen at almost any deer camp in America, there is one that Dollarhide most certainly shares with every other. Joe Lee Hutt, when asked about the family hunting traditions during his 10 year Presidency at Dollarhide, gives us this, “I think you have covered our most popular traditions but you have left out the most important one, lying! You never tell anyone where you heard a turkey gobble, caught a big bass, or killed a big buck. When you offer information we all know you are lying and expect nothing less. The fun is trying to figure out the truth!”

I’m not ashamed to admit I’ve had my shirt tail cut off. I certainly had my face smeared with blood after my first deer. Have I lied about what I saw? Never. There is something about the right of passage that creates a unique memory in one’s brain. Make sure you pass some family hunting traditions on to the hunters in your circle, they’ll never forget it.

When it comes to Alabama Back Belt hunting of the winged variety, quail is king. Though the birds are an excellent wingshooting challenge, the hunt could not be possible without the real star, the dogs. Because of this, every year the Alabama Black Belt hosts yet another series of hunting traditions, field trials.

As taken from Mark Sasser’s beautiful chapter on the rich history of field trials in the Alabama Black Belt, “Field Trials are sporting dog competitions under simulated hunting conditions that tests a dog’s ability to find the game that it is bread and trained to seek out. Bird Dog Field trials probably had their origin when a group of sporting dog enthusiasts gathered and somebody said, ‘My dog is better than yours and I can prove it!’” 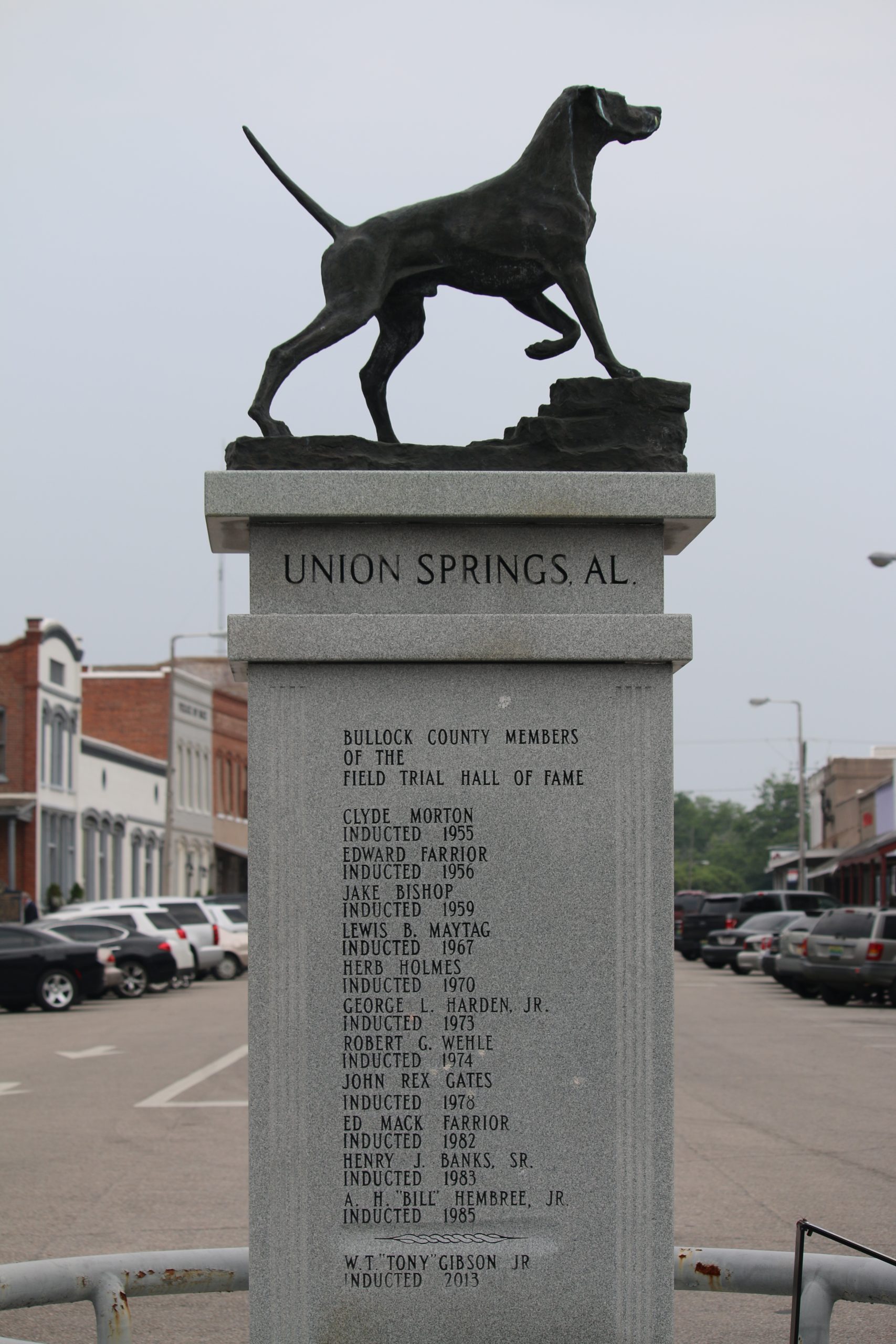 This beautiful Field Trials Hall of Fame statue can be found in Union Springs, AL.

To conduct these trials, sporting dog enthusiasts must have thousands of acres of open piney wood habitat and the Alabama Black Belt boasts plenty. 80% of the state’s quail plantations are in the Black Belt.

Probably the two most famous venues in for conducting these trials are the Sedgefields.

Sedgefields Plantation in Bullock county, formerly owned and developed by Maytag Appliance magnate, Lewis “Bud” Maytag, is home to the National Amateur Free for All Championship. The plantation is located near Union Springs, Alabama, also known as the  Bird Dog Capital of the World.

Sedgefields Plantation in Alberta, shares the same name but is a completely different entity. Both are 10,000 + Acre plantations that have hosted some of the top bird dogs, trainers, and celebrities for competition, hunting, and revelry over the years. While field trials are certainly a tradition of the Black Belt, the real underlying tradition is time spent outdoors bonding with family and friends. This can be done anywhere in pursuit of any type of game, and it stands out as perhaps the most important family hunting tradition there is.

The majority of the time that we go afield most are not successful in taking wild game. This means that when you do, the result is that much sweeter. There is no greater feeling in hunting in my opinion than enjoying the fruits of your labor. Knowing that the only hands that have ever touched the beautiful piece of protein you are about to enjoy makes the experience that much better.

The deer hunting tradition I’m most fond of is the post hunt feast. Nothing builds an appetite like a long day outdoors in a cold northerly wind. Black Belt bounty is chock full of excellent game recipes from some of the best wild game and fish chef’s in the South. Enjoy this recipe from Pushmataha Plantation in Lisman, Alabama. 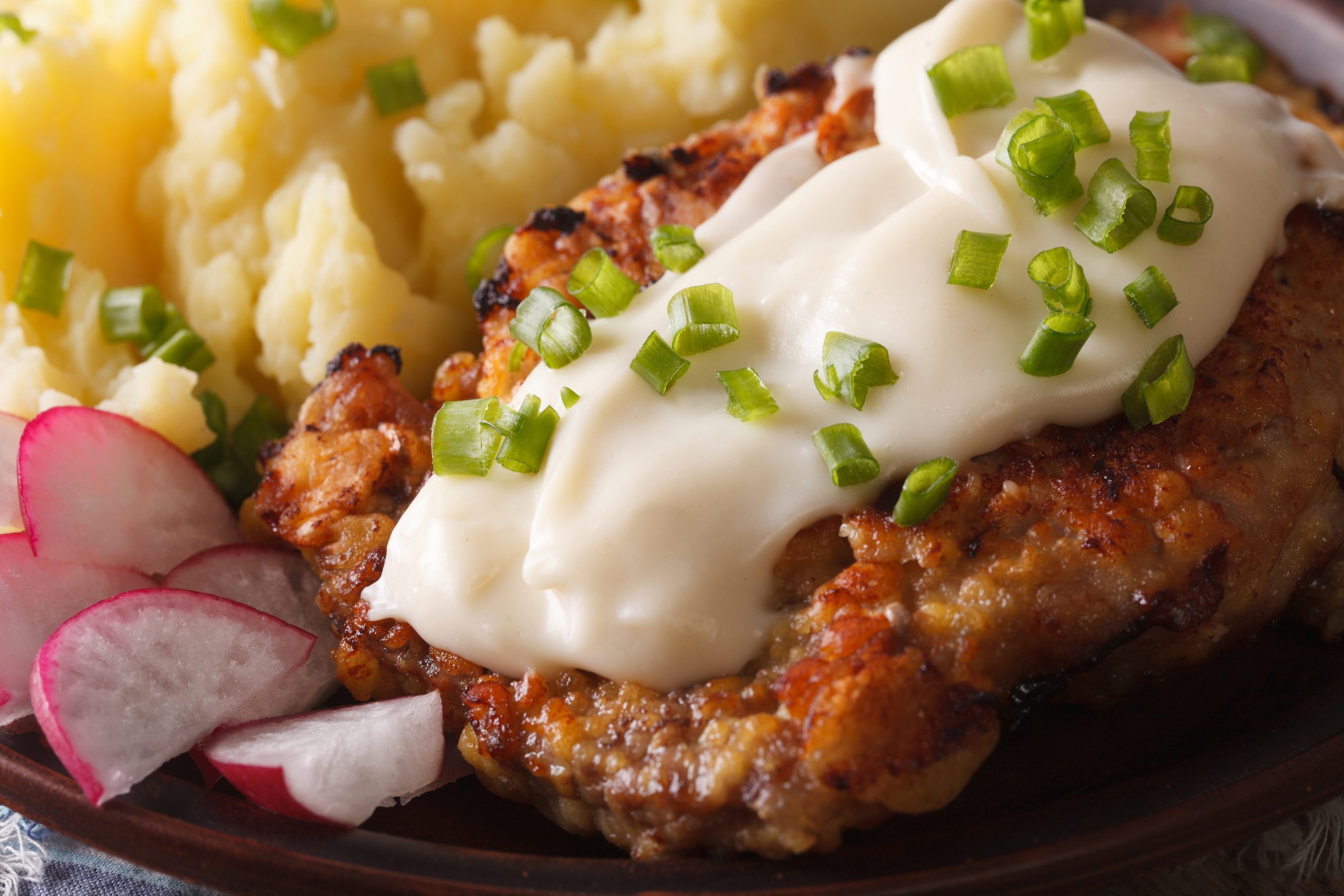 In a large bowl Combine flour, salt, and pepper. Whisk to combine. Wash steaks before placing in flour mixture. Pat dry. Coat each cubed steak in the flour mixture turning over repeatedly until well coated. Heat the oil in a large skillet or dutch oven until around 360 degrees. Place prepared steaks in hot oil, frying for about 10 minutes until steaks are golden brown, turning as needed. Remove from oil and drain on paper towels. Serve with rice or mashed potatoes and gravy.

A discussion of deer hunting traditions would not be complete without highlighting the conservation practices that have and are currently being carried out in the Alabama Black Belt.

My favorite quote from the Black Belt Bounty comes from Ron Jolly. “I do not believe anyone ever really owns the land. It was here before you and it will be here after you are gone. We are simply caretakers during our tenure and life on it. We can shape it, change it, and nurture it. It will respond to actions we take to improve it and endure anything we can do to harm it.” 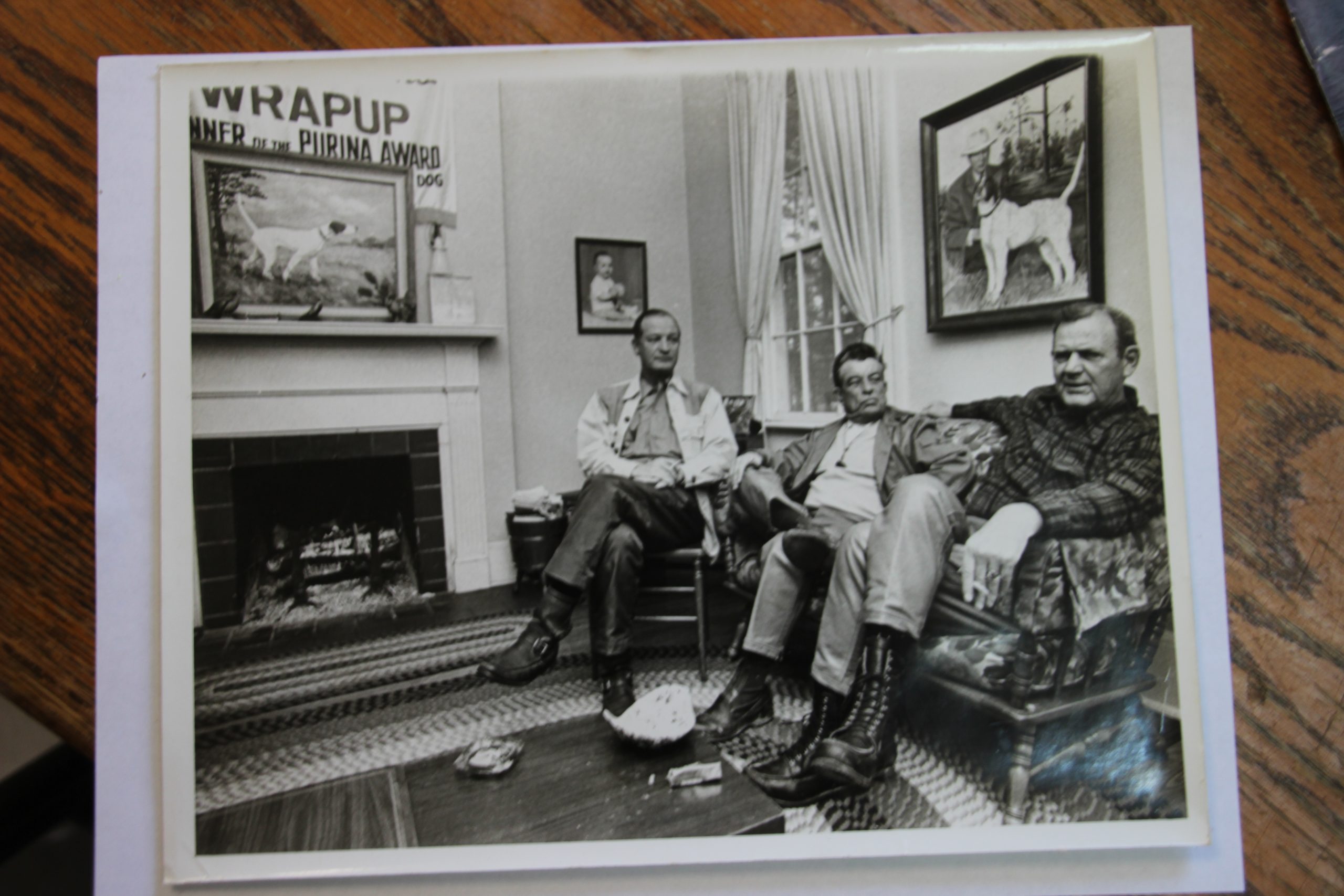 If I had to guess, Coach Bryant was held to a different standard than everyone else. Traditions or not, its Bear Bryant and you don’t get much bigger than Bear Bryant, especially not in Alabama.

Black Belt Bounty highlights so many wonderful conservation organizations and traditions that the hunter, landowner, and land manager can carry on in their neck of the woods. One of those organizations is the Alabama Wildlife Federation and Claude L. Jenkins, the AWF’s Senior Resource Stewardship Biologist. While the Black Belt of Alabama is most recently known for its forests and recreational opportunities like the hunting mentioned previously, many may not know the area was once dominated by the prairie ecosystem. In Jenkins’s excerpt, Managing Black Belt Prairies for Wildlife we learn that one of the most important hunting traditions for conservation of the Black Belt prairie and the management of whitetail deer is prescribed fire.

”Optimum deer habitat consists of an abundance of early succession vegetation with well dispersed woody cover. This can be achieved with the application of fire every two or three years.“

Late summer and fall planting is a special time for hunters as it helps build the anticipation for hunting season and all that accompanies it. Another conservation practice brought to light by Corky Pugh, Executive Director of the Hunting Heritage Foundation is the annual practice of discing for Native Grasses. “Discing three to five acre openings can produce an abundance of native grasses and other beneficial plants. Soil disturbance exposes the seed bank already in the ground. Timing is critical, and late summer or fall disking is preferable.”

These two practices highlighted by Pugh and Jenkins are just a snippet of the conservation practices and partners you can learn about in Black Belt Bounty.

The real tradition of conservation is summed up eloquently by Thomas Harris, one of the founding members of the AABBAA as he reminisces about his time working his land, “ Having this here is not about owning something just to own it, it is to restore it and to improve it, to make something better than it was, and to invite others to appreciate it.”

Deer hunting traditions are not unique to the Alabama Black Belt.  What is unique is the common bond that hunters share with those that have gone before them. Hunting traditions can be spiritual, competitive, funny, and serious, but they all increase the love that outdoorsmen and women like you and me have for the past time that we so enjoy. Black Belt Bounty goes in depth on these traditions and would make an excellent addition to your collection of  hunting literature and an even more meaningful gift for anyone who appreciates hunting or would like to learn more about why we do what we do. The photography, the stories, and the recipes are a real treat.  If you would like to pick up a copy, you can pick one up here: https://alabamablackbeltadventures.org/blackbeltbountybook/