How to Make a Duck Decoy Jerk Rig

How to Make a Duck Decoy Jerk Rig

I remember a few Alabama winters that were so cold that the edges of a stream would freeze out into the current several feet. My family loved to hunt, and we waited in anticipation as those frigid temperatures froze the backwater and sloughs in our local swamp. That ice was the signal for my cousins and me to slide our flat-bottom boat into the local stream to jump-shoot a limit of ducks. We didn’t own a decoy, let alone a duck decoy jerk rig, but we knew a few local hunters with a sack full, and they were an unusual bunch. They had a serious passion that involved specialized equipment, lots of calls, and leaving their beds at insane hours. However, those guys experimented a lot and developed homemade versions of many of the devices that duck hunting now takes for granted.

Those old-school duck hunters had a fair amount of gear, but the modern duck hunters have enough stuff to fill a catalog. Many of them have a gear list that includes highly-trained canines, fancy trucks, ATVs, custom boats and shotguns, special ammunition, a neck full of calls, waders, hi-tech clothing, a bag full of decoys, and more gadgets than you can count.

Today’s ducks seem better educated than the ones I chased as a lad, and modern hunters have adopted by creating innovative methods to fool some of these call-wary specimens.

One of the best ways to fool those shy, pressured birds is with decoy motion. Several commercial mechanical decoy options are available, but there are other inexpensive alternatives that you can assemble in your spare time or on the weekend. One consists of about 100 feet of string, some bungee cord, a weight, and a few clips and swivels.

I talked to a local duck hunter who has spent more time on the water and lost more sleep to his duck obsession than the average hunter can comprehend. Robert (RT) Channel has traveled countless miles in the dark so he could stand in waist-deep freezing water as the sun rises to coax a ball of brightly colored flying feathers close enough for a shot.

We discussed the passion he has pursued for over half a century and the importance of decoy arrangement. I also asked for his opinion on the role of decoy movement in a typical layout.

“I remember making my first jerk rig over 20 years ago,” RT said. “We used them extensively in Mississippi, especially in shallow catfish ponds.” 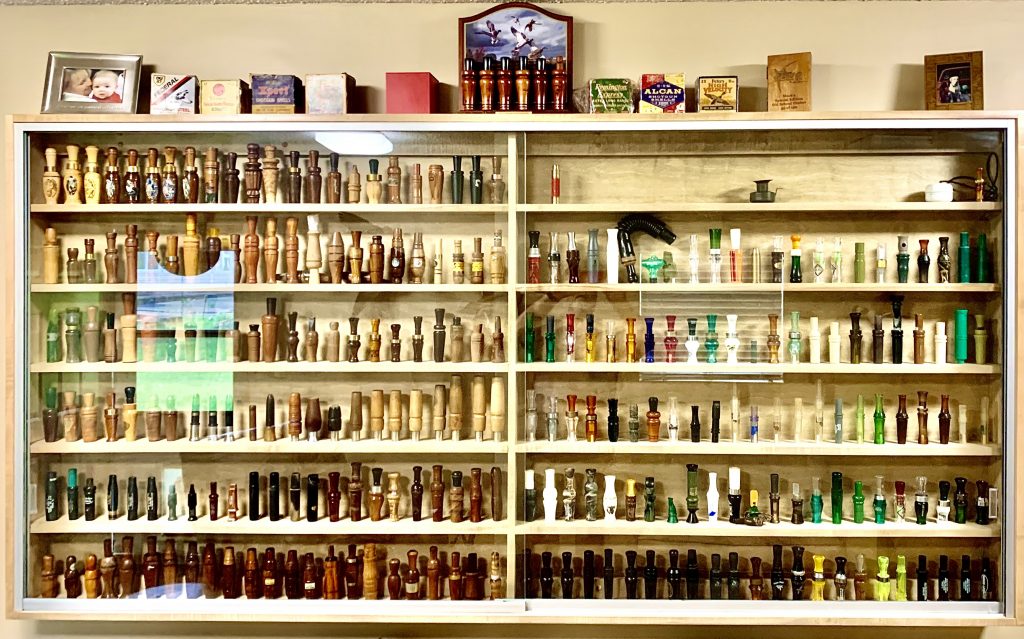 Even the best duck calls on the market can be helped with a little motion in your decoys.

He explained that many ponds and swamps he hunted were so shallow that a few contained as little as 1/2  foot of water.

“I cut the keels off several of my decoys to allow them to float upright in the shallow water and discovered those decoys seemed more lively and erratic when used on my jerk line,” he noted.

RT said that he uses four to six keel-less decoys on his jerk rigs and often experiments by incorporating a spreader and even using multiple jerk setups simultaneously. He explained that the rigs seem to work better for teals than mallards, especially in timber setups.

“I’ve observed that mallards often set down among nearby feeding coots and bully their food away from them. So my setup for mallards usually involves several motorized coot decoys that I make myself, in addition to my jerk line; I use them as confidence decoys,” he said.

How To Make A Decoy Jerk Rig 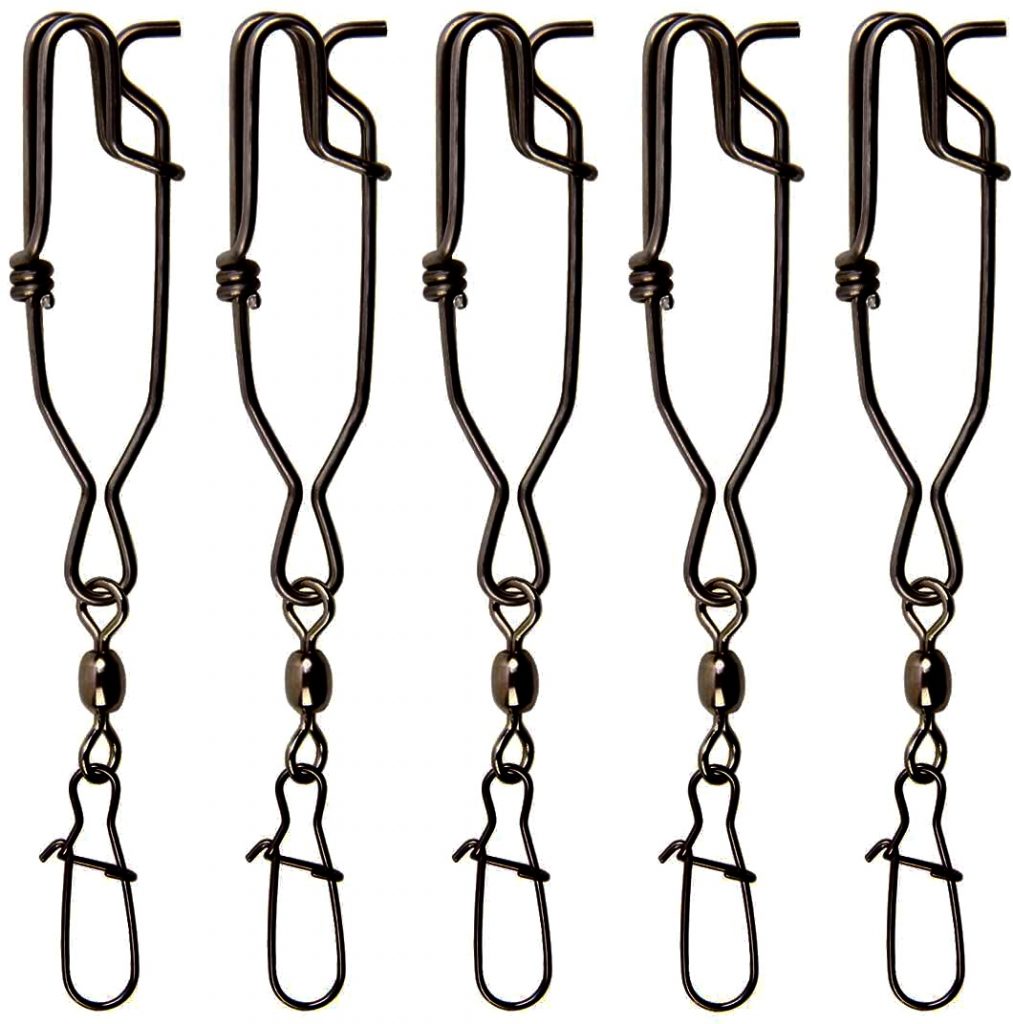 The simplest way to store your jerk line is with a small plastic paracord-winder or similar device. Some hunters use a small PVC pipe and wrap it around, but others, like my friend Nick, prefer wrapping their rig onto something that floats.

Nick Williams and I have shared a few stories about saddle hunting for deer and catching catfish, but I recently discovered that Nick also sells everything needed to make a homemade duck decoy jerk rig.

Nick grew up duck hunting the Mobile-Tenesaw Delta waterway and said he bought several jerk rigs before deciding to make his own. The homemade duck jerk rig he perfected worked very well, and after many requests from friends to make them one, he decided to name it. 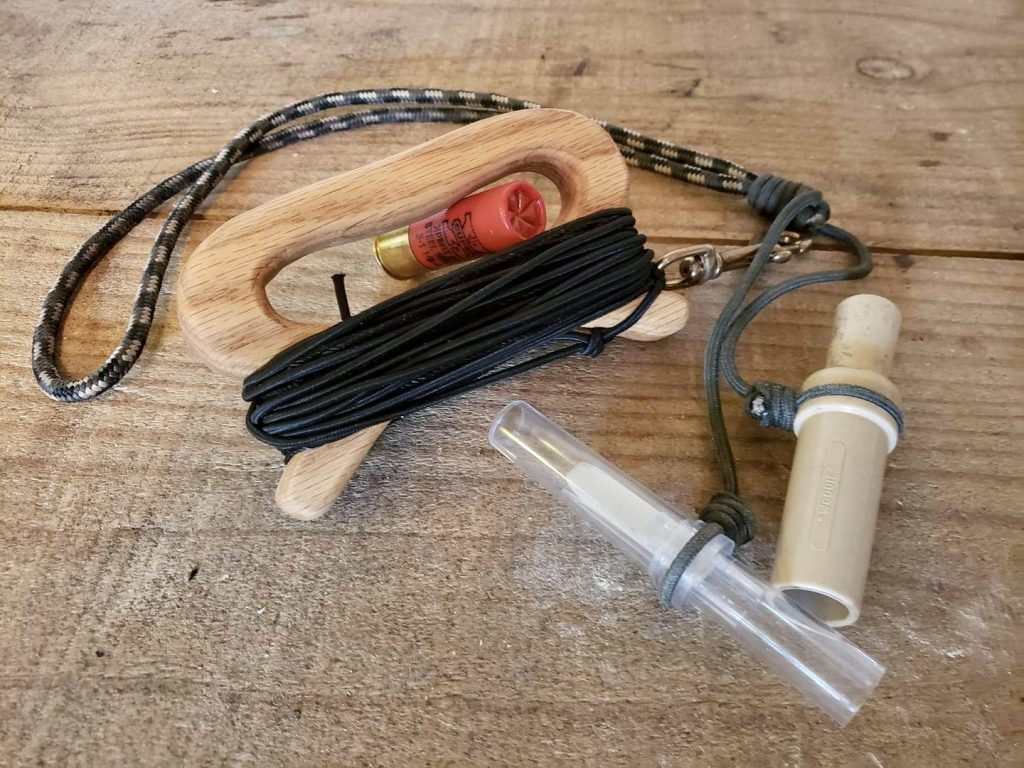 These handmade duck decoy jerk rigs will are effective at giving your decoys motion and attracting more ducks.

His “Mo’betta Jerk Rig” became a local success as word spread about its effectiveness and quality. He hand-carves his handles from red oak and treats each one with a durable, hand-rubbed oil finish. They float, and the line wraps around the handle for a compact, easy-to-carry setup.

Nick’s sells the individual components, including the handle, for anyone wanting to make their own, or you can purchase his complete Mo’betta Jerk Rig. His rig includes 100 feet of mainline, 10 feet of 1/8 inch military-grade bungee, and four heavy-duty decoy clips that make hooking onto the mainline a breeze.

Once you have your diy duck jerk rig anchored and set up, test it a few times, and wait. Once you see ducks approaching, give it a few yanks to get some ripples going, and as they begin closing in, pull the cord till it’s fully stretched. Hold it with your hand or even foot till they descend, then release the line and prepare for the shot. 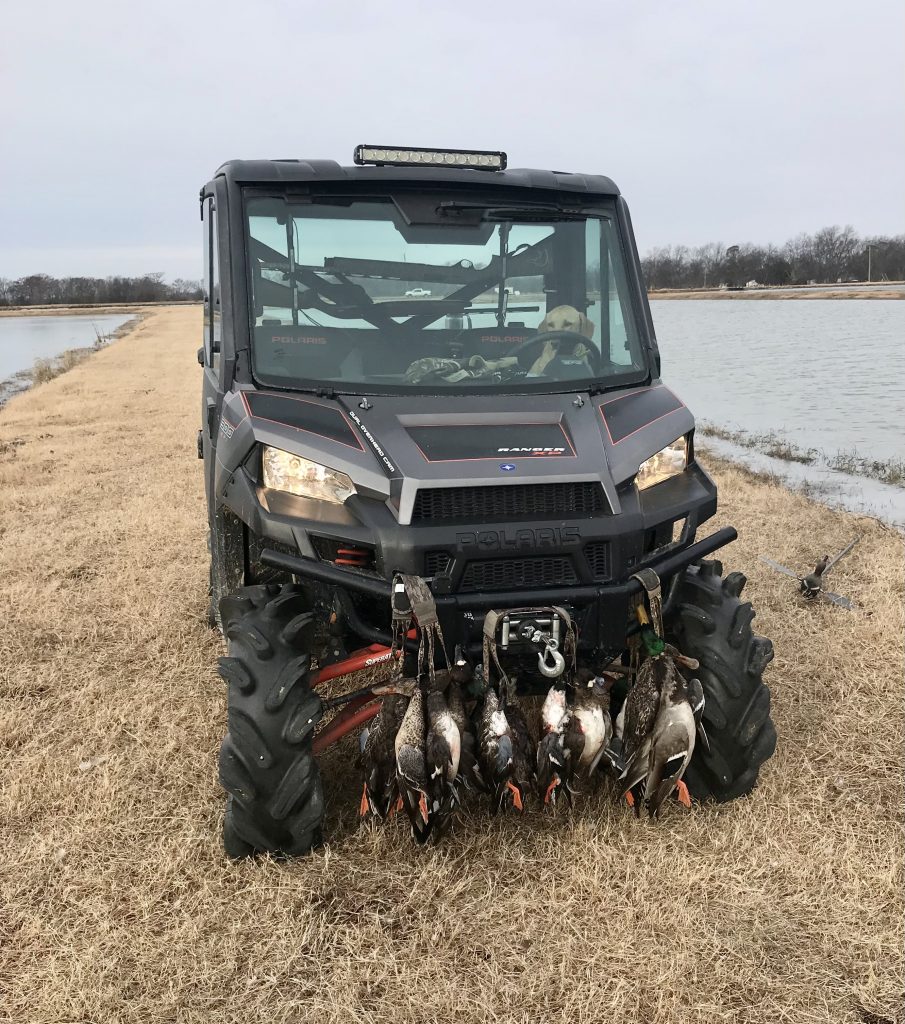 More motion in your decoys will have you shooting your limit in no time.

Some hunters prefer Teal duck decoys on their sets, but it depends on what part of the country you’re hunting. RT said that using decoys without keels has proven to be a better choice for him, especially in the shallow waters he’s hunted.

Whether you’re just getting into chasing ducks or a seasoned pro, there will be times that the best decoys and calls that money can buy will come up a little short when enticing that feathered flock to land close enough for a shot. However, many veteran hunters have learned that adding movement and a few ripples to the water’s surface can be the difference between getting skunked and a limit of birds.

If your decoys don’t swim, all you’ve got to do is tie a string to some bungee, add a few clips to make your motion jerk rig. So, head to your local store or contact Nick for everything you need to make you or a friend a custom duck hunting jerk rig.