A day at the range getting some trigger time in is always a great day. Whether you are sighting in a new rifle, testing some new loads, or just having fun blasting away putting rounds on target is always fulfilling. The vast majority of people use paper targets due to obvious reasons, but if you are lucky enough to be a part of a range that allows steel targets there is just something better about smacking steel and getting the instant feedback that a reactive target gives you. Henry recognized this and added the Henry Rimfire Auto-Popper Target to their lineup to satisfy customers looking to add a little more fun to their range sessions. 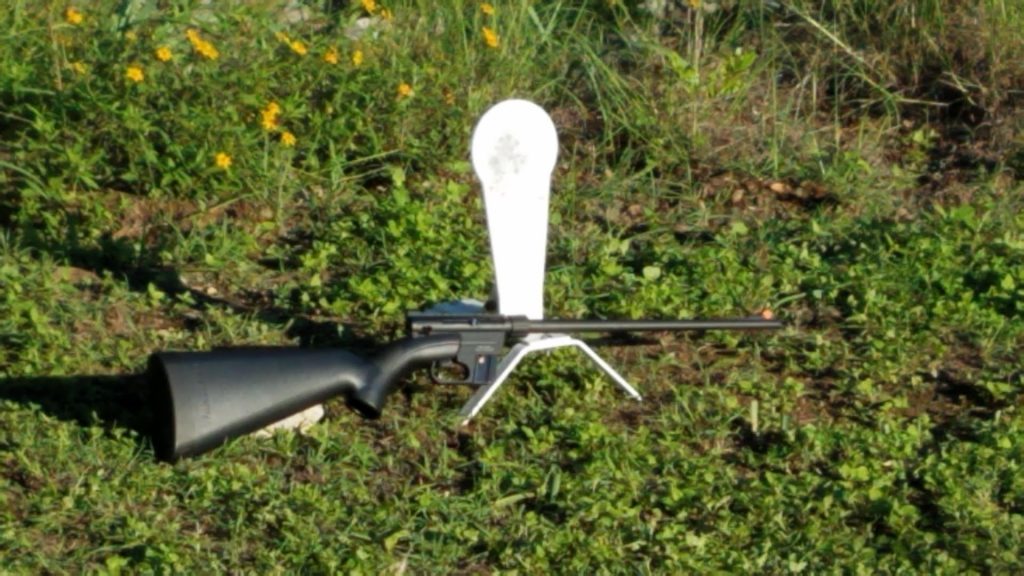 The Henry Rimfire Auto-Popper Target is US made, simply designed, and well-built reactive target meant for .22 Long Rifle (LR) only. It is manufactured in Idaho by MGM Targets, made out of ¼” AR400 Steel with a target area roughly comparable to a 6” round, and stands about 16” tall. Assembly is so easy a caveman could do it. A sturdy yet lightweight spring allows the target to fall backward when hit and then return forward to its original upright position. Henry recommends safe shooting distances of 10 yards when shooting a pistol and 100 yards when using a rifle.

When deciding on which firearm to break the target in with I figured the most appropriate boomstick would be none other than Henry’s AR-7. I put 300 rounds of Federal Champion .22 LR on target from distances ranging from 10 yards to about 70 yards. The target held up perfectly with no deformations whatsoever and only lost a bit of paint where the rounds were impacting. If used as designed and intended I can see this target outlasting me. 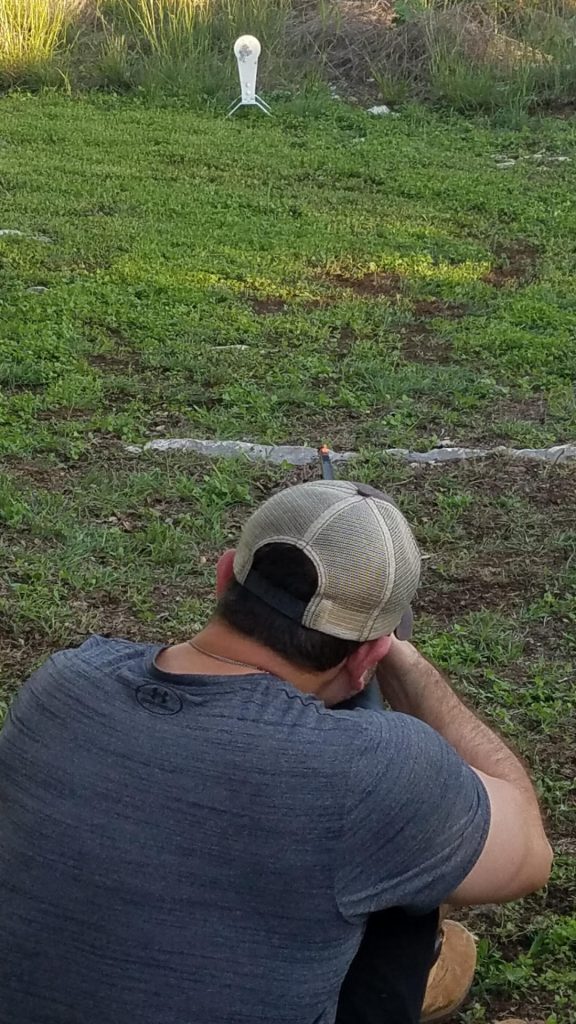 Now, ¼” AR400 steel is capable of handling common pistol rounds such as 9mm and 45 ACP, however don’t be tempted to use them on this target as it is not designed to handle the greater kinetic energy. Trust me… I tried. I figured I might as well see what the target could handle without causing too much damage so I put 2 rounds each of 115 grain 9mm and 230 grain .45 ACP ball ammo on target from about 10 yards. I found that with the small footprint of this target the pistol rounds were just spanking the target a little too hard. I actually thought I broke it after the second round of .45 ACP. Despite the pistol rounds’ harsh treatment on the target upon inspection it was no worse for wear. Moral of the story, just use .22 like the directions say.

Henry lists the Auto-Popper Target at $89.99 on its website. After searching for similar targets online this seems to be a fair market price for a quality product made by a reputable US company.

Matthew Linn
Matthew Linn is a southern gentleman with a passion for all things outdoors. He currently resides in the great State of Texas where the people are kind, the brisket is plentiful, and the beer is always cold. You can typically find him lifting heavy things, making cloverleafs using various calibers, or tearing up a trail in one of the local parks