The How To's of Weed Control | Great Days Outdoors

The How To’s of Weed Control

The sweetgum tree (Liquidambar styraciflua) is a large deciduous hardwood very common to the southeastern United States. It has the ability to grow in a wide variety of soil conditions from fertile and poorly drained, to poor and rocky although it does seem to prefer a moist environment.

Sweetgum is often one of the first woody plants to take off after a soil disturbance where seeds are present. The quick growth and abundant seed production from its hard, spiky fruits, frequently allow it to form pure stands growing very close together. Though it does have some uses in the pulpwood industry, sweetgum trees have little to no wildlife value and can quickly overtake ground that could grow plants far more beneficial to wildlife.

A sweetgum tree can regenerate from roots after a logging operation or after using a cutter or brush hog because of its deep taproots and numerous lateral roots. Mechanical removal by cutting is not effective in the long term without a follow-up herbicide application with something like Arsenal or Remedy. When found in oak stands or other timbered areas, the hack and squirt method is very effective for removing sweetgums.

Arsenal is a very effective herbicide used to control sweetgum trees in pine plantations. Remedy is a great herbicide to use on sweetgum and other low-quality hardwoods when establishing native grasses for wildlife cover and bedding. 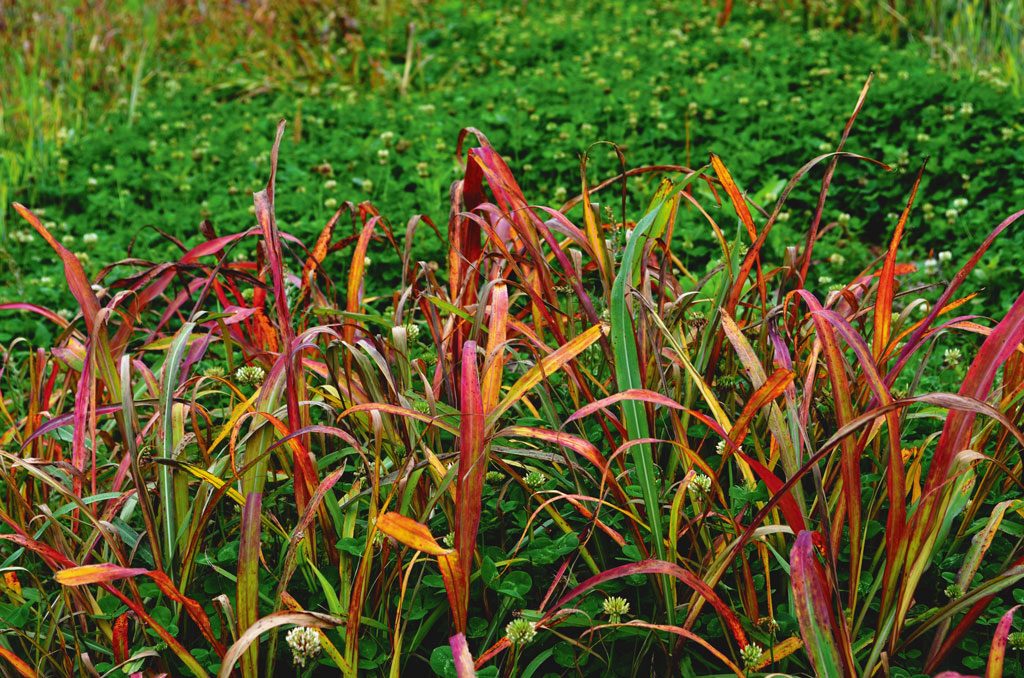 Almost anyone who has spent time farming or managing food plots is familiar with Johnson grass (Sorghum haelpense). It is a notorious very drought resistant and fast-spreading invasive weed that is hard to eliminate. It was introduced to the United States in the early 1800s as a forage crop for livestock. Farmers found that although Johnson grass was fast growing and hardy, it could be deadly for livestock as well as wildlife that grazed on it. In times of stress, Johnson grass can produce hydrocyanic acid, which is deadly to animals that eat it too often.

Johnson grass is a tall perennial grass that adapted to a variety of habitats ranging from old fields to wetlands, farmland and everything between. Johnson grass is a very aggressive plant and common in the South. It spreads quickly through seeds and rhizomes and competes heavily for root space in food plots and row crops. One plant can produce up to 300 feet of underground rhizomes in one month! It also puts off a toxin that keeps other plants from being able to grow in close proximity.

Johnson grass in food plots can be a real problem. It can quickly overtake a summer food plot and choke out your intended crop, but before you give up, Johnson grass and other tough perennial grasses can be controlled with herbicides and some determination.

If you are planning on planting a warm season annuals such as soybeans, corn, or lablab, it is best to let Johnson grass and other weeds to come out during early spring green up and burn down the field prior to planting with a non-selective glyphosate herbicide before the invasive grass and weeds are able to produce seed heads.

On tough grasses such as Johnson grass, I like to use 12 ounces per acre of 26 percent clethodim. AMS (ammonium sulfate) and a non-ionic surfactant should also be added to the tank mix. Using a surfactant or crop oil is very important in grass selective herbicide application for a good kill.

These grass selective herbicides are slower to work than glyphosate-based herbicides but don’t be discouraged. Grasses should begin to show signs of a kill 10 to 14 days after spraying depending on the maturity of the grass and weather conditions.

Follow up with sprayings later in the summer for total control over tough grasses. Be sure to spray when grasses are young and actively growing. Herbicides are less effective on stressed or mature plants. 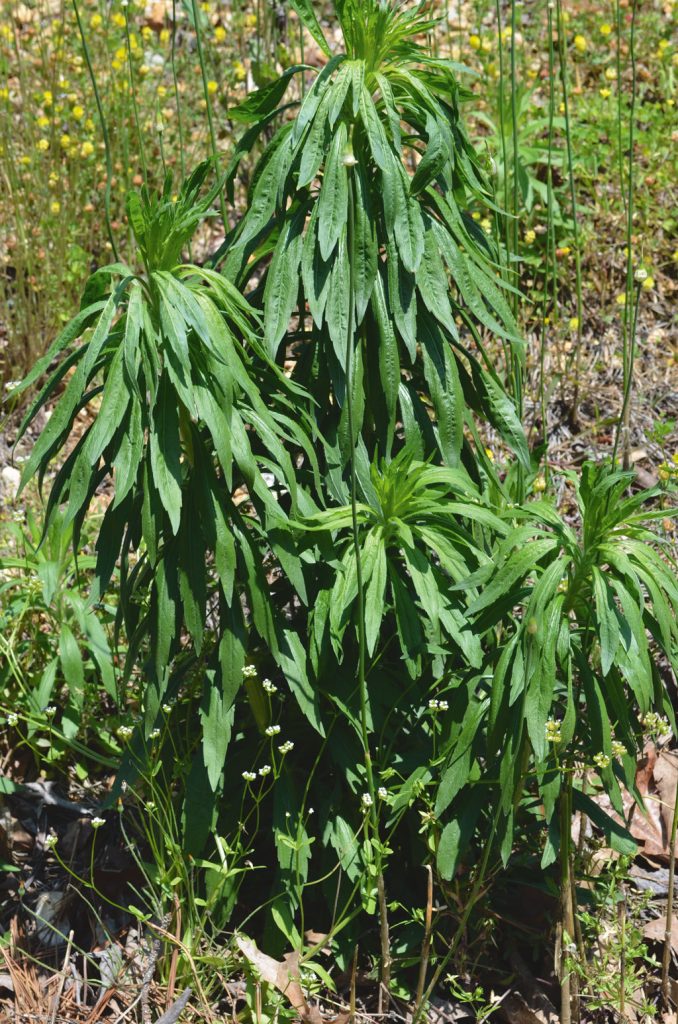 Marestail (Conyza canadensis), also known as horseweed or Canadian fleabane, is a fast-growing summer annual broadleaf weed familiar to almost every farmer and food plotter. Although it is most common during the warm months, marestail can germinate from February through November.

“Farmers found that although Johnson grass was fast growing and hardy, it could be deadly for livestock as well as wildlife that grazed on it.”

This problematic weed is relatively easy to identify and can be found in every state as well as Canada. Mature plants can grow five to 10 feet tall with a single or multiple main stems. Left unchecked, this weed can become a major competition to food plots, row crops and orchards. Marestail grows on a wide variety of soil and habitat types. It flowers throughout the warm growing months.

There has been growing concern over the last decade of areas with marestail resistant to common herbicides such as glyphosate and ALS chemistry. As with any broadleaf weed, the young plants are much more susceptible to be controlled with herbicides. Marestail that gets past six to eight inches can be very tough to kill especially in areas of resistance.

Since this weed can germinate in the early spring through the fall, for the best control, it is important to get it sprayed when the rosettes first start to emerge. Marestail seeds are relatively short-lived in the seed bank compared to other plants. This means you can have effective long-term control by keeping this weed controlled for several years and not letting any plants mature and produce seeds.

The seeds produced are wind-blown so make sure you encourage your neighbour to practice good weed management as well. Dicamba tank mixed with glyphosate has proven to be effective in areas of herbicide resistance.