For the Love of a Hunting and Fishing Magazine

One of my first memories as a child was catching my first fish. Mom and Dad used to take me fishing on the river I grew up on and I loved those trips. When I was 4, my parents divorced, and I could only see my Dad every other weekend. The fishing trips became much less frequent. Then, my Godfather Davis introduced me to hunting. He would take me a couple of times a year, but that was never enough. He used to bring me garbage bags full of hunting and fishing magazines to fill the space between our trips. I loved looking at the trophy photos and dreaming of being like those expert outdoorsmen that I saw in the pages.I would read them cover to cover, and then take those strategies into the woods and waters when I could. 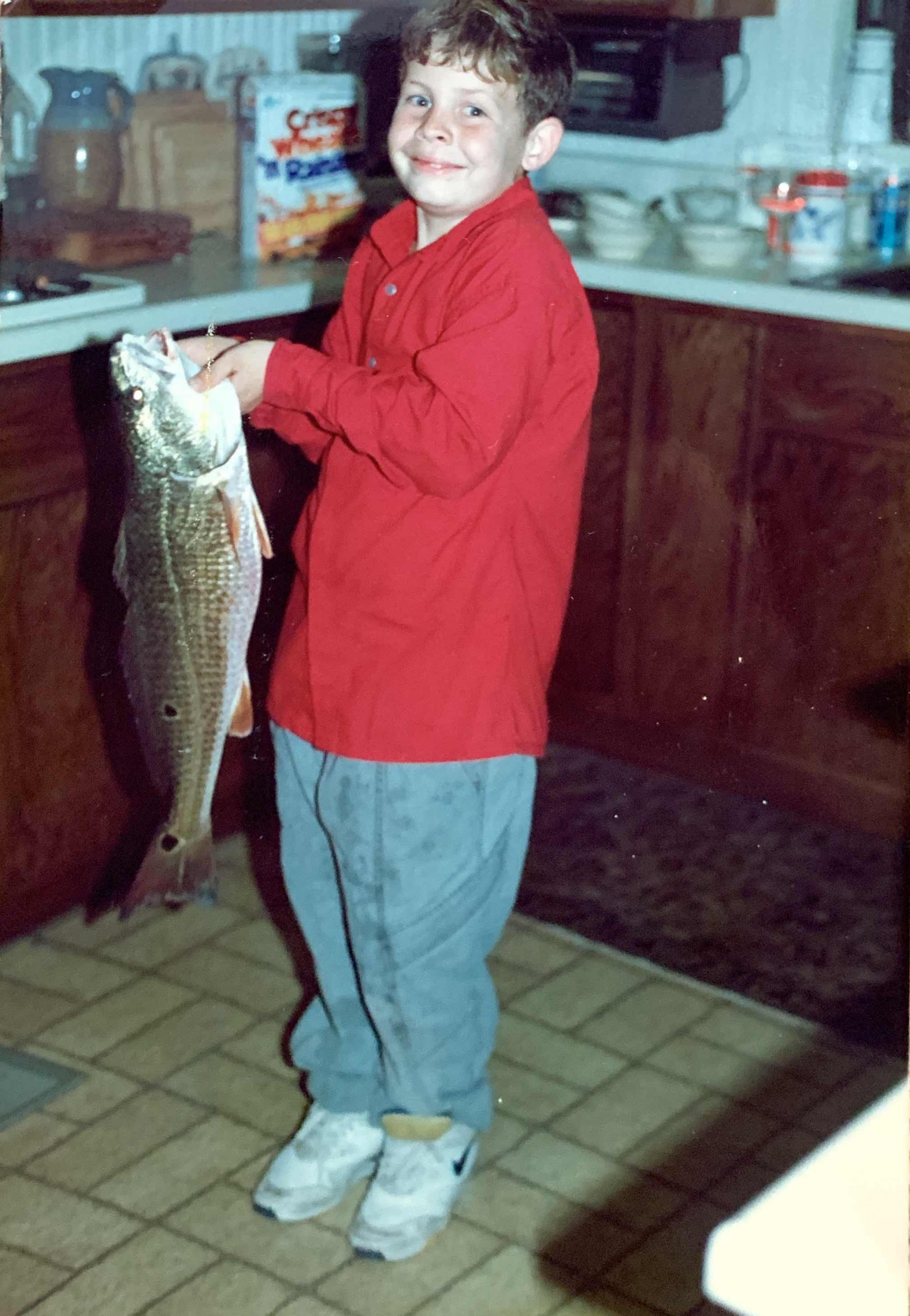 When I was too young to go on my own, Hunting and fishing magazines helped me fill the void between trips.

I was rarely successful; it just seemed like nothing I tried would work. To make things worse, the more I struggled, the more magazines I read, and the more frustrated I would get. I started to feel like I just wasn’t cut from the same cloth of those successful hunters and anglers I was reading about. That made me feel inadequate.

As I got older, I started to realize that those magazines weren’t helping me and I quit reading them. Then something amazing happened. My mother and God parents took me fishing on a charter boat. We absolutely destroyed the fish and it blew my mind. It was now crystal clear to me there was a process and a reason for everything the guides did. Their techniques were very different from what I was reading in national hunting and fishing magazines and watching on TV. I realized that when you earn a living guiding people outdoors, you have to be successful. I knew I had to start learning from guides in my area. 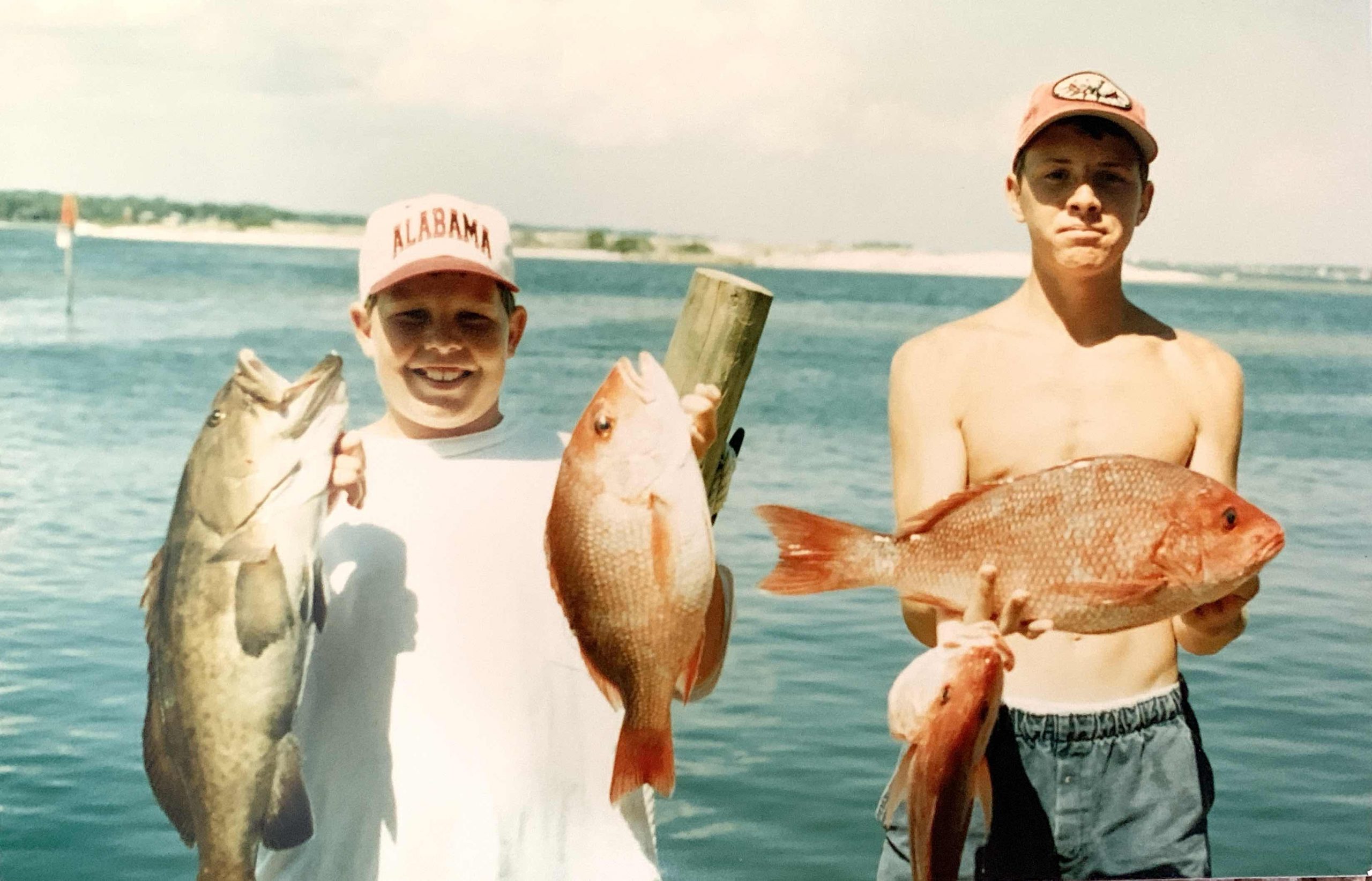 That first charter trip was an epiphany moment for me. If I was going to be successful, I needed information from the guys who were in the woods and on the water making a living doing it.

So I decided to shadow the most successful hunters and anglers I could find, and work for them for free, just so I could hang around and ask questions. I skinned countless deer, I hung tree stands, I washed boats, I dumped fish carcasses and I cut bait. Little by little I started to learn the secret knowledge that was so hard to come by in outdoor media. But there was still a problem…

When I left for college, my sources of information dried up. I could no longer work for free and spend the time necessary to learn these secrets. Then, on a whim, I ended up grabbing a magazine called “Gulf Coast Outdoors”. One of the most respected inshore guides in the area, Bobby Abruscato, had written an article on wade fishing in the exact same area I liked to fish. I couldn’t believe he was sharing what took him countless days to learn. Having a regional magazine that was devoted to hunting and fishing meant that I could enjoy learning from the best guides in my area without having to shadow them. In the end, I took that information out on the water and it allowed me to catch my first ever limit of speckled trout on my own. So I bought a subscription to the magazine. Later on, I would  read an article on hunting clear cuts that allowed me to successfully scout for and kill the biggest whitetail of my life at that point! 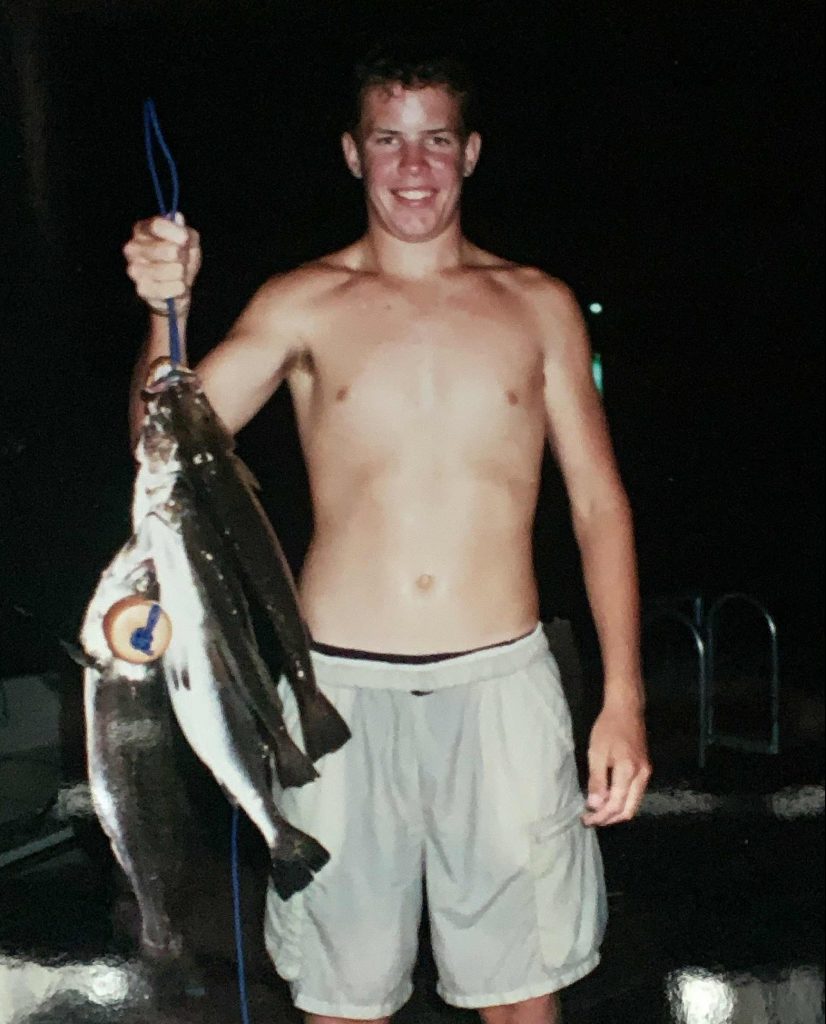 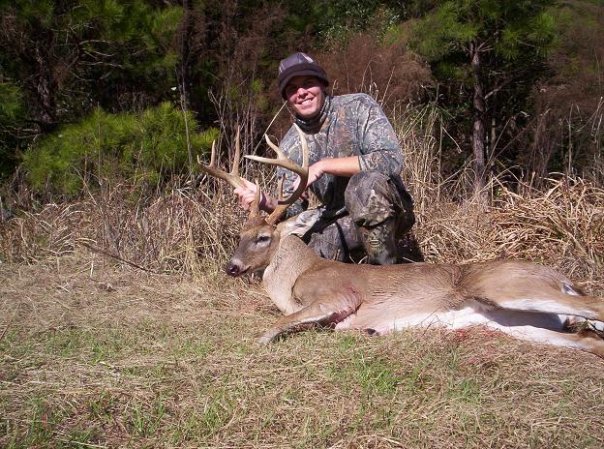 I took this whitetail after reading an article on hunting clearcuts in the South in Great Days Outdoors.

When all was said and done, I took my passion for the outdoors and was able to turn it into a career. In 2018, I became the Editor-in-Chief of “Gulf Coast Outdoors”, which is now Great Days Outdoors. I used to work for the guides so they would teach me the secrets about southern hunting and fishing for myself; now I work for the guides so they will teach those secrets to you. 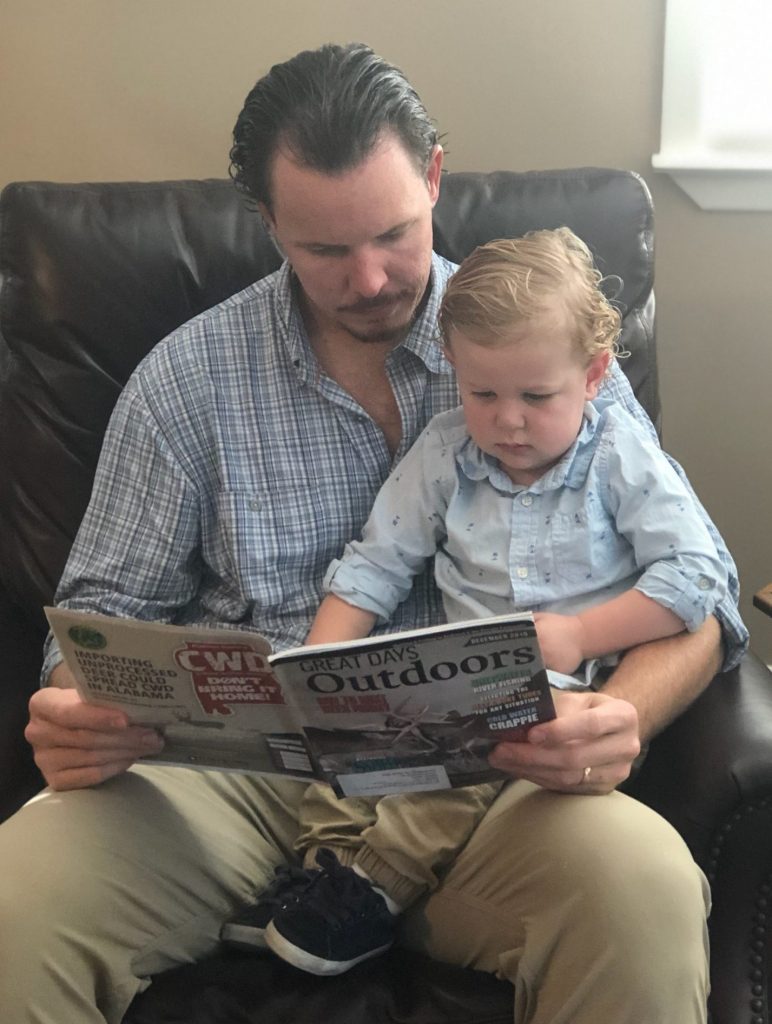 The secret of Hunting and Fishing may not be what you think.

Over the years, I’ve had many motivations (I thought) for seeking game and fish. At first, it was just about being successful. Then it was about trophies. Sometimes it was just for the meat. In the end, what I’ve realized is that my deep seated motivation was never about the meat or the trophies, the success or the bragging rights. Time spent outdoors is where I feel love from family, love from friends, and love from God. 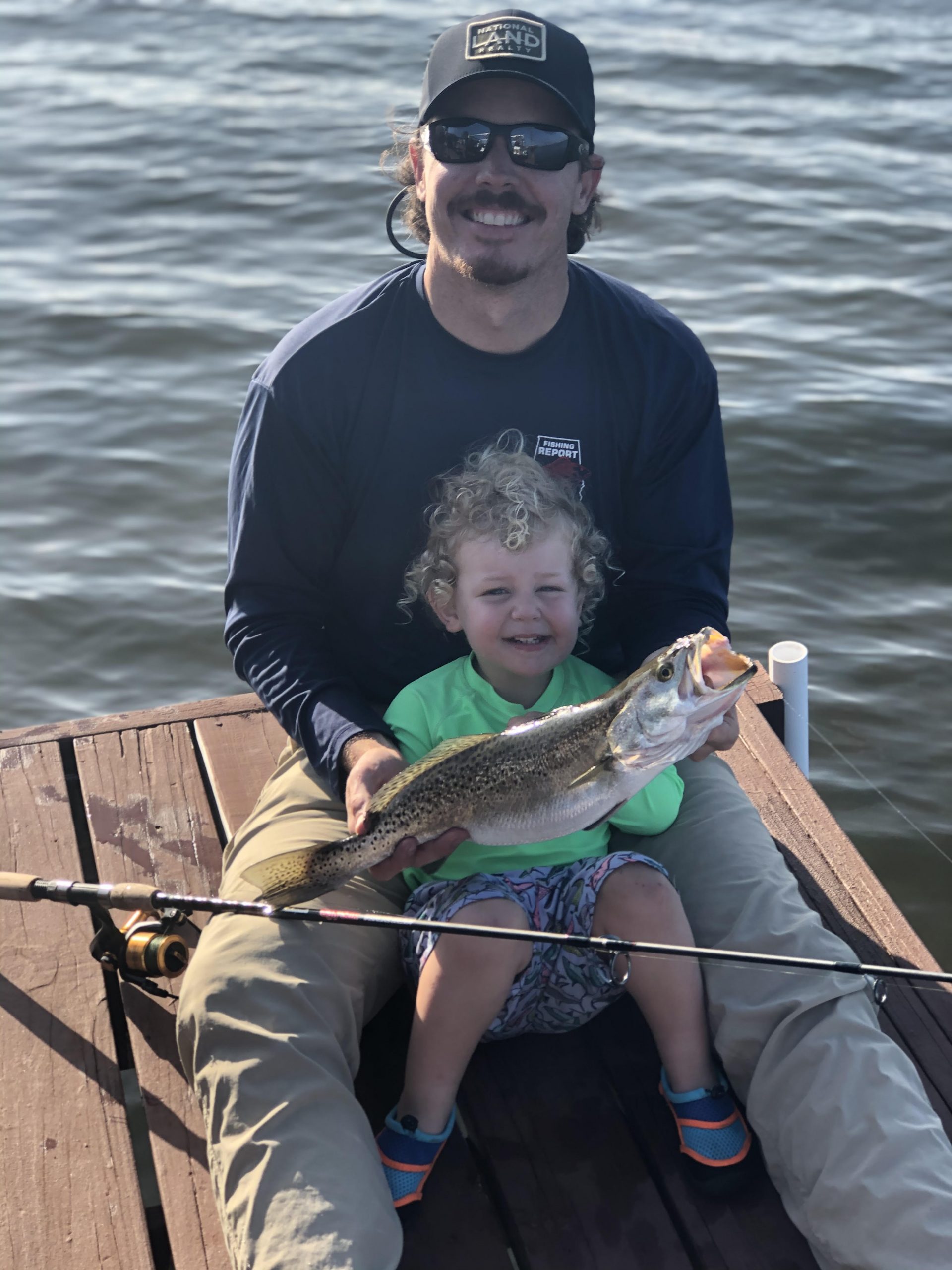 The Author and his son, Mac, with Mac’s first fish.

Whether it was my parents and me fishing on the river, Davis and my brother with his first deer, or the countless other memories I’ve made with good friends along the way, the love I feel in the outdoors is what I’m really seeking. It’s what motivated me to pour through pages and pages of hunting and fishing magazines in my youth, and it’s what pushes me to wake up in the pre-dawn to prepare for a fishing trip or spend hot summer days in the field preparing for fall. Regardless of what you’re seeking, if you want to become a better southern hunter and angler, you’ll find your guide in Great Days Outdoors.