We all need direction in our lives.  When we are driving road signs tell us where to turn, alert us to upcoming detours, where and when to exit and different sign shapes, colors and numbers indicate to drivers the direction they are or should be traveling. Deer hunters are not much different. They look for signs in woods and fields to help point them in the direction of deer. Two of the top signs all deer hunters recognize are deer scrapes, or buck scapes, and buck rubs. Hunting scrapes and rubs in a great tactic, when armed with the right knowledge.

Nothing gets the adrenaline flowing through a hunter’s body quicker than the sight of a fresh scrape and/or a rub on a big tree. Should deer hunters spend most of their time perched in a treestand or sitting in a blind overlooking a set of scrapes or rubs?

Scrapes are “pawed out” places on the forest floor or along field edges. They are generally about the size of a dinner plate but can be larger. Fresh scrapes will have loose dirt in the center. A musty smell at a scrape indicates it is very fresh. Both bucks and does will visit the scrape site day or night. 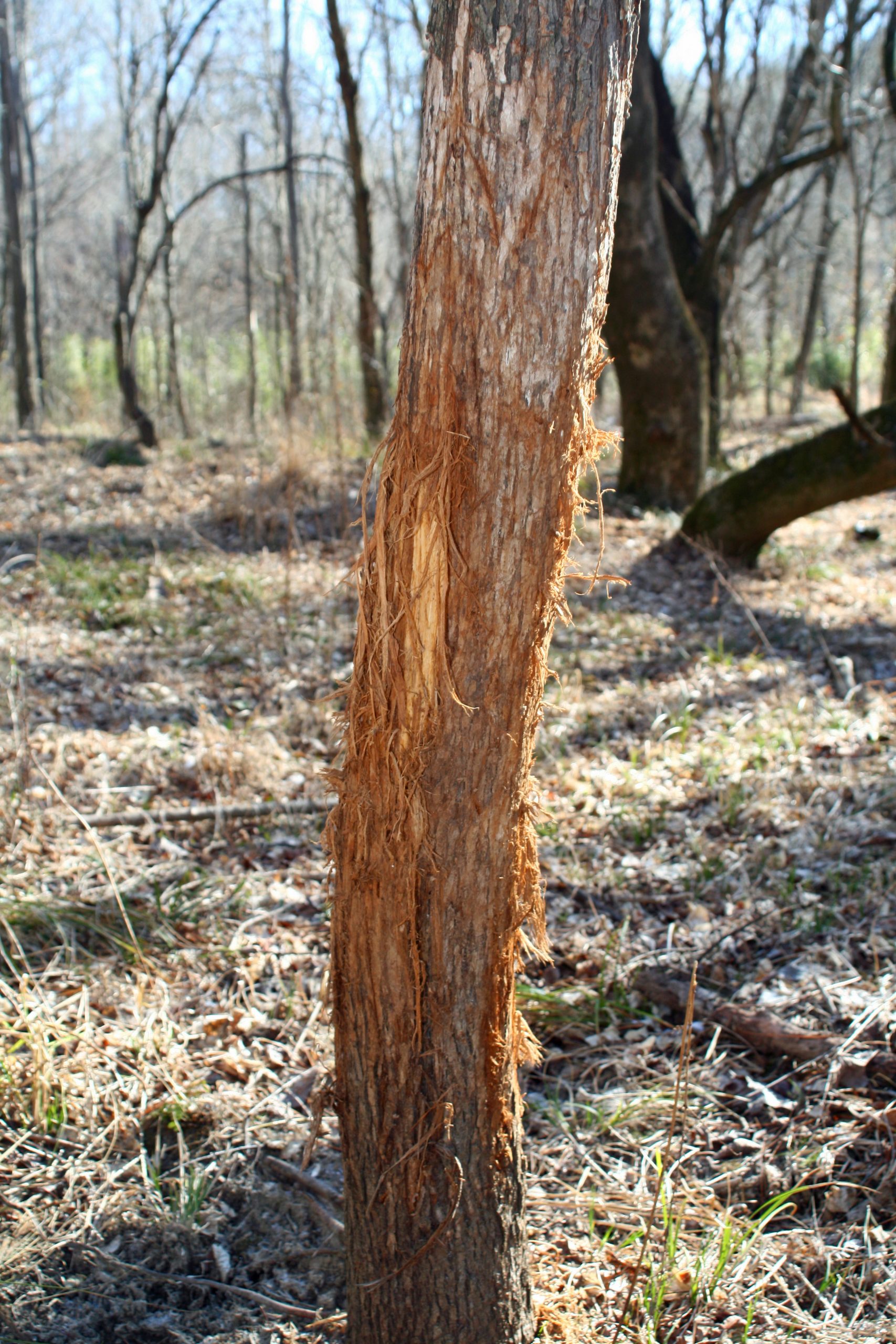 Rubs are areas on trees, usually about arm size or smaller, where the bark has been rubbed off by a buck with his antlers and forehead. Research has indicated rubs are not the result of bucks removing the velvet from their antler or a buck marking his territory. Rubs are actually sign posts for other deer.

“Rubs and scrapes have nothing to do with a buck marking his territory,” advises Dr. Grant Woods, Missouri wildlife biologist and deer researcher. “Basically, deer are leaving messages for other deer.”

Does will freshen up the scrape by pawing it out and urinating on it. When a buck is cruising the area, he can detect the fresh scent and know whether the doe is in estrous or not. Camera surveys from different deer studies have indicated bucks re-visit deer scrapes primarily at night. 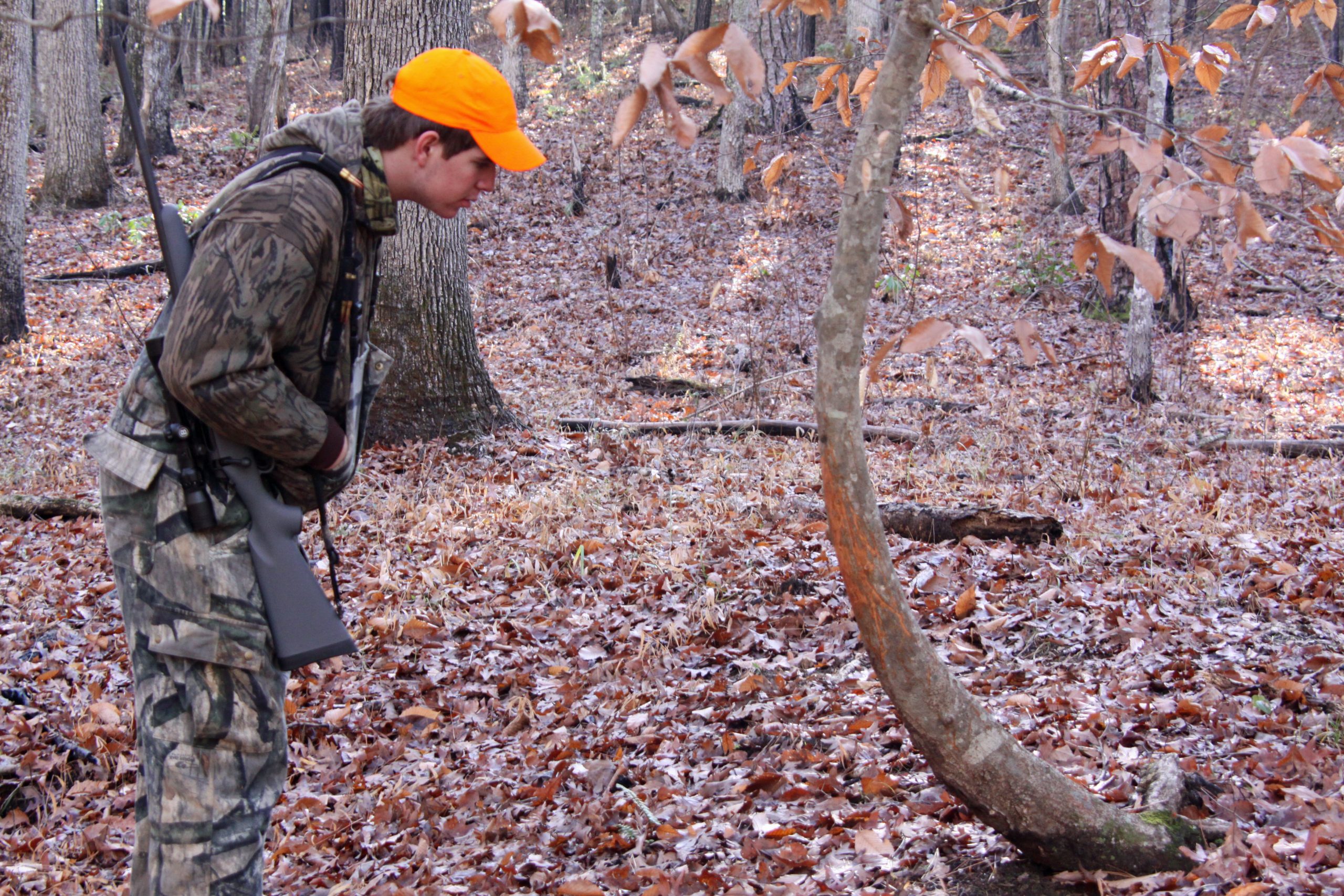 Rubs and scrapes are signs bucks are using a particular area looking for receptive does.

Rubs and scrapes are good indicators that deer are in the area. While does generally do not leave the core area or home range,  bucks will travel further in search of a doe. When he finds one he will generally hang close in the same general area until after breeding takes place.

“A scrape will almost always have an overhanging branch or limb,” mentions Woods. “Bucks and does will use this licking branch to deposit scent.”

On his farm, Woods has trail camera video of does and bucks visiting the same scrape over several hours during the day. Does and young bucks come to the scrape and lick the ends of overhanging limbs. Multiple large bucks come in to the scrape. They also lick the branches and rub their orbital gland, which is located around the eyes and also the forehead gland which is between their antlers on the end of the branch to deposit scent.

While the more common trees bucks use for rubs are usually aromatic species, like pine or cedar any type of tree can be used for a rub. It has been said by biologists and experienced hunters that smaller bucks will rub small trees and larger bucks will rub both large and small trees

During the pre-rut, a buck’s testosterone is elevated and he is actively working and checking scrapes. They are on the move and will respond to rattling and grunt calls. During the pre-rut the does are not receptive.

In your hunting area it may appear scraping activity by bucks has stopped since active scrapes could  be covered with leaves. According to Woods, the reason it may appear the scrapes have been abandoned is because during this time bucks are hanging with does and not making scrapes. This period is actually the peak of the rut. 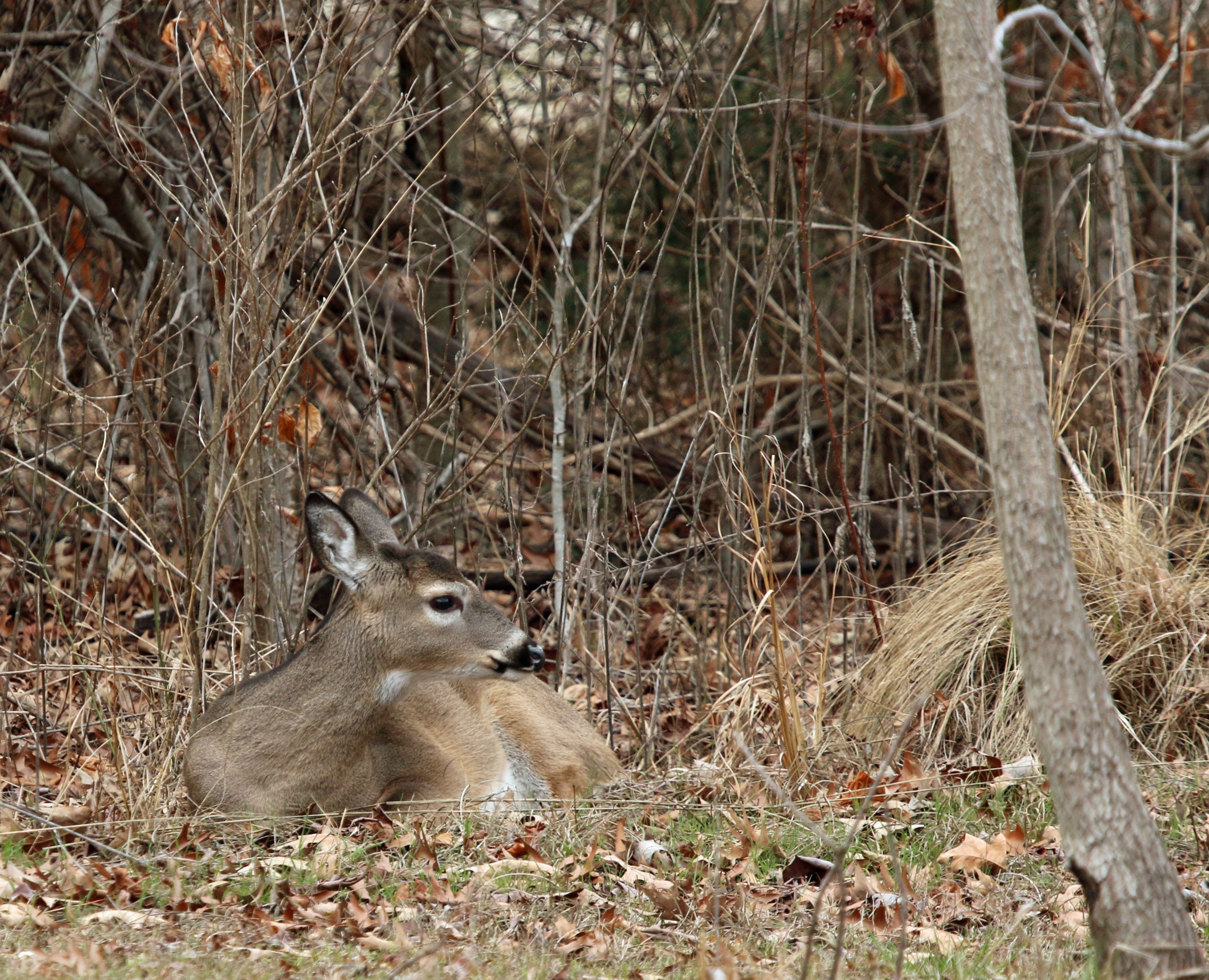 When bucks are tending does, scrapes in the area will be abandoned until after the rut.

After the peak of the rut, many does have been bred but the buck’s testosterone is still high and they continue to actively look for receptive does. This is called the “post-rut” and the bucks are looking more for does than chasing and tending.

“This is why the post-rut can be an excellent time to hunt near scrapes and rubs,” advises Woods. “It’s easy to notice which of these signposts are being tended again as deer will remove any debris from the ground portion of the scrapes”

Woods says that hunting near scrapes and rubs during the pre- and post-rut is a good time to tag a mature buck. The closer to the actual rut the more frequently bucks will visit scrapes.

Mature bucks tend to roam across a wide area and they could show up almost anywhere. However, there are usually some locations hunters need to target during the rut. Generally, bucks will not venture too far from thick cover and the edges around cut-over areas are good choices to tag buck during the rut. 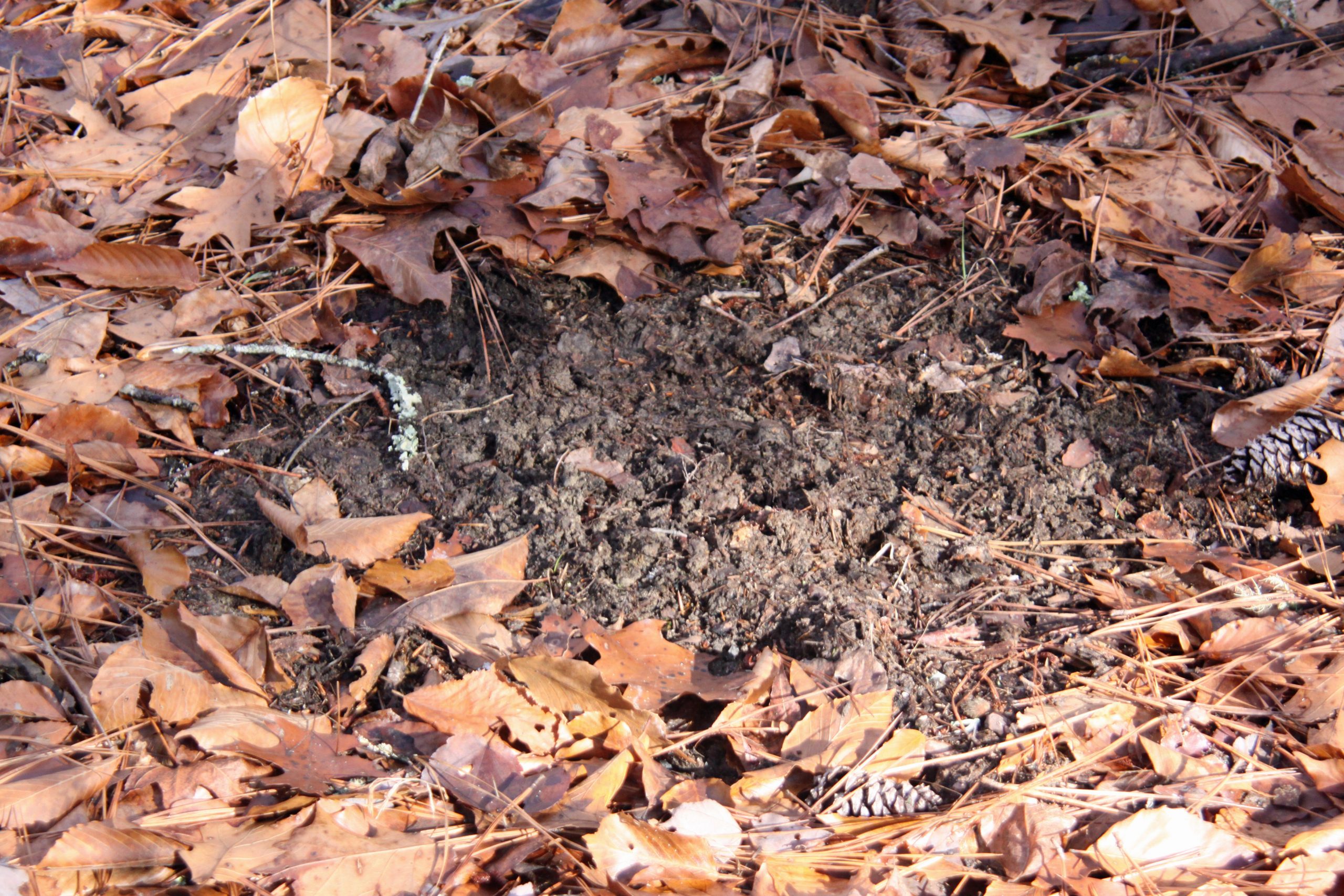 Scrapes are pawed out spots on the ground down to bare dirt and bucks and does will urinate in to deposit their scent.

Hunters should also focus on locations between heavy cover and feeding areas. They should scout out ridges and field edges to locate fresh scrapes which indicates that bucks are active in the area and monitor travel corridors between food sources and thick cover like grown-up cut-overs or dense brushy thickets for activity.

“If you see or know bucks are actively chasing does where you hunt, then focus on travel corridors and bedding areas versus stands located by individual scrapes,” says Woods.

When does are receptive in your hunting area, most bucks, especially mature bucks, don’t spend time making and using scrapes. Rather, they focus on finding and tending receptive does. The does will often enter thicker cover in order to elude the buck until she is ready to breed.

Hunters can make mock or fake scrapes to attract bucks and does. Woods mentions that it is important for the mock scrape to have an overhang branch. The branch or limb needs to be about four to five feet above the ground. The branch should exit the main tree at an approximate ninety-degree angle.

Woods recommends locating the mock scrape along an edge where it is visible to deer. If a tree with an overhanging branch is not available, one can be erected by cutting a limb and forcing it into a fork of a larger tree.  A mock scrape can also be created by driving a steel fence post into the ground and attaching a tree with limb to it. 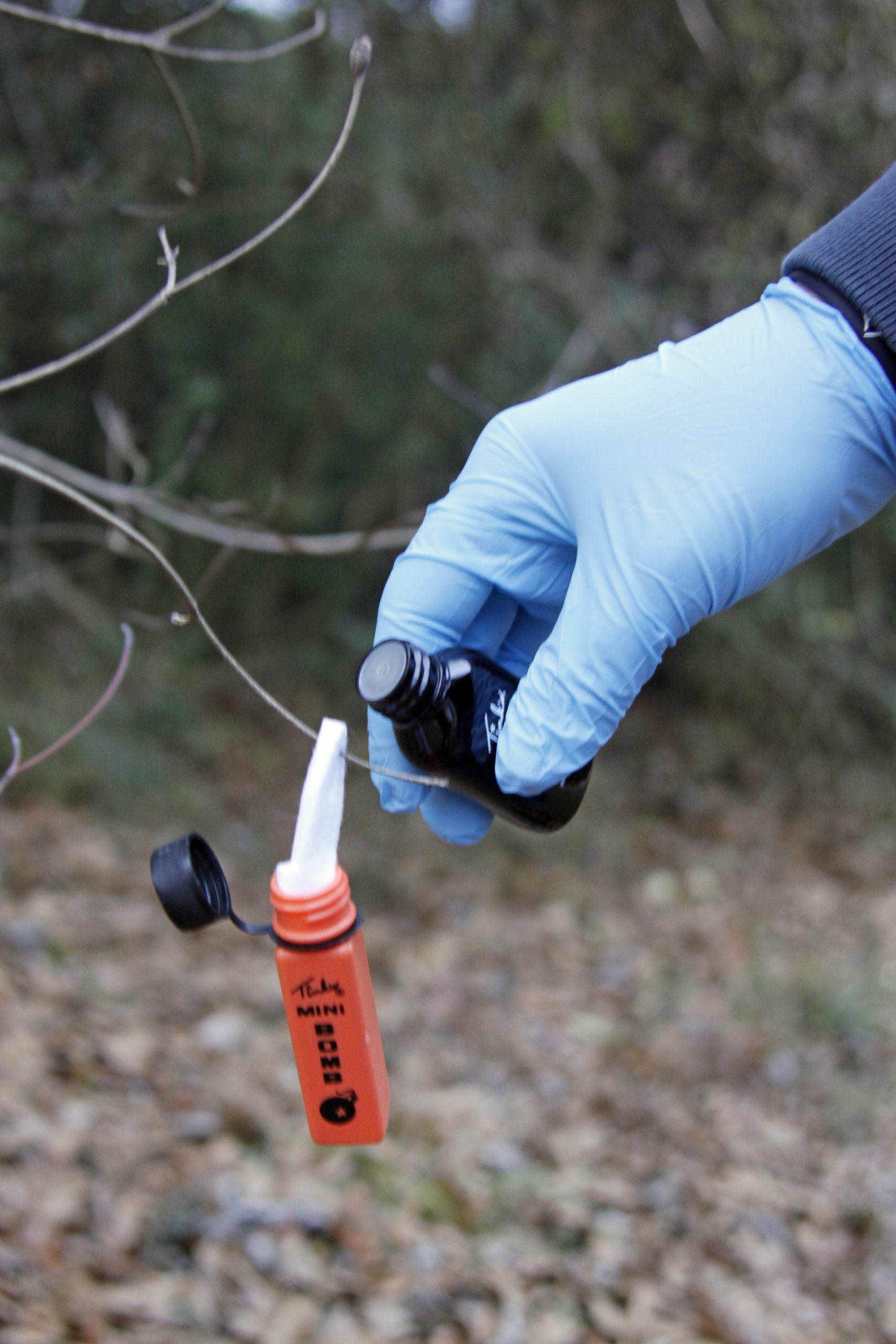 Mock scrapes can be created using commercial deer scents on wicks and overhanging branches to mimic another buck.

Using your foot, rake back the ground litter down to bare dirt. The spot should be under the overhanging branch. Place some buck scent on the end of the limb and a few drops in the mock scrape.

Through trail camera research, Woods and other biologists have concluded buck and does will usually visit a scrape at night. However, in areas with low hunting pressure bucks are more likely to visit a scrape in the daylight hours, usually at dawn or dusk.

It is important for hunters to remain scent free and use a stealth approach in hunting scrapes and rubs. The most important factor is not to over hunt one specific area. Heavy hunting pressure will cause mature bucks to become nocturnal and avoids scrapes during the day. 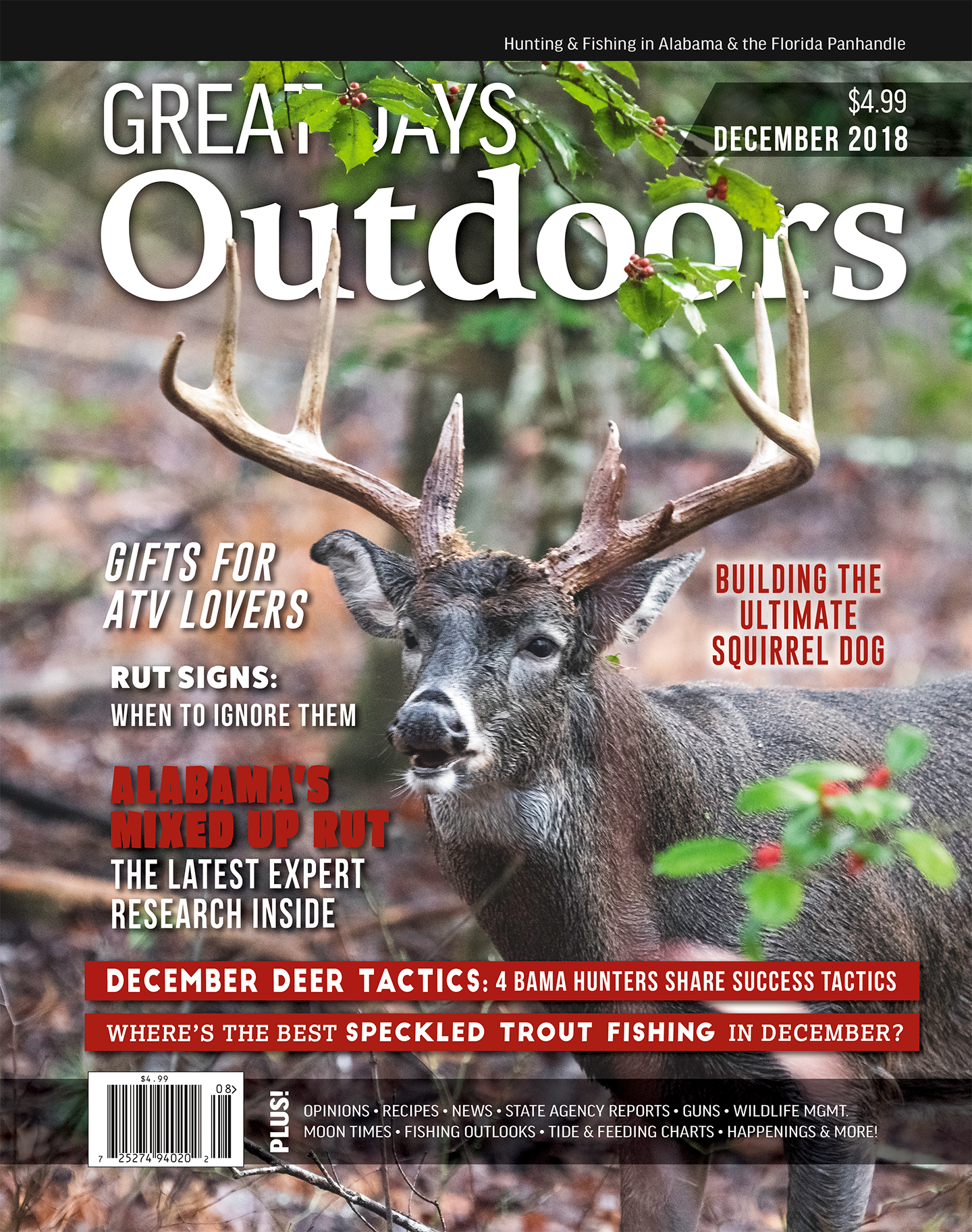