Late Season Bucks: Pulling Out All the Stops

The clock is ticking and time is running down on deer season. One blank on your buck tag remains open. You have hunted hard, but the bucks seem to have disappeared. Camping out on some favorite stand locations only to see some does and a few small bucks. Getting discouraged when late season deer hunting is common among some hunters. They’ve seen their buddies tag out on a few lucky hunts. It was almost like the deer just fell in their laps. However, savvy deer hunters won’t give up and just run out the clock. To stay in the hunt, they make mental and physical changes, do some late season deer calling, and utilize these late season deer tips in order to tag that late season buck.

Some different play calling comes to mind. Maybe take a few chances and approach this deer hunting thing from an obscure angle. What have you got to lose? Your current tactics are not working. Let’s think outside the shooting house and pull out the stops to finish out that buck tag. 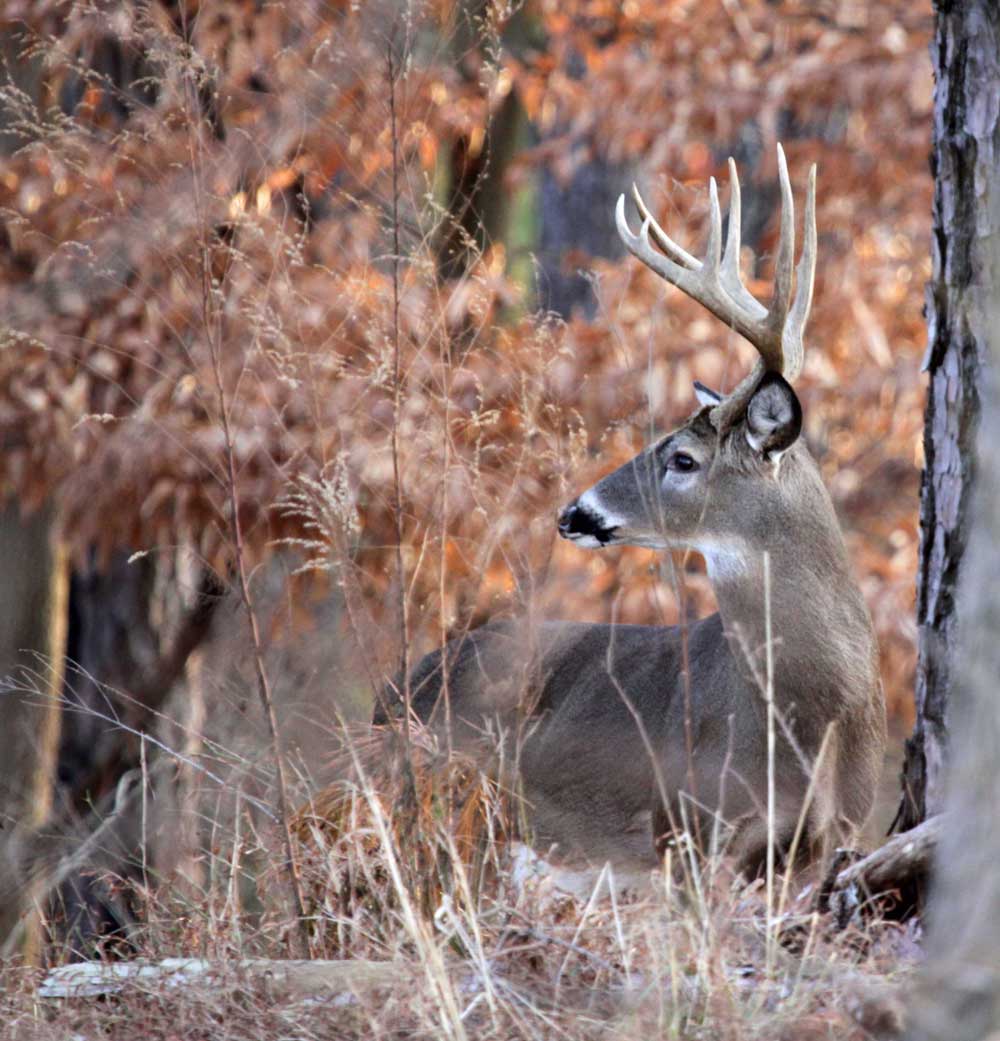 Bagging that final, late season buck can require a change of tactics and some perseverance.

Throughout the season, you and other hunters have walked to a stand down the same trail each week. In deer hunting, this is a pattern. By now the deer have figured out your approach. They avoid your area. They have heard the truck door close and your chatter each morning. Time for a reverse.

“We take a different route into our hunting area each time,” mentions Chad Brown of Oxford, Ala. “It’s not always the best approach to the stand but we do it anyway.”

When you are late season deer hunting, changing your approach to your stand can throw deer off balance. They are not expecting you to come from a different direction and may not associate your varied approach as a threat. Of course, you want to be as quiet as possible slipping in. Allow plenty of time.

One trick some hunters use on clubs and leases is to have a buddy drop them off near their stand. Deer will notice the truck or ATV arrive and then depart, believing the hunters were just riding through. On several occasions, hunters have told me that late season bucks have crossed a road after a truck has rounded the curve.

Relocating stands is another tactic that can help put a deer in the crosshairs. Moving a stand 50 to 100 yards may mean a little extra work, but can pay off by season’s end. Deer will alter their travel corridors slightly to adjust for hunting pressure.

Late season deer calling can be a game changer. Grunts, snorts, bleats and wheezes are all part of a deer’s vocabulary. Laying down a few grunts followed by a snort or two can get a big late season buck’s attention. He may think another deer is cutting in on his territory. Deer are curious animals and a different call can pique their interest and bring them in to check it out.

“Many deer hunters don’t use their calls enough,” comments Charlie Holder of Sure-Shot Game Calls. “Sometimes, a loud grunt will bring in a buck to see what is going on.”

Holder reminds us not to hesitate in calling often when on stand. He says to start off low and increase the volume and pitch of the call to get a deer’s attention. If you’re not seeing any deer around your stand, you have nothing to lose.

Last season, a deer-hunting friend decided to crank up his coyote caller after a few hours in a deer stand. He accidently dropped the remote and the caller continued to blare a dying rabbit sound. After a few minutes, he heard a noise behind him. Swimming up the creek was a large doe. The doe exited the creek within 50 yards of his stand. 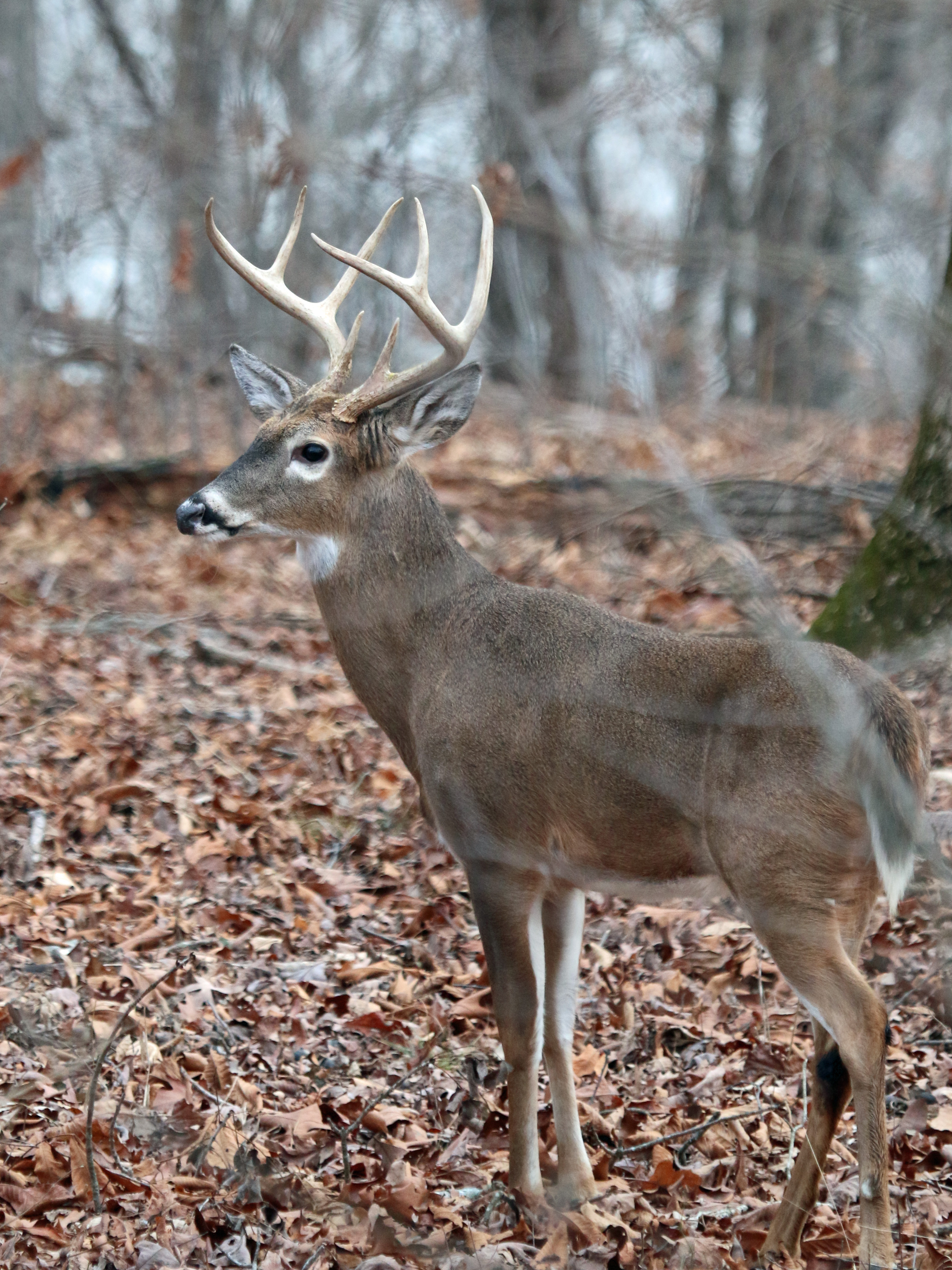 Mix up your calls and do some rattling, to lure in those late season bucks.

Several minutes later, another doe from a different direction approached. She, too, crossed the creek near his stand. The next day my friend used a similar method to call in a nice six-point for his niece. Sometimes offbeat late season deer calling tactics will bring results.

Holder says to give rattling a try even in the late season. The rut may be over in some areas of the state and just getting cranked up in others. Subordinate bucks will slip in cautiously to get a peek at the fight. Also, mature bucks will also want to get in on the fray.

“Start your rattling sequence low and then gradually increase the intensity,” Holder advises. “Rattle to simulate a buck fight. Rub your rattling antlers on trees and shrubs and grind them hard.”

During the rattling sequence, throw out some low-pitched buck grunts. After pausing for several minutes from rattling, give a few grunts. Hunters need to be alert as deer could approach from any direction. Don’t be shy about banging out some loud rattling sounds. Late season bucks may hesitate at first, but their curiosity will most likely win out and they will usually approach the fight.

In the early season, some deer hunters will use a fawn bawl or bleat to call in does for a bow shot. This call can work throughout the season. Loud, screeching fawn bleats not only appeal to does, but bucks too will come in to investigate all the whining. Also, a doe coming in may have a buck trailing her right to your stand.

Late Season Deer Tips: Go Ahead, Stink Up the Place

Hunters should continue to practice good deer hunting hygiene by keeping foul odors out of the woods. Scent-killer sprays and masking scents are important to prevent deer from detecting you while on stand.

As they get into late season deer hunting, many hunters have poured out buckets of doe urine in an attempt to draw in a monster buck. Most hunters go for the less expensive doe-in-heat potions. Just like with anything else, you get what you pay for.

Premium doe urine or buck lures may be just the ticket for getting the attention of a buck in late season. A new smell may indicate a new girl on the block and that old buck will want to check her out. Usually, hunters will be very stingy when pouring out $15 per bottle doe pee on the ground. 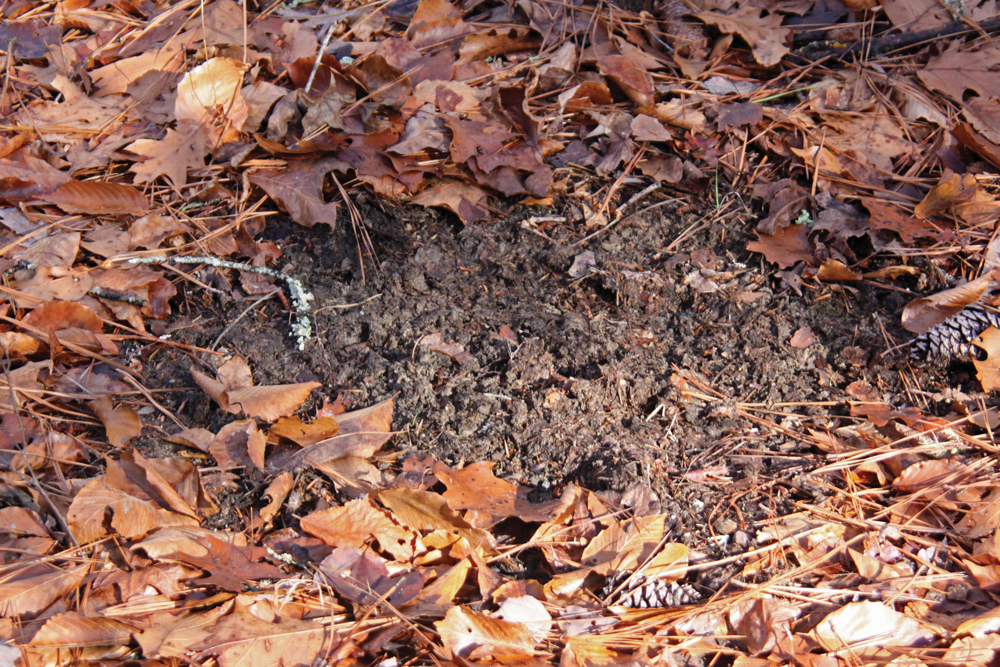 To bag that late season buck, don’t hold back. Hunters should use liberal amounts of doe urine or buck lures in their hunting area. A buck cruising around could pick up a whiff and make a beeline to your stand. Pick two or three spots to place the scent. There’s no need to try saving any until next season; might as well use it all now.

The late Ben Rodgers Lee of Coffeeville, Ala. was a firm believer in drag rags. He would soak his rag in doe urine and walk to his stand. One key to Lee’s success is he would constantly refresh his drag rag, keeping the scent strong—especially as he got closer to his stand.

Commercial deer attractants are also worth a shot. Most of these products have some type of food odor. Apple crush, sugar beet crush, molasses-flavored dirt and similar products could attract a late season buck into shooting range.

If nothing else is working, what do you have to lose by trying?

We’ve mentioned earlier about changing the approach to your stand. But what about changing the hunting time? Many hunters go in and come out of their stands at the same time every hunt. Try going in later or staying on your stand longer. As the other hunters are going in for lunch, they could possibly push a buck in your direction.

“We have noticed that some late season bucks we’ve taken were in the middle of the day,” mentions Ed Taylor of Talladega, Ala. “Sometimes we will wait until midmorning to climb into a stand or shooting house.”

Weather can be another factor to assist hunters in completing their buck limit. Most hunters are fair weather guys and stay home when things get nasty. Wise hunters will be in the woods before a cold front or immediately after a line of storms move through. These are the times deer will be up feeding and moving around more.

By late season, deer hunters with an empty tag have nothing to lose. They have to pull out all the stops they can think of in an attempt to bag that last buck. Some tactics may seem eccentric or even a little crazy. But, when you show off that buck to your buddy, he’ll know you had a great day outdoors.