Not Every Hunt will be One to Call Home About 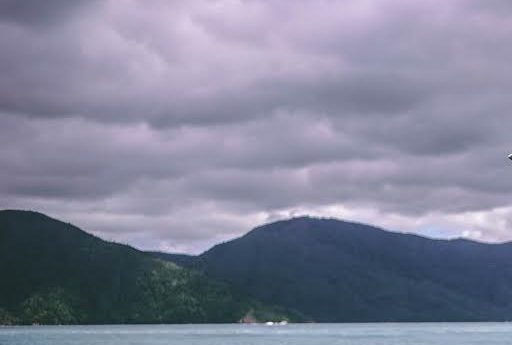 When the grip of a long rocky mountain winter begins to fade, thoughts of spring in the mountains kindles the spirit. The winter is brutal snowy and cold here in the Bitterroot and I was aching to get up in the new green arriving at elevation.  My goal this year was to take a huge boar. I had several new gear items to test out as well. Montana is spot and stalk only for bear and I wouldn’t have it any other way. Spring boar hunting this way is tough but rewarding and very doable.

I started the season out on the four wheeler looking for tracks and scat in a late snow storm. I saw several good tracks in the snow including some very large ones. Because I have spent my entire life hunting, when I set my goals I expect to be successful, having all the skills, equipment, and time to achieve them. It is what I do for a living.

May arrived and I had discovered the main road heading up was still snow covered. A spur road off the main road gave way to several canyons and old logging roads.  With the main road impassable, nobody had access to the canyons, nobody except those willing to hike up the creek bottoms, and I was willing.

I hiked up the creek crossing a very nasty high flow stream that required crossing a log on hands and knees, a slip and the fast moving water would certainly suck me under. About mid way across the stream my rifle swung around off my back and the barrel smacked me in the head nearly dumping me off the log.  By the time I got to the other side I had a nice knob forming above my right eye. I was sloppy in securing my rifle, and I nearly paid dearly for it. Lesson learned. I hiked up the tributary crossing several nasty log jambs and turned up a slope and hiked to the lowest road in the back canyon. I ate a mountain house and put my swaros on a tripod and began to glass.

It wasn’t long ’till a huge boar materialized out of a light rain. He seemed almost a ghost slipping down the ridge across the small canyon. The boar seemed to have no worries. He was not looking around, but just taking his time with no worries. I pegged him on my rangefinder at 880 yards. At that distance, his behavior told me he was a big boar, as field judging is nearly impossible.

I reviewed his route and moved into position, with an hour and a half of daylight left, I would get a shot at about 420 yards when he moved into a grass covered slope to feed. I was shooting a custom 300wsm, and competent to 500 with this setup. The big bear moved into a small patch of trees, the last obstacle before he arrived in the opening. The minutes passed, and passed, and passed, no boar. He never came out even when the last touch of shooting light faded into failure.

I came off the mountain beat up, but undaunted. The next day, I drove as high as the snow would allow me, pulled out my back pack, and hiked 4.5 miles into the canyon system and set up a bivvy camp. I was totally alone without another hunter anywhere close. I hunted the boar for three days, relentlessly, and hiked 18.5 the last day and a half to no avail. The boar had simply vanished despite my best efforts. I assumed he had followed snowline and moved up higher, so I did to.

“Like you always tell us at camp, boss, hunting is a business of failure.”

I found a huge pile of scat in a canyon system higher and to the east and spent three more days searching in there. No boar. When it was all said and done the time I started scouting until I had to quit was 17 days. I saw several fawns, and great in air eagle fight, more elk then I could count, 8 bears, a bobcat, countless mule deer, and whitetail. I got hundreds of great pictures, got plenty of exercise, and had a great time. However, I failed my task of spring bear hunting.

Failure is somewhat palatable when we feel we have not given our best effort or made a seriously dumb mistake. What happens though, when we do give our best effort and make no game changing mistakes and still are rewarded with failure? Deep in my gut I had been humbled. Perhaps the good Lord saw my confidence drifting into arrogance and issued a subtle reminder that He, not I, controls His creation. After the hunt one of my guides expressed surprise I hadn’t killed a big boar, which only compounded my anguish over the matter. Then he said: “Like you always tell us at camp, boss, hunting is a business of failure.” Indeed. My own words used against me. I smiled when he said it.

Hunting is a business of failure. What value may we find in a huge whitetail buck if they were commonplace? What reward of effort would we feel if every hunt resulted in a kill? The mountains lose not one piece of their magnificence if an animal is taken or not. The reality of overwhelming failure provides the hunter with opportunity to overcome. It is in the exploitation of this opportunity to gain reward, kill or not. Failure rests hard upon the shoulders when all effort has been expended, the painful reality that your personal best wasn’t good enough troubles the soul. However, the ultimate success through perseverance makes that success all the sweeter. Therein lies the beauty of failure.