Finding The Most Stable Stand In Kayak | Great Days Outdoors

Finding The Most Stable Stand In Kayak

Finding The Most Stable Stand In Kayak

So, let’s review a little basic information about boat construction, whether we’re talking about aircraft carriers, cruise ships, bass boats or even a stand in kayak. Weight on any watercraft is best located low in the hull. Too much weight in a high position makes any boat hull unstable. When a boat, let’s say a kayak, is not stable, it just feels “tippy” and quite often, an unstable kayak will “turn turtle” and make the angler into a swimmer.

In general, the weight placed in a kayak, and that means the person sitting in the kayak, is more stable when the person is sitting on the bottom of the hull as if in a sit-in kayak. Lowering the center of gravity makes any boat more stable and less likely to tip over.

However, sitting low on the bottom of the hull is uncomfortable, and this low sitting position makes fishing almost impossible. So fishing kayaks must make compromises to allow anglers to sit and stand in a much better fishing position.

Modern fishing kayaks have hulls designed to allow anglers to sit and fish with maximum stability and stand and fish with reasonable stability. Modern kayaks do a very good job of maximizing stability.

When it comes to kayaks for fishing, two of the most important elements in all kayaks are the two opposite points which are speed and stability.  To tell the truth, no kayak made for fishing is both fast and really stable.  The elements that increase a kayak’s speed decrease the kayak’s stability.

Wide is good for stability. Kayaks which are built wide in the thirty inch and greater range tend to be much more stable for anglers. Wide kayaks allow anglers to sit higher and make a great stand in kayak for fishing. 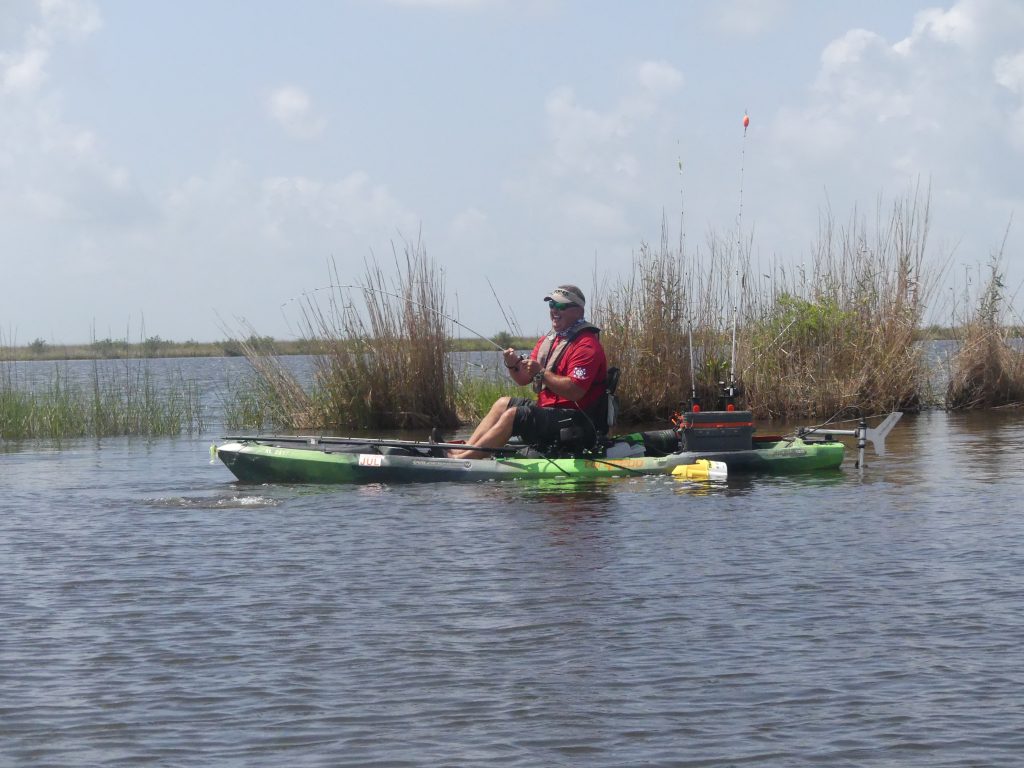 Seated is the ultimate position of stability for most kayak anglers.

However, being wide is bad for speed. Kayaks that are fast and easy to paddle or pedal through the water tend to be narrow kayaks. Sometimes, anglers need a kayak which allows them to move across wide spaces of water to reach feeding fish way off in the distance. Fast kayak hulls tend to be easier to move and require less effort from the angler.

Fishing kayak hulls designed for stability tend to take advantage of certain elements that boat designers have known for a long time. Keels, which are the projections which run the length of the boat from front to back tend to make the boat track better and also make the boat less liable to tipping to the side.  Also, hull elements called chines, which are basically edges where sides meet bottom also create more stability.

Many standing fishing kayaks employ keels and chines to increase stability while not diminishing speed too much.

Many wide fishing kayak hulls have double chines which create a tunnel hull. This is a very stable construction, and tunnel hull kayaks allow anglers to stand and fish with great security.

Of course, these keels and chines also make the boat harder to move through the water.

Outriggers, custom or ready-made, are the ultimate kayak stability creating elements.  These outriggers attach to the hull of the kayak and have floats of some sort on the outboard ends of the outrigger supports. A kayak with outriggers is very stable and outriggers can turn a very fast but tippy kayak hull into a super stable platform.

Of course, these outriggers complicate the basically simple structure of a fishing kayak and they require attachment points on the kayak hull, and they make paddling much more difficult.

General Efforts To Find The Most Stable Fishing Kayak

For any kayak angler in any kayak, there are some things which can increase the stability and security of the angler when on the water.

Perhaps the most important thing any kayak angler can do to increase stability and safety when fishing is to be honest about her or his balance. For instance, I know that my sense of balance has really gotten shaky recently, and so I don’t stand much when I’m fishing now. If the angler has good balance and can adjust when the waves and boat wakes make the kayak rock and roll, then standing and fishing is a good idea. But for those of us who can’t adjust to boat movement as quickly or as well, then keeping the angler’s bottom in the seat creates the most stable position. 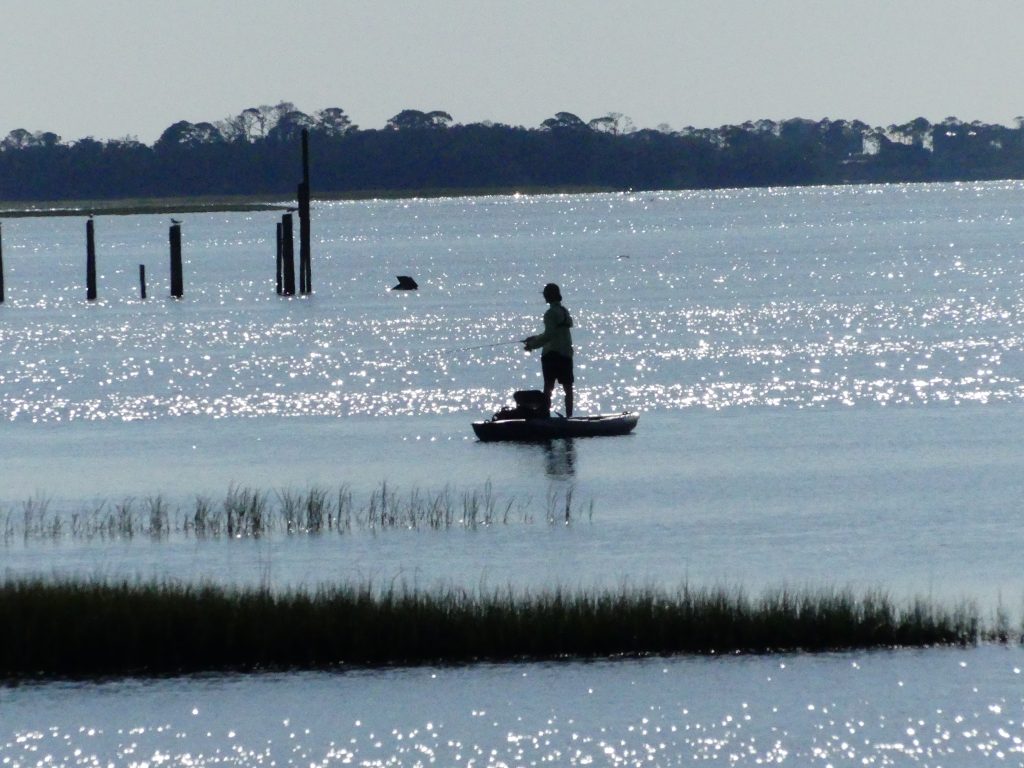 Know the water conditions and adjust the fishing to fit the conditions. If the water is flat and wind and tide are not making rough conditions, then standing or sitting in an elevated seat position is fine. But when the waves start to break and the water gets rough, then standing and fishing can be tough no matter what kayak is being used and how the hull is built.

And while it really shouldn’t need to be said, when anglers are standing to fish or fishing in rough water, the PFD should be worn. If a standing angler loses balance and goes over the side, even in shallow water, a PFD will make recovering the kayak and getting back aboard much easier and safer.

This is by no means a complete listing of every stand in kayak built to have great stability for fishing, but these are kayaks that we have personal experience with and which we can vouch for their steadiness while being used for fishing.