It is a no-brainer statement that the weather changes daily in the South. Sunny, calm skies in the morning can give way to rain, wind, and storms by afternoon. So understanding the basics of weather events, along with whitetail deer behavior based on that weather and how to predict deer movement in rain and snow, can be a valuable tool in a hunters success in the changing Southern weather.

Stars twinkled in the moonless sky above. It was almost a full hour before the sun would awake and peek over the horizon. Frost covered broom straw glistened as the truck’s headlights cast along the curve in the road. The thermometer in the cab indicated 28- degrees F.

It appeared it would be a perfect morning in the deer woods. Mid-November had seen its first strong cold front pass through the state two days prior. Two deer hunters eager with anticipation donned their outer camo and made their approach to their induvial stands. 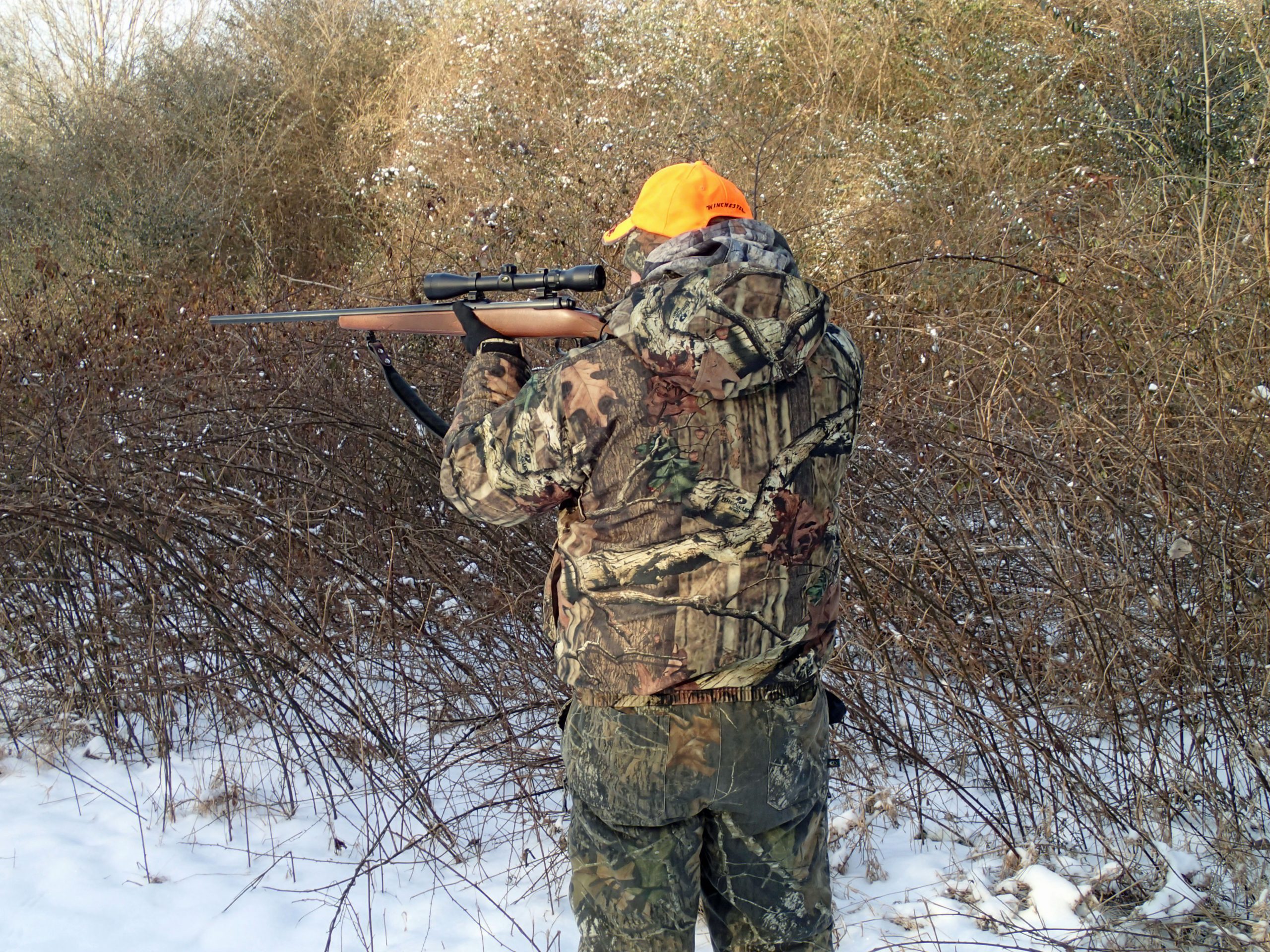 Light snow means cold temps and deer will be moving out of thicker cover.

As day began to break, deer could be heard walking over the frozen leaves. The crunching sound of hooves shattered the silence of the new day. Two bucks approached a large white oak and devoured the tasty fruit of the oak. For one deer, this would be his last meal as the released arrow from the hunter’s bow found its mark.

Both hunters had planned this hunt for years and many others like it. From journals, experience and weather forecasts they knew this morning would be special. It wasn’t the rut or the fallen acorns that moved these deer, but rather the weather.

Weather forecasts are not 100- percent accurate, but there are certainties about specific weather events deer hunters can use to their advantage when it comes to predicting deer behavior. Deer movement in rain, is particularly important.

“In the South, the weather generally moves from east to west,” commented Dr. Jack Kennedy, aviation meteorology professor at Auburn University.  “With a few basic observations, anyone can forecast the weather.”

This got my attention. After a few weeks, cold fronts, warm fronts, high and low-pressure areas, and dew points all made sense. And this information could be useful in the outdoors.

Cold fronts are areas of cold air invading areas of warm air. In the South, cold fronts generally move in from the northwest. Hunters can review a weather forecast either on TV or the internet and know about when the front will pass through their area.

There are many changes in the weather that occur before and after a cold front passes. There are changes in wind direction and deviations in barometric pressure. Of course, there is a shift in temperatures and usually rainfall and sometimes thunderstorms associated with the frontal passage.

A day or so before the cold front arrives, the wind direction will generally be out of the south or southwest. This means the air temperature will rise and there will be an increase in relative humidity (air moisture). Also, air pressure will decrease (a falling barometer) and the wind speed will increase.

After the cold front slides on through to the east, southeast, the rain will end, and air temperature will begin to decrease.  Also, the winds will change direction and generally begin to blow out of the north to northwest. During this change, the barometric pressure will begin to rise.

“With most cold fronts, we can see an average drop in temperature from about 10- to 15- degrees,” mentions Wes Wyatt of Fox 6 Weather. “In some cases, it can be more of a temperature drop.” 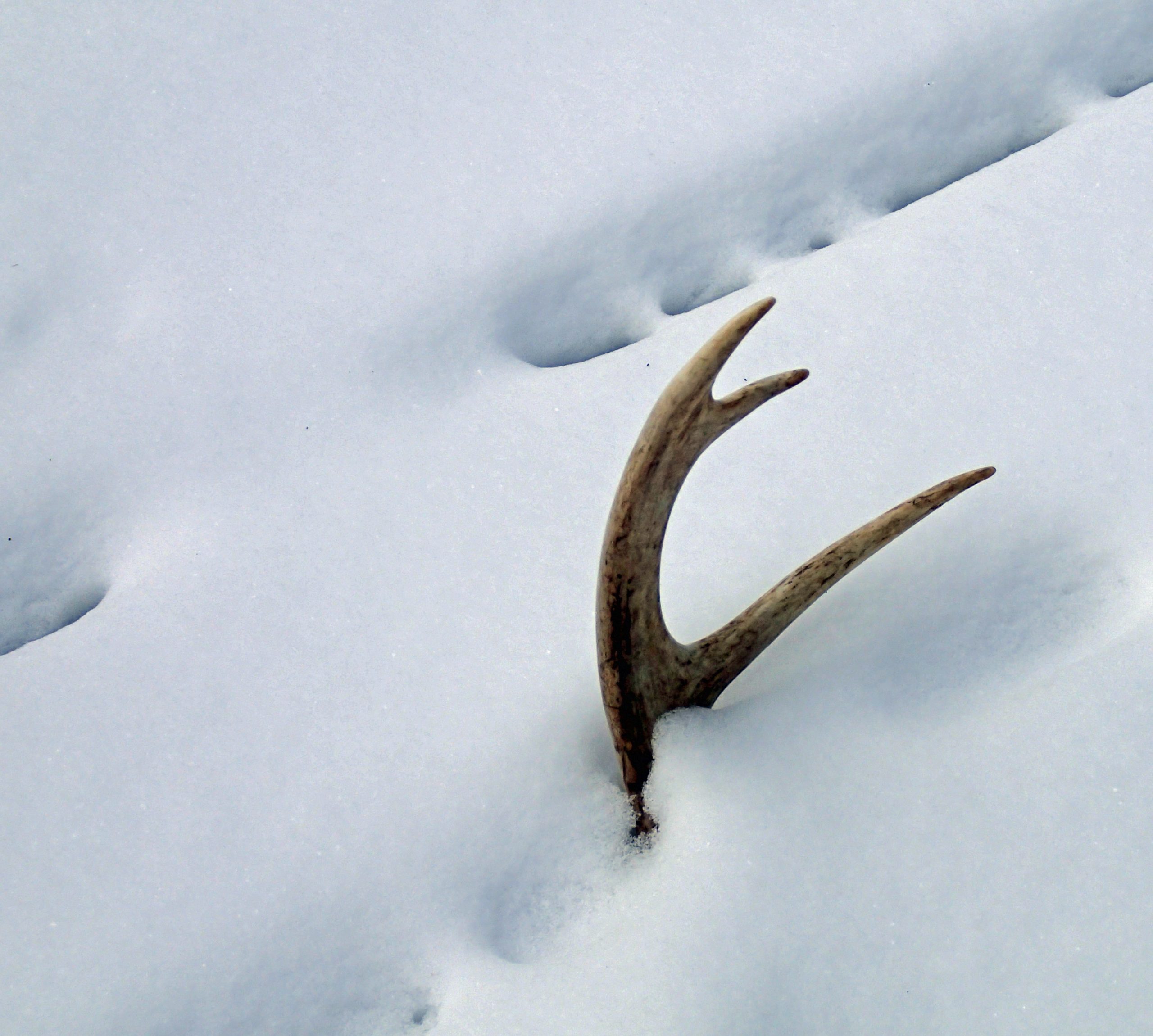 According to the National Weather Service, the standard sea level pressure is 29.92- inches of mercury. This has been a long time standard for meteorologists around the world. Any reading above this mark is considered high pressure and a reading below the average is considered low pressure.

Some hunters have learned through experience and keeping journals how weather patterns affect whitetail deer behavior and how to hunt them. Weather changes can and do affect deer movement, but other factors, like hunting pressure, habitat alterations and food sources can also impact deer movement.

Longtime deer hunter Ken Duncan learned from years of experience hunting whitetails around the state when to use weather changes to deer hunt. 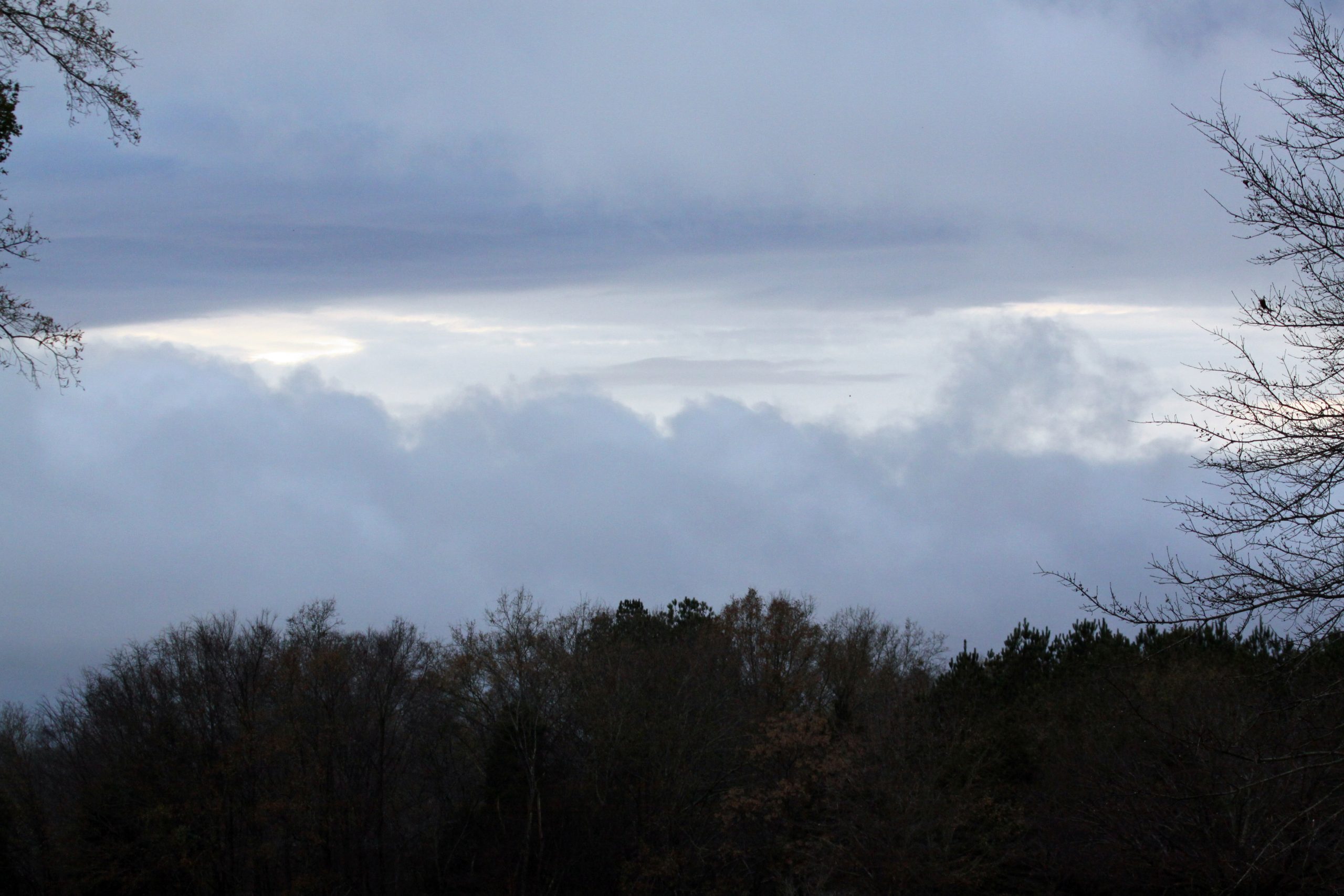 “Deer like to move after a heavy rainstorm,” advises Duncan. “As soon as the rain begins to slack off deer will come out of the thickets and begin to move.”

Remember from our weather lesson above, rain usually accompanies a cold front in the fall and winter months in the South. Also, the barometric pressure begins to rise and the wind shifts direction. Usually, it is only a few hours before the wind picks up speed after a cold front.  With a strong cold front, winds can increase with gusts to 15- to 20- mph or higher.

Barometric pressure decreases before the cold front arrives. And warmer southerly winds cause the temperature to rise. This moving barometer, falling and rising is a period when deer will be moving. However, severe weather like heavy, rain and strong winds, will cause deer movement to decline.

As a general rule, the second day after a cold front passage will be the coldest morning. Also, the winds will decrease, and the sky will clear. These calm, cold nights are when we get frost if the temperature falls below freezing. 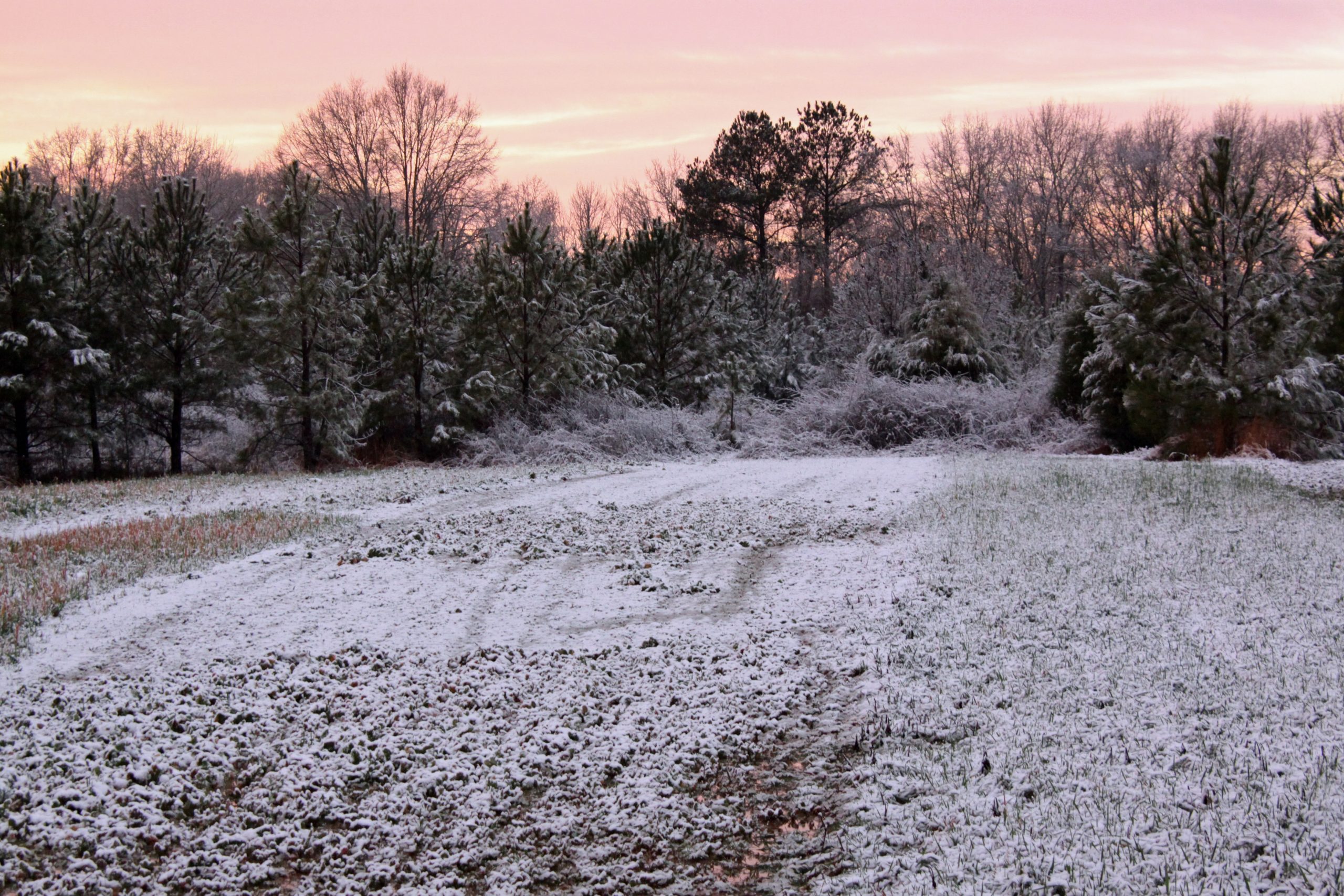 In Duncan’s experience, cold frosty mornings are the best time to be in a deer stand. Calm winds, rising barometer, and colder temperatures will have deer up on their feet.

Air temperatures well above or below the seasonable norms can also influence whitetail deer behavior. Extreme cold can have the opposite effect on deer movement. In the northern part of the state, it is not uncommon to see temperatures in the lower teens or colder. A deep freeze can cause deer to hunker down in a thicket and wait for better conditions. 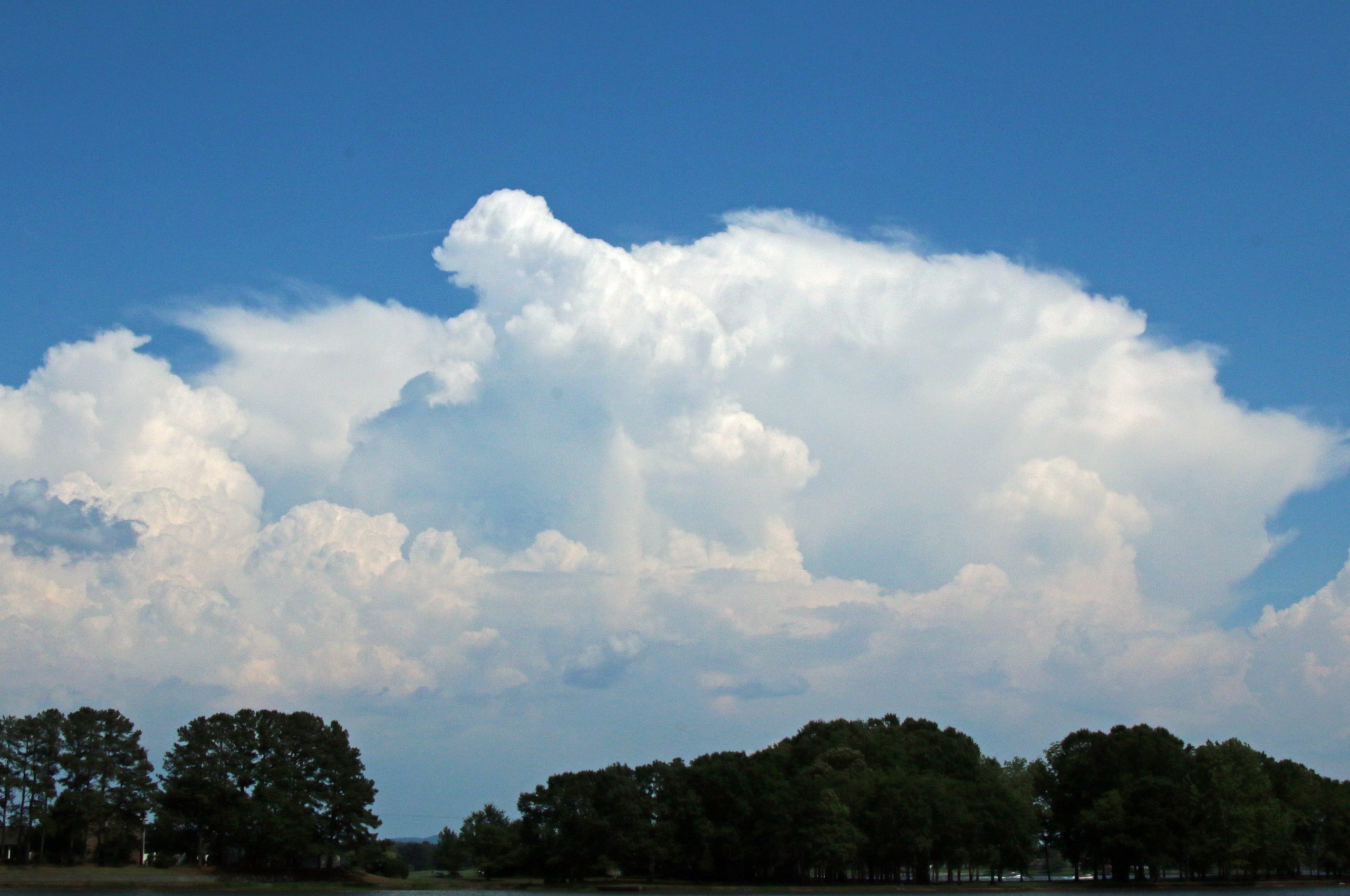 Hot weather is another deterrent in deer movement.  After several days of seasonal temps, a hot spell can diminish deer movement, especially during daytime hours.

“If it gets too hot, the deer just won’t move,” advises hunter Andy Barker. “On hot days, deer will look for cooler areas around swamps and creek bottoms.”

Other weather factors and deer

We mentioned strong winds associated before and after a cold front. Wind velocity can affect whitetail deer behavior and their movement for several reasons. One is deer depend on their hearing to alert them to danger. Strong winds create a tremendous amount of noise. Think how difficult it is for hunters to hear on windy days.

Deer movement in rain is deterred when it is coming down heavily. However, a drizzle or light rain doesn’t seem to affect deer’s willingness to move. Along with other factors like wind and temperature is not off the scale. 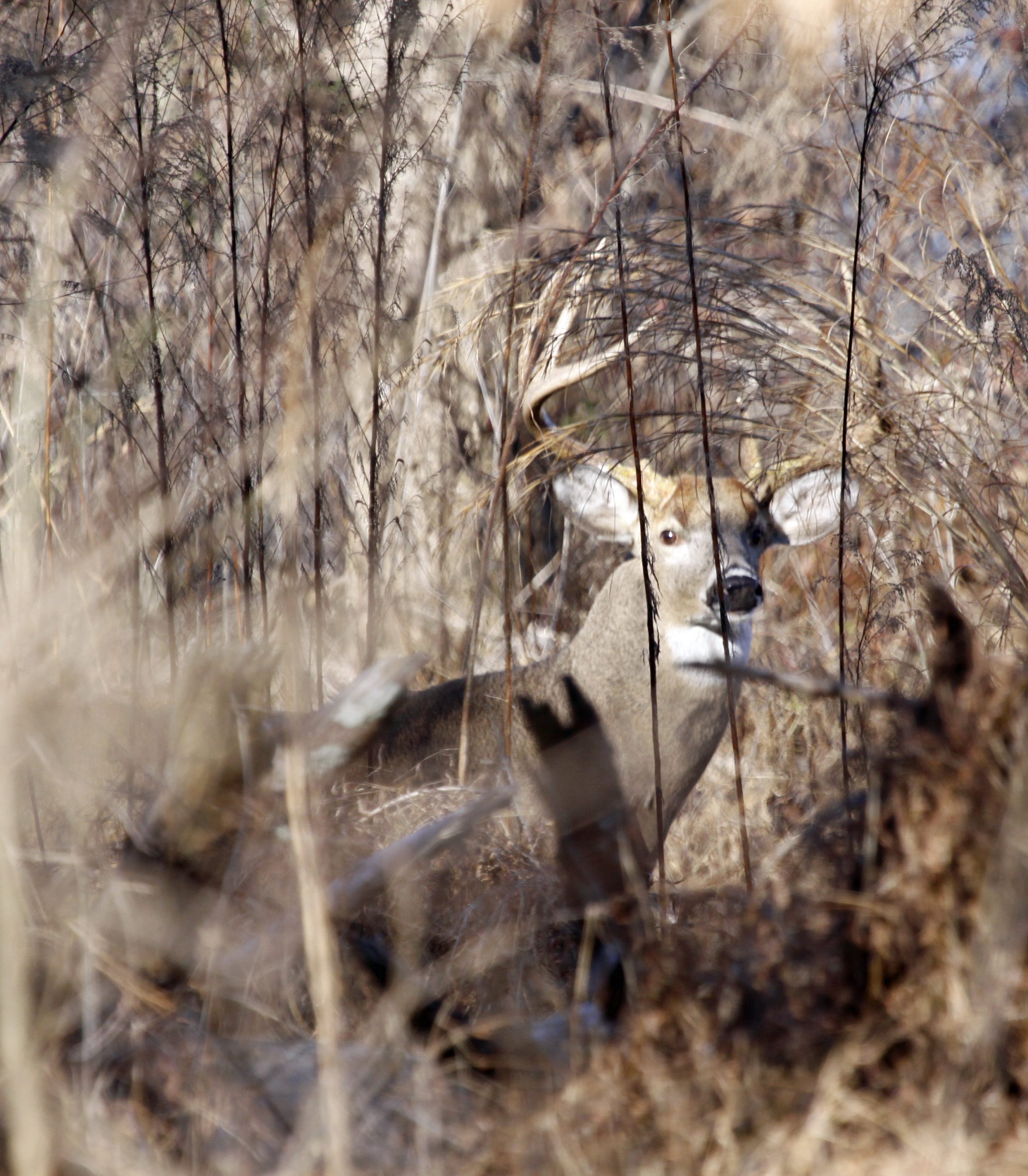 High winds will send deer to deep thickets in an attempt to avoid the wind.

Most deer seldom see snow in the Cotton State. However, a light dusting of snow falling or on the ground doesn’t seem to affect whitetail deer behavior according to Duncan’s and Barker’s experience. A heavy snow will send deer seeking shelter and hunkering down.

Barker and Duncan prefer cloudy days over sunny in most cases. The cloud cover helps keep the temperature down. And they surmise the darker skies help make the deer feel a little more secure.

Deer hunters who are interested in learning more about weather forecasts can visit the National Weather Service at www.weather.gov or Weather Underground at www.weatherunderground.com. For alerts and forecasts download the WBRC Fox 6 weather app for your smartphone. 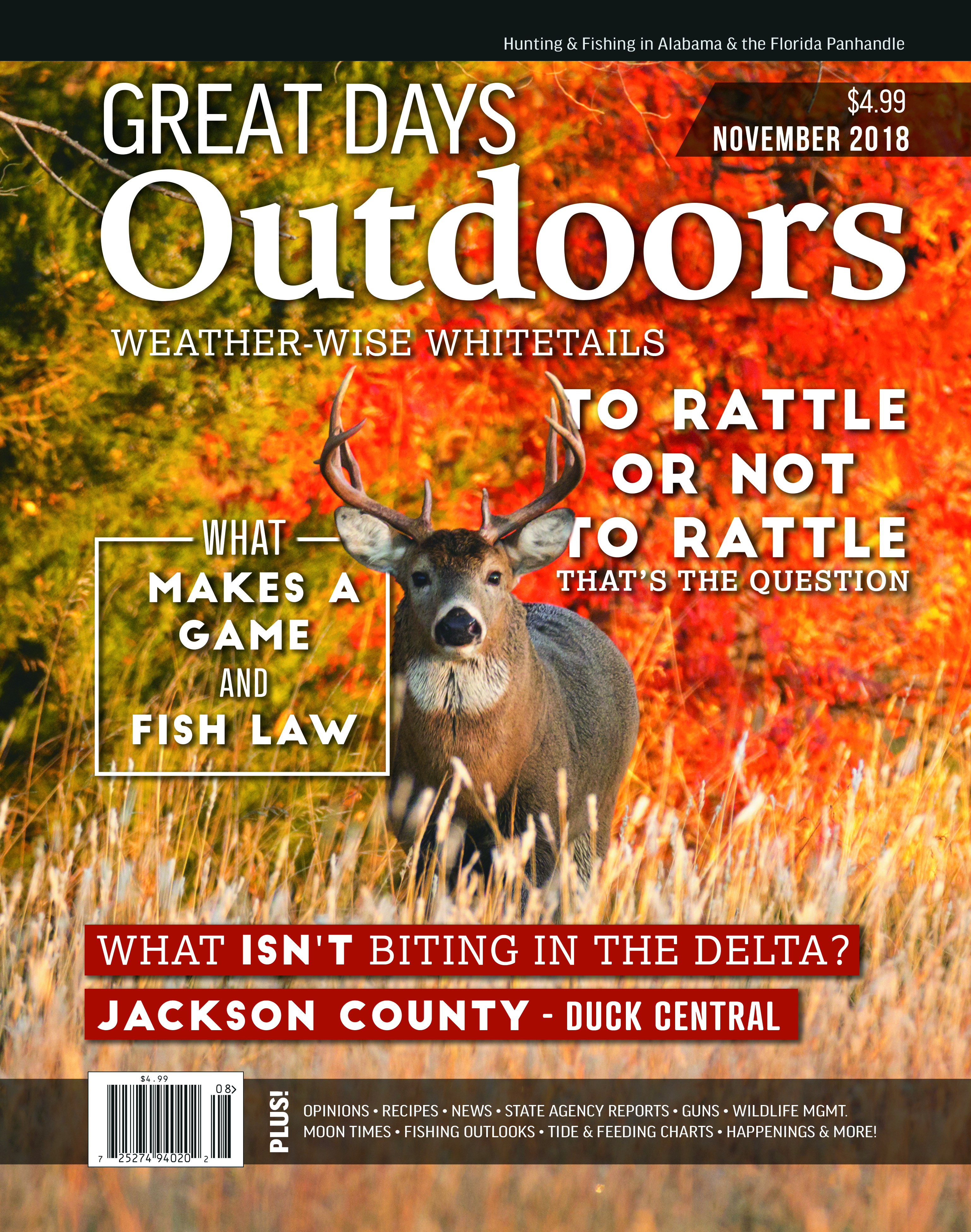 This article first appeared in the November 2018 print issue of Great Days Outdoors Magazine. For more great hunting and fishing content for the deep South, subscribe to Great Days Outdoors print and digital editions or click the image to download this issue.