6.5 Grendel Vs 6.5 Creedmoor Vs 6.8 Western Rifles and Ballistics

6.5 Grendel Vs 6.5 Creedmoor Vs 6.8 Western Rifles and Ballistics

Released in 2003, 2007, and 2021, three popular sporting rifle calibers are some of the latest newcomers to the firearms family. Long have certain calibers of old ruled the roost. While many of these are still popular, they’ve had their day as kings and there is a new crop of calibers taking the hunting and shooting sports worlds by storm. Each of these options have their advantages and disadvantages, of course. Here’s the rundown of the 6.5 Grendel vs 6.5 Creedmoor vs 6.8 Western.

Created in 2003, the 6.5 Grendel is the lightweight of the bunch. It’s a fast-shooting, AR-platform type caliber.

“I think the best thing the Grendel has done is sell rifles,” said Sonny Vincent, president of Bay County Armory in Panama City, Florida, which is a firearms dealership and also builds custom ARs in both the 10 and 15 platforms.  “You can only sell so many .30-06 rifles. So, at some point, you have to create a buzz and sell more rifles.”

Ben Frank, senior product manager for Winchester Ammunition, says the Grendel is usually the cheapest, certainly the smallest, and definitely the least powerful ammunition of the three on this list. This caliber is quite a bit different than the Creedmoor and Western. 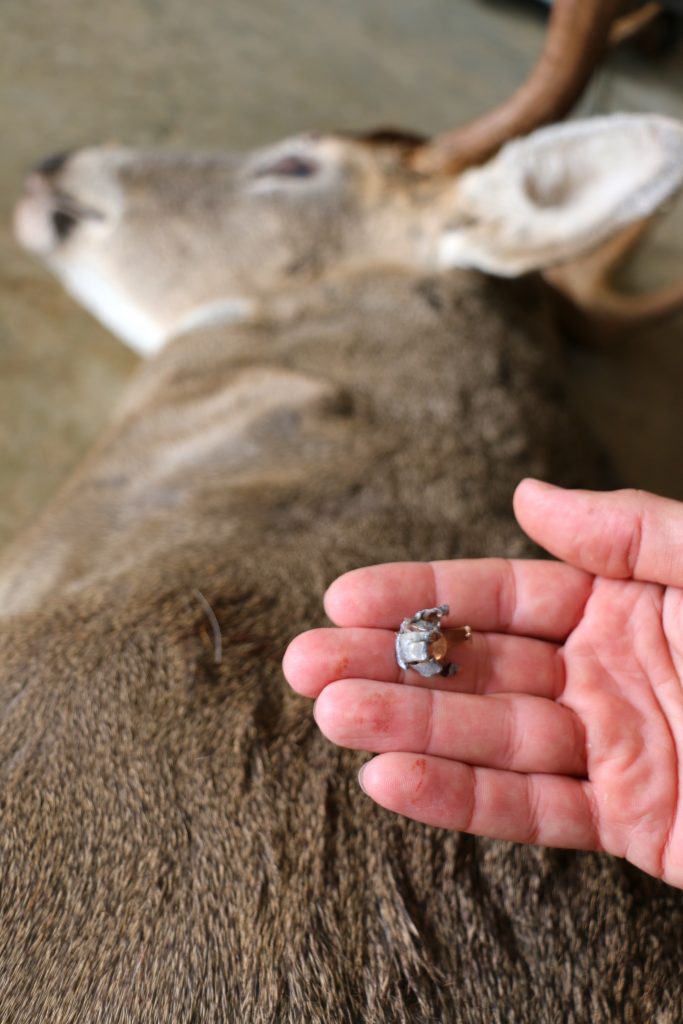 Regardless of the caliber or cartridge, you still need one that will mushroom out and deliver the payload effectively.

“I don’t think the Grendel has much of a place in the bolt-action world. I think it’s primarily a semi-auto caliber,” Vincent said. “Today, that equates to an AR. It’s a good attempt at making a fast, flat round out of an AR-15, versus having to move up to the larger-framed AR-10.”

That’s a lot of drop, which is a tradeoff. But the recoil is much lower and it’s certainly enough to kill a deer, hog or similar-sized game.

“These are good enough to kill whitetails, for sure,” Frank said. “Its heavier weights than say a .223, and maybe even more capable than 300 Blackout. But you are limited in long-range capabilities. You don’t have that sleek, long, high ballistic coefficient bullet. You’re not carrying as much energy when you get out there farther. You might be able to hit them, but maybe not with as much lethality.”

While it has some advantages, there are also some downsides beyond the long-range trajectory. Vincent said it suffers from a lack of variety in projectiles. Still, if a fast, flat round is the goal, this will do just fine. That said, there’s another option Vincent really likes that isn’t as popular.

“When people think fast and flat, and widely available AR cartridges, Grendel is really first to mind, but I think the 6.8 SPC should also be part of that conversation,” Vincent said. “I’m personally partial to the 6.8 SPC, having a larger variety of available factory load projectiles. And there are other cartridges out there that I think are worthy of discussion — one is the 7mm Valkyrie.”

In 2007, four years after the birth of the 6.5 Grendel, the world fell in love with the 6.5 Creedmoor rifle, thanks much in part to a flurry of press and a staunch marketing campaign. Still, despite the hype, it checks boxes.

“Ballistically, I think it falls neatly into that gap that a lot of other rounds have narrowly missed from a performance standpoint,” Vincent said. “It doesn’t become the primary round for competition shooters for no reason.” 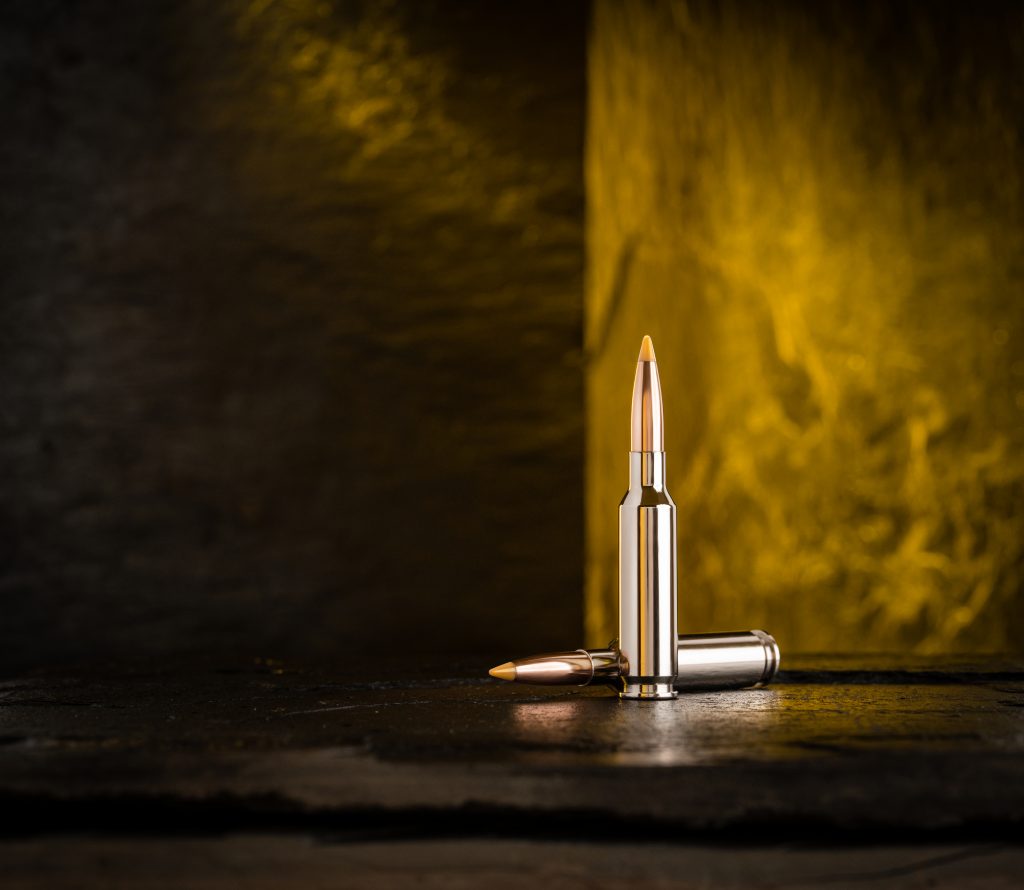 The 6.5 Creedmoor is a popular caliber but is it overhyped?

“Much bigger than that and I start to worry about the energy and retained bullet weight,” Frank said. “You can certainly use different bullets to try to help with that, such as solid copper bullets.”

“It’s not so much a negative of the cartridge or caliber  but that people use it for unintended purposes, at least in terms of its original case use,” Frank continued. “It was developed around long-range shooting, and that turned into people trying to use it for bigger and bigger game. I think some hunters try to make it one of those cover-all types of cartridges and people can get overconfident with it.”

All specs considered, the 6.5 Creedmoor for deer is perfect. It is very accurate, has very little recoil, is easy and really fun to shoot. Plus, ammo is affordable. And getting bullets to the right spot is where it excels.

“It has replaced some units in the military for anti-personnel sniper operations as the primary cartridge,” Vincent said. “It’s replacing the .308, which has metric tons of data written about it and  there’s a reason that it did that. It is the more accurate long-range round. I think it’s due to bullet weight and shape, as well as the shoulder angle of the cartridge. It’s wiggled its way into that sweet spot in long range.”

Released in 2021, the 6.8 Western is the newest caliber in this roundup. It’s the heavyweight of the three, but it’s no fatty. This thing has a body made for performance.

The 6.8 Western is basically a short magnum. It is designed after sound principles, which makes it extremely accurate. It shoots straight.

“There are various 6.5s, and when we launched the 6.8 Western, there was a thought of well, should we call it a .270 or 6.8?” Frank said. “We knew immediately that people would do a 6.5 Creedmoor comparison. For the average joe who doesn’t know a ton of information about all of the cartridges, the 6.8 is bigger than the 6.5.” 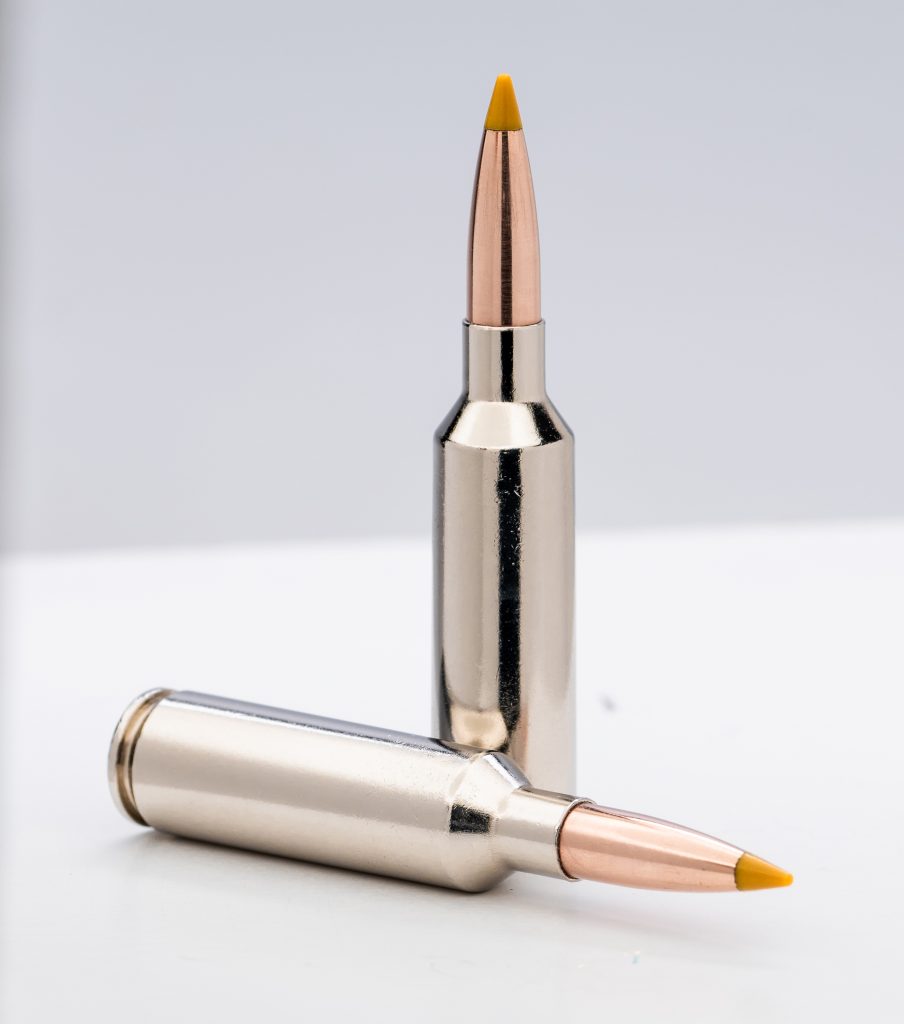 The new 6.8 Western is a stout round, and outperforms the 6.5 Creedmoor in numerous categories.

“The 6.8 allows you to use heavier bullets, like 165-175 grains,” Frank said. “This is more lethal and gets more penetration and retained weight than any of the 6.5 Creedmoor bullets. At 500 yards, you’ll have almost 60% more energy in a 6.8 Western than 6.5 Creedmoor. Not only is the bullet a lot heavier, it’s providing a lot more energy. You’re able to push it at velocities that have much more energy at 500-plus yards.”

“It has more recoil, but it’s very manageable,” Frank said. “It also costs a little more. It’s higher performance, but comes at a cost premium compared to 6.5.  “It’s truly a cartridge that can take you from whitetails up to elk, whereas that’s a bit of a stretch for the 6.5. These are all great cartridges, but don’t try to overuse them, because they all have limitations.”

Those who haven’t gone into full hermit mode will likely know that there is an ammo shortage. And so, we asked Ben Frank, senior product manager for Winchester Ammunition about that.

“It’s just unprecedented demand, and so many people out there,” Frank said. “As soon as it hits the shelf, it’s gone. We have new shooters that are coming in and buying guns for the first time. Even just the new people have taken up a fair amount of the supply. With all of the stacking of events, it drove demand way up. We’re making as much ammo as we ever have and then some.”

Of course, ammunition manufacturers are building as much as they can as fast as they can, but the demand is exceeding supply chains.

“Everyone is doing the best they can to catch up, but it’s probably going to take a while. The shelves are empty. When this happens, it takes a while for the pipeline to fill back up and that’s assuming that this pent-up demand slows down.”

“I view my company and the products I build more as sporting rifles than tactical rifles,” Vincent said. “Tactical has been done and everyone produces one. I try to focus on the hunting and sporting market.”

Bay County Armory offers four different tiers of rifles. When deciding what’s right for you, ask yourself three questions. What’s the anticipated use of the rifle? How much will it be used? And how much customization am I looking for? A custom-built AR platform isn’t for everyone. But for those seeking a carefully crafted modern sporting rifle, it just might be a new favorite.