Are Alabama Oysters Making A Comeback?

Are Alabama Oysters Making A Comeback?

Are Alabama oysters making a comeback in Gulf waters? According to the numbers, they are. This is, of course, good news — not only for those who enjoy dining on them — but for the economy and the ecosystem along Alabama’s Gulf Coast as well.

So, what are the numbers showing? The Marine Resources Division of the Alabama Department of Conservation and Natural Resources reports that nearly 50,000 sacks of oysters were harvested this year, which is well over double the 2020-21 total of 22,070 sacks. (According to Alabama harvest rules, a sack is about 85 pounds of mature oysters in the shell.) 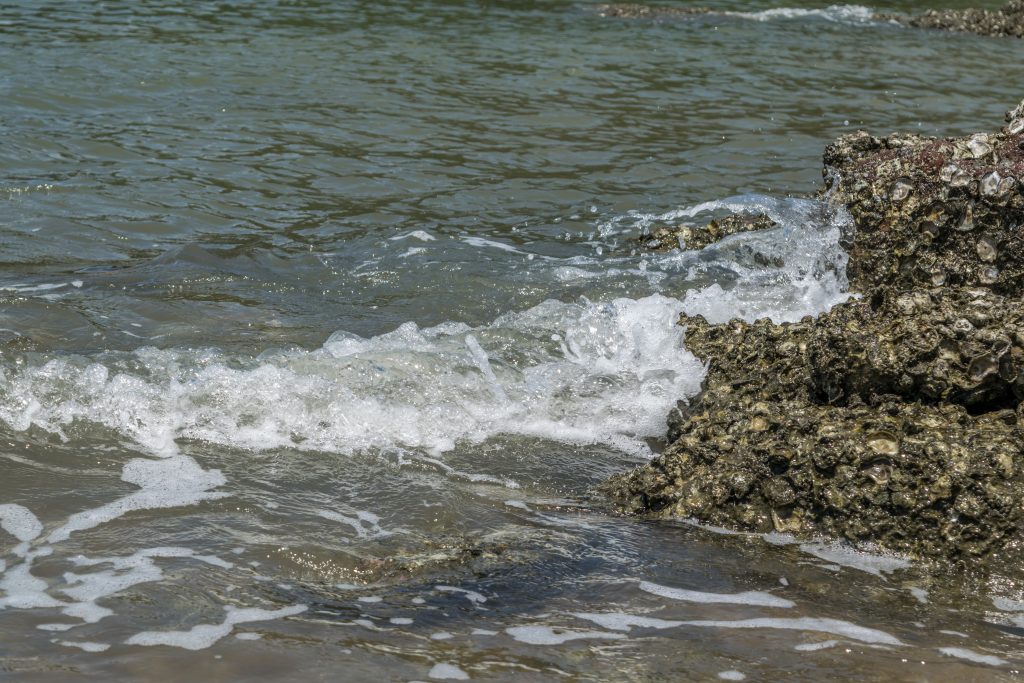 Oysters hold a foundational function in the Gulf’s ecosystem.

The 2019-20 report showed 11,258 sacks were harvested, which is a remarkably strong rebound from 2018-19, when there was no season at all due to high waters that threatened increased bacteria levels in the area.

So, Why Did The Numbers Increase?

Scott Bannon, Director of Alabama Marine Resources with Alabama’s Department of Conservation and Natural Resources, said that when it comes to oysters, things are looking up.

“Alabama’s wild oyster population is in fair condition and improving. Improvement is a multi-faceted issue,” Bannon said. “Some things in nature are rebounding to levels they need to be. They are reaching a balance. Also, some practices have changed in how we address oysters harvest to catch maximum yield but leave enough to impact water quality.”

According to Bannon, one reason this year’s season was so strong was that they opened some productive unexplored territory east of the usual harvest area. In addition, they refined a grid system that accounts for how many oysters are harvested from what waters.

He pointed out that by utilizing the harvest grid system allowed the department to monitor small areas and close them appropriately for sustainability while keeping harvesters working more days. 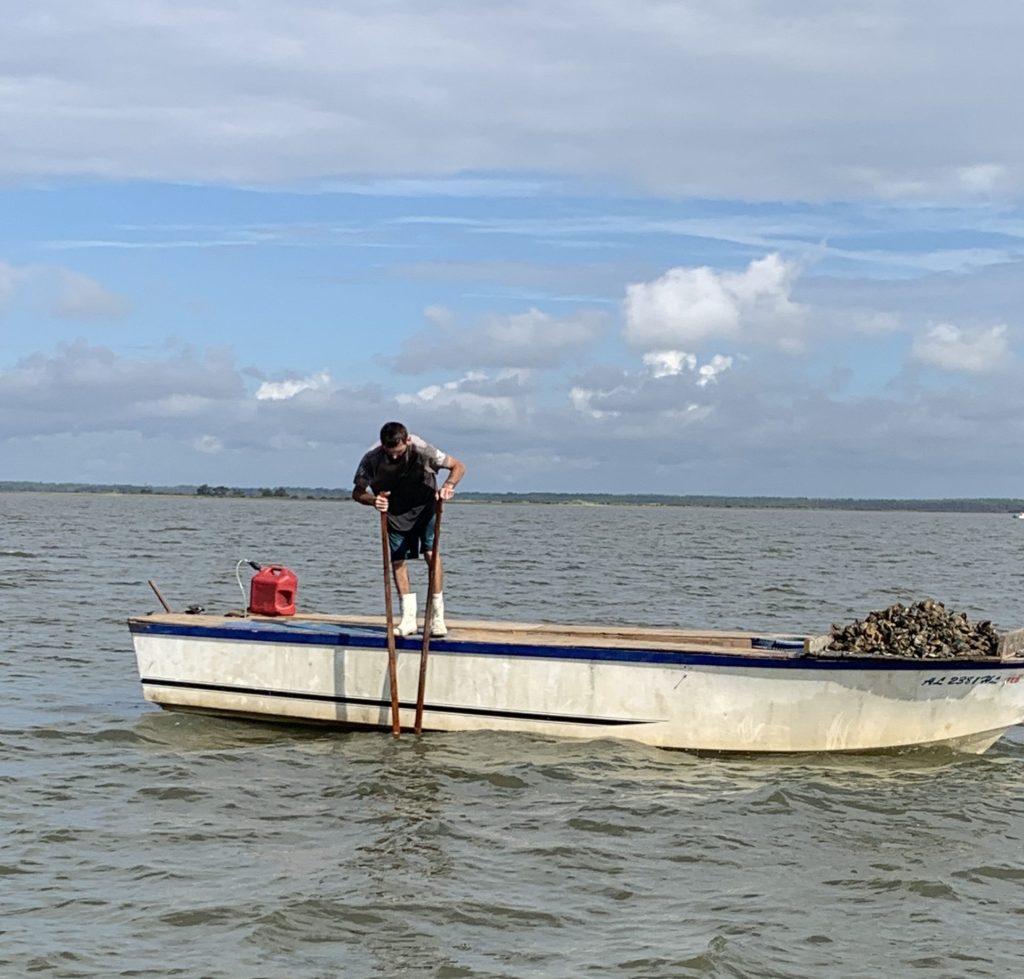 According to Dr. Scott Bannon, director of Animal Marine Resources with Alabama’s Department of Conservation and Natural Resources, Alabama’s wild oyster population is in fair condition and improving.

“We open harvest and close 500 square meter grids once the yield is met,” he said. “We move the harvesters to the next location and then the next to maximize harvest ability. When they leave and move on to the next session, the bottom is turned and the shell is exposed, which is good for the next generation of oysters. If oyster catchers work the bottom with tongs and move and disrupt the oysters, it brings fresh shells and rocks to the surface. Those remaining oysters and substrate provide a lot of surface area for the spat (oysters larvae) to catch onto and grow. This creates a healthier oyster bed.”

Bannon explains that a healthy oyster population is essential to a healthy Gulf ecosystem because oysters are the “foundational critter” in our waterways.

“They hold a foundational function in the Gulf’s ecosystem,” Bannon said. “They filter and improve the water quality and are a food source for a number of marine creatures. In areas where there is a problem, they help to clean polluted water.”

Oysters also act as a meter for the water quality and health of the ocean ecosystem. Bannon explained that when researchers find an area that used to hold oysters but no longer does, they work to figure out why a die-off occurred.

“Oysters are resilient creatures,” he said. “The adults can close up and remain closed for a very long time. They can also survive up to three weeks out of the water. So, when an area is no longer able to hold oysters, it is indicative of a longer-term problem and it’s imperative to figure out why the oysters have died off and there’s no regeneration.”

The scientist explains that low dissolved oxygen is often the culprit. Fish and other critters depend on dissolved oxygen in the water to survive. In the bottom layer, the oxygen can become too low to support creatures like flounders, oysters, shrimp, and crabs. Most of the creatures can leave the area, but oysters can’t. They just won’t continue to thrive. So, when an area that once produced oysters no longer does, something is wrong.

Bannon said the challenge is to figure out the reason for the low levels of dissolved oxygen.

“Perhaps the flow pattern changed because of a hurricane or erosion. Fortunately, when it’s a natural occurrence, the system will often rebuild itself,” he said..

Bannon pointed out that hurricanes Katrina and Ivan, followed by years of drought, negatively impacted the Gulf’s oyster reefs, and that’s one of the reason’s there’s been an oyster shortage in the Gulf in recent years. 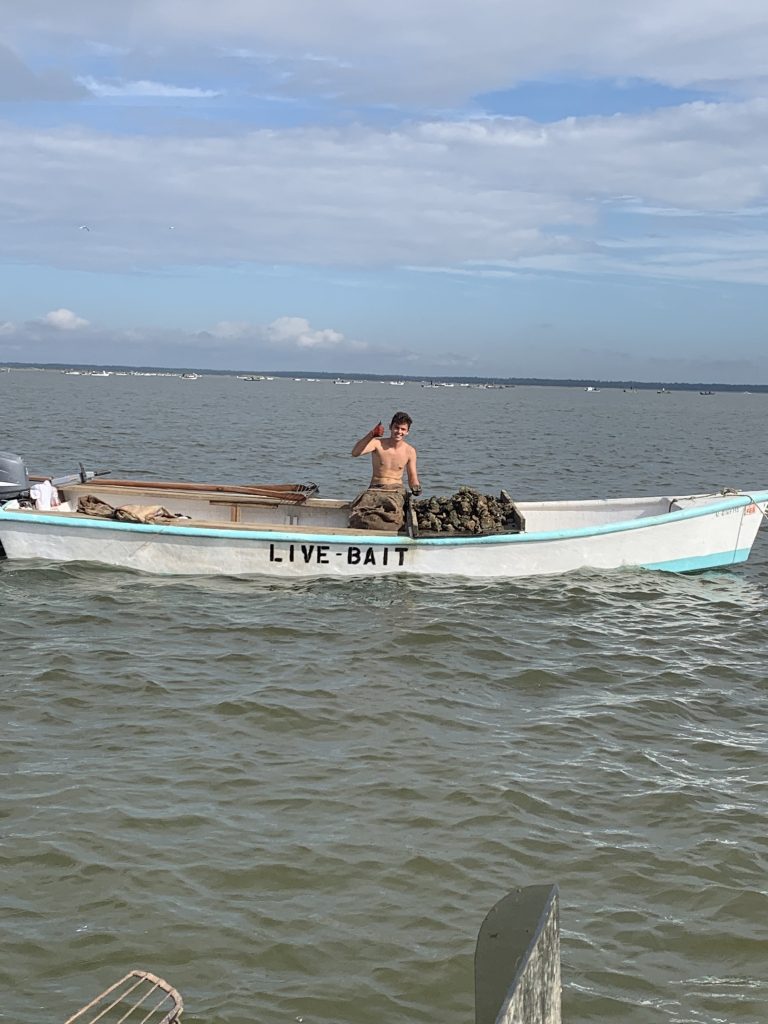 Oysters act as a meter for the water quality and health of the ocean ecosystem.

“Hurricane Katrina changed the salinity levels in the bay area around Dauphin Island,” Bannon noted. “Increased salinity means more predators for oysters. Then we had several years of drought, which means we didn’t have that flushing of flood tides and flooding from rivers to push predators off the reef. Oysters occur in bay areas because those areas get those freshwater events that push predators out of the area. When you don’t have those fresh-water events, the predation on oyster reefs is dramatic. You have to have enough oysters to overcome predators in a time period that allows them to regenerate.

“Fortunately, we’ve gotten back into some normal weather patterns with springtime heavy rains, which causes rivers to flood, and that freshwater pushes predators off the oysters and stabilizes salinity levels. This is the typical cycle that occurs on oyster reefs,” he added.

Simple changes in geography can also cause issues for the oyster.

“We built the Mobile Bay Causeway, which created limited areas where water flows exchange. When we created the Theodore Industrial Canal, dredged material was used to create an island in Mobile Bay. These things changed the historic flow pattern. The deeper ship channel carries sediments differently. Increased shipping traffic and development in the Mobile Delta Watershed from here to Mississippi, and Tennessee over the last 50 or 60 years has changed things as well,” Bannon said.

And we can’t forget the runoff from construction that pollutes the waterway. Bannon says fortunately people are better about dealing with runoff.

“Now we understand that it is a pollutant. Anything above us flows this way and impacts the water quality. We now work to prevent creek runoff that can cause problems.”

Despite the challenges throughout the Gulf, Bannon explains that many areas of the Alabama Gulf hold healthy oyster populations.

“We are working to expand those historic reefs,” he said.

Steps in the Right Direction for Alabama Oysters

And the Department of Conservation is working to improve the habitat and environment in areas that aren’t as healthy. He said there are some areas of Mobile Bay that were not holding oysters because the bottom layer was hypoxic (low saturated oxygen). So, they elevated the bottom by creating mounds of oyster shells to get the live oysters above that bottom layer so they are in oxygenated water.

Citizens are getting involved as well. In areas like Little Lagoon in South Baldwin residents are raising oysters in cages under their piers for the sole reason of helping the water quality.

“Once they reach a certain size, those oysters placed in public areas can be moved to a harvest site,” Bannon said. “They become spawning stock and create more oysters. Spat flow is from the northern end of Mobile Bay and goes south and west. Oysters that are alive and well in Mobile Bay, affect water quality, feed other animals and create larvae to be distributed further down in the system.”

The Farm-Raised Oysters and the Ecosystem

Anthony Ricciardone and Chris Head, co-founders of Admiral Shellfish Company, in Gulf Shores, Alabama, say their farm produces both sterile triploids and reproductively active diploids, which means some of the diploids reproduce and contribute to the wild population.

“We create a lot more spat,” Ricciardone said. “We put a lot of oysters in the water.”

He also said that the structure used to operate their commercial oyster farm provides a lot of housing for wild spat, as well as a habitat for marine wildlife.

Head explained that Admiral Shellfish Company is also actively working to help improve the local reefs and increase the wild population of oysters. 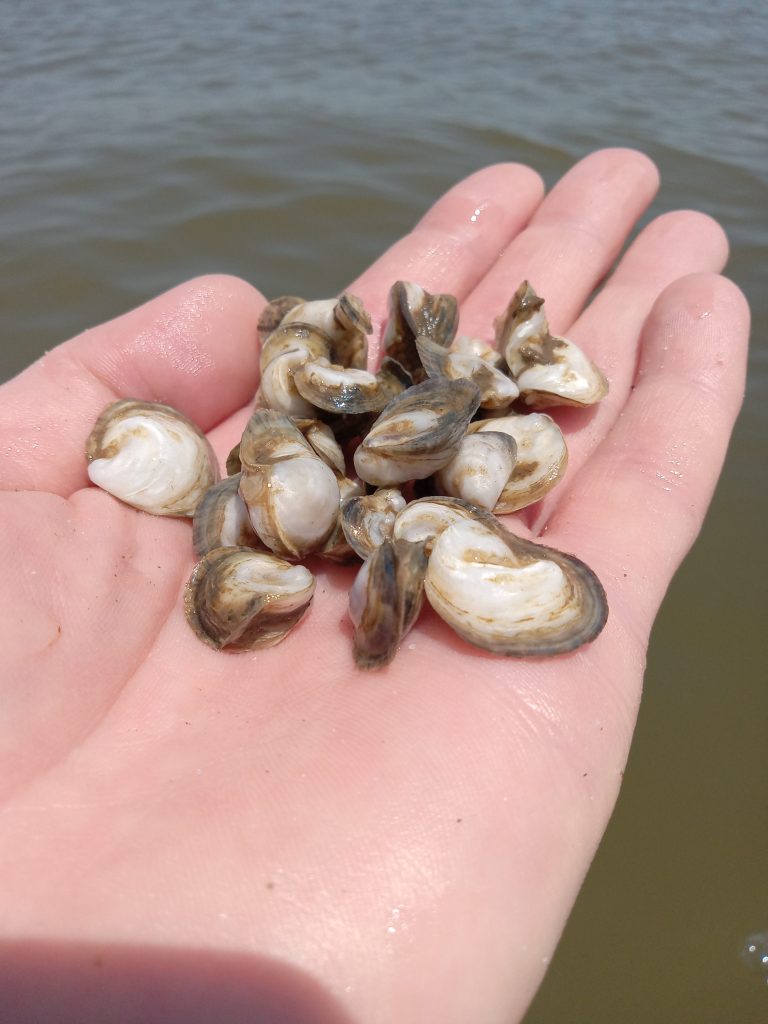 When two oysters attach to one another and lose their market value, Admiral Shellfish donates them to the state.

“We’ve housed a research project for Auburn University, which was basically working to get oysters to spawn in our area so they can rehabilitate our side of the bay as opposed to just the western portion of Mobile Bay,” he said.

Ricciardone pointed out that the Admiral Shellfish Company farm also provides oysters to the state.

“We set aside space on our farm and dedicate it to growing diploid oysters for the state to introduce into the wild population. And sometimes, when two of our oysters attach to one another and lose their market value, we donate those to the state as well,” he said.

He said that most importantly, they’re out on the water every day paying attention to the conditions and health of the water and ecosystem and can report issues they observe to state biologists in a timely manner.

“State biologists are only able to get out there on a set schedule, but we’re out there every day,” Ricciardone said. “We can alert them to changes or issues more quickly because we are on the water all day every day.”

Bannon praises oyster farmers for their assistance in helping to improve the status and habitat of the wild oyster.

“Our oyster farmers are not narrow-minded people,” he said. “Most have been in the fishing or science community for years. They’re not farming oysters just because they want to make money. They love working with marine life and doing things that make the environment, their products, and the state better as a whole. They want to make sure all they do is contribute in a positive way.”