Fishing guides fish when they have clients, not when conditions are perfect for angling. That’s why long-experienced tournament-winning captains like Bobby Abruscato of Dauphin Island, Alabama, have learned to adjust their tackle and tactics to whatever a day on the water requires for success. One of the most important things these guides need to know are the benefits of mono vs braid vs fluorocarbon fishing line and the situations in which each needs to be used.

One aspect of angling that can change rapidly is water clarity, especially in a big, riverine estuary like Mobile Bay where Abruscato plies his trade. Upstream rains can bring seemingly endless murky water down into the bay, while periods of calm, dry and cold weather can rapidly clarify the waters. Saltwater can push way up into the delta when rain is absent or with steady south winds, and that also affects the clarity.  High salinity also helps bring the saltwater fish up the bay, while a big push of fresh water pushes them back south.

Particularly in the colder months, Abruscato says many trout and reds go into the tannin-stained bayous and coastal rivers where the water often looks like strong tea, clear but stained a reddish black.

The guide stays tuned to what works thanks to his steadily-booked charter service. And he changes out not only his lures as the water conditions change, but also his lines in order to keep his anglers on fish.

“I like monofilament for topwaters because it floats,” Abruscato said. “Fluorocarbon sinks, and that can have an effect on how some lures work—it’s subtle, but it can make a difference in the number of bites my clients get over the hours of the day. A fish here and a fish there and three or four anglers casting—that adds up in a day.”

Monofilament is also relatively low-visibility compared to braid, he notes, though not as hard for the fish to see as fluorocarbon, and it has a significant amount of stretch. 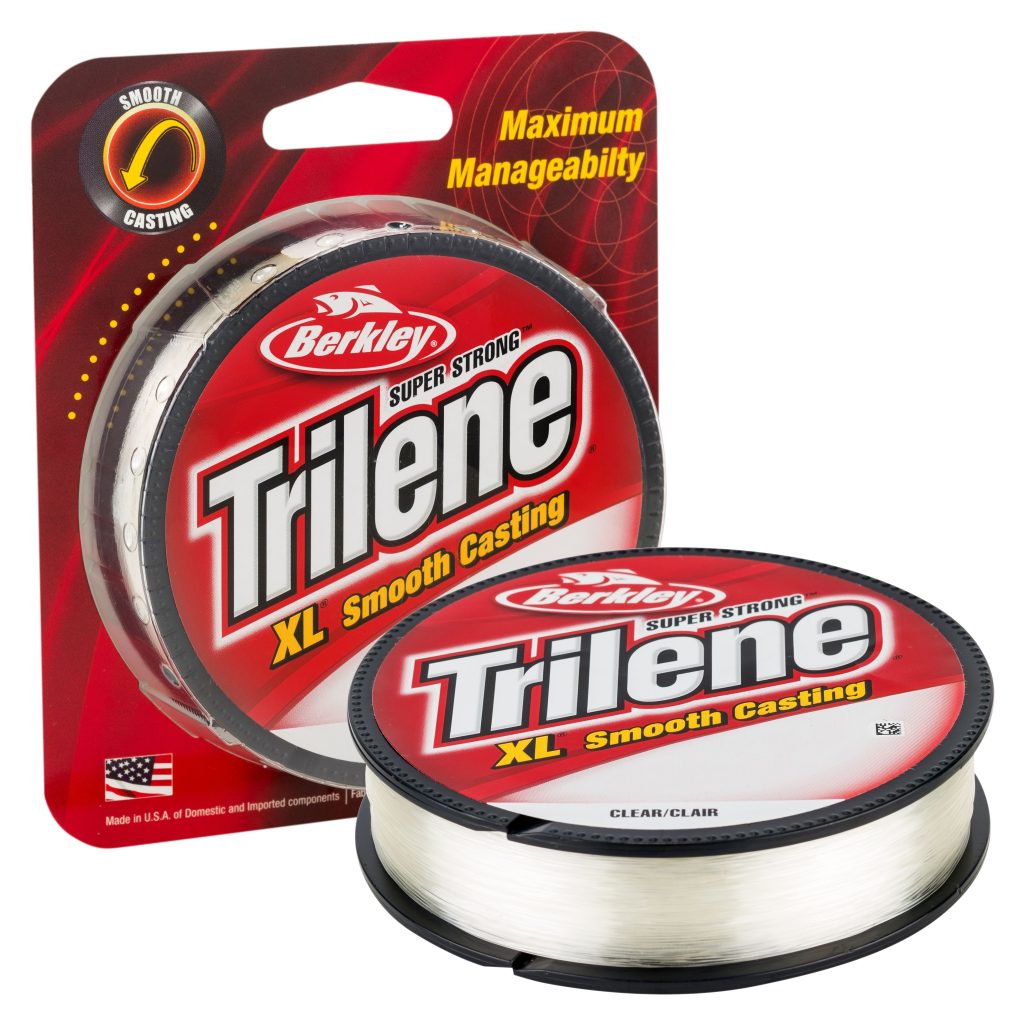 Even on reels using braided line—which include all of the spinning reels he provides for his clients—he adds a couple feet of monofilament leader if throwing topwaters is on the menu.

The mono is tied to the braid with a double-uniknot, a fast and easy tie with good holding power.

Braided Fishing Line for All Around Spinning Use

Bobby notes that he uses braided line on the dozen or so spinning rods he carries on each charter trip.

“For my clients, spinning is just a lot easier to learn and to use without problems so unless they ask for baitcasters, I gear them up with spinning tackle,” he says. “And braid is just better on spinning for what we do here on the coast.”

Most of his rods are rigged with 12-pound-test Berkley Nanofil, an exceptionally slick and thin type of braided line.

“The Nanofil gives my customers great distance on casting, and it tests way over 12 pounds, so there’s plenty of power there when we need it on a big red or a jack,” he says. “Plus, by the nature of braid, it doesn’t twist and cause spool knots the way that monofilament or fluorocarbon will if you crank the reel when a fish is taking line, which is not uncommon when I guide folks with minimal saltwater experience.”

Like most guides, Abruscato also likes the fact that braid far outlasts mono and fluoro, even under heavy action.

“It used to be that one of the jobs after a really good day of catching would be to change out the monofilament on all the spinning reels. But with the braid we can fish for months without having to change line,” he says. “It costs more to start with, of course, but it’s way more economical and less work in the long run,” he noted. 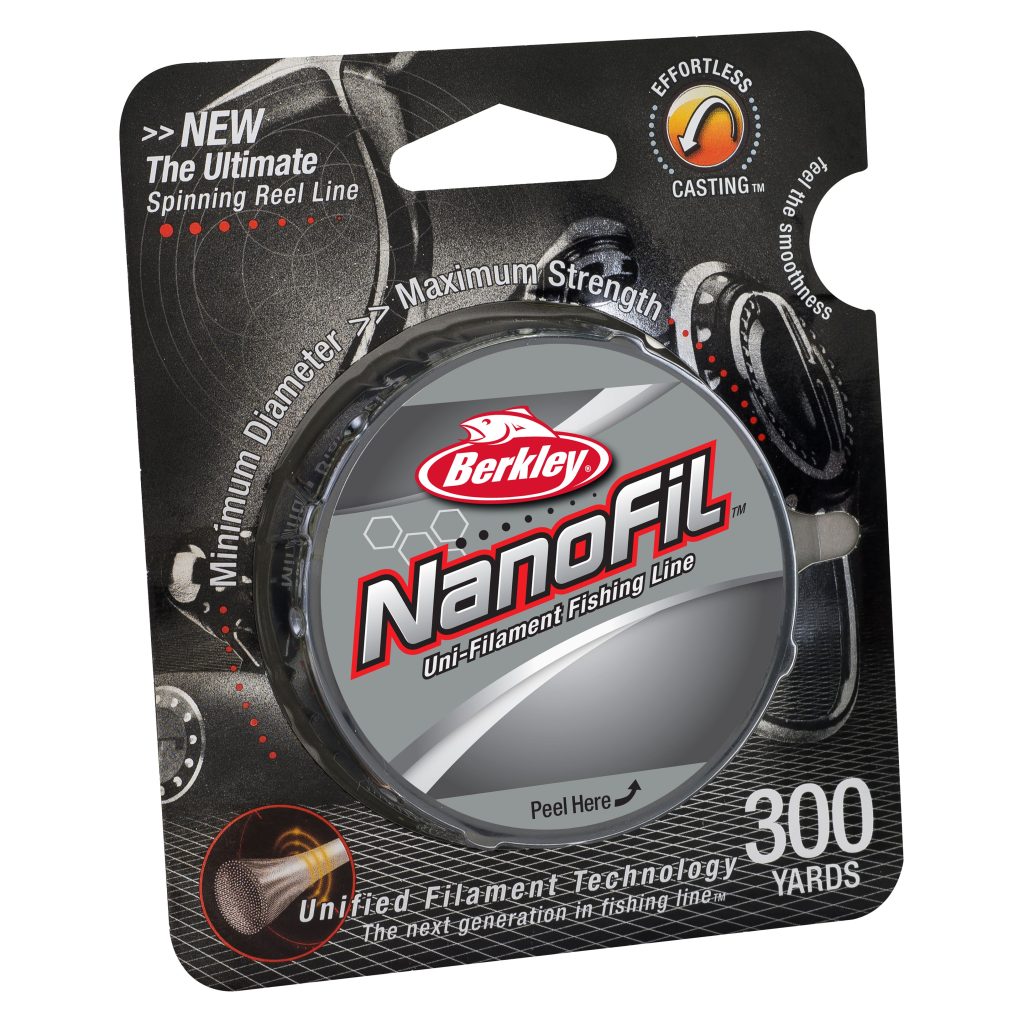 He said he typically uses a leader of 20-pound-test Trilene 100 Percent Fluorocarbon about two feet long, again tied in with double uniknots.

“For general use and average water clarity, I like the 20-pound-test leader, but when it gets really clear in winter or sometimes after a long time without rain or strong winds, I’ll go down to 15-pound-test,” he says. “The lighter line is not only harder to see, it’s more flexible, so that gives a lure or live bait better action.”

He said he likes the braid when used with a popping cork and live bait or an imitation shrimp like the Vudu Shrimp because it gives long casts and lots of authority to get a big “pop” out of the cork, as well as to set the hook on a long cast.

Braid is also preferred by some anglers who fish topwaters for big trout and reds when the fish are in the shallows in spring and fall. Again, the no-stretch quality gives the lure exceptionally sharp, fish-attracting action when the rod is twitched, and hook sets on a long cast are much easier than with stretchy monofilament.

Not only that, but when real jumbos like bull reds are hooked up, the braid allows getting them to the boat in a reasonable length of time, something that can be very difficult with mono unless heavy tests are used.

(Note that while Bobby Abruscato likes a short fluoro leader, many other expert anglers now opt for a rod’s length leader, which allows them to cut off multiple lures and re-tie before having to change leaders. Preferred length is typically just enough to put a wrap or two of fluoro around the spool.)

Abruscato and many other expert anglers like fluorocarbon fishing line for leader material both because it’s nearly invisible underwater and also because it has a very hard surface compared to most monofilaments, making it more abrasion-resistant to the teeth and jaws of gamefish. 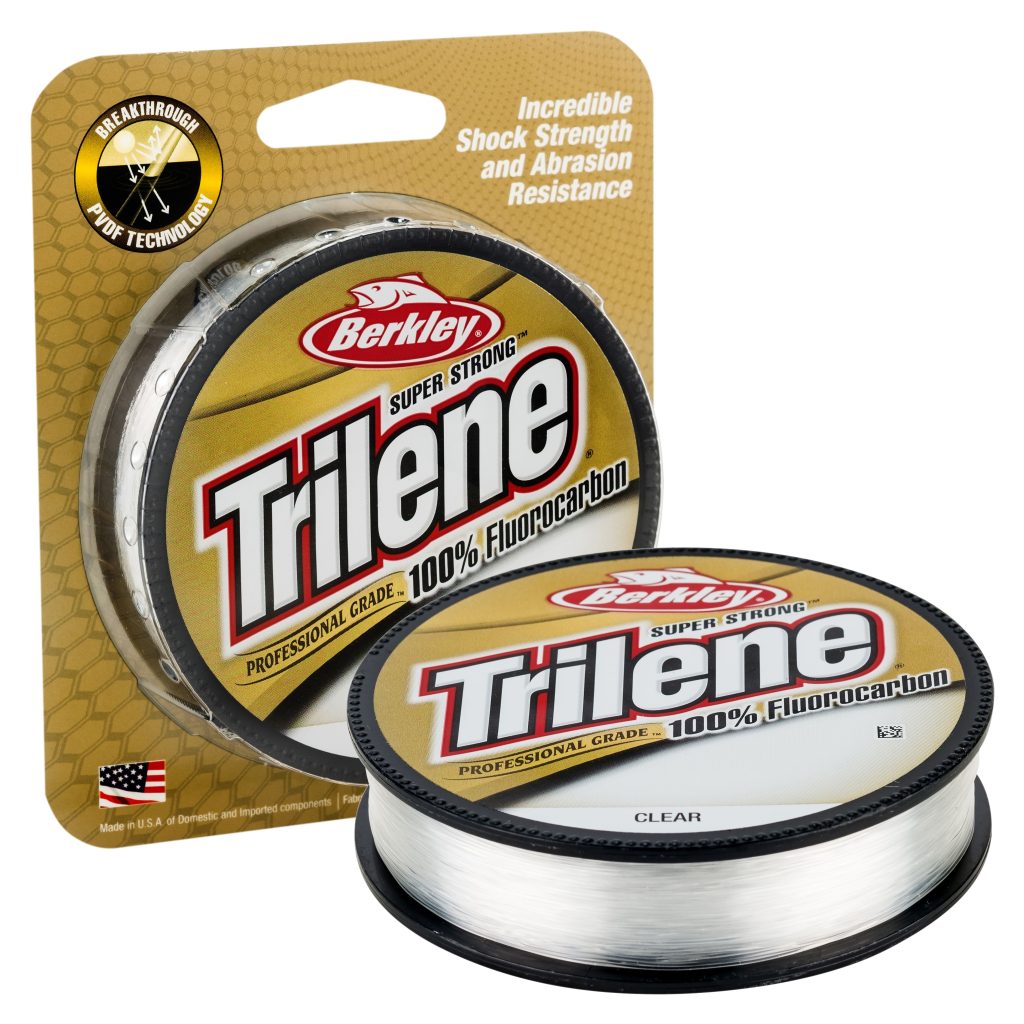 And new versions of fluorocarbon fishing line now have the flexibility to act as running line, as well.

“For my own fishing, if I’m throwing a jerkbait or a Slick Lure, which I throw a lot, or a jig, I prefer straight Trilene 100% Fluorocarbon Pro Grade on a baitcasting reel. That gives me the best combination of a quick-sinking line with minimal stretch and low visibility, and for me it’s a lot less likely to backlash than braid on a revolving spool,” Abruscato said.

Conversely, subsurface baits will go deeper with fluorocarbon. And it has minimal stretch, though more than braid.

For fishing jigs, the fluorocarbon fishing line not only lets light jigs quickly hit bottom, but also gives the angler a better feel for soft-striking fish, and more authority in setting the hook.

The Slick Lure has a cult following these days along the northern coast of the Gulf of Mexico from Florida to Texas and guide Bobby Abruscato is one of its biggest fans.

“I have my clients fish the Slick Lure a lot–it’s just behind live shrimp on my boat. I’m not sponsored by them but those baitfish imitations just flat catch ‘em so I buy them. I fish subtle colors in clear water, bright chartreuse colors in dark water. You get the right conditions and those lures will out fish live bait. I like that you can catch dozens of fish on one lure, too—that’s unusual for a soft plastic,” Abruscato said.

The 4.5” models are typically fished on Owner Beast or Gamakatsu Spring Lock 4/0 to 5/0 widegap hooks making them snagproof but not fishless. The slim profile and ½ ounce weight allows exceptionally long casts with the lure, even against the wind.

They work best in one to four feet of water, and they’re fished like most jerkbaits, with two or three sharp twitches to create a darting back-and-forth motion, followed by a brief slack line to allow the lure to drift down toward bottom before repeating the motion.