Rainbow Trout Stocking In Your Pond

Rainbow Trout Stocking In Your Pond

Fall in Alabama brings a welcome sigh of relief from the sweltering heat of summer.  It also shepherds in the long-awaited hunting season. The degree of the cold and crispness of fall mornings depends on where in Alabama you are. Still, sitting on a deer stand, still hunting, in a ground blind or up in a tree, getting a little “cold bite” for a change is a blessing in and of itself, regardless of how successful you are. Fall also ushers in an uptick in fishing action.  Cooler days mean that you can stay out on the water longer and it also means that the fish are getting friskier looking to pack on weight, so now is the time to do some rainbow trout stocking in your pond.

The Great Days Outdoors Alabama Freshwater Fishing Report recently featured Norman Latona, president of Southeastern Pond Management, which specializes in helping lake and pond owners manage their aquatic resource for maximum fish development and recreational enjoyment. You can listen to that episode below.

The decreasing temperatures in the fall means that SEPond needs to hustle and make sure that forage is delivered for maximum health and productivity during the colder months. While stocking threadfin shad is a given at this time of year, intermediate size bluegill come roaring back into priority play. 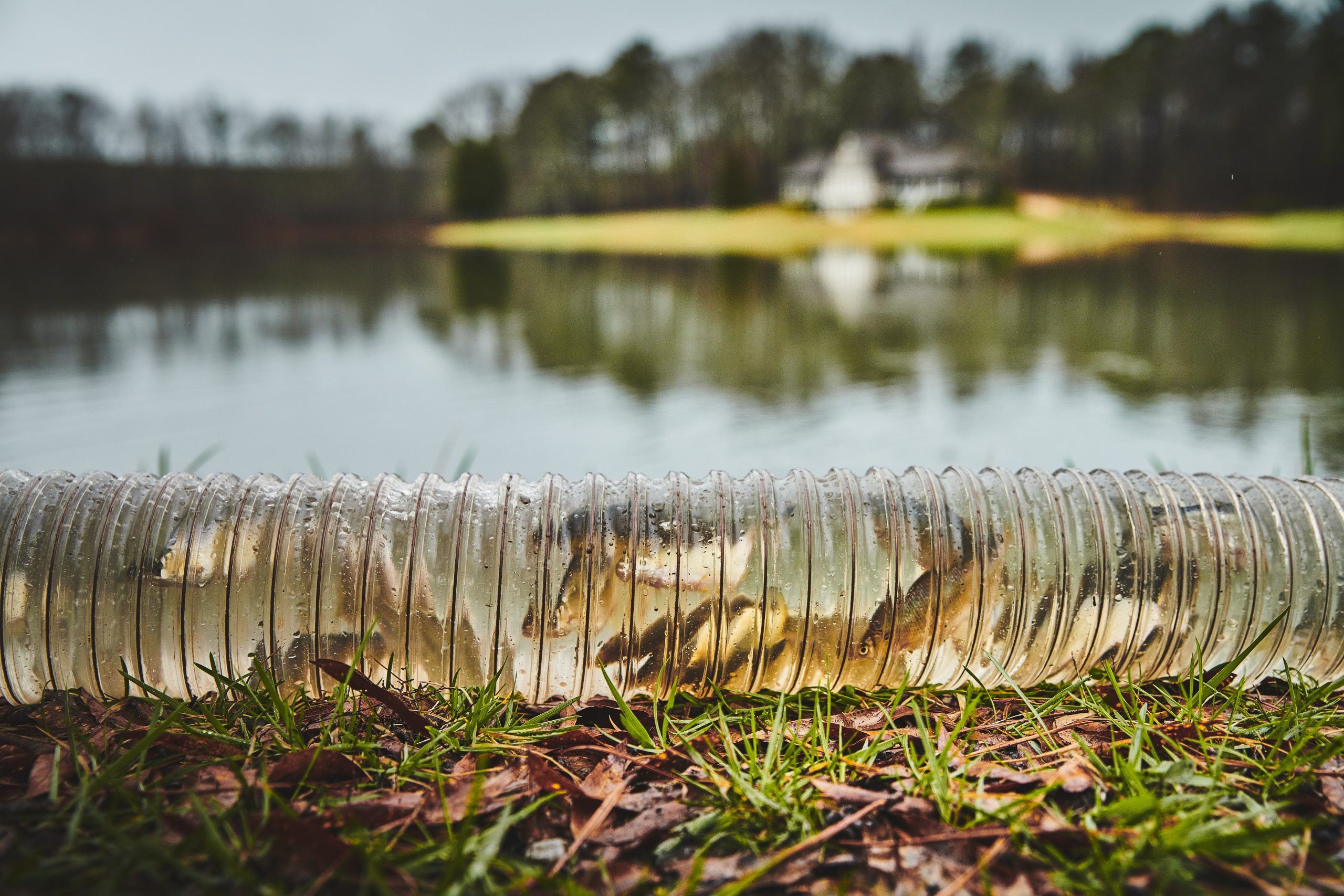 Bluegill and threadfin shad get the highest marks for sustainable forage fish in large part because of that reproductive capacity.

“We stock a lot of forage fish at this time of the year and our priority is to get those fish in a pond before it gets too cold and maybe even get another spawn out of them,” Latona said.  “We stock bluegill in the spring but after around May we leave them alone and let them grow but we have a nice little window in the fall where we can handle them safely again.”

Latona explained that the term “intermediate bluegill’ refers to a bluegill that is three to five inches in length and is a decent chunk of food for the voracious largemouth bass eating machine.

“An intermediate bluegill is a suitable size prey for a hungry largemouth and it’s large enough to do them some good,” Latona said.  “The really important distinction is that those size bluegills are not only good pieces of food but also sexually mature.  That means that if it does get eaten it provides a lot of nutritional value and if it doesn’t it provides a more long-term benefit because it is going to reproduce quickly.”

Latona emphasized that bluegill and threadfin shad get the highest marks for sustainable forage fish in large part because of that reproductive capacity.

“Bluegill will spawn roughly every 30 days and if the water temperature stays in the high 70 and low 80-degree range they will keep spawning all the way through early fall and they are the only type of bream that has multiple spawns,” He said. “Threadfin shad also have a multiple spawning capability.  I’ve witnessed threadfin shad spawning in December and January and that amount of reproduction obviously translates into a lot of food.”

While SEPond stocks a number of different species, there are three that deserve special mention; crawfish, tilapia and rainbow trout. 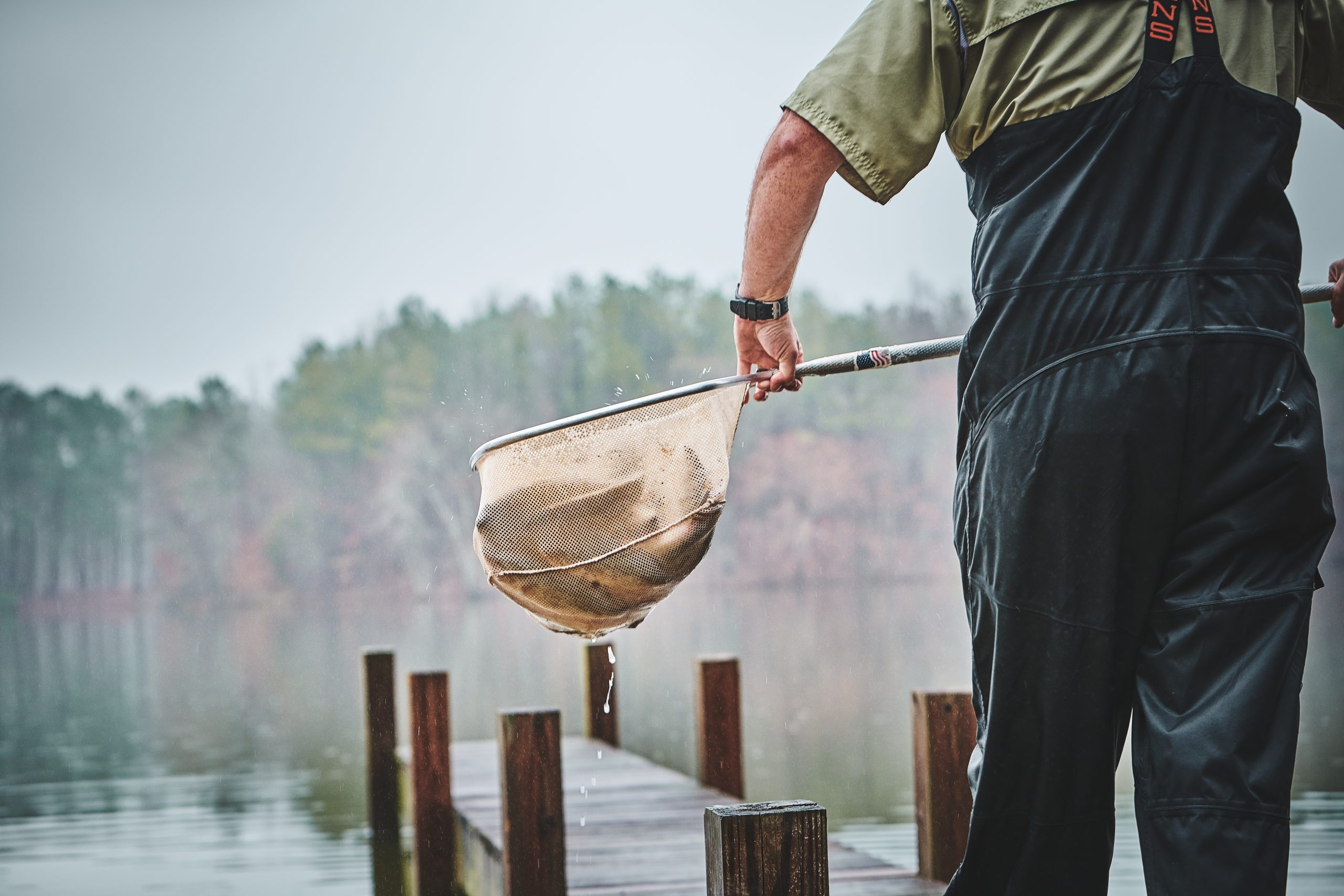 Rainbow trout in this are stocked at a size ready to catch and eat, allowing for immediate fun to be had.

“We stock a lot of crawfish in the spring.  They are relatively inexpensive, high in protein and bass love to eat them,” Latona said.  “We stock a lot of tilapia, mixed sexes and they will spawn every 18-20 days as long as the weather is warm but they don’t survive cold weather.”

“Once the water gets down to the high to mid-40s for any period of time you will see tilapia start dying off or getting eaten simply because they start slowing down and become easy targets.  The predator bass just pick them off,” Latona pointed out.  “With trout we get into the opposite.”

While rainbow trout aren’t usually associated with warm water environments, Latona says that when the weather gets colder there is a demand for stocking rainbow trout to be used as a “put and take” type of fishery, just to add some variety to the lakes.

“They’re a lot of fun to catch, are great to eat and we stock them at a size that they’re immediately catchable.  In fact, we can stock them up to three, four or even five pounds apiece,” Latona said. “Typically, we stock fish that are about a pound each and then we use supplemental feeders, just like we do for bluegills, through the late fall and winter.”

Trout possess a number of traits that make them ideally suited for use in ponds. First, they are eager and aggressive feeders and will take a wide variety of baits and lures all winter long. Once hooked, trout are great fighters, often leaping from the water in wildly acrobatic displays. 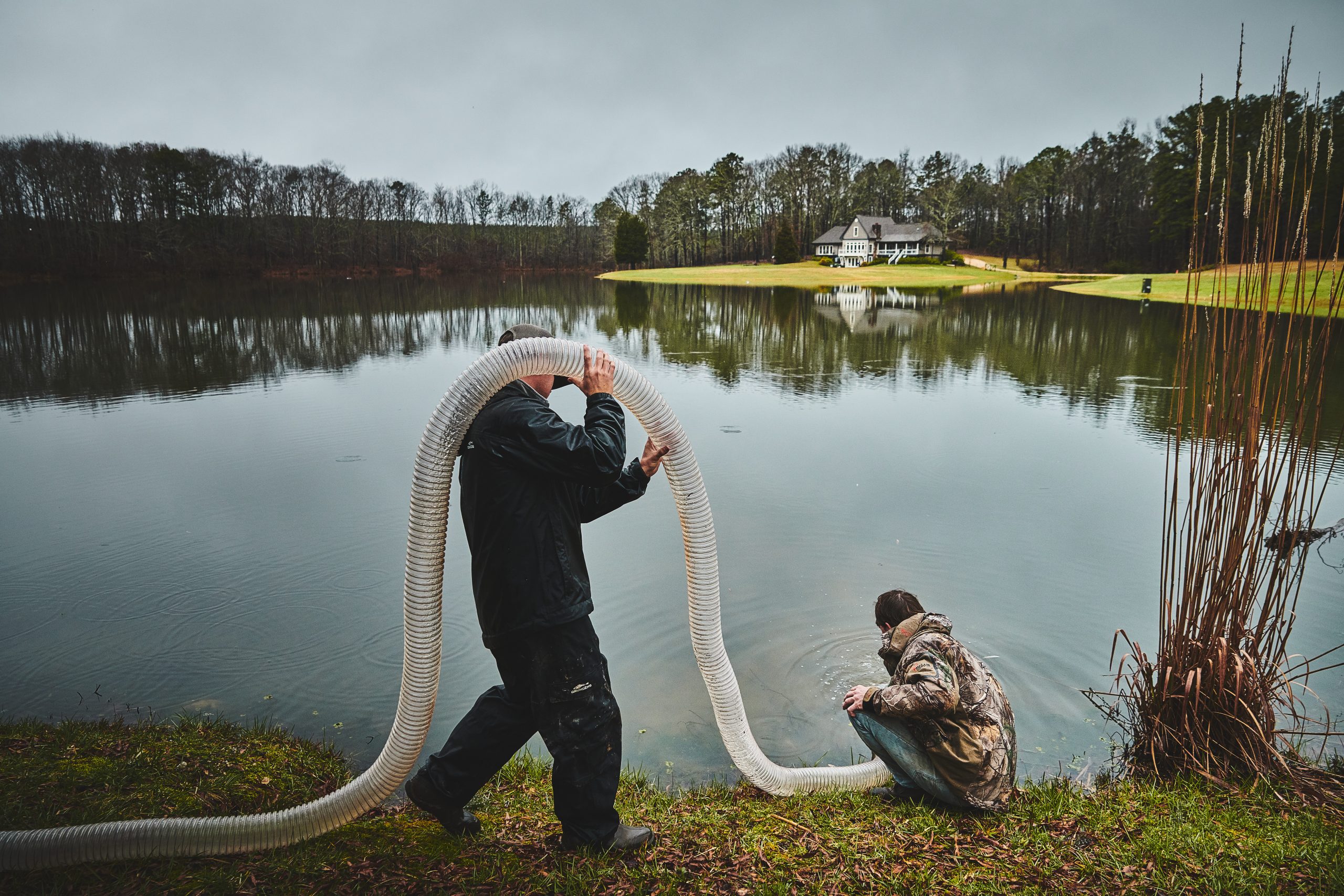 A pond owner can stock and grow rainbow trout for at or less than it would cost to buy them at the grocery store.

In addition, they grow quickly when fed a high protein artificial food. Trout feed conversion rates can be close to 1:1 on such a diet, meaning that each pound of feed they consume translates to nearly a pound gain in body weight.

Latona said that rainbow trout that are stocked in November, preferably prior to Thanksgiving, will typically survive through April and even May, depending on the water temperature but they will die off in the summer.  That is just the opposite of the life cycle of tilapia.

“Normally, by the end of April and the first part of May in the Deep South, water temperatures will approach 70 degrees and the trout will struggle and you will lose them,” Latona said.  “The good thing about trout is that they are long and slender and you would be surprised what a five- or six-pound bass can eat when it finds a rainbow trout that is stressed out from high water temperature and hardly moving.”

“Some of these large bass can get a one-pound trout down their throat and they take advantage of them while they can,” he added.

Latona points out that while species like rainbow trout and, to a lesser extent, tilapia may not reproduce at the frequency of bluegills or threadfin shad, depending on the stocking density, a pond owner can stock and grow them for at or less than it would cost them to buy at the grocery store.

“We say, particularly for tilapia, you get fish that are producing tons of food for bass all through the growing season and they are pretty easy to harvest and, if you like to eat them like I do, you are getting the best of both worlds,” Latona said.  “It also is not unusual for trout that started out at a pound in November, being fed, to end up being two or three pounds in April.”

Since rainbow trout that are stocked in warm water environments have a finite life expectancy when the water heats up, it presents an opportunity to provide some short-lived forage for fattening up bass.

“We occasionally will use trout as forage when we have some smaller trout in the spring and early summer before it gets too warm for them to survive,” Latona said.  “We will stock them as a dietary supplement because they are super rich in protein and the bass will suck them right down.”