Tandem Fishing Kayaks: Is Two Better Than One?

Tandem Fishing Kayaks: Is Two Better Than One?

For many kayak anglers, the ability to take someone else, a buddy, a spouse, or a younger kid along on paddle fishing adventures seems like a very good idea. Tandem fishing kayaks, that is, kayaks designed and built to seat two people safely and comfortably, make these double-up kayak trips possible. 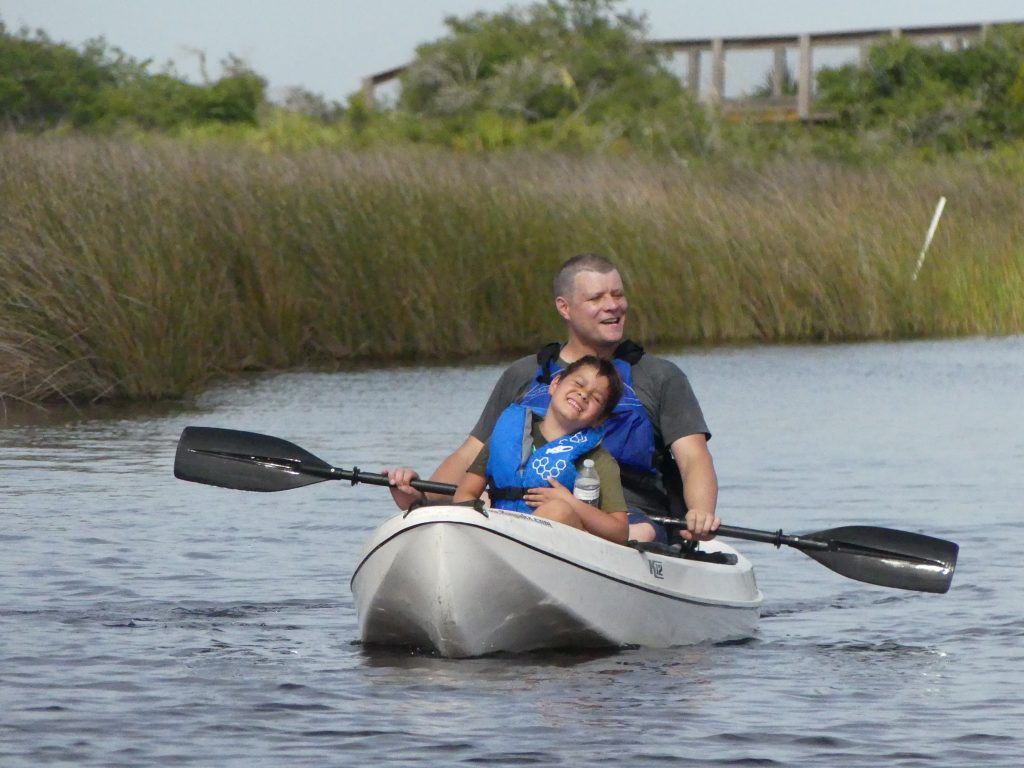 A tandem kayak is a nice way to spend some time with a loved one on the water. It’s also a great way to introduce them to kayak fishing.

Although single and tandem kayaks are basically the same kinds of boats, there are some differences that potential tandem users need to be aware of.

Both single and tandem kayaks offer some great opportunities for fishing use, and both singles and tandems are pretty easy to load and transport.

Tandems tend to be longer and heavier than singles, but they are still quite usable for car-topping use with easily mounted car roof top kayak carriers. In fact, having two people to load and unload a tandem kayak can be much more effective than one person struggling with a single.

Of course, in addition to being larger and longer than singles, tandems are more expensive when purchased new. Here’s a comparison of current popular single vs tandem fishing kayaks on the market. Wilderness Systems makes some great kayaks.  Their Tarpon 120 single kayak sells new for about $959. Their Tarpon 135 Tandem will set a buyer back $1,159.

So a tandem kayak will cost a buyer more than a single, but keep in mind that one tandem will cost considerably less than two singles. If getting a couple of folks on the water and fishing at the lowest cost is a consideration, a tandem might be the best call.

Now, to be honest, the worst kayak I ever tried to paddle and fish from was a horrible tandem kayak my wife and I thought we’d like to spend time in. This particular tandem was heavy, hard to paddle, and very difficult to maneuver. This tandem was so difficult that when it was stolen off the porch, I didn’t even report it as stolen. I kind of feel bad for the fool who took it. 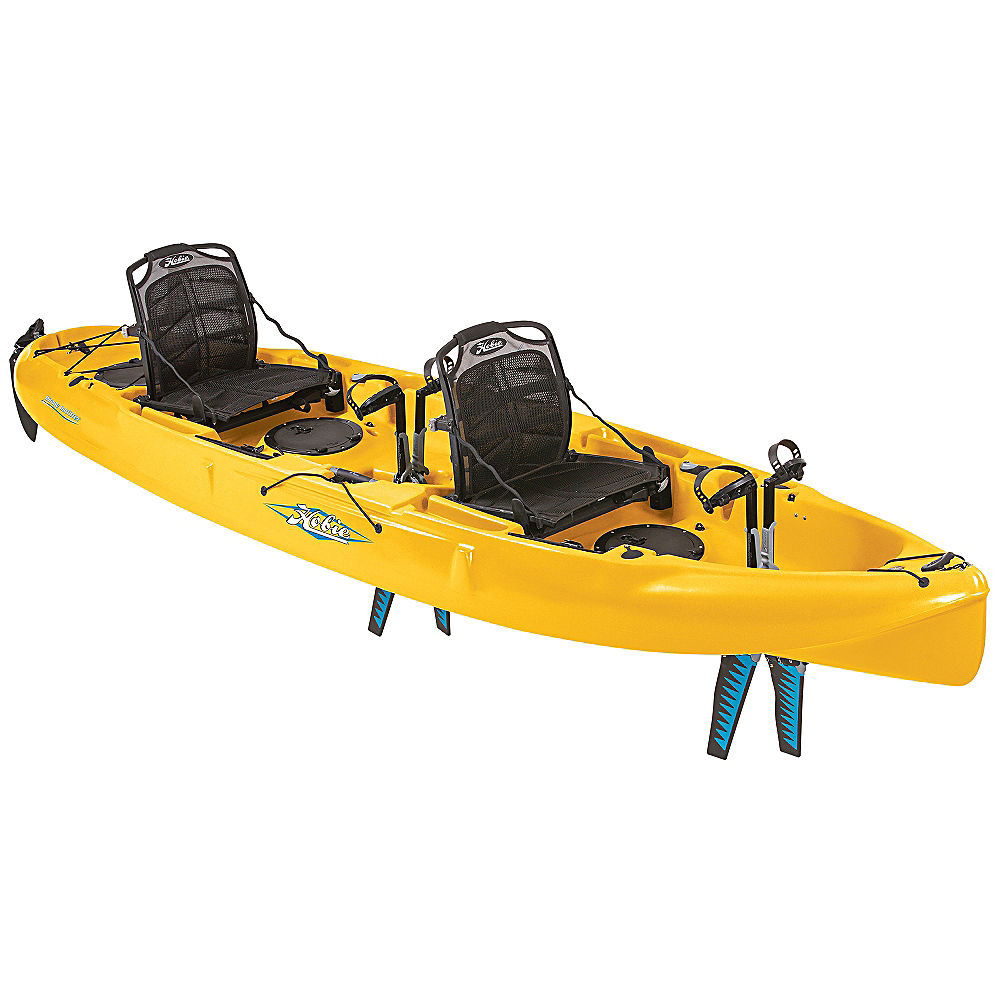 However, most modern tandems are much better than that awful old tandem, and the best tandem fishing kayaks are in fact very nice boats for paddling as well as fishing.

Perhaps the best kind of tandem kayak is one that can be converted quickly and easily from single to tandem. I have an old Kajun Custom sit-on-top kayak that comes with a removable front seat so the boat can go from a first-rate single fishing kayak to a two-seater in just a few moments, and it’s a very good kayak for fishing use.

Tandem kayaks can be quite effective fishing craft if the anglers involved understand the limitations of two people fishing from one kayak.

First, it is hard for both anglers to fish at the same time from a kayak. Most of the time, one angler, usually the one in the back, will be responsible for control and placement of the kayak for the person in front to do the fishing.  If the person in back is good with this, it can be a lot of fun.

Tandems can go basically anywhere singles can go, so the fishing locations for tandems is not limited, and two paddlers can move a kayak a long way if they can paddle together and coordinate their efforts.

A tandem kayak can be very good when it comes to fishing deeper structure, too. As the boat handler keeps the kayak in position over the reef or the log or whatever is below and holding fish, the angler in front can present a bait to the fish and not have to worry about keeping the kayak in position. This can result in some big fish being caught.

Tandem kayaks can be good when used to fish around docks. Shooting small jigs up under docks can best be done from a low position which is what a kayak offers and a tandem can be slowly and silently moved along the dock structure so the lure can be put before unaware crappie.  A pair of anglers in a tandem kayak can really mop up on crappie holding under dock structure.

Also, a tandem kayak can be very good when a big fish is hooked and needs to be landed. The angler in front can handle the rod and keep things under control while the person in back works to safely lip or net the big fish and get it aboard or prepared for in- the- water release. Some big bull redfish in the Gulf and some large bass in heavy-cover lakes have been safely landed and released from a tandem kayak that I’ve been involved with.

Best Use For Tandems

Probably the best use of a two seater fishing kayak occurs when the pair of anglers work the kayak slowly down a shoreline so one of the anglers, usually the one in front, can cast to good cover.  The paddler not fishing can hold the kayak in position or slowly move the boat down the shoreline. This can be extremely productive.

Tandem kayaks are great for situations where the angler in back is experienced and has a bit of knowledge and the person in front is a beginner in the kayak fishing game.  This allows the beginner to get advice, direction, and in some cases recovery from errant casts from the more experienced person in back. This is a much safer arrangement for kids when they’re just learning to fish from a paddle boat.

Also, the paddler in back can help re-rig and get a less experienced angler back in the game when hang-ups and lost lures and bait happen.

Sometimes in the paddle fishing world, two can be better than one. 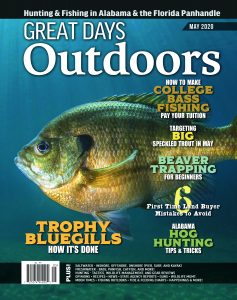 This article first appeared in the May 2020 print issue of Great Days Outdoors Magazine. For more great hunting and fishing content for the deep South, subscribe to Great Days Outdoors print and digital editions or click the image to download this issue.