Thirty years of scientific research in the fields of marine and molecular biology have produced an attractant that will make bass bite and could work as an Uncle Josh Pork Rind replacement. Sound impossible? Read on to learn more.

Phillip Criss of Albertville, Alabama, has guided for bass for 38 years and today guides on Lake Guntersville, in north Alabama, one of the top 10 “big-bass” lakes in the nation that’s also known for an abundance of bass. Criss was asked to field-test Fishbites Bob’s Your Uncle Scented Bait Strips, a product with 30 years of scientific research and study associated with it to make it one of the best make-a-bass-bite baits anywhere. Criss fished these strips for three months as an independent angling researcher to field test them and give an honest report of what he learned about whether Fishbites Bob’s Your Uncle Scented Bait Strips made bass bite and could work as an Uncle Josh Pork Rind replacement. 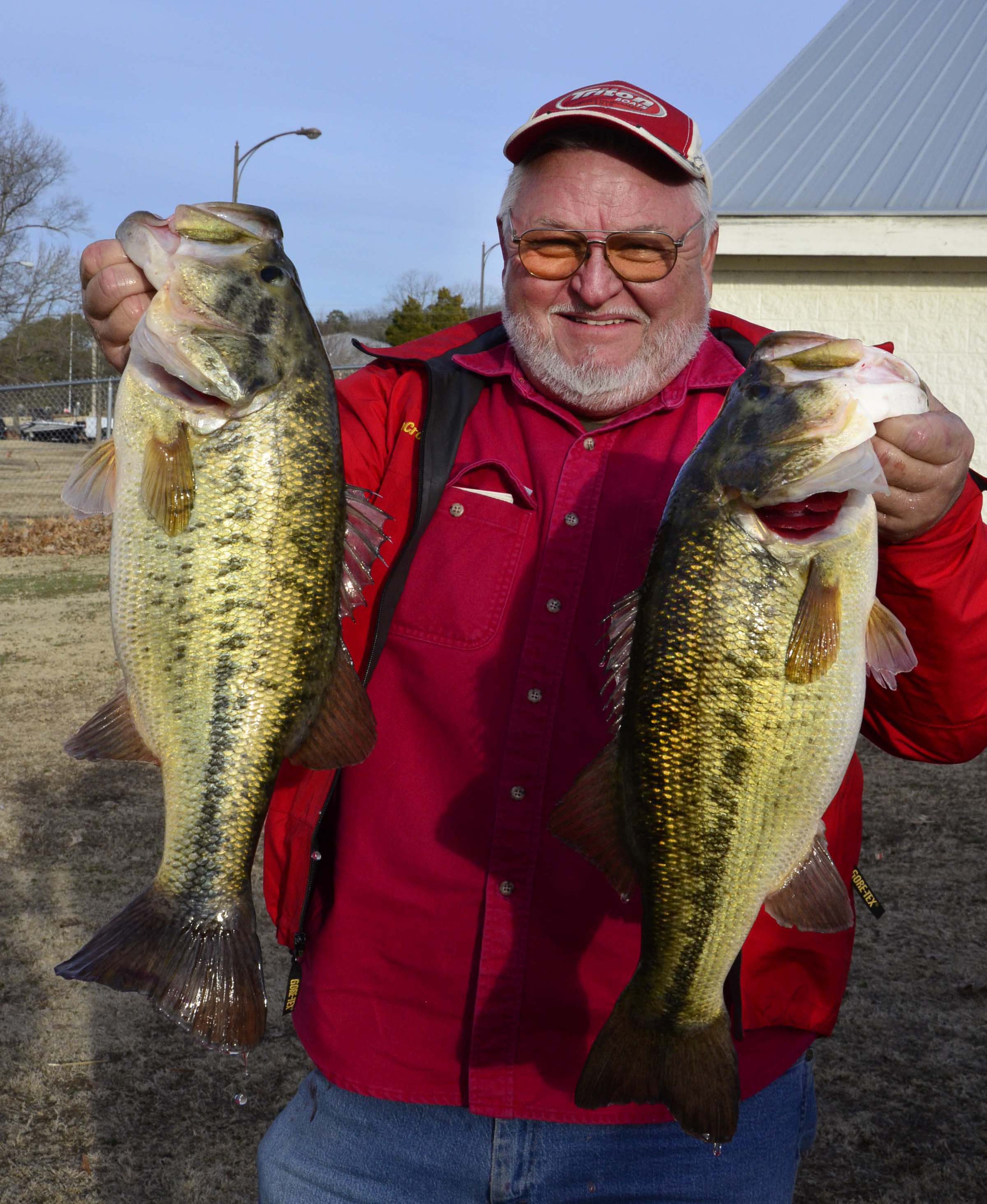 Pictured here is guide Phillip Criss, who fishes 200+ days per year at Lake Guntersville in north Alabama and produces bass like this regularly.

“The week before this interview, I had one of my clients at Lake Guntersville catch an 8-pound, 2-ounce bass and a 7-pound, 12-ounce bass,” Criss explained. “Then two weeks before this report, I had a customer catch a 10-pound, 3.2-ounce largemouth. Guntersville homes numbers of big bass. Although I don’t know what Bob’s Your Uncle strips are made of, they’re very soft and supple trailers like the old Uncle Josh Pork Rind trailers were. But these strips seem to have many more benefits than the pork trailers had.”

“In this test, I used a Fishbites Bob’s Your Uncle strip as an Uncle Josh Pork Rind replacement, so as a trailer on a jig for punching grass mats and flipping vegetation,” Criss reported. “I also fished it on a swim jig and a spinner bait and experimented with using this strip with a rubber frog. With more lakes having aquatic vegetation in them today, frog fishing for bass has become very popular. However, when a bass attacks a frog, about two out of three times, you won’t hook the bass, because the fish won’t hold onto the frog long enough to get the lure deep enough in its mouth to get a good hook-set. 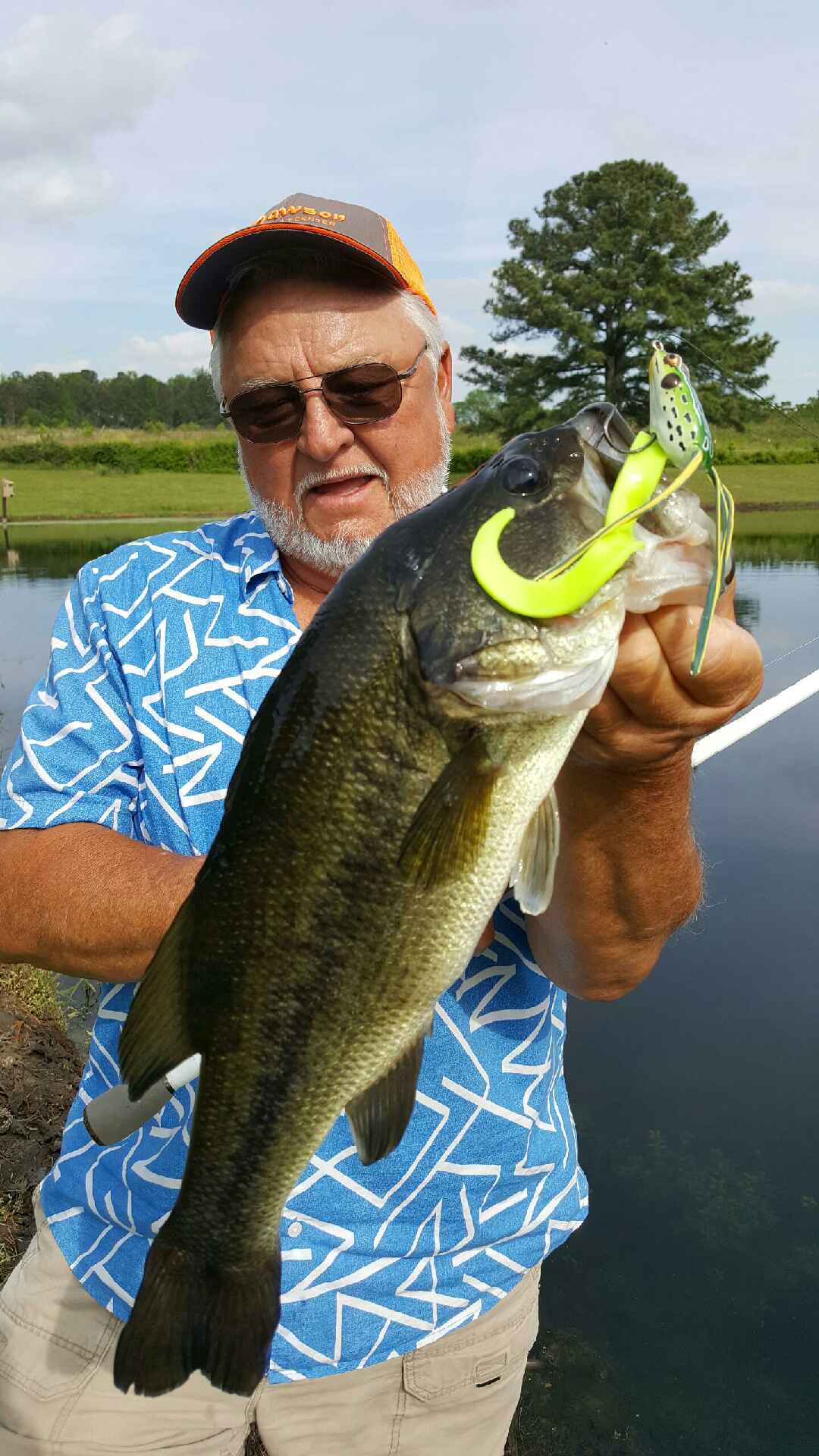 ”I put Fishbites Bob’s Your Uncle Scented Bait Strips on a rubber frog, and learned that they caused bass to bite and hold onto the frog longer, allowing me to get better hooksets,” Phillip Criss explained.

But with the Bob’s Your Uncle Scented Bait Strips, I’ve learned that the bass will hold on longer, and our catch ratio has gone up. I’ve also noticed that when you pull the frog into a hole in the grass or to the edge of the grass and stop the frog, the strip continues to move. I don’t know whether the bass thinks the frog is about to move or jump when it’s sitting still on the water with the trailer still wiggling.”

However, I caught five bass on consecutive casts with this technique fishing the grass at Guntersville. Next I took the strip off the frog and made five more casts to that same section of the lake and only caught one bass. 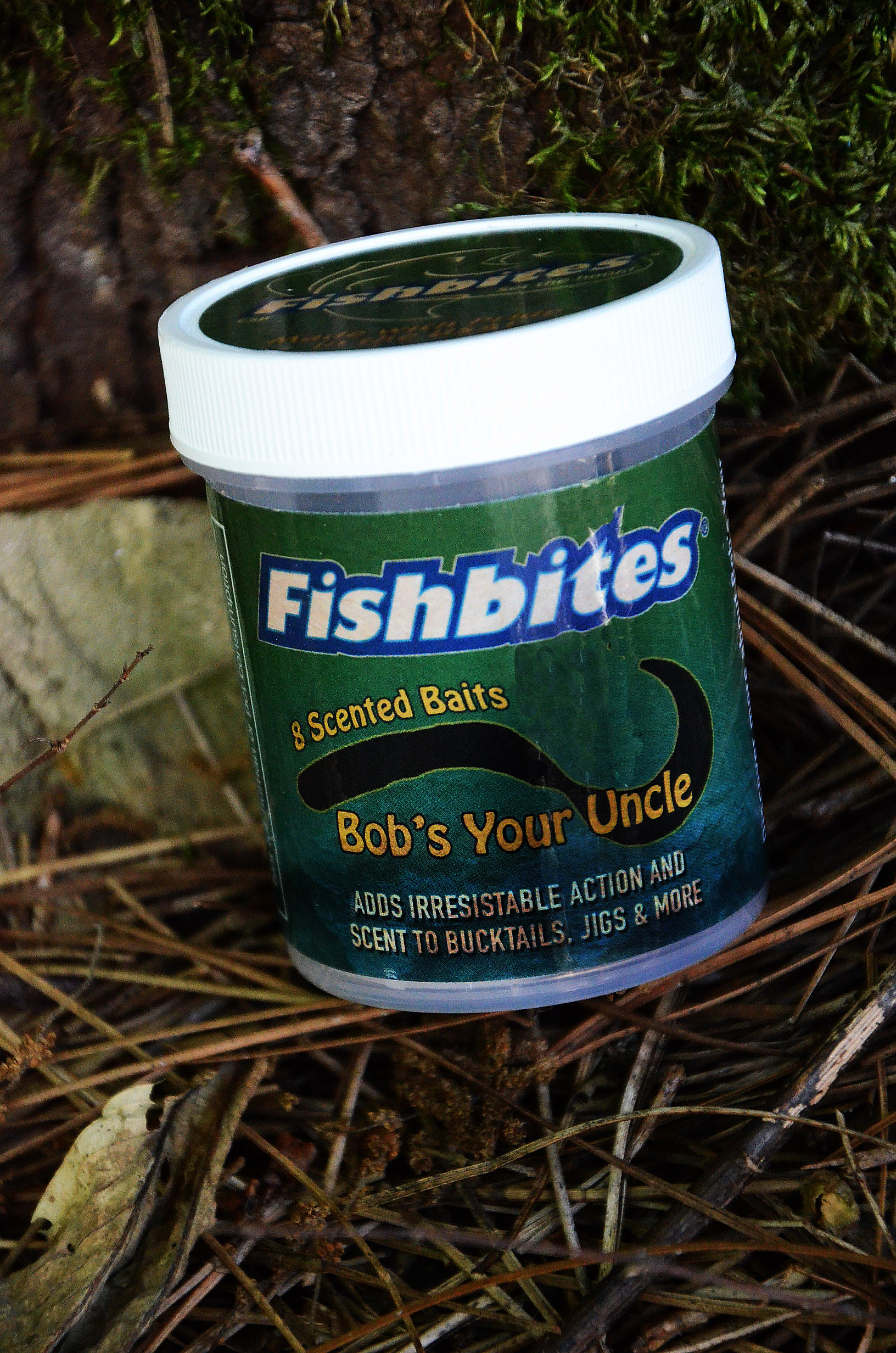 Pictured is a jar of Fishbites Bob’s Your Uncle Scented Bait Strips.

I fished three colors of Bob’s Your Uncle strips, pink, white and chartreuse, and all three colors of trailers seemed to work equally well. To determine how potent the scent on this strip was, I fished a strip on spinning tackle with just a hook. The strip was too light to cast with a baitcasting rod, however, on spinning tackle, I was surprised at what I learned. Just swimming the Bob’s Your Uncle strip through and around grass, logjams and other types of cover, I found that the bass seemed to want to eat it up,” Criss said.

“I put a 1/16 ounce weight in front of my hook too and also cast the Bob’s Your Uncle strip into holes in the cover, using my rod tip to twitch it. The bass ate the strip like that. So, I realized that the strip didn’t have to be a part of another lure but actually could produce bass when I fished the strip by itself.”

“I’d seen an angler many years ago casting an Uncle Josh Pork Rind on a hook. When I received the Fishbites Bob’s Your Uncle strips, I decided to try that technique on this swimming type of trailer. I found it paid bass dividends. By fishing a strip on a single hook on spinning tackle, you didn’t have to have hardly any rod-tip action to make that bait move. 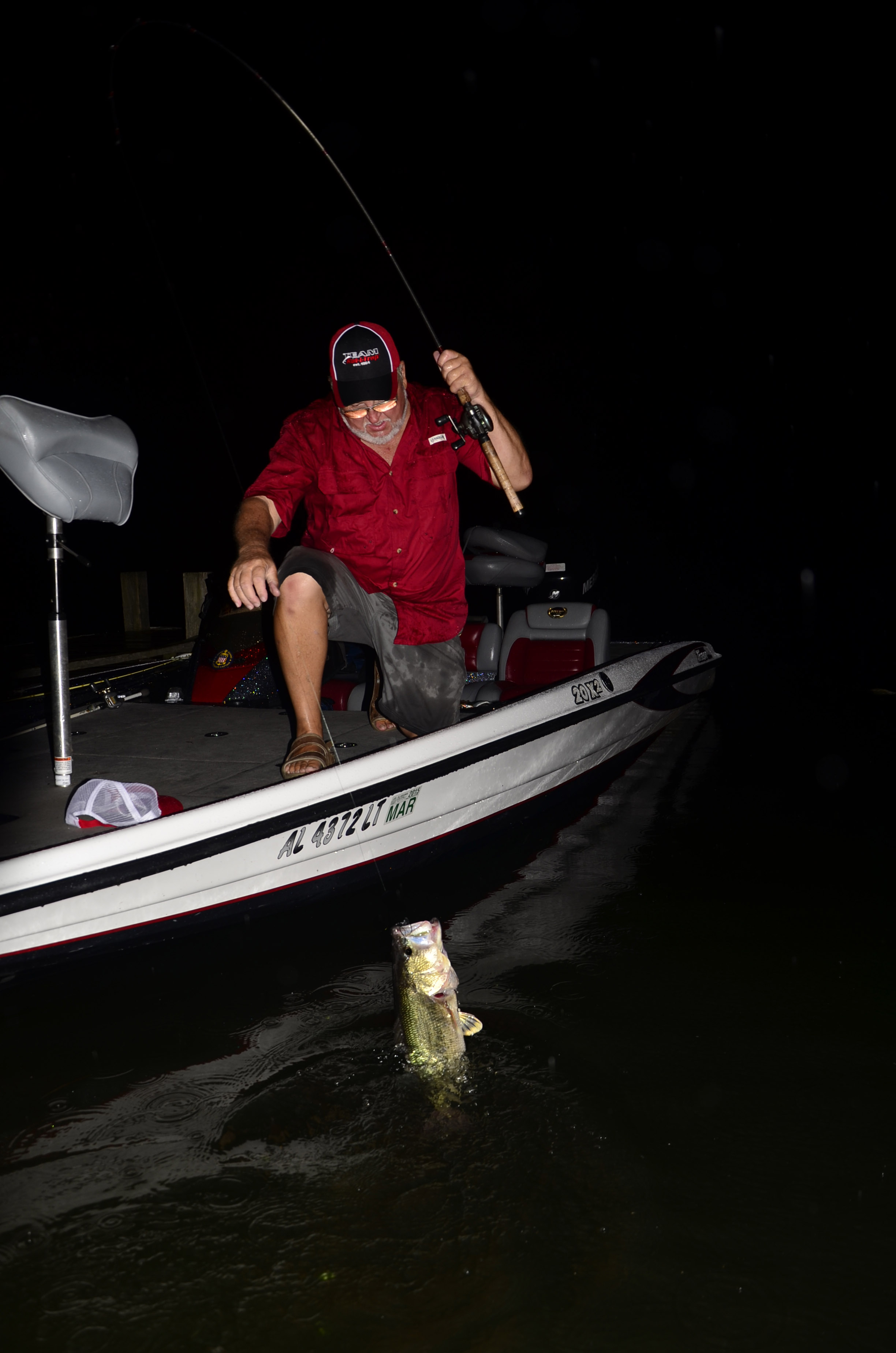 “In hot weather when most folks are night fishing, I use Fishbites Bob’s Your Uncle Scented Bait Strips on my lures to get more bites and catch more bass,” Phillip Criss explains.

“Something else I like about this strip is you can take scissors and split its tail to give it more action. Or, if the bass are short-striking you can shorten it up. As you can see, the Bob’s Your Uncle strip is a very versatile lure. I also found that these strips didn’t dry out like the Uncle Josh Pork Rind would, and they were easy to take off a hook and put them back in their original jar.

“I think one of the biggest advantages of fishing the Bob’s Your Uncle strips is that I have more time to set the hook when a big bass bites, an especially-important factor when I’m fishing vegetation with 50-60 pound braided line. I know that due to the texture and the scent of the strip, a bass tends to take it deeper into its mouth. Then I can hesitate before I set the hook and catch more bass than I do when I try to set the hook immediately on the strike.

“Since my job is helping my clients catch bass, and on some days, the bass want to be hardheaded and not bite, those days are the ones when Fishbites Bob Your Uncle Scented Bait Strips really pay off for me. I know those strips help my clients and me get more bites and catch more bass on days when catching bass is very tough.

How to Bring Old Bassing Lures Back to Life

“Most bass anglers know bass can wise-up to a lure, so for that reason, I fish numbers of old lures that always have caught bass and still will catch bass today, since the bass rarely see them,“ Criss said.  “I’m a big fan of Hildebrandt’s Snagless Sally, a single-spin, inline spinner bait. When I use a Fishbites Scented Bait Strip as an uncle josh pork rind replacement on the back of this old lure, the bass attack it. 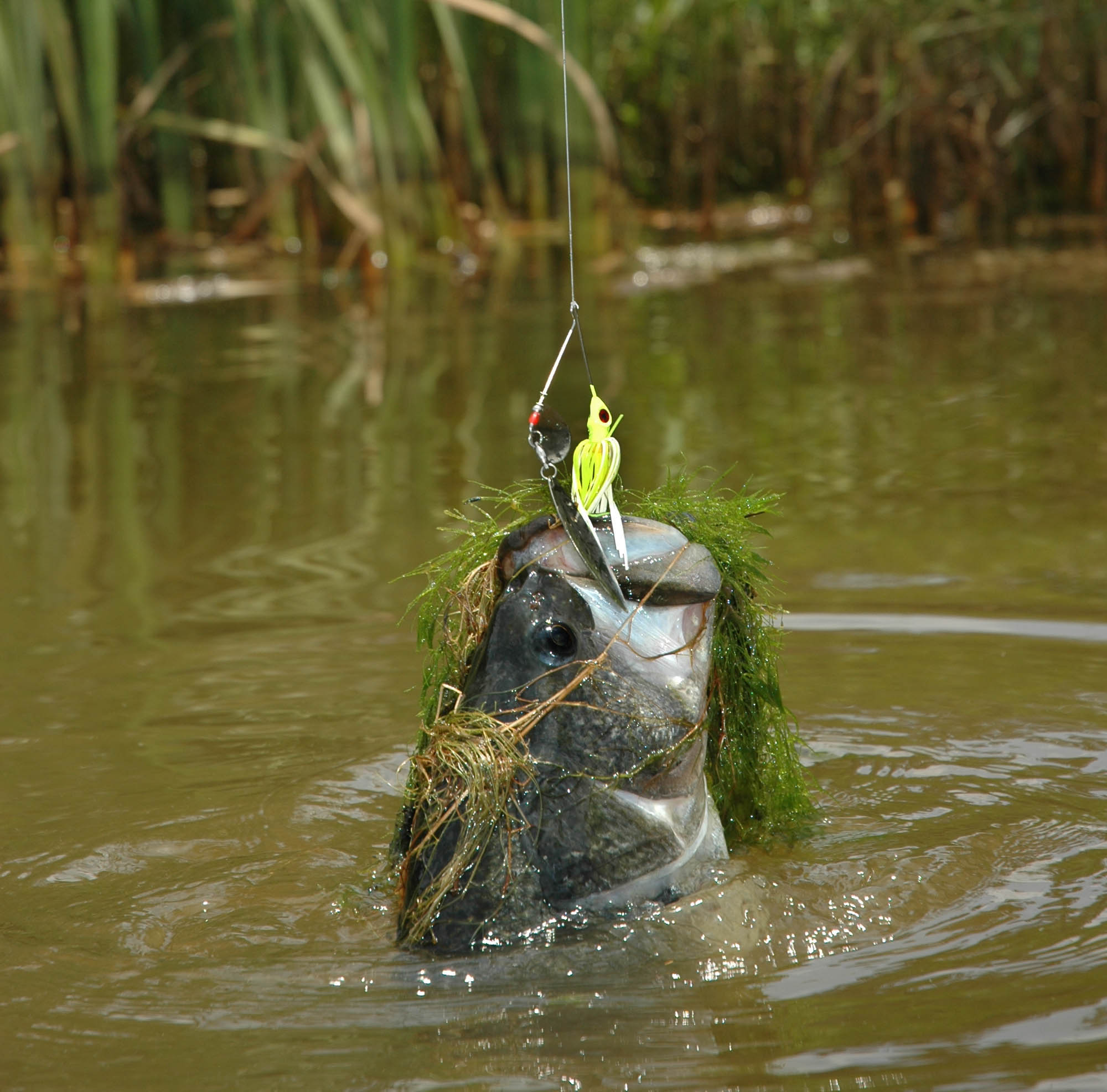 If you want to increase the number of bass you catch, add Fishbites Bob’s Your Uncle Scented Bait Strips onto the bass lures you’re fishing.

Two, other, older lures I’ve found to be deadly effective once you add Bob’s Your Uncle strips to them is the Panther Martin WeedWing and the Johnson spoon, especially when fishing around thick cover and through grass and lily pads. Those lures can go where other lures can‘t. When you add the action of Bob’s Your Uncle strips to those lures, the lures often will produce more strikes and more bass being caught on them than some of the hottest new lures available for bass fishing today.”

Michael Carr of St. Augustine, Florida, knows the history and the science behind Fishbites, since his dad, Dr. William Carr, created the product. Michael Carr describes these possible Uncle Josh Pork Rind replacements as well as the rest of the Fishbites line-up as, “Fruit Roll-Ups for fish”.

“There’s not real food in that fruit roll-up candy. This product was made by food scientists to give this candy the smell and the taste of lemons, watermelons and strawberries. This same type of science was used by my dad, Dr. William Carr, to create Fishbites,” Carr pointed out.

“A research scientist with PhDs in marine biology and molecular biology, my dad studied how fish detected flavors and scents, spending 30 years in these two fields to develop Fishbites. He became extremely interested in this type of research when he was a little boy in Smyrna, Fla., fishing with my granddad. While wade fishing in Mosquito Lagoon, my dad stepped on an oyster shell that made a small cut on his foot. He noticed that a large number of tiny fish and water creatures started nibbling on his wound. He said he wanted to find out what was in his blood that notified these creatures that lunchtime had arrived.

“My dad took that encounter with him for the rest of his life to try and learn what made fish bite. That interest was what steered his studies in marine and molecular biology. Since he was one of the first scientists to study how to make fish bite and to do research on fish, he eventually went to work at Marineland in St. Augustine and at the Whitney Marine Laboratory,” Carr said.

Carr’s father had a huge wet lab set-up with 30 to 40, 50-gallon tanks, which enabled him to run several sets of experiments on fish all at the same time.

This big gator trout was taken by Dr. William Carter, the creator of Fishbites, on Fishbites.

“My dad would grind up different fish, shrimp and crabs until he found what he called, ‘The secret sauce’, that told fish when they smelled or tasted this secret sauce that the time had arrived to eat,” Carr explained. “Then he incorporated the chemical components of this secret sauce into a hydrogel, and the Fishbites Bob’s Your Uncle Scented Bait Strips were born.”

Two components make up Fishbites. A layer of cloth that’s injected with and surrounded by the feed-grade water-soluble gel forms the strips and the cloth is the key to keeping the scent on the bait longer.  When you put a hook through the gel and the cloth, a Bob’s Your Uncle strip will remain on the hook and release the bass attractant as it dissolves horizontally.

According to Carr, Fishbites Bob’s Your Uncle Scented Bait Strips, perform much the same way as the old Uncle Josh Pork Rind once performed, except they are softer, won’t dry out as quickly and are infused with the formula his dad developed.

To learn more about Fishbites Bob’s Your Uncle Scented Bait Strips and see videos of using various Fishbites products to catch both freshwater and saltwater fish, visit www.fishbites.com. or check out their social media pages at facebook.com/Fishbite Twitter @fishbites and Instagram #fishbites.

Other Fishbites’ products that also are infused with specific flavors to attract and catch freshwater and saltwater fish include:

* Fishbites Fight Club Lures for freshwater fish allow you to fish stink-free. These lures come in four shapes and numerous colors. Jigheads for these lures are available in five colors and four weights that feature heavy-duty, chip-proof paint and red holographic eyes with a Mustad UltraPoint hook.

* Fishbites Chum that lasts for hours takes the blood and guts out of chumming for saltwater fish, is made from Fishbites recycled baits and features a puck-shaped bait, 3-inches wide and 1-inch high, weighing approximately 5.5-ounces each.