Those who own land have property assets to protect. Even the most careful and least negligent landowners can be at risk of liability. Obviously, landowners are hard-working Americans who earn the land they have, and vacant land insurance can provide peace of mind for those who have lands to protect from liability. Here are answers to your questions about vacant land insurance, courtesy of American Hunting Lease Association Chief Operating Officer Sean Ferbrache.

Sean Ferbrache (SF): Vacant land insurance is covering for landowners who share access with their family and friends. So, I bought 150 acres. I don’t lease it out. But I do let my family and friends hunt there occasionally. Maybe it’s two or three guys in a club, but I own the ground. I need protection in case there is an injury or damage to someone’s property that is either my fault or could be perceived as my fault. It’s protection just for the landowner.

SF: Vacant land is what it sounds like. It’s land that’s unimproved by types of structure or landmarks. If you have a home on your property, chances are the insurance for that property — homeowner’s (insurance) — will cover whoever comes onto that property. Vacant land is something with no buildings on it. Typically, that’s how I’d describe vacant land.

JH: Where did the vacant land insurance concept come from, and how long has it been around?

SF: It’s been around for several years. In the South, they call it “timber land insurance.” I think that’s a little confusing because it makes it sound like your timber is insured. If you’re a large landowner, especially in the South where you have large stands of timber, you might get the impression you’re insuring your timber.

That’s not the case. But it has been around awhile. It was bigger in the South, as most insurance needs are, but it’s migrated all over the country now. Anyone who has vacant land needs some type of coverage, in my opinion.

SF: It’s for if someone was negligent and caused you to be injured — then you have a claim. For example, there are thousands of abandoned wells or cisterns in this country, especially on vacant land or old homesteads. Sometimes, these (openings) aren’t (physically) covered. I’ve found three just walking around in the woods.

If I were to invite you out to my property, tell you to go hunt up on a hillside, and on your way up there, you fall into a well and break a leg, you’d have a good case. I didn’t tell you there was a hole up there and I knew that. This is what is covered — being liable as a landowner for not making aware of the hazard, which is negligence. It covers anything a landowner can reasonably be held liable for.

SF: It’s not good for a guest who just injures themselves. It’s not medical coverage. If you have a guest, and they’re just walking down a trail and roll an ankle, they’re welcome to file a claim, but it isn’t going to be covered because this is liability insurance.

If you’re riding an ATV on my property, and you’re drunk or going too fast, or even just joy riding and it was no fault of mine, and crash an ATV, again, you can file a claim, but it’s probably not going to be covered because you were responsible for that injury yourself. 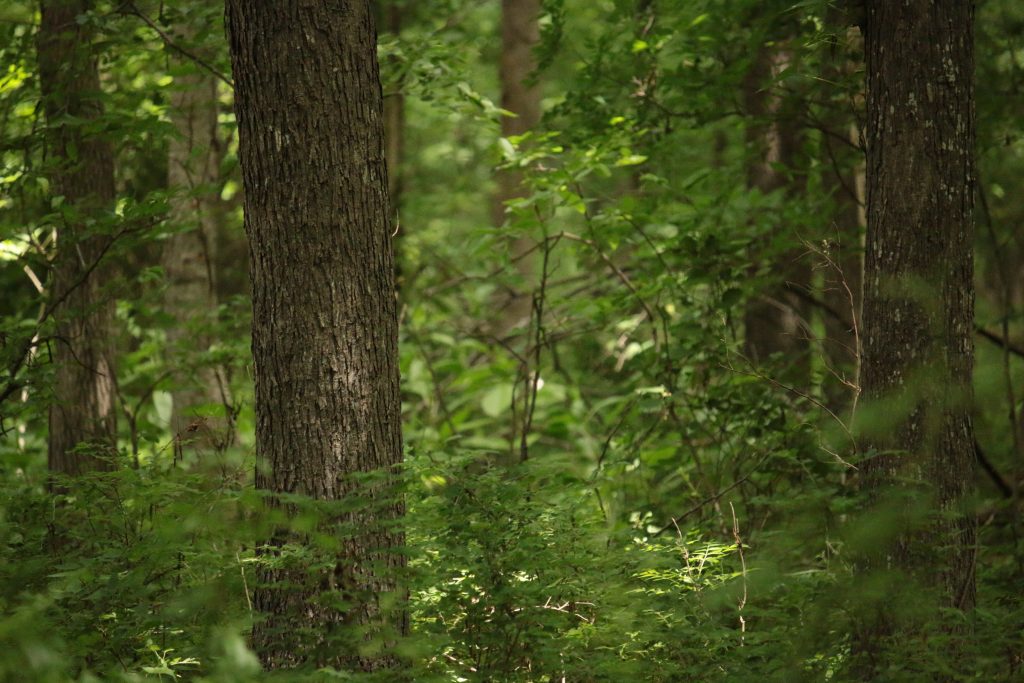 Vacant land insurance does not insure a landowner’s timber value.

JH:  What separates your vacant land insurance from others?

SF: There are only a handful of companies that provide this type of coverage. To my knowledge, (most) everyone except us, does not even allow an old barn or shed to be on the property. It’s hard to find 200 acres of land that doesn’t have some old structure on it. We do allow that, and liability from the use of those structures is covered.

Let’s say I have my friends out. They’re hiking on my 500 acres. A storm blows up and they seek shelter in a barn. If they become injured from using that old, dilapidated barn, I would have coverage against a claim made by them. I think that’s only reasonable, and I’m glad our carriers and partners agree with that.

Who are invited and uninvited guests?

SF: It protects the assets of the landowner (only) against claims made by invited guests and uninvited guests. An invited guest is anybody who has accessed your property — whether you are there or not — with your permission. For example, you’ve given a niece or nephew permission to camp near a pond, or you have a company and have employees out for a picnic. Anyone you’ve invited or given permission to be on the property is considered an invited guest.

Uninvited guests are what you’d think — trespassers. Could a trespasser trespass on your property and become injured due to your negligence and sue you? Absolutely they could. Does it happen very often? No. It doesn’t happen a lot. But it could.

JH:  Why should a landowner be obligated to get vacant land insurance?

SF: There are different types of trespassers. There’s the typical trespasser poaching animals or stealing something from you. But there are also trespassers people know about and allow to trespass. If kids are cutting through your property to another property, and you’re aware of it, you have an obligation to protect them. There’s something called the attractive nuisance ordinance law. I always think of Opie on the “Andy Griffith” show.

There’s an old, abandoned mine. It has signs up with “Abandoned Entry” and “No Entry.” If a kid were to see that, they might not know they are trespassing. They might walk over and injure themselves somehow.

The landowner could be sued for that. I’m not saying they would be held liable, but they could be sued. Then they would have to defend themselves in court, proving they weren’t responsible, and that suit alone could cost them money. 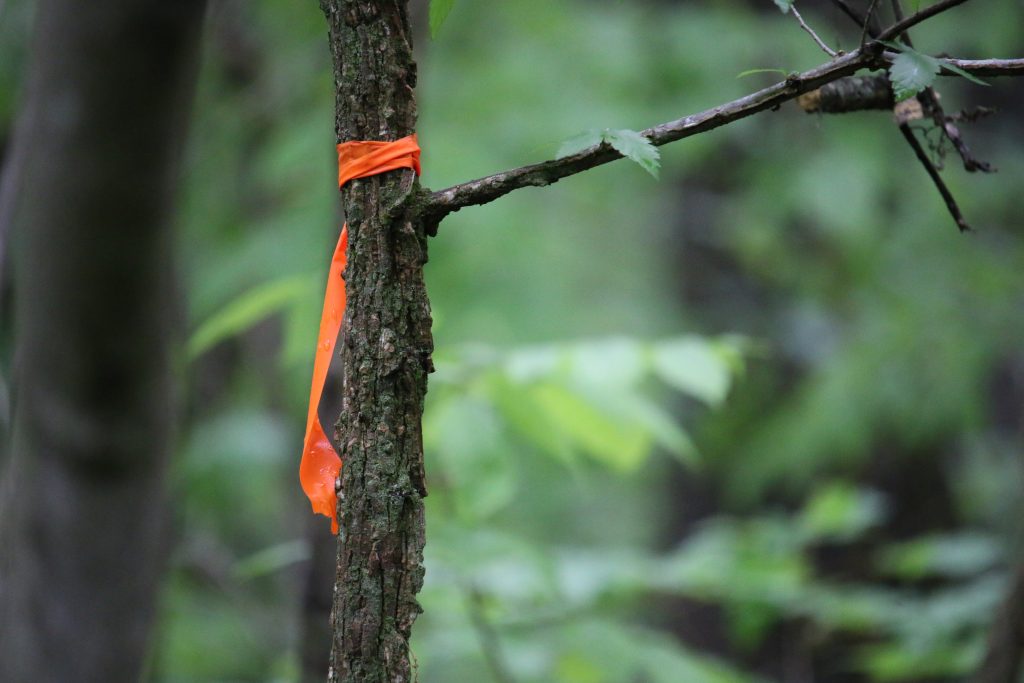 In some cases, landowners can even be held liable if uninvited trespassers get hurt on their property.

SF: Vacant land liability insurance pays court costs prior to a judgment being awarded. This coverage is about protecting landowners from liability claims from pretty much anyone who sets foot on the property.

JH:  How simple is the application process?

SF: It’s probably five minutes or less. You can go online or call us. We’re here in Indiana. We’re good, wholesome Midwesterners. We’re going to answer the phone and speak to you when you call. But you can do it online. We just need to know your name, personal information, and where the land is.

Not all land has an address. It might be a parcel number or description. That’s enough as well, and we can list you as a named insured. You’ll get a certificate within two or three minutes after the purchase showing that you are covered. Coverage can start the day after the purchase.

JH:  Is anyone required to have this insurance?

SF: I know that a lot of lenders, when you buy land, the banks have liens. The lenders will require that you have this type of coverage. We are approved by every lender I’ve ever dealt with.

JH:  What is the deductible and the total maximum coverage for this plan? 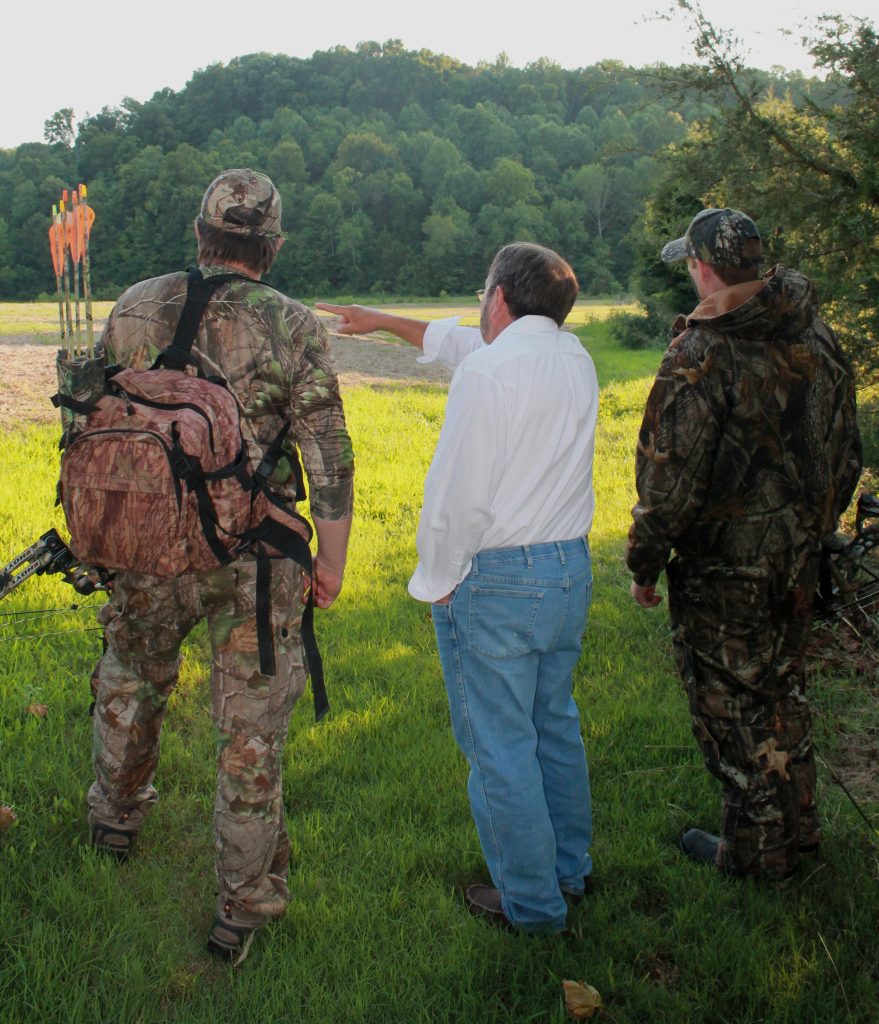 Invited guests who are harmed due to negligence can oftentimes file a claim.

JH:  Who underwrites the insurance on vacant land?

JH:  Why is it important to have vacant land insurance?

SF: I think most landowners, or new landowners, have worked their entire lives to buy this piece of ground. It is literally the fruit of their life’s work. It’s not worth risking losing that property because a trespasser or invited guest had a mishap you could or could not have foreseen.

I think, for $225, it’s a wise investment. It’s too easy to buy and gives peace of mind that you can invite your guests out and allow them to recreate peacefully, knowing you’re doing the right thing by being a responsible, generous landowner.