Choosing the Best Waterfowl Shotgun Choke for Any Situation

Begin a discussion among waterfowl hunters and the talk usually leans toward the best waterfowl shotguns and the various duck ammunition available. While these are important subjects in duck hunting, oftentimes one area is overlooked and that is choke tubes. 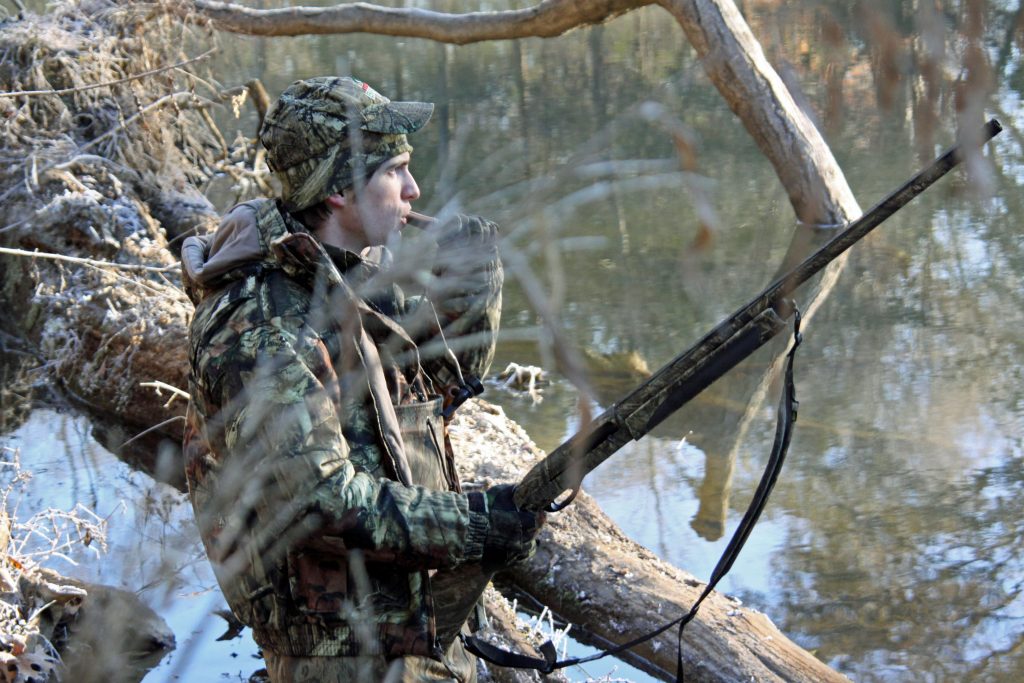 Picking the best shotgun choke for any situation can be the difference in a clean kill or just shaking loose a bunch of feathers.

Many duck hunters choke tube they use can make a difference in a clean kill or just shaking loose a bunch of feathers. In recent years, there have been major strides in technological advancement in firearms and shotgun shells.

However, interchangeable choke tubes are an important part of the duck hunting equation. Waterfowl shooters will want to utilize the best waterfowl choke tube to maximize their opportunity when in the duck blind.

What Do Choke Tubes Do?

A choke in a shotgun is a constriction in the barrel usually a few inches from the muzzle.  All shotgun barrels have some type of constriction or choke which is either machined in the barrel or a screw-in style or interchangeable. The exception would be a barrel with a cylinder bore for which would be no constriction.  It is basically a straight tube. 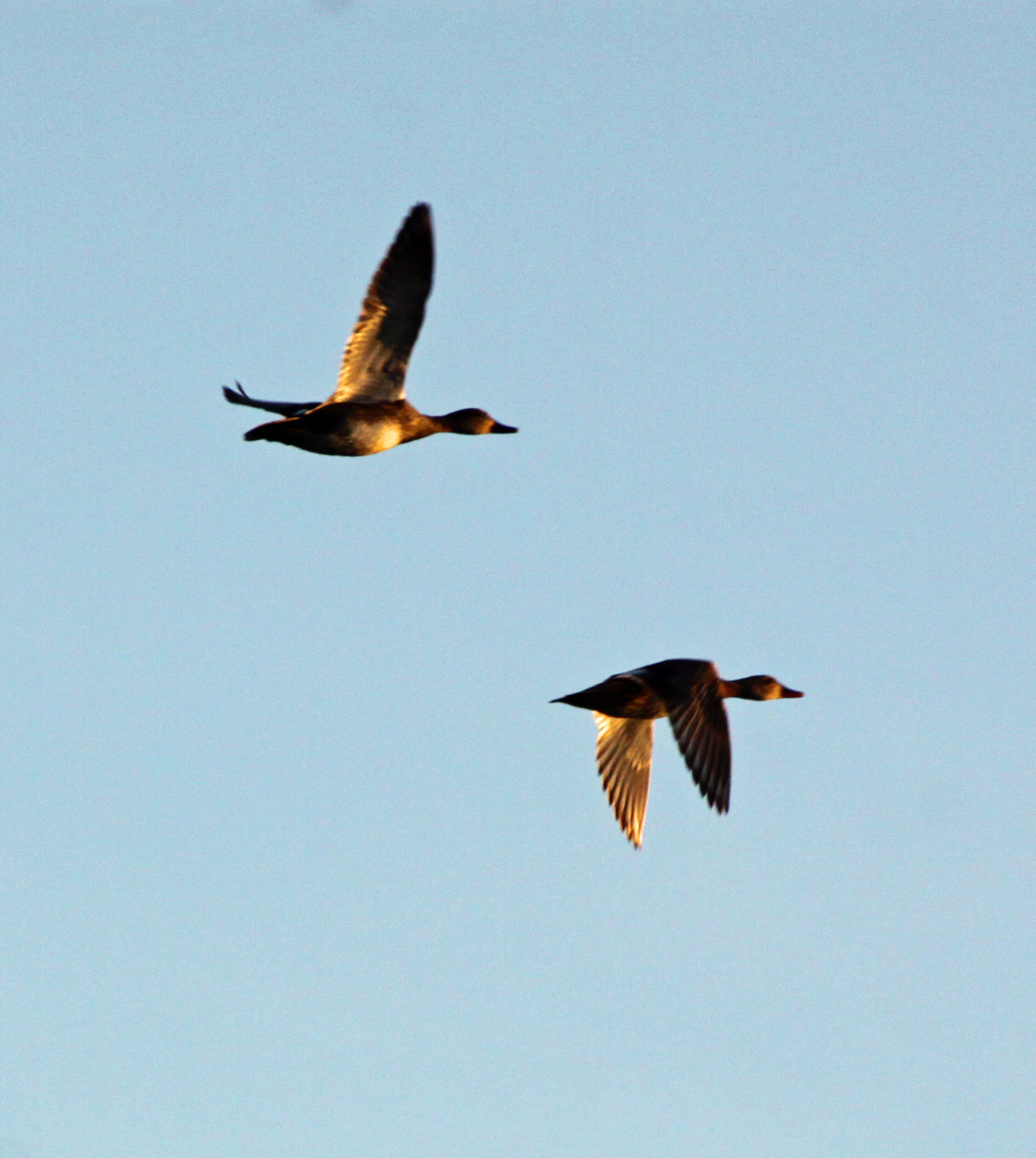 Duck hunters should know which choke tube offers the best shot pattern for their hunting situation.

For our reference here, we will be discussing the interchangeable type of choke tube that screws into the muzzle end of the barrel.

There are variations to these standard choke sizes. Turkey hunters often opt for an extra-full or super-full choke tube for gobblers. However, these ultra-tight choke restrictions on steel or heavy shot could damage the barrel and cause injury to the shooter. 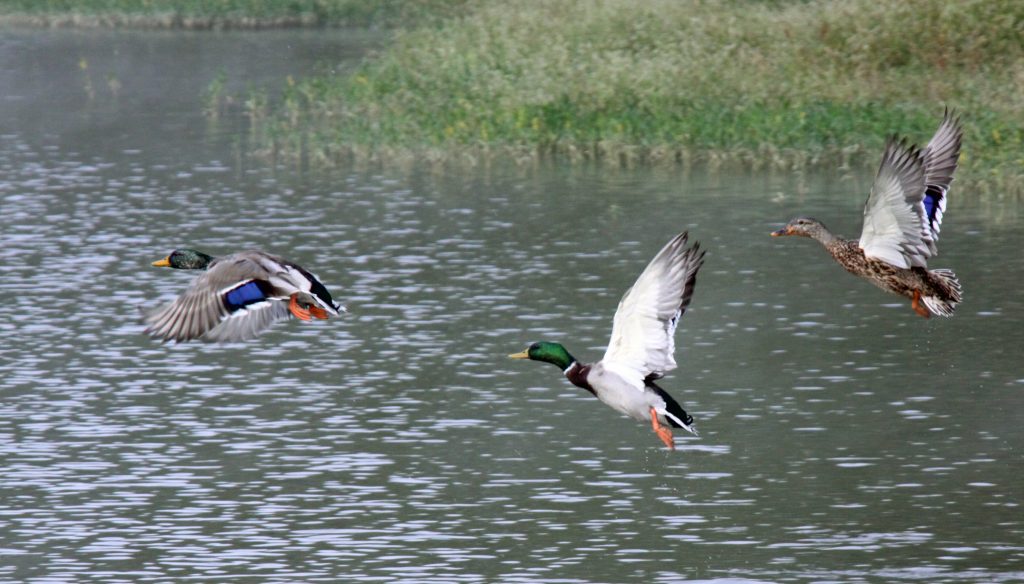 The correct screw in choke tube will help improve any duck hunter’s shotgun.

“Generally, when shooting steel shot the choke acts like it is two sizes tighter than when shooting the same size lead shot,’ Patty said.

He believes that too tight of a choke when shooting steel shot can blow out the shot pattern. This will cause misses or worse cripple birds. A modified choke is about as tight of a choke duck hunter should use.

Steel shot are much harder than lead and don’t compress as much when travelling through the choke tube. Some duck hunters prefer the tungsten or heavy shot for waterfowl shooting. This material is harder than lead and almost as dense retaining more energy than steel downrange.

Waterfowl hunters can take a tip from turkey hunters in determining the best performing choke tube for their shotgun. Turkey hunters will visit the range with a few choke tubes and several different brands and shot sizes of turkey loads. They can check the shot pattern for their gun using a standard target by shooting different loads.

Duck hunters should do the same using different choke sizes and shot sizes/loads to determine which the best choke tubes for their duck hunting gun. 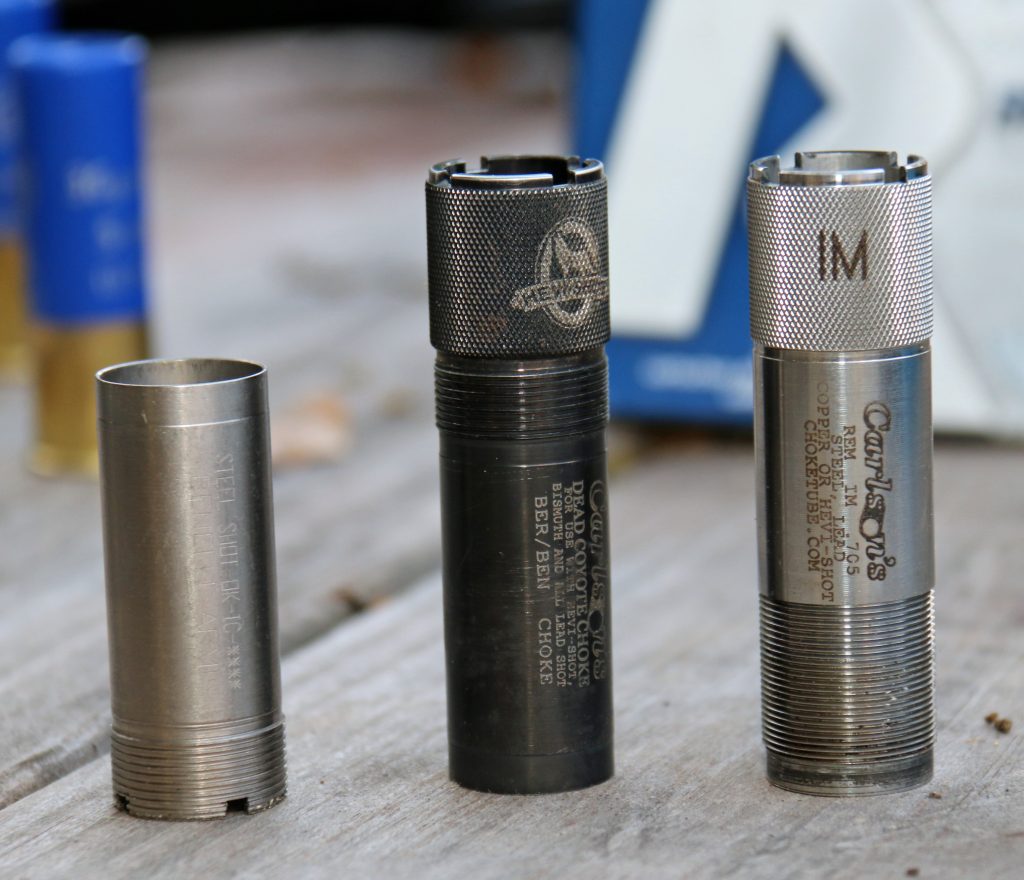 Duck hunters should make certain their choke tubes are approved for steel or heavy- shot.

“Hunters should try to get the densest pattern possible in a 25-inch circle,” Patty advised. “The distance should be around 25- to 30- yards.”

A good rule-of-thumb for pattern density is for around 60% of the shot to hit inside a 25-inch circle. There are approximately 187 pellets of  steel shot in a standard 1 ½ ounce #2 size shell.  At 60% that means there should be around 112 holes inside that 25-inch circle target.

Duck hunters will want to shoot different shot sizes and loads at varying distances to determine which load will be a top performer for their hunting style and conditions.  Each shotshell brand, size and weight will pattern differently. Choke tube brands, and styles will shoot varying patterns.

Waterfowl shooters need to spend the extra time at the pattern board to check and verify which choke and duck load will work best for their shotgun if they want to come home with a full bag. Also, every shotgun and choke combo will not shoot the same pattern. The setup of your hunting buddy won’t be the same for you.

For example, shooting wood ducks in flooded timber or fast flying teal may require a more open choke like an improved cylinder. The shot pattern may be a little more open and more forgiving for close in shots. 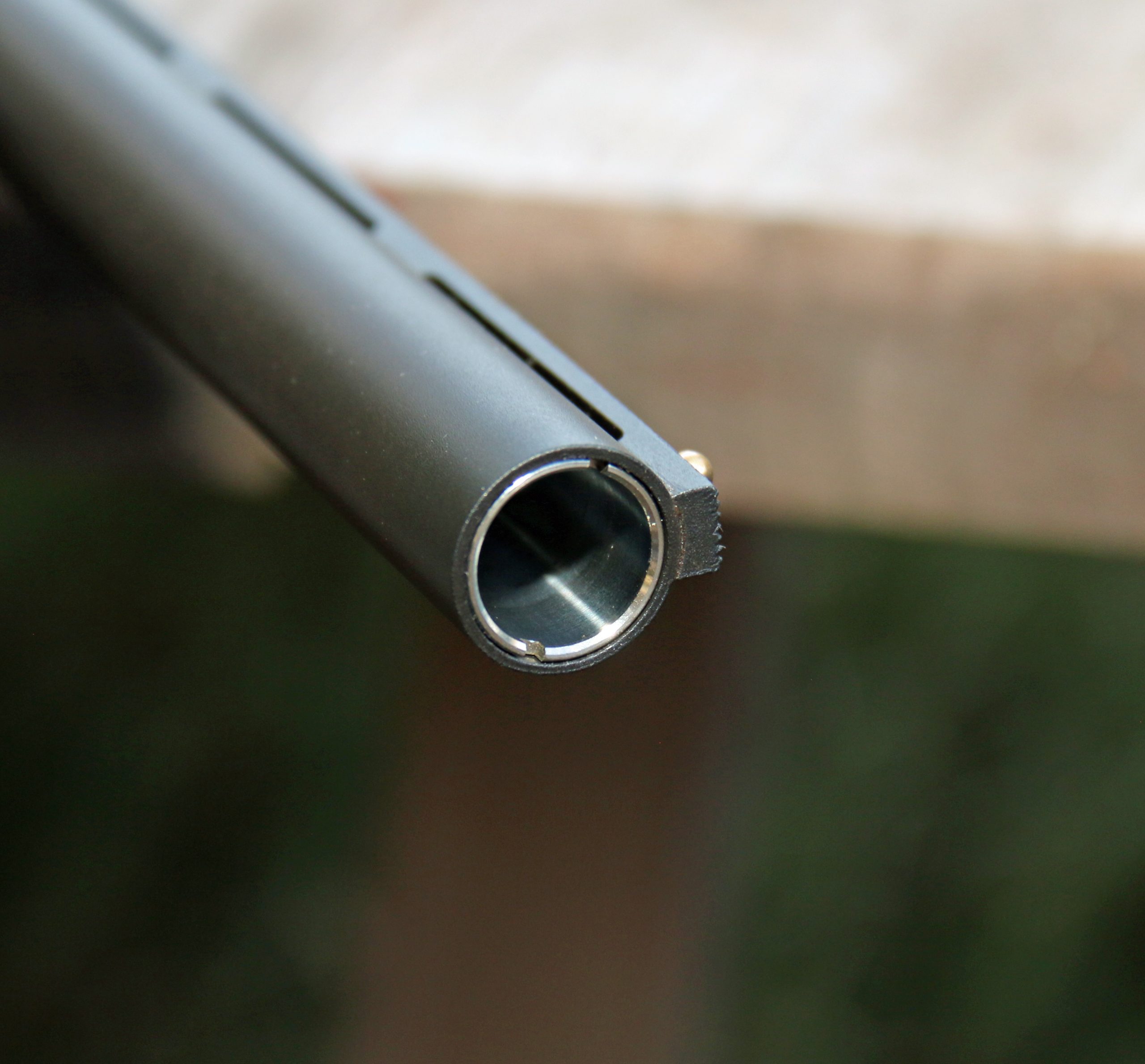 Some duck shooters feel the extended tube provides a more consistent pattern from shot to shot. The shot pellets are gradually constricted in an extended tube compared to a shorter flush mount.

“With a flush mount tube, a choke tool or wrench is required to change out the tube,” advises Arlie Fortner, Manager of Shotgun Sports. “With most extended tubes, they can be changed out by hand.” 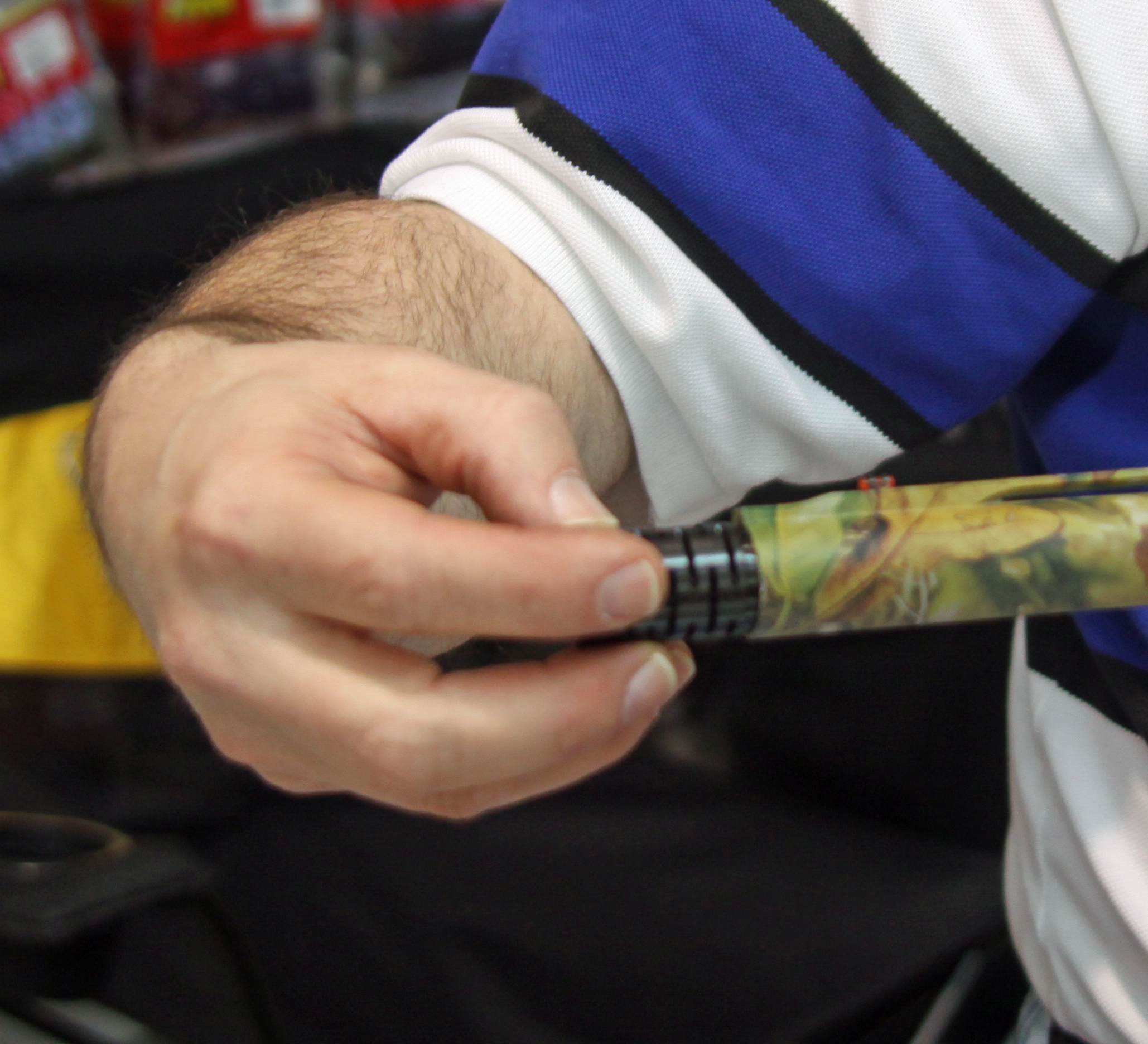 Extended choke tubes can be changed out by hand, perfect for in the blind changes.

Some of the more popular brands of choke tubes for ducks are Jebs, Kicks High-Flyer, Patternmaster, TruGlo Titan and Muller Waterfowler. Prices can vary from around $30 each to over $100 depending on brand and type.

“There are specialty duck load shells that can provide excellent patterns with most choke tubes,” Fortner said..

Another advantage of extended choke tubes that are ported can reduce the recoil and muzzle movement when shooting. This can help hunters stay on target and make it easier for an accurate follow up shot if needed.

Whether using a flush mount tube or extended, hunters should use an anti-seize lubricant on the choke threads. This will keep the tube from becoming cinched in the barrel. Also, if the choke tube and barrel muzzle has been exposed to water, after the hunt remove the tube, clean and re-apply the lube. 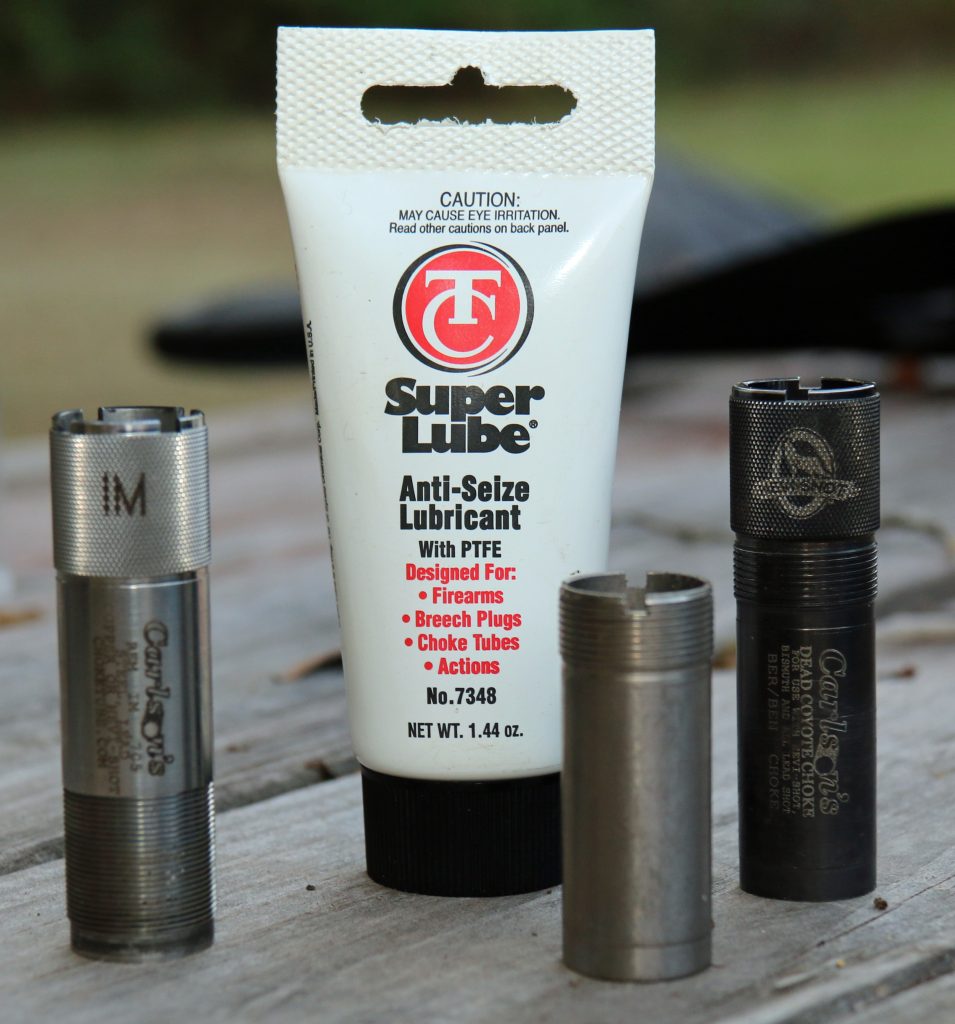 Always use some type of anti-seize lubricant on the threads before installing a choke tube.

Whenever installing or removing a choke tube, always make certain the firearm is unloaded. Also, do not over-tighten the choke tube. Special choke cases should be used to protect the threads when carrying extra tubes on a hunt.