Guided hunts can be a bit of a gamble and an expensive one at that. Whether you’re looking for guided duck hunts in Arkansas or Louisiana, wild turkey hunts in Florida or Alabama, or elk hunts in Colorado or Montana, finding the best guides out there will ensure you bag your game, have fun, and don’t come away feeling like you’ve wasted your money.

The traveling hunter has to rely on the expertise of the guide or the outfitter as well as their honesty and integrity to give a good chance that the hunt will succeed. There have been a number of cases in recent years of unlicensed guides and outfitters and their clients being cited for hunting illegally without proper licensing or on land not open to the hunts.

And most types of free-range hunting are always chancy, at best. The weather, the migration of game and the amount of hunting pressure always factor in hugely.

Logan Meaux of Baton Rouge, Louisiana, is a long time waterfowler who decided to do something about the challenges of booking guided duck hunts in distant areas. He founded Mallard Bay Outdoors as a one-stop shopping site for hunters to plan and book hunts with outfitters who have proven reliable, productive and honest.

“Some great hunting guides may not be internet savvy,” Meaux said. “Maybe their website doesn’t really show what they’ve got or the quality of their operation, or maybe they don’t even have a website. We work with guides and outfitters who don’t want the bother and expense or don’t have the know-how for setting up their own site as well as those who already have a website, so the traveling hunter gains access to some really good operations that might be missed otherwise.”

Mallard Bay handles both guided hunts and unguided hunts, where the hunters simply pay for access to a good piece of hunting lands or marsh.

Some of the hunts also offer full lodging including food and transport to the field, while others do not, allowing hunters to match the trip to their experience, their budget and their need for comforts.

Though the company started out specializing in guided duck hunts, it now offers sandhill crane hunts, upland bird hunts, deer hunts, exotic game hunts and freshwater and coastal fishing trips, both inshore and offshore, as well, or in some cases “cast-and-blast” trips that include both fishing and hunting.

Some of the fishing trips are as basic as access to a small boat on a 30-acre lake heavily stocked with largemouths, while others might include an overnight trip 100 miles into the Gulf of Mexico. 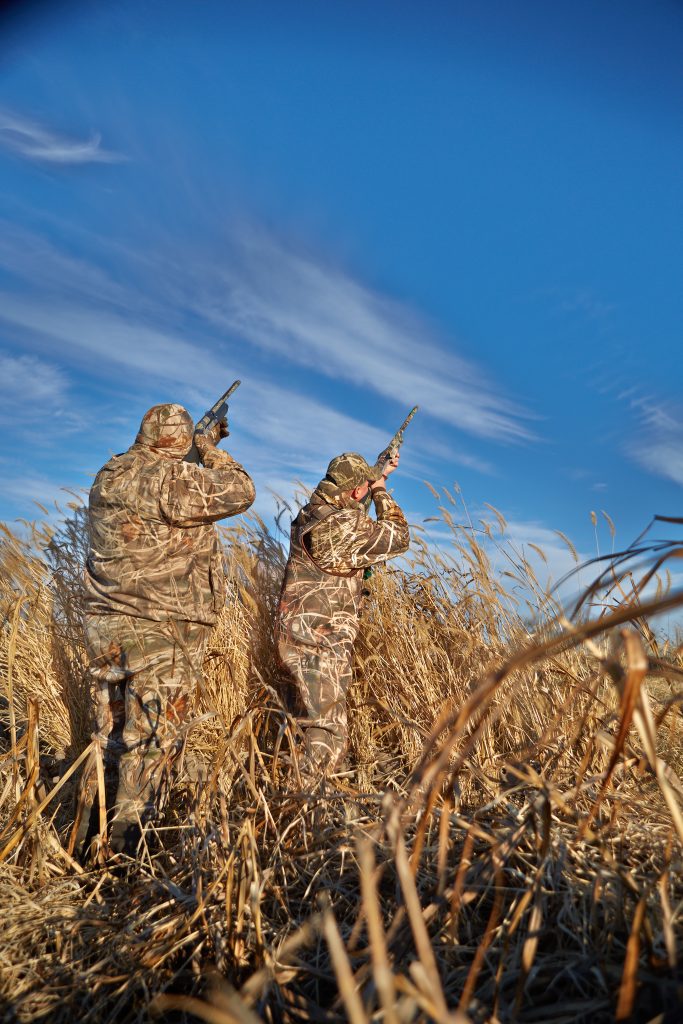 Where does one start when trying to find a good, reputable hunting guide?

Trip prices range from as low as $75 for access to a stocked lake to over $4,000 for an offshore tuna/wahoo/snapper trip.

The company has outfitters and guides in Arkansas, Kansas, Louisiana and Texas at this point, and is looking to expand into other states.

Meaux says that because his company works with dozens of outfitters, hunters have a chance to choose a hunt that suits them and their party very closely.

“Some might like a stationary hunt in a pit blind in the middle of a grain field, where once you get out there that’s all the walking you do, and maybe somebody else might like the chance to stay on the move and go where the birds are on that particular day and put together whatever camouflage they need on the spot. We can match your group to their preferences because we coordinate with so many guides,” he noted.

Meaux says that some hunters might prefer hunting food plots and grain fields, others might want to shoot roost ponds, and he has guides who can offer either, or in some cases both.

Another variable in waterfowl hunting is how many hunters are fitted into a blind.

Those who enjoy the camaraderie of multiple shooters sitting side by side can opt for a large pit or frame-type blind, while those who prefer to hunt solitary can choose that, as well.

“We can also set up a hunt depending on how much gear you want to travel with,” Meaux said.. “Maybe you don’t want the hassle of flying with a firearm, you want to rent a gun when you get there—some of our outfitters offer that, as well.”

At the other end of the scale, he can hook you up with operators who simply provide access and allow you to bring your own guns, decoys, blinds and whatever you want to make your hunt successful.

For those who enjoy watching hunting dogs work, Mallard Bay indicates which outfitters provide that service, as well. 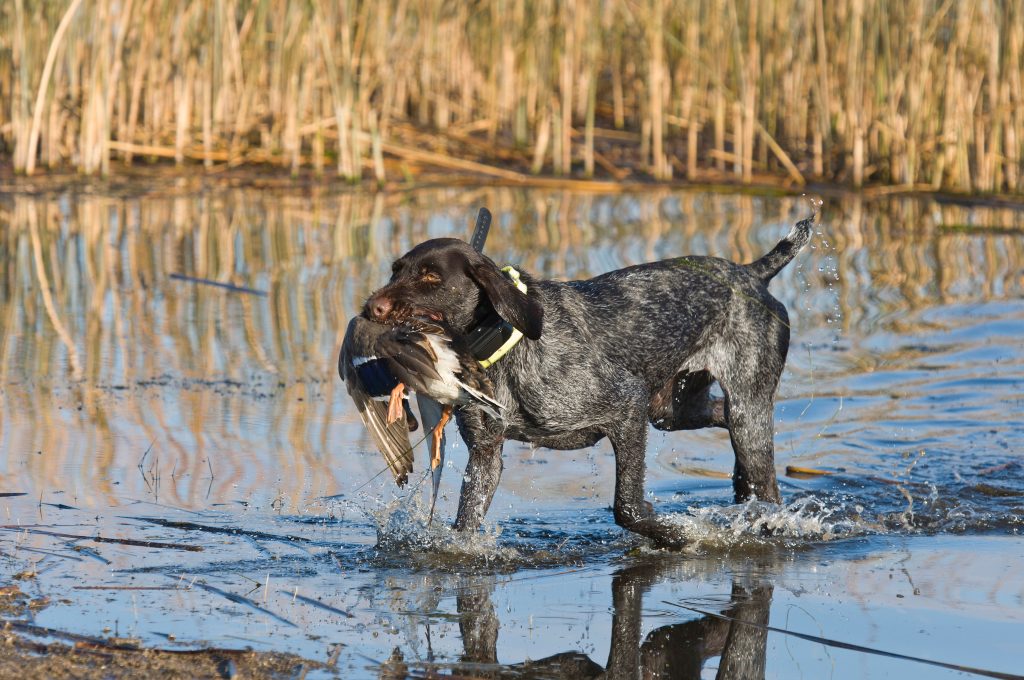 And of course the distance a hunter and his group are willing to travel is a major factor.

“A lot of hunters drive to their destinations instead of flying because it’s just easier to take your gear that way and bring home the meat, but you have to determine how far you’re willing to drive and how much time you want to spend on the road,” Meaux explained.  “So we break out our hunts by state—if you want to allow a half day to get there, you have pretty much the whole southeast.”

Choosing The Correct Duck Hunting Guide Based On Species

Another variable included in Mallard Bay’s data is the target species.

“Some waterfowl hunters are avid mallard hunters, while others might want to take a pintail or a redhead or maybe they love green-wing teal or wood ducks,” Meaux pointed out.  “Right now, in most of Louisiana, we don’t have very good mallard hunting but we have a whole lot of other varieties and plenty of geese. So you can find that out up front and go where your chances of success on what you particularly want to hunt will be highest.”

The amount of time a hunter can spend on a hunt will also factor in.

The longer you can stay, the better your chances of having several good hunts, of course, but also the more the trip will cost.

“And if you’re just booking for yourself, or for yourself and your wife, or maybe for your 10 employees as a company outing, that’s a big factor in deciding where you’ll want to go,” Meaux said. “Some operators are not set up to handle big groups, and some are fine with it.”

Mallard Bay can also handle international booking of guided duck hunts in the great waterfowling areas of Canada and Mexico, for those willing to travel.

And of course finding guides and operations with open dates on the days you can take a hunting vacation is critical.

The Mallard Bay website will soon allow users to quickly filter the options for available dates, as well as all the other factors. And they’ll soon have a mobile app, according to Meaux, to allow users to plan on the fly from their phones.

“It’s never too soon,” Meaux advised. “The best dates on the best land with the best operators get booked first, so the sooner you can commit the better. If you wait until a few weeks before the season, you’re not going to get the pick of the litter and choices are going to be very limited.”

He says spring is the time to plan hunts for next fall, not only securing the best locations and prime times, but also giving everyone in your party more time to plan and prepare for a good hunt. 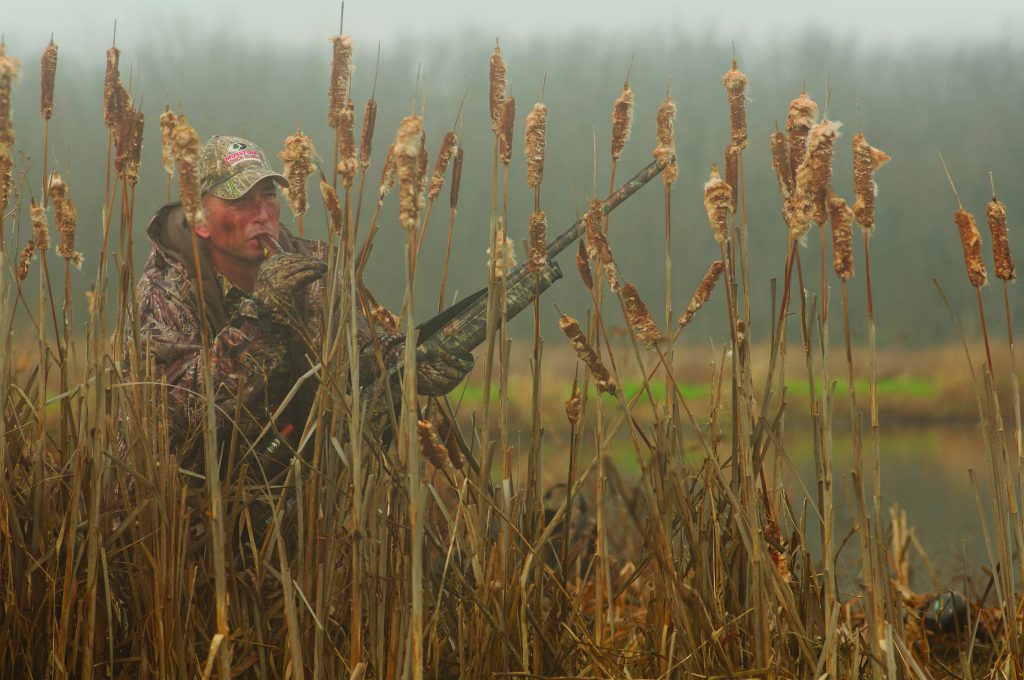 You should start planning your guided hunting trip well in advance.

Once you’ve picked out three or four operations that look promising, Meaux suggests you investigate a bit farther before booking, contacting them and learning about how much land they have access to and in what locations, how many hunters typically are in camp on a given week and what the prime times are likely to be, as well as to get a feel for the overall expertise and business sense of the operator.

Meaux says the Mallard Bay site will be implementing a review process that will allow all who hunt with a given outfitter to report their results and impressions.

It will also be a two-way street, allowing the outfitters to respond to a group of hunters who might not be particularly conservation-minded.

Even with the best guides and outfitters, it’s still hunting, and success is never assured.

But some of the prime operations will take it on themselves to work with their clients and offer alternate dates or even the chance to move to the following year if conditions change so much that the chances of a good hunt are nil. (This is more common after one becomes a repeat customer than a first-timer, however—outfitting is, after all, a business and the hunter shares some risk with the outfitter due to the basic uncertainty of hunting.)

Meaux says hunters who choose to make a deposit for a given date at a given location are immediately assured of getting that spot.

Mallard Bay charges a basic convenience fee for their services to the hunter, and the guide or operator pays the three percent credit card fee they would pay in any case for accepting a credit card payment.

Listen below to hear more from Logan on booking hunting and fishing trips with reputable outfitters and charters across North America. He also goes more in-depth on which guided hunts Mallard Bay has available, questions you should be asking before you begin your search, and what makes a good “guide.”

For the present, Mallard Bay will knock off the convenience fee for anyone who books as a result of hearing about the company through Great Days Outdoors. For details, visit https://mallardbay.com