How Much Does It Cost To Stock a Pond With Bass? | Great Days Outdoors

How Much Does It Cost To Stock a Pond With Bass?

How Much Does It Cost To Stock a Pond With Bass?

Here is the scenario. You are an avid bass fisherman. You just built a pond on your property or you have an existing pond but it hasn’t been producing the kind of bass that you hoped it would so you are basically starting from scratch. Your fishing goal for the pond is to produce healthy and big largemouth bass, maybe even a “wall hanger” trophy, so you ask yourself, “how much does it cost to stock a pond with bass?”

The reality of pond management is that you just don’t dump a few bass and a couple of buckets of bream in the pond and expect to have a first-class fishery.

To find out what pond owners should consider in terms of stocking a pond, either for the first time or on the rebound, we talked to Norman Latona, founder and president of Southeastern Pond Management. 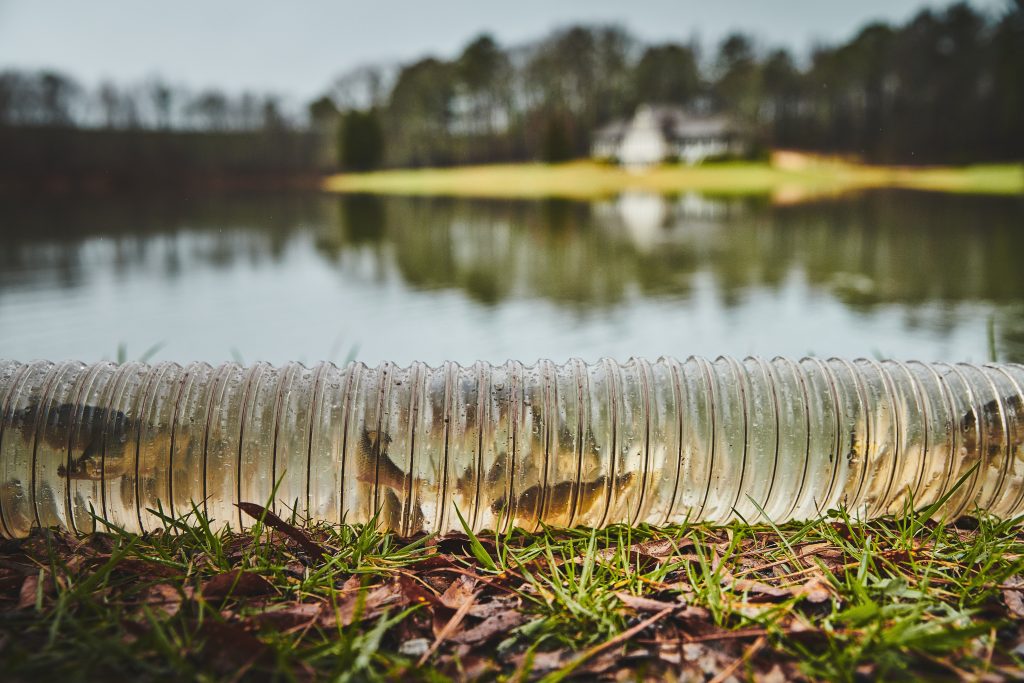 There is a lot more to stocking a pond with bass than just dumping in some fish and hoping for the best.

When it comes to stocking a brand-new pond or re-working an existing pond Latona pointed out that because of improved fish genetics and a better understanding of predator to prey ratios and fish densities, stocking fish can yield high production.

“It’s not common to see two or three pounds a year of bass growth particularly the first two or three years but none of that happens by accident,” Latona said.  “If a pond owner has high goals in terms of trophy fish production in a new pond, the initial stocking is not an area where you want to scrimp and cut corners.”

How much does it cost to stock a pond? There are a number of factors that need to be considered including the size of the pond, its ability to maintain a healthy fish population, the proper “predator to prey” ratios to make sure that the food supply is proportional to the population, the genetic composition of the fish being stocked, the goals of the owner and more.  All of those things can influence the cost of stocking.

“There are a lot of options and there is also a lot of variability in costs so it is impossible to just give a general cost,” Latona explained.  “For example, there are some really cool genetic options available and if you are stocking the cream of the crop in terms of genetics those fish are going to be more costly than stocking standard fish.  In addition, stocking density can play a role in influencing costs.”

“We tailor a stocking program and take into consideration the stocking density, the time of the year that we stock, the species, fish diversity, genetics and size of the fish that we stock and match those to the objectives as laid out by the pond owner so costs can be all over the board,” Latona said.  “We spend a lot of time discussing the options and the cost and benefits associated with them.”

One of the most exciting options in the fish industry is the creation of “genetic diversity” which combines different traits of subspecies.  An example of that is the F1 or “Tiger” largemouth bass which is where a northern bass strain has been bred with a Florida bass.  The result is a fish that is less susceptible to winter mortality than their Florida-strain parents. In addition, because of that Florida-strain, they grow faster longer.

“You get the positive genetic traits associated with northern bass, aggressiveness and catchability for example and you’re crossing that with the best of the Florida genetics, which is growth rate, top end growth, longevity and other attributes,” Latona said. “Genetic and pedigree breeding of fish is gradually rising to a new level just like it has been done with race horses, cattle and other animals.” 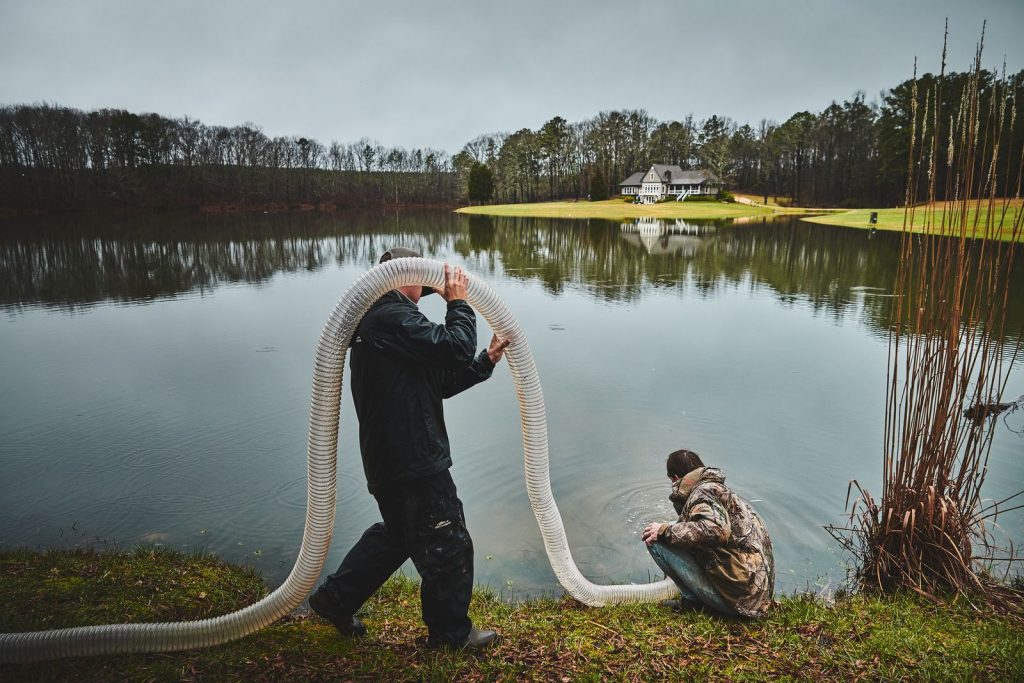 Many factors go into deciding the cost of stocking a pond, correctly. Having a professional help you with the process insures you get the results you want, within your budget.

“We used to say that a pound a year was acceptable growth and that was the standard. Now through improved genetics, manipulating stocking densities and other tools we’ve seen that number skyrocket to where we now routinely see, two to three pounds annual growth and, in some cases, even more carrying through year three.  We’ve some fish approaching double digit growth at three years of age.”

If you want your bass to grow they need something to eat and Latona stressed the point that you can take the fish with the best genetics in the world but those fish won’t do you any good if you introduce them into an environment that has limited forage.

“You can take a bass that has the genetic potential to weigh 20 pounds and put it in a bathtub and feed it one goldfish a week and that fish won’t grow,” Latona said.  “There are a lot of forage options available to create an ample and diverse forage food supply, depending on the specific objectives and goals of the lake owner.

Some of the forage that Latona stocks includes bluegills, golden shiners, crawfish, tilapia, threadfin shad, shell crackers and as lakes mature, fathead minnows, gizzard shad and more.  He emphasizes that especially in new ponds, that initial stocking is critically important to the future health of the pond due in large part to the absence of predators who may prevent the forage base  from becoming established.

“We have one shot to stock new lakes when they are predator free and we can accomplish amazing things in terms of forage production in a clean body of water when we take advantage of that opportunity,” Latona noted. “The forage fish get in and they feed and feed and spawn and spawn and just fill the lake up and become an established food source for the predator bass.”

In the case of an existing pond where the bass are bigger and more numerous, Latona says that “corrective restocking” to supplement or augment the forage base is sometimes necessary.

It makes sense to step up the feeding game a bit and add larger fish or even a different species of forage like tilapia to help beef up the bass.

“We restock with tilapia, crawfish and intermediate size bluegill, gizzard shad and we’ve found that the bigger bass grow much more efficiently when they are eating bigger forage,” Latona said.

Of course, the older and larger the forage fish are, the more expensive they will be.  In addition, the size of the lake and stocking density both affect the cost of stock a pond with fish.  Obviously stocking a 10-acre pond is going to cost more than a five-acre pond.  Similarly, stocking 200 intermediate bluegill per acre is less expensive than stocking 500 per acre.

“We listen to what the owner has in mind and what the goals are and explain that if this is the goal, we need to do A, B, C and Do to get there. If the budget doesn’t allow that, let’s tweak and change some things and maybe even adjust the goals,” Latona said when asked how much to stock a pond.  “We try to realistically sort through all of the variables and options and tailor a program that meets the goals and stay within the budget of the client.”