August is a good time to visit places where many kayak anglers don’t usually go- smaller, shaded waters such as local streams and backwaters of larger lakes and rivers and protected areas of coastal salt waters. Late summer is a great time for exploring smaller waters which can offer some great opportunities to utilize some expert kayak fishing tips.

For instance, all across northern Alabama, Mississippi, and Florida are many smaller streams which feed into larger lakes, and these small waters can be great in late summer for kayak anglers.

All along the northern Gulf Coast, kayak anglers can find great places in bays, bayous, and even smaller lakes.

The main idea at this time of year no matter where a kayak angler chooses to go is to get out of the hot sun and to find places where fish take shelter from the heat, too.

Anglers who put in small freshwater creeks and rivers with overhanging tree limbs can find some very good bass and panfish up in the shady areas that remain cooler all day.  If the shaded water is fairly deep, then it’s a perfect setup for good late summer fishing. 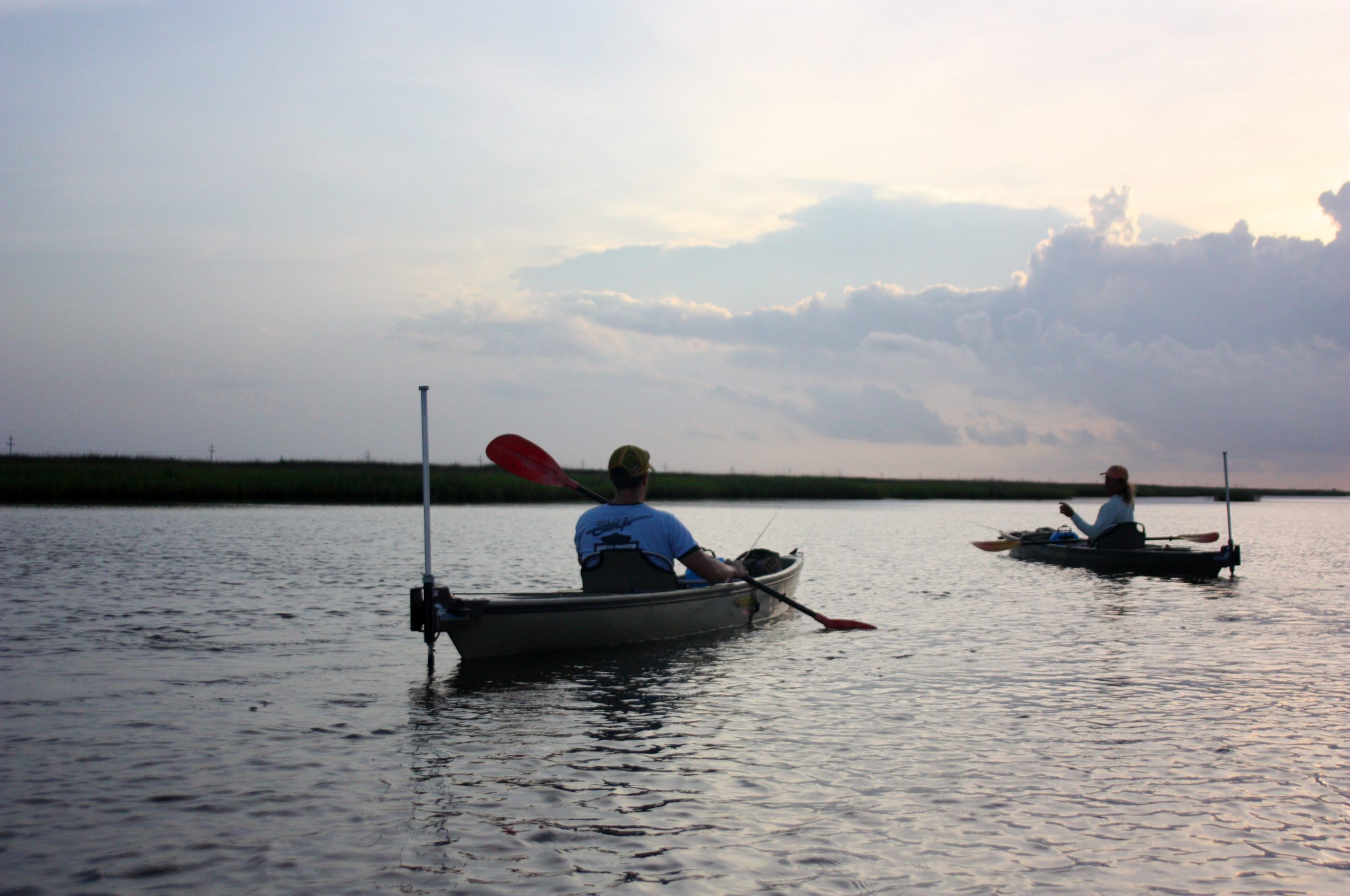 A summer kayak fishing tip for saltwater anglers, look under docks and other structure that makes a shadow.  Don’t neglect fishing under moored and anchored boats. Particularly good for late summer kayak fishing are boats that stay moored for long periods of time. These boats provide good cover and shade for fish, and kayak anglers can approach and fish these boats from all sides in many cases.

Redfish in particular love to hole up under docks in late summer where they can ambush shrimp and small crabs and pinfish without exposing themselves in the sunny water.  Flounder will often take up position under docks which give shade and protection.  It’s hard to beat live bait, but shrimp are eaten up by pinfish and other bait-stealers very quickly in August. Try live bull minnows with just enough weight to take them to the bottom.

For kayak anglers, late summer is a fine time to throw soft plastic lures which can be slowly bumped along the bottom near cover and shade. Whether freshwater or saltwater, kayak anglers who choose to fish low and slow with jigs and unweighted soft plastics can find some great fish.

Early and late is a good idea for kayak anglers at all times, but in the late summer, going when the light is low and the sun is not beating down mercilessly is almost a necessity. Most kayak angler who put in at earliest sunrise or before will be willing to come off the water by nine or ten o’clock before the sun gets high and hot.

Kayak anglers, whether in fresh or salt water will want to keep an eye for surface feeding fish. It’s not uncommon, depending on the water, for freshwater kayak anglers to encounter spotted bass, white bass, and even stripers in very early open water as they feed on schools of shad. Kayak anglers who find surface feeding bass can use a jig or lipless crankbait which can be cast a long way to help stay with the feeding fish which often move quickly to follow the shad or other baitfish they are working. 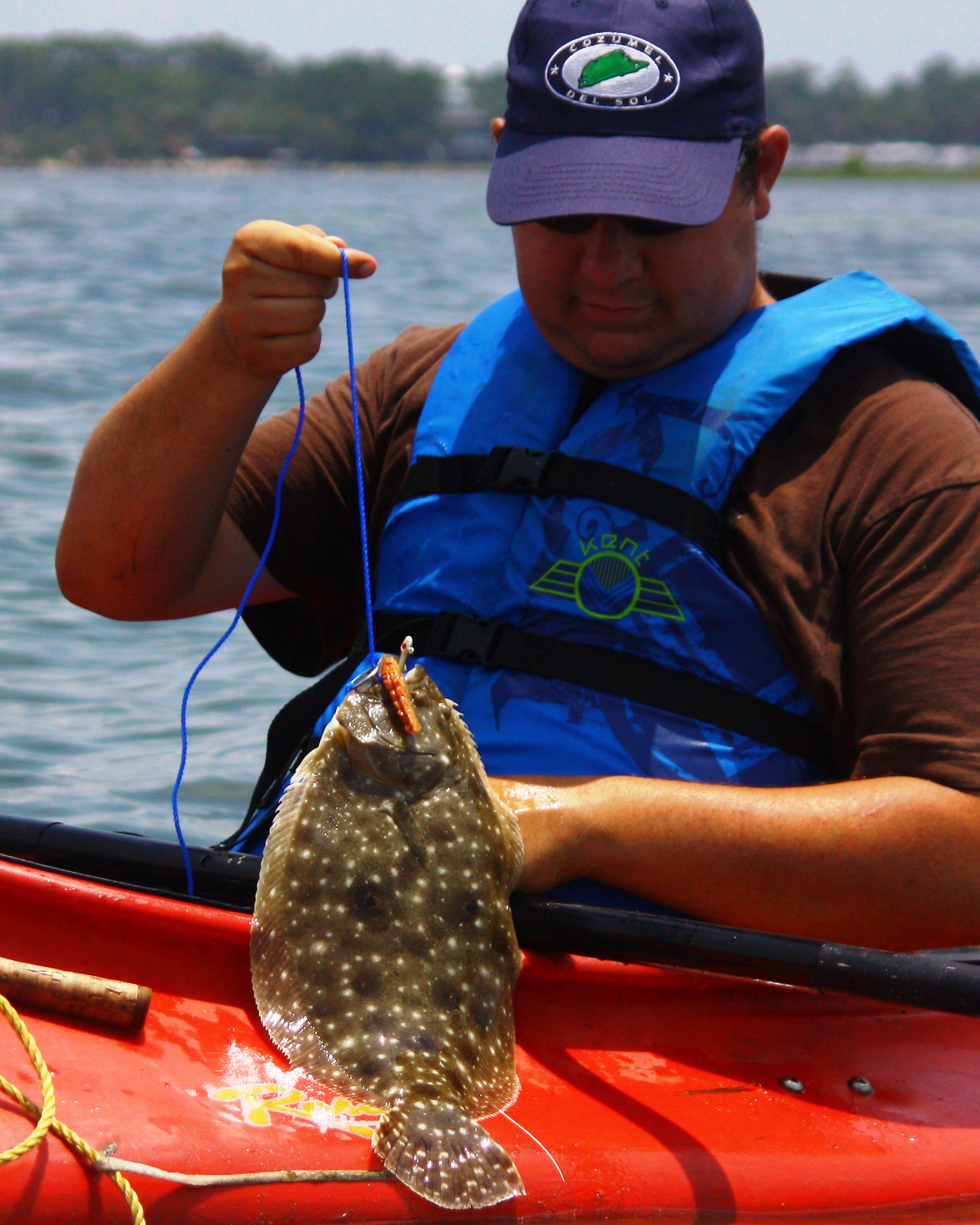 Flounder are often found by kayak anglers in late summer as they hold under docks and other structure.

In saltwater, mackerel, trout, and big redfish will often explode on pogies and other schooled up baitfish in early morning. The kayak allows anglers to move in much closer to these early morning feeding fish without spooking them. A large topwater plug worked slowly along a lightline from a dock can produce some major blowups from big redfish and trout, and fighting a big fish at night on topwater lures is a whole lot of fun.

Fishing at night can be extremely good.  Lighted docks and bridge structures can offer some of the best night fishing to be found anywhere.

Kayak anglers who go out late at night should be sure to have a light on the kayak which can be easily seen. Late summer night fishing kayak anglers can encounter some of the most fantastic surface action imaginable.  All species of bass feed heavily on top late at night, and in saltwater, specks and reds congregate under dock lights to explode on shrimp and other small food things.

Kayak anglers need to make sure they have plenty of water or other drinks aboard. It’s easy to lose track of how far a kayak has been paddled, especially if the fish are biting, and a drink-less kayak angler can face a real problem. It’s important for a kayak angler to keep hydrated.

Also, at night, kayaks used for angling must have a light visible for safety reasons. It can be very hard for other boats, especially power boats moving at speed at night to see an unlighted kayak on the water. 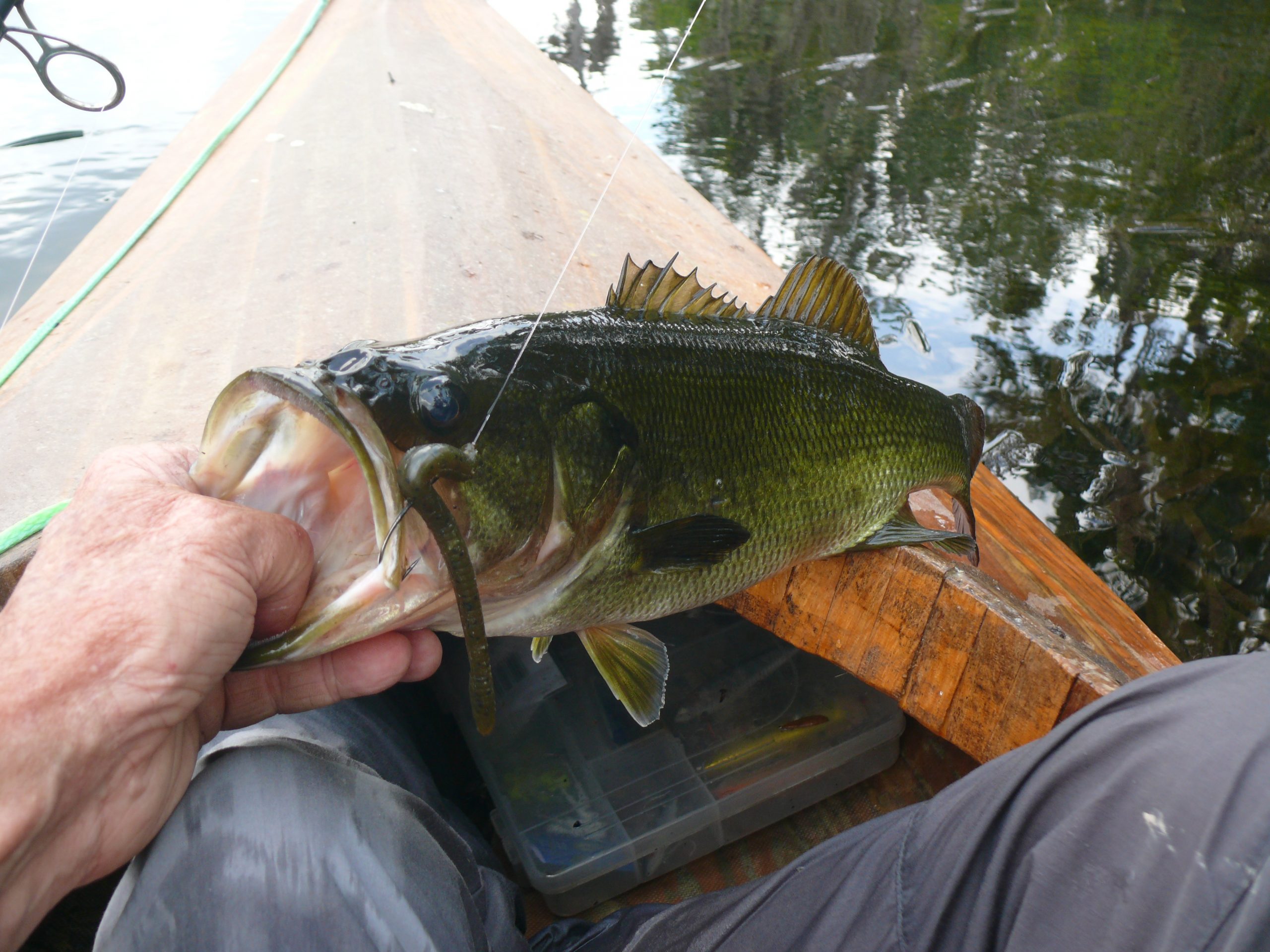 The big bass came to a kayak angler from its dark, shady hideout.

And the final kayak fishing tip for the summer, keep an eye on the weather. Kayak anglers don’t have much shelter when on the water, and those sudden pop-up thunderstorms which happen daily on the Gulf Coast and the Deep South can be very dangerous for kayak anglers. When the first rumble of thunder is heard, start looking around for shelter and start heading for safety.

As an added advantage kayak anglers have that bigger boat folks don’t, when caught in a sudden and sharp thunderstorm, kayak anglers can often take refuge from the rain and wind by carefully paddling the kayak under a dock structure. I’ve waited out any number of quick late afternoon thunderstorms by easing my kayak under a dock and letting the rain fall and the wind blow. I stayed dry and comfortable in my kayak. 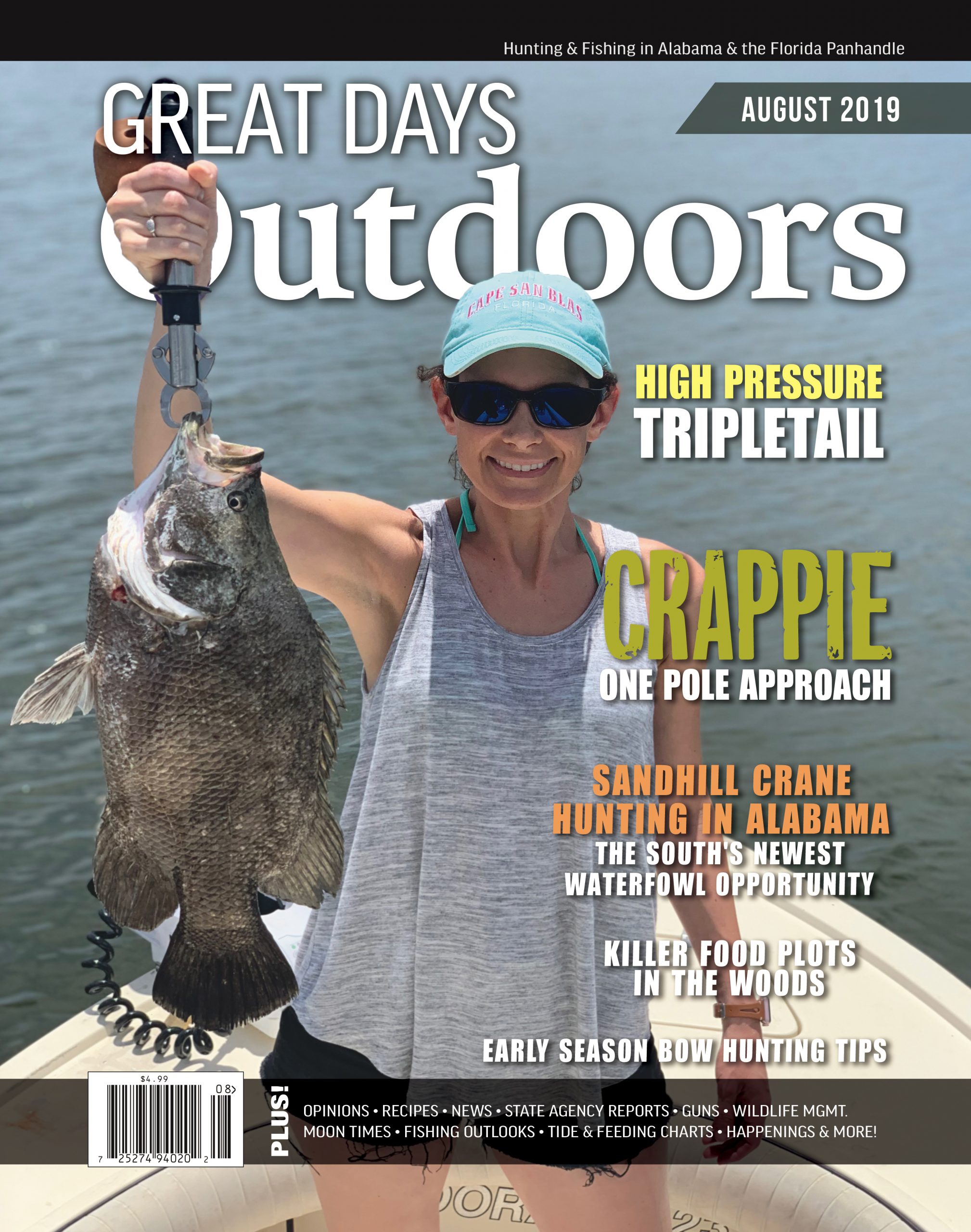 This article first appeared in the August 2019 print issue of Great Days Outdoors Magazine. For more great hunting and fishing content for the deep South, subscribe to Great Days Outdoors print and digital editions or click the image to download this issue.